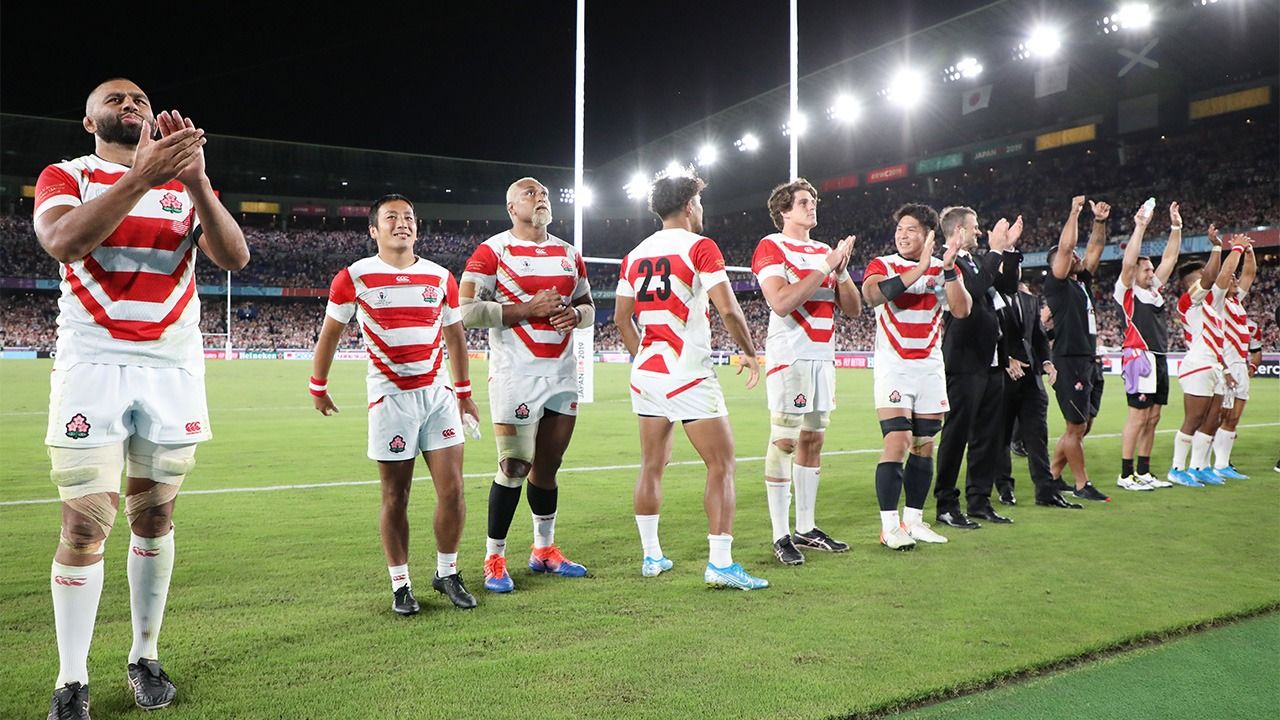 Sports Oct 17, 2019
The 2019 Rugby World Cup, hosted in Japan for the first time ever, has just two more games to go. Our bracket shows who plays when and where.

The 2019 Rugby World Cup kicked off on September 20 with a Japan victory over Russia. Twenty teams in four pools battled for the eight slots in the quarterfinal round; in the final pool stage match, Japan achieved another victory over powerhouse Scotland, securing its place among them.

Japan bowed out following a quarterfinal loss to a powerful South Africa side; the Springboks were joined in the semifinal round by England and Wales from the Northern Hemisphere and the All Blacks of New Zealand. Following an England upset of the top-ranked New Zealand side and a close victory for South Africa over Wales, the stage has been set for the final two matches, to be played on Friday and Saturday, November 1 and 2, Japan time.

Below we present the complete tournament bracket updated with this weekend’s matches. Who will hoist the Webb Ellis Cup on November 2? Stay tuned! 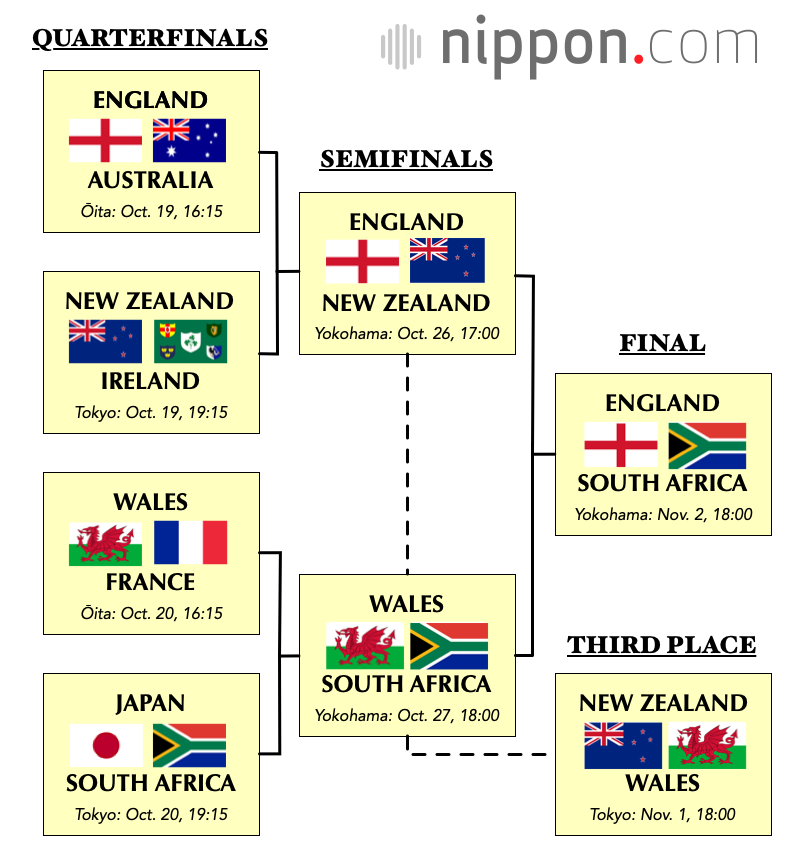 (Originally written in English. Banner photo: Members of the Brave Blossoms, with captain Michael Leitch at left, enjoy the applause after winning the final pool-round match against Scotland, played on October 13 in Yokohama. © Jiji.)