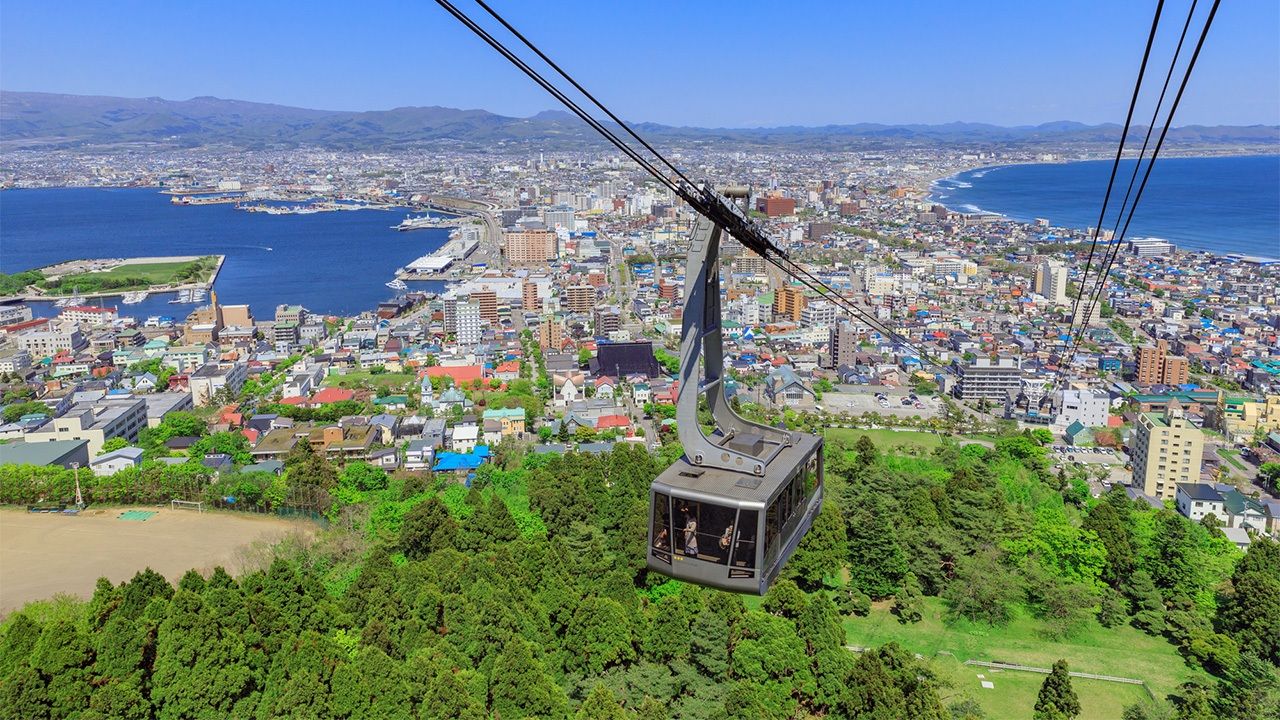 Society Oct 29, 2019
Hokkaidō once again topped the prefecture list in the Local Brand Survey 2019, and its cities Hakodate and Sapporo headed the municipalities ranking.

Hokkaidō was once again ranked as Japan’s top prefecture in the Local Brand Survey 2019, carried out by the Brand Research Institute. This is the eleventh consecutive year since 2009 that this prefecture has placed first. It also came highest for tourism motivation and rate of brand recall for regional food products. The top five prefectures, including Kyoto, Tokyo, Okinawa, and Kanagawa, which came second through fifth respectively, have all maintained their rankings for the last four years.

Osaka rose to a new high, coming in at sixth place. It also climbed to second place for best regional image due to hosting the Group of 20 Summit in June 2019 and being chosen as the venue for the 2025 World Expo. As the Mozu-Furuichi Kofun Group of burial mounds in the prefecture was designated as a UNESCO World Heritage Site in July 2019, the prefecture also rose from twenty-second to fifteenth place for having renowned regional heritage spots.

The bottom three prefectures were Gunma, Saga, and finally Ibaraki in forty-seventh place. This is the seventh consecutive year that Ibaraki Prefecture has ranked last.

Prefectures by Level of Attractiveness

Compiled by Nippon.com based on the Local Brand Survey 2019. 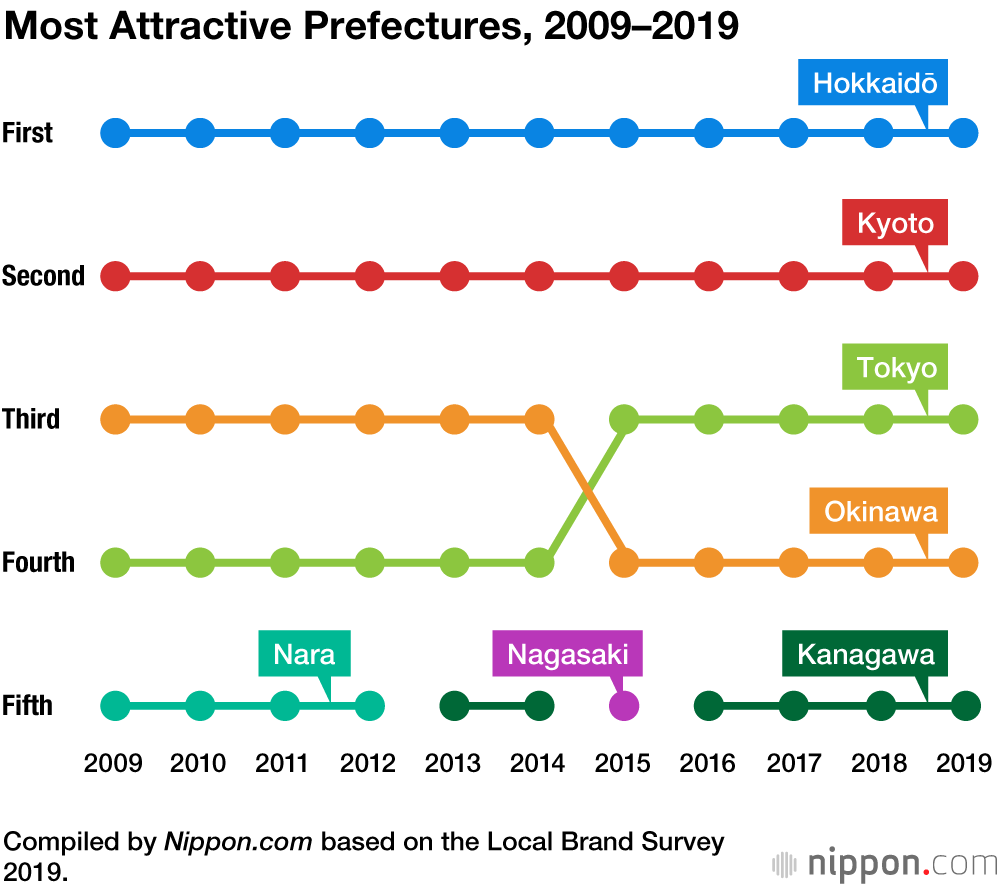 Hakodate in Hokkaidō ranked top as the most attractive municipality for the sixth time and for the second consecutive year. Sapporo, Otaru, and Furano also appeared in the top 10 in a clear indication of Hokkaidō’s brand power.

Compiled by Nippon.com based on the Local Brand Survey 2019. Municipalities in Hokkaidō are highlighted.

The Local Brand Survey has been held every year since 2006. It tallies and quantifies the responses of 30,000 people to questions regarding 1,000 municipalities in all 47 of Japan’s prefectures, gauging their awareness of the places, their motivation to tour them, their desire to reside there, and their evaluation of regional resources.