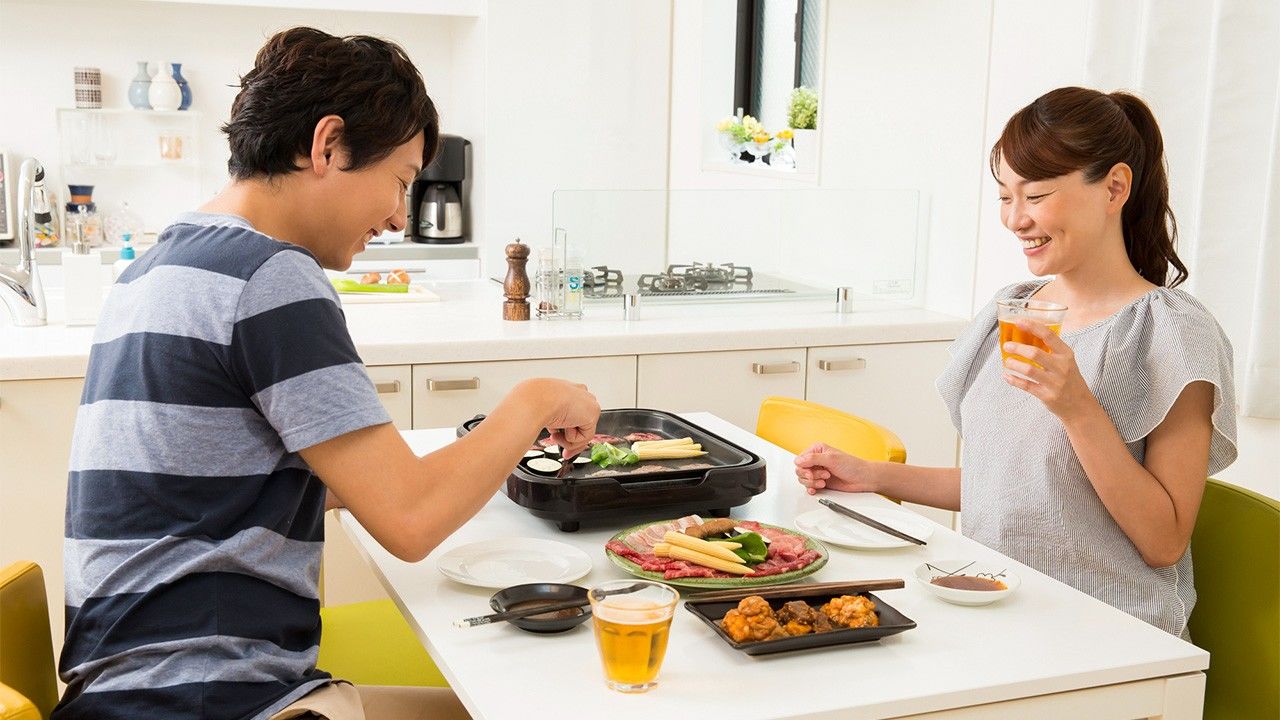 More Than Friends, But Not Quite Lovers: Japanese Marriage Trends

Society Family Nov 8, 2019
A recent survey revealed some interesting facts about married Japanese couples, including their tendency to often eat dinner together but rarely have sex.

A national survey on household trends found that although around 90% of Japanese married couples eat dinner together, only a quarter of them regularly or sometimes have sexual relations. The image of relationships that emerges from the survey, conducted every five years by the National Institute of Population and Social Security Research, is that married couples are good friends but not lovers. 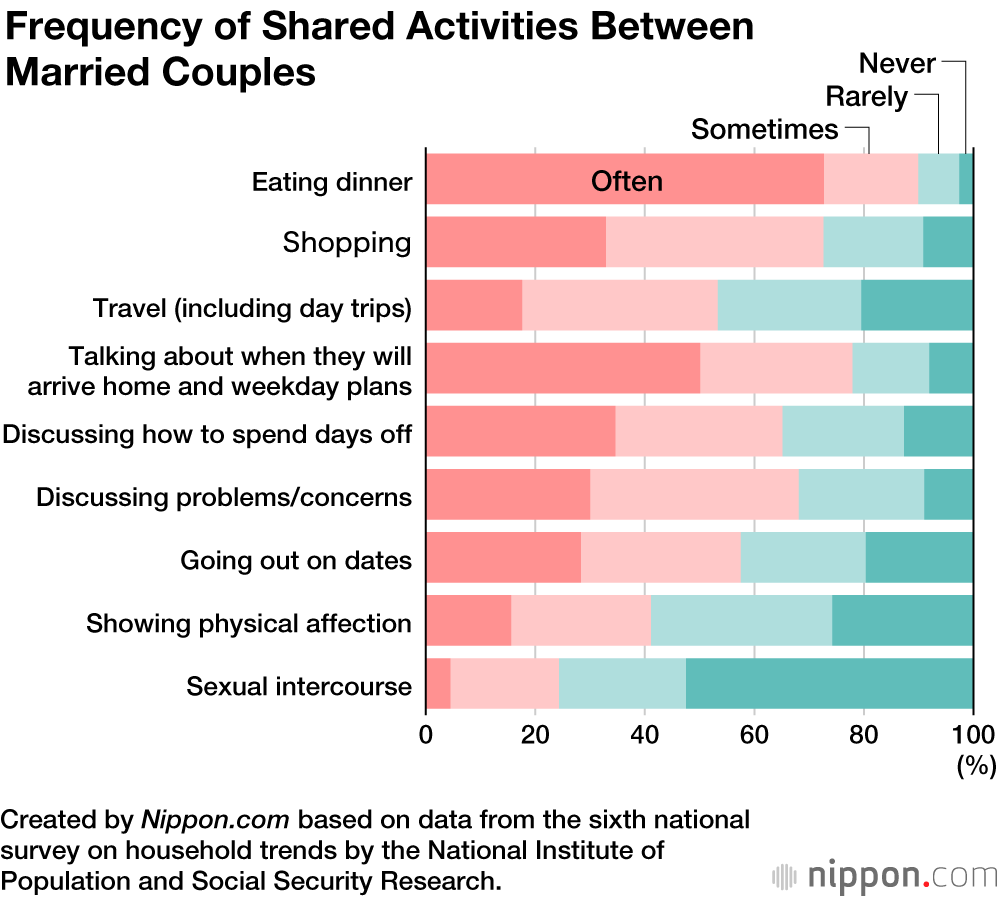 Among the roughly 90% who said that they eat dinner with their spouse, 72.8% reported that this occurs “often,” making it the only shared activity that more than 50% of the respondents engage in often.

Conversely, the number of those who reported that they never show physical affection or have sexual intercourse exceeded the number who did. In particular, just 4.5% of the married couples said that they often have sex, as compared to 52.6% who have no sex at all.

Across all age groups, around 80% to 90% of the married couples surveyed said they have dinner together, but only among those where the wife was aged 29 or younger did the number of those having sexual relations exceed those who are not. 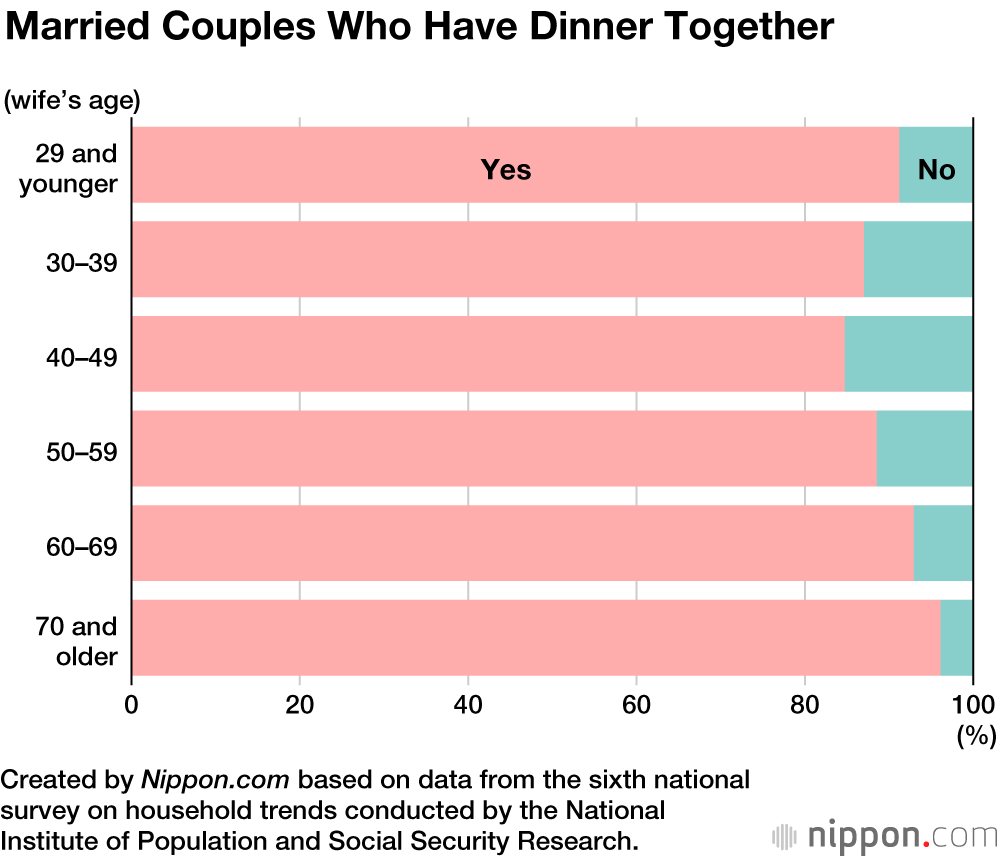 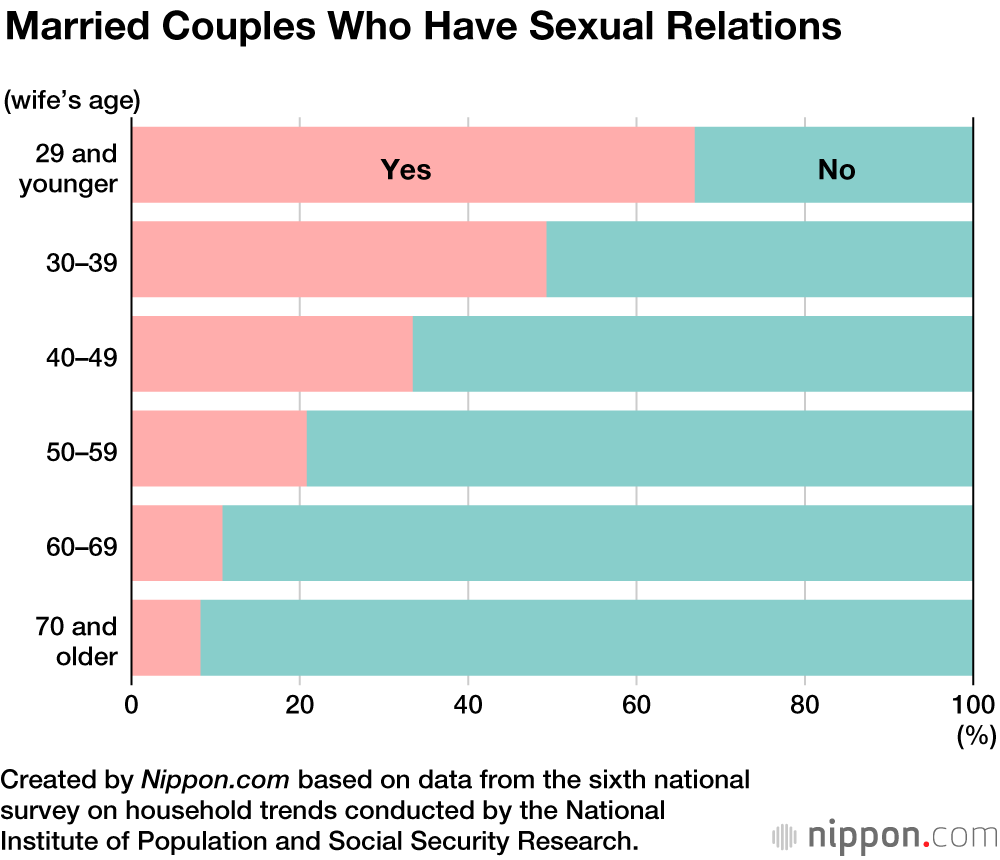