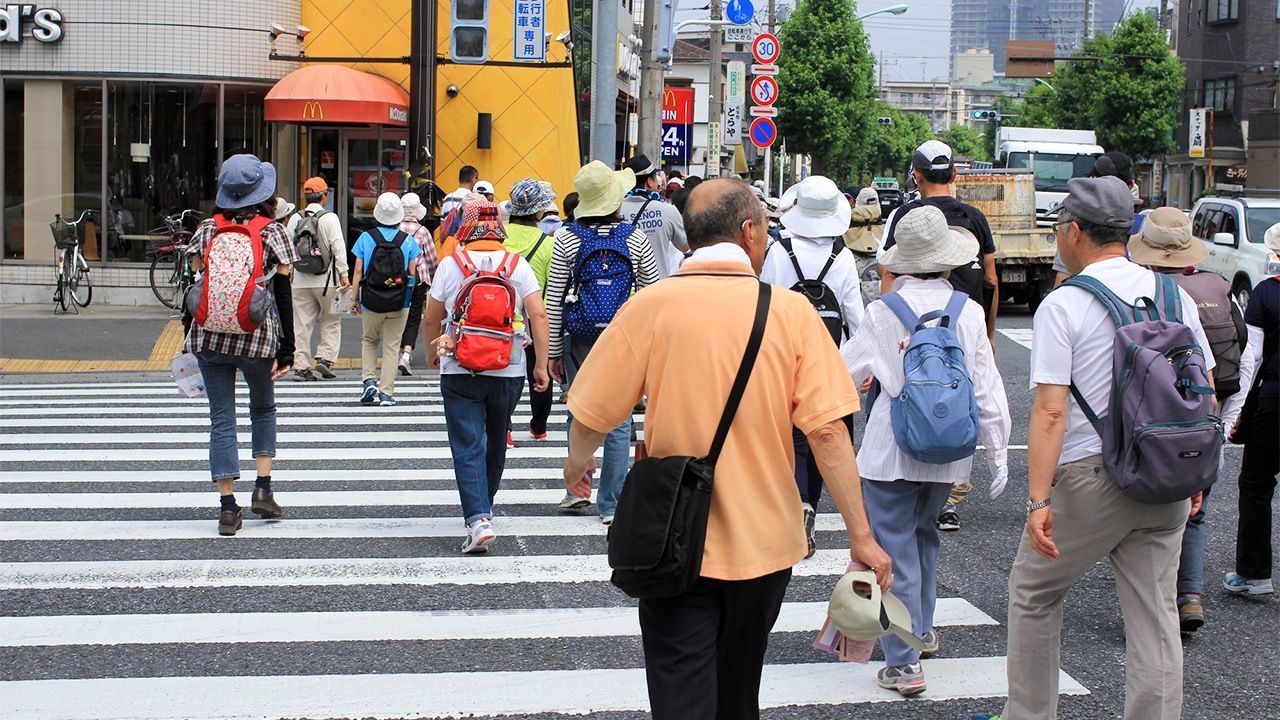 Society Nov 26, 2019
Japan’s aging population is not just an issue in regional prefectures, and will also have implications in big cities.

The National Institute of Population and Social Security Research estimates that the population of Japan will decrease by more than 20 million in the three decades from 2015 to an expected 106.4 million in 2045. The number of people is particularly decreasing in rural rather than urban areas, with many prefectures facing drastic drops of 20-30% compared to the 2015 population figures.

Comparison of Population Figures for 2015 and 2045 (million people)

Compiled by Nippon.com based on data from the National Institute of Population and Social Security Research. The table shows the top five and lowest five prefectures by population in descending order as of 2015. This order changes in the estimates for 2045.

Meanwhile, Japan’s society will continue to age. By 2045, 30% of the population in both Akita and Aomori Prefectures will be over 75 years old. In Tokyo, this elderly population is expected to remain around 16.7% due to the influx of younger people, so compared to regional prefectures, it may appear that it will not be such a big issue.

Population and Percentage of People Aged 75 and Over in 2045

Compiled by Nippon.com based on data from the National Institute of Population and Social Security Research.

The fact is though that the total population and rate of increase for seniors over 75 is higher in cities than in rural areas. Compared to 2015, this aged population is set to increase most in prefectures with large cities, especially Tokyo and Osaka. 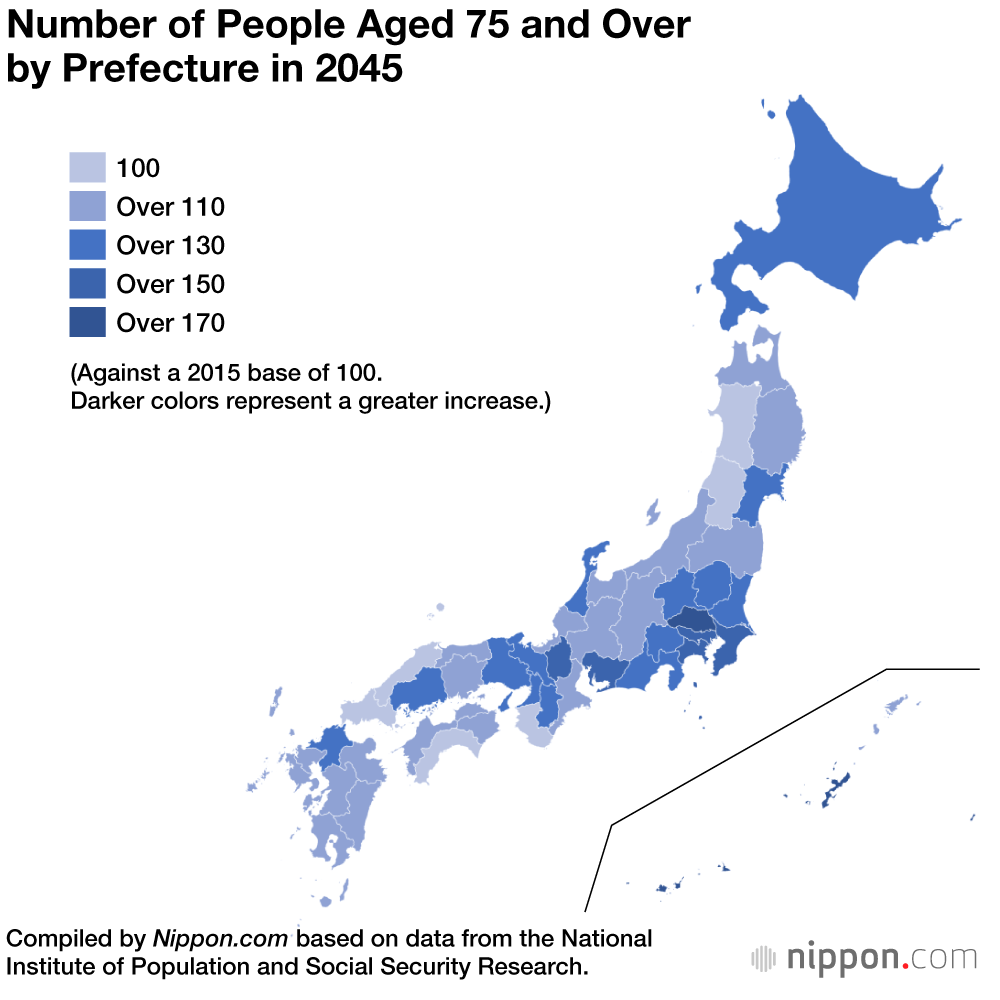 The total number of seniors aged over 75 in Tokyo will rise from 1.47 million in 2015 to 2.27 million in 2045. While their ratio in the metropolitan population will remain low, it means that elderly seniors in numbers four times the current population of Tottori Prefecture will live in Tokyo. This gives an idea of the impact that cohort will have on the capital.

And even now, the shortage of care facilities and care workers is a huge social issue. With the number of elderly people set to rise further moving toward 2045, the questions being asked are can a system be implemented that provides sufficient care and can it protect vulnerable seniors in times of disaster? Urban areas in particular need to develop strategies to address this. 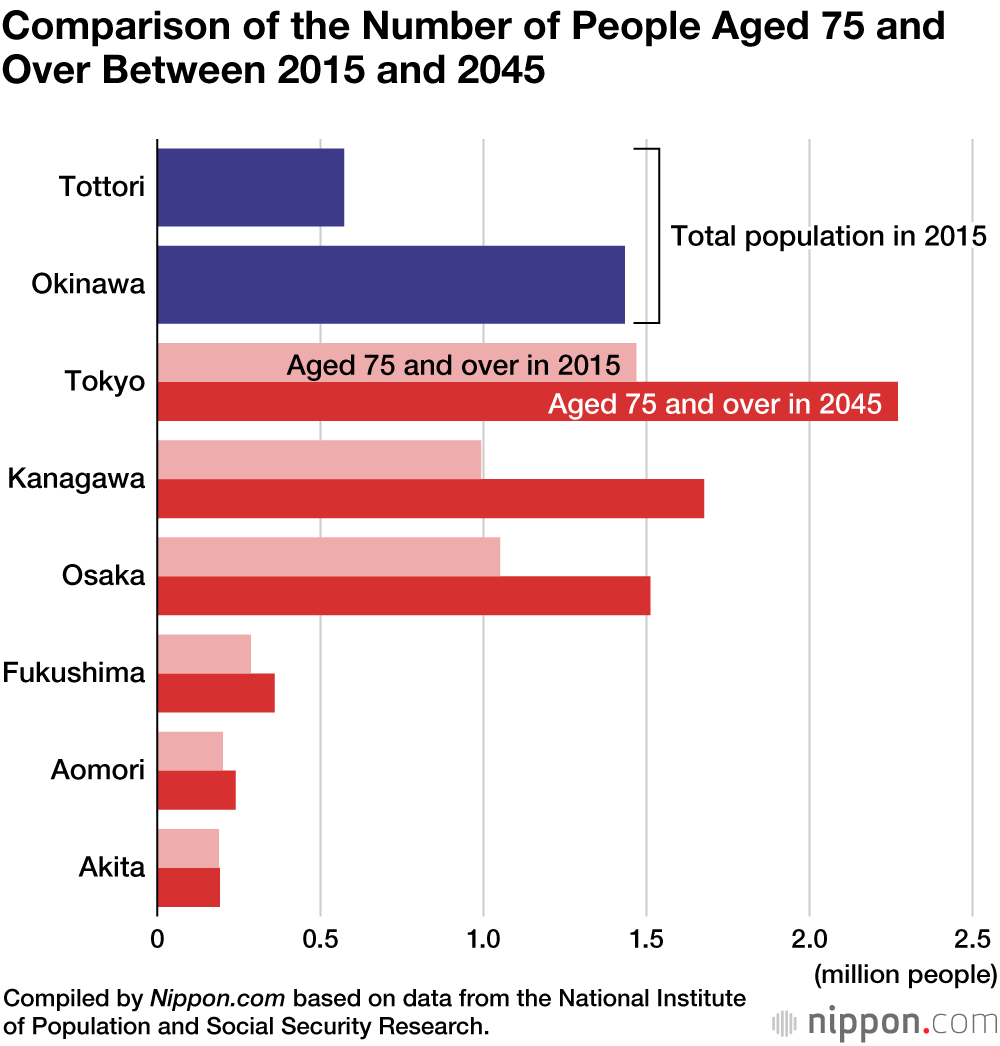