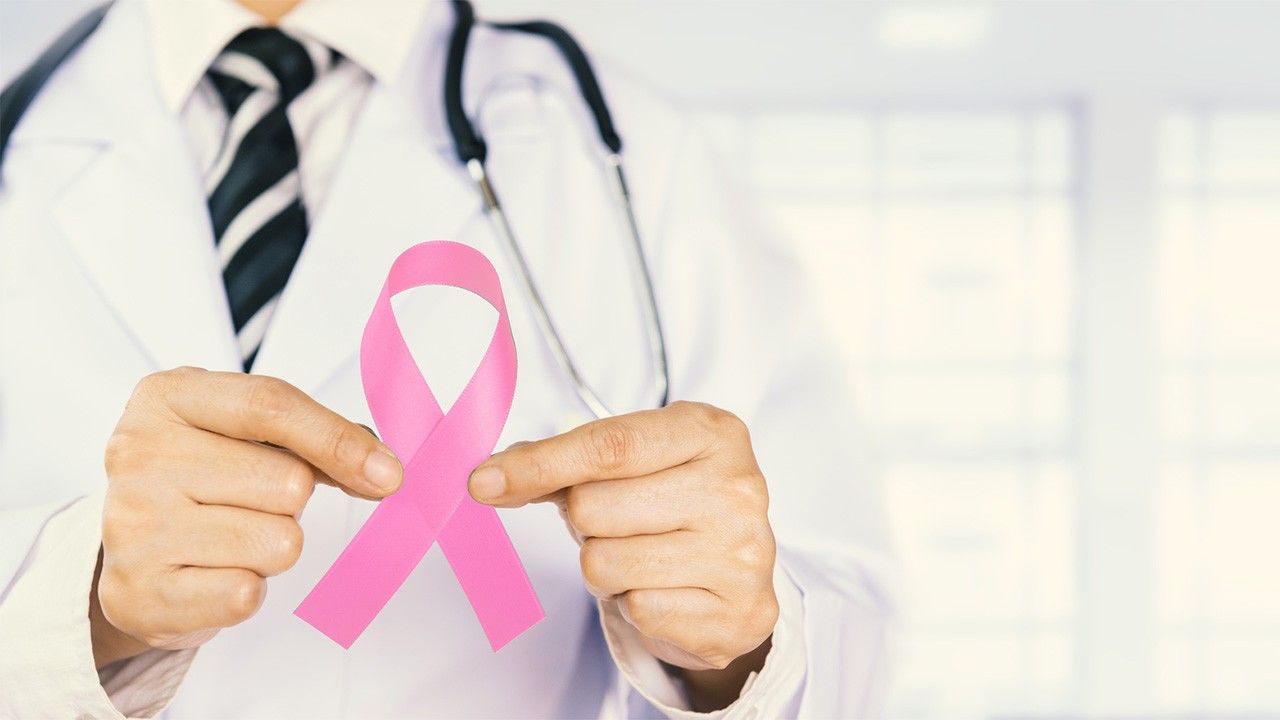 Society Health Nov 28, 2019
A study has revealed that 75.9% of adolescents and young adults aged 15–39 who are undergoing cancer treatment are women. Overall for the age ranges, the ratio of male cancer patients was slightly higher; however, this switches drastically to women in this cohort.

In October, the National Cancer Center Japan and the National Center for Child Health and Development released a report summarizing registered data from 844 medical facilities’ cancer departments in 2016 and 2017. The report focused on 83,439 patients under 40 years old who had begun initial treatment for cancer. A previous report made the differentiation between those under 20 years old and those aged 20 and over. This is the first time that a comprehensive study of patients aged 15 and over—the AYA generation, for adolescents and young adults—has been done.

According to this new report, there were 6,667 cases involving children and 76,822 cases involving adolescents and young adults. Among child patients aged 15 and younger, 44.6% were girls, meaning a minimal difference between the ratios of girls and boys. However, this increased drastically to 75.9% women in the AYA generation. The percentage of women overall in all age ranges remained at around 43% (2016 statistics), making this high AYA rate very prominent. 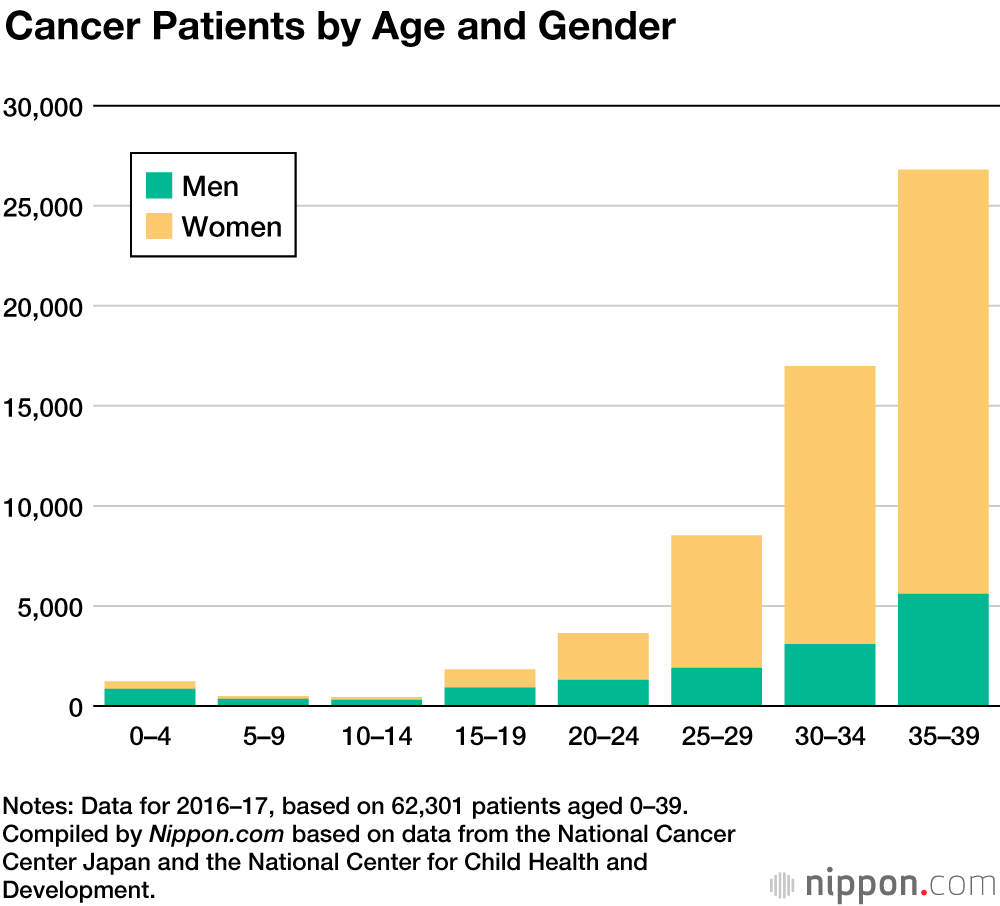 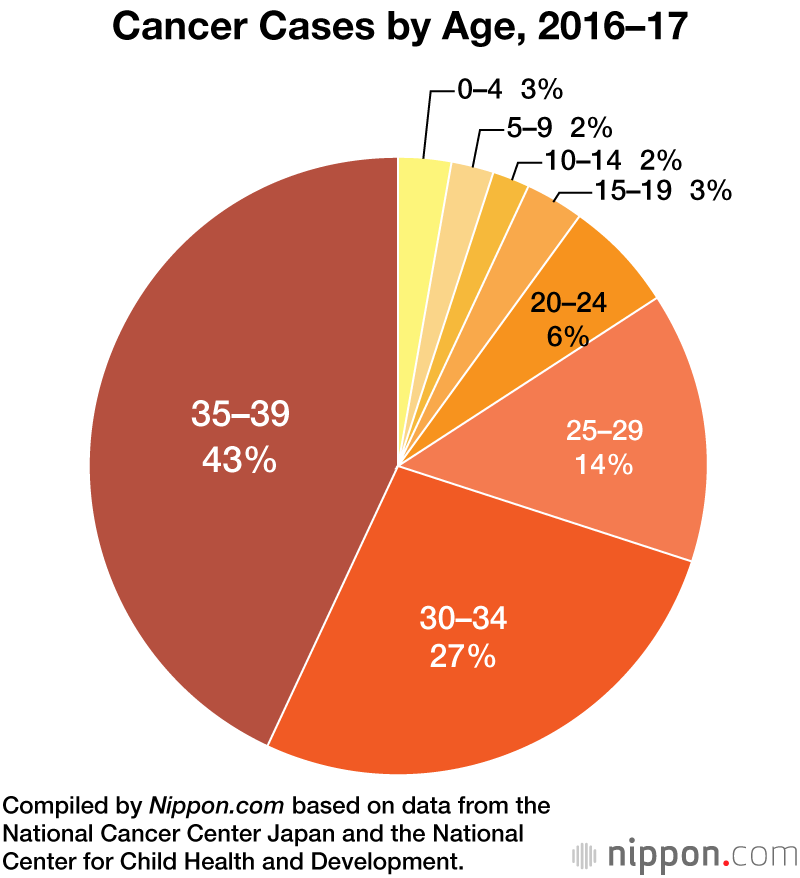 Both centers involved in the report indicated that the rapid rise in cancer among patients aged 25 and up is thought to be due to an increase in cases of cervical and breast cancer in women.