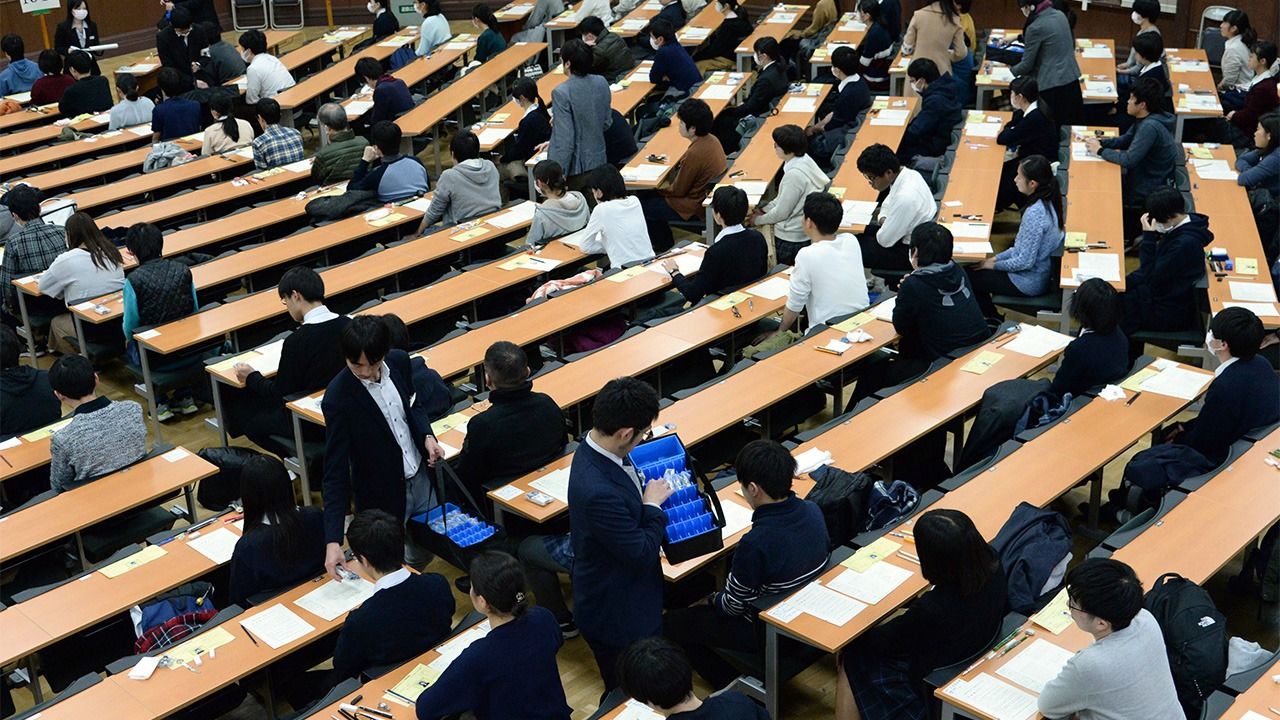 Society Education Dec 5, 2019
Japan will hold its final National Center Test for University Admissions in January 2020, with a revamped test in the works for 2021.

Japan is changing its most popular university entrance examination. The National Center Test for University Admissions has been used by many private as well as national and public universities since replacing the Common First-Stage Examination in 1990. Approximately 850 universities and junior colleges are scheduled to use the last center test in January 2020. From 2021, however, the new Common Test for University Admissions is intended to more broadly test applicants’ abilities with less reliance on the multiple-choice format. 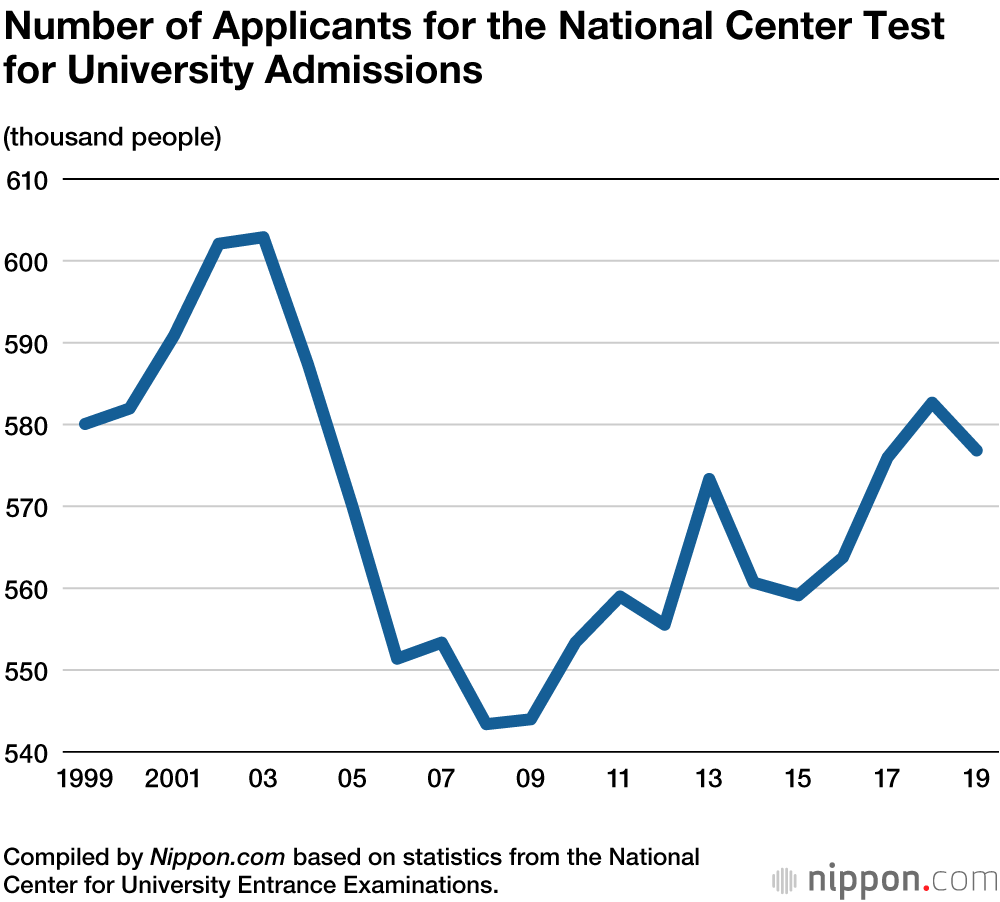 The ratio of high school students who continue to four-year universities as of April 2019 was the highest on record at 53.7%, a huge increase from 20 years ago when it stood at 38.2%. However, during that time, the population of 18-year-olds has fallen from 1.5 million to under 1.2 million, so the number of applicants for the National Center Test for University Admissions has peaked. The number of applicants is likely to continue to drop after the transition to the new common test. 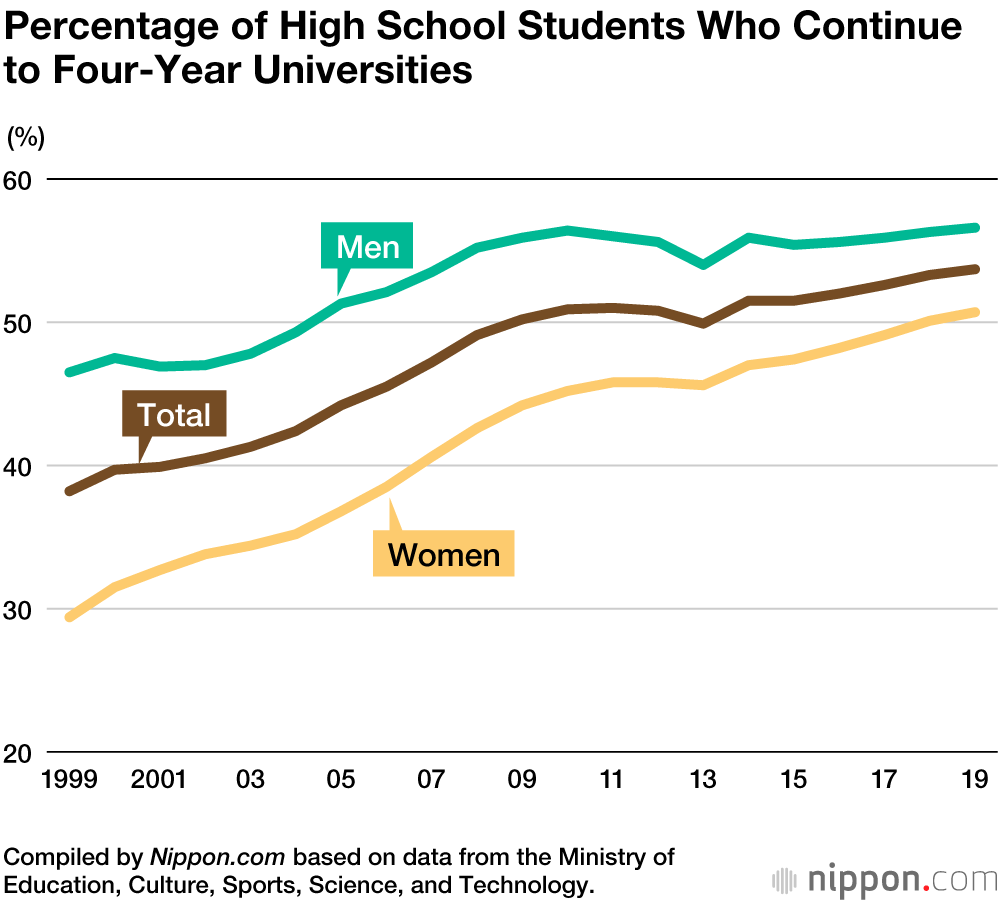 The new common test aims to measure the ability of students to discover and solve problems for themselves. Emphasis will be put on their ability to think, make judgements, and express themselves. As well as including written sections for math and Japanese, there were plans to evaluate all four skills for English, including speaking and writing as well as reading and listening. However, since the government recently decided against the use of private English tests, it is unclear what will happen in this subject area.

(Translated from Japanese. Banner photo: Staff hand out listening equipment to test takers at the National Center Test for University Admissions at University of Tokyo on January 19, 2019. © Jiji.)