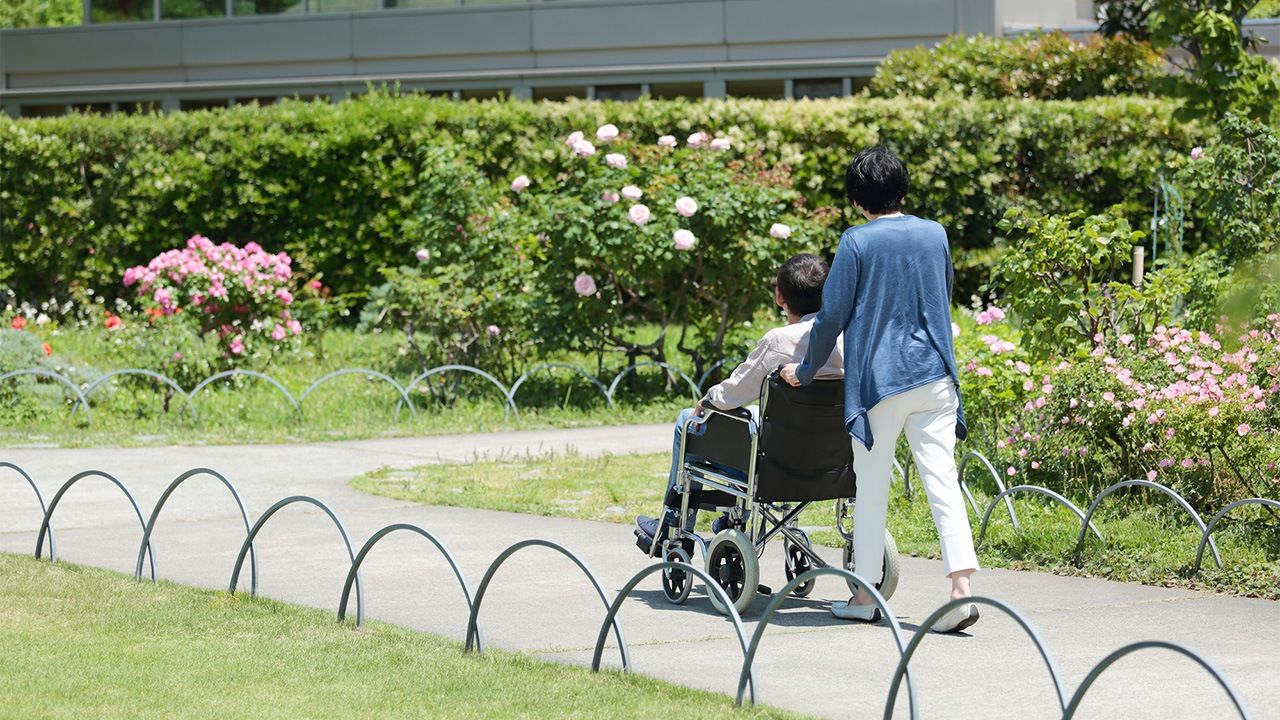 Society Family Dec 11, 2019
Many Japanese people in their forties and fifties are worried about their parents developing dementia, but they may not be fully prepared to face that actuality.

A survey by Asahi Mutual Life Insurance of 1,100 Japanese people in their forties and fifties has revealed that many were concerned about the approaching need to care for their parents. They were most worried about their parents’ health condition (65.0%), followed by whether or not they will develop dementia (49.2%). 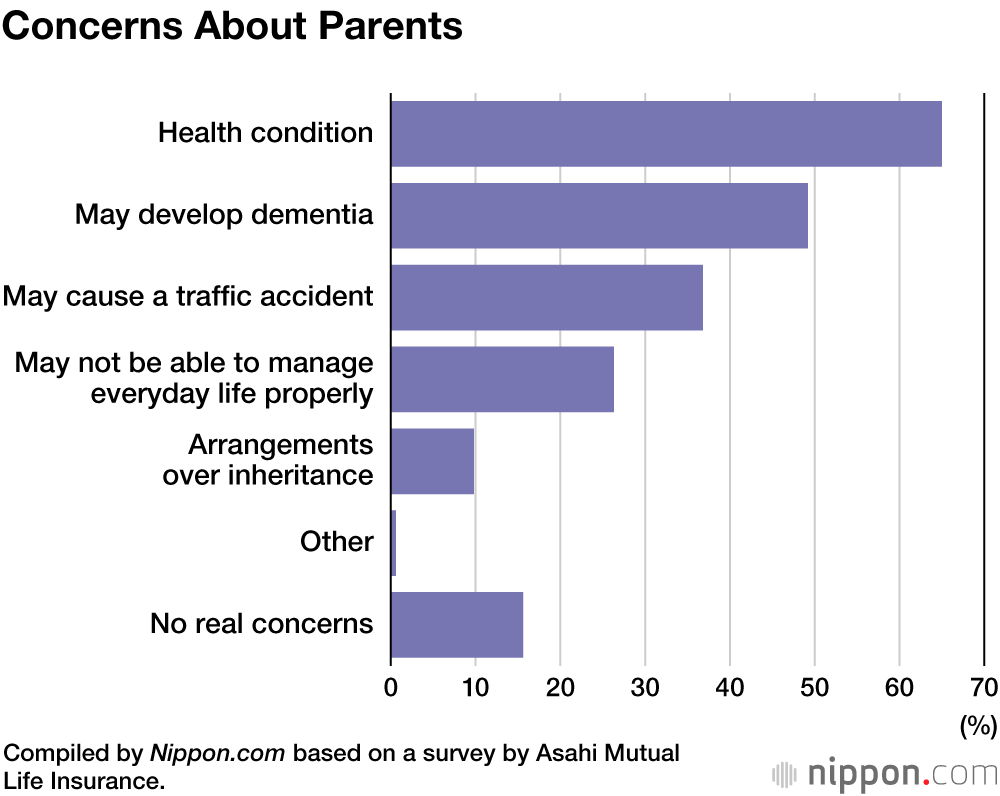 When asked if they had talked directly to their parents about their concerns, 48.9% of women answered that they already had, while only 38.8% of men gave the same reply. Additionally, 22.9% of men said that they haven’t talked to their parents and find it extremely difficult to do so in comparison to 14.7% of women. Men seem more reluctant to face their parents growing older.

When people were asked about when they thought their parents might develop dementia, 12.6% answered that it could happen within the next five years, 14.5% believed it would be more than five, but less than ten years in the future, and 30.5% said it would likely happen, but they were not sure exactly when. So, in total, 57.6% expect that at some point their parents will develop dementia.

Asked if they knew that when someone develops dementia, their assets are frozen, making it difficult to withdraw bank savings or sell real estate, 84.6% answered that they either were only slightly aware or had no knowledge of this. Perhaps this is the reason why a total of 76.4% have not talked to their parents about disposal of their residence or have talked about it, but not yet made a decision. 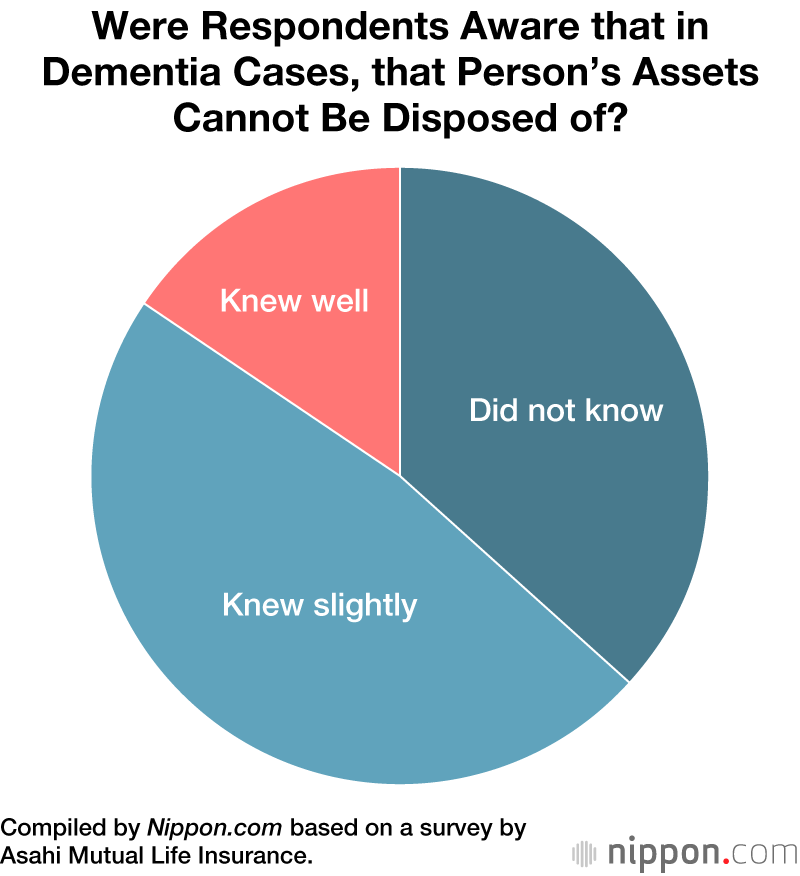 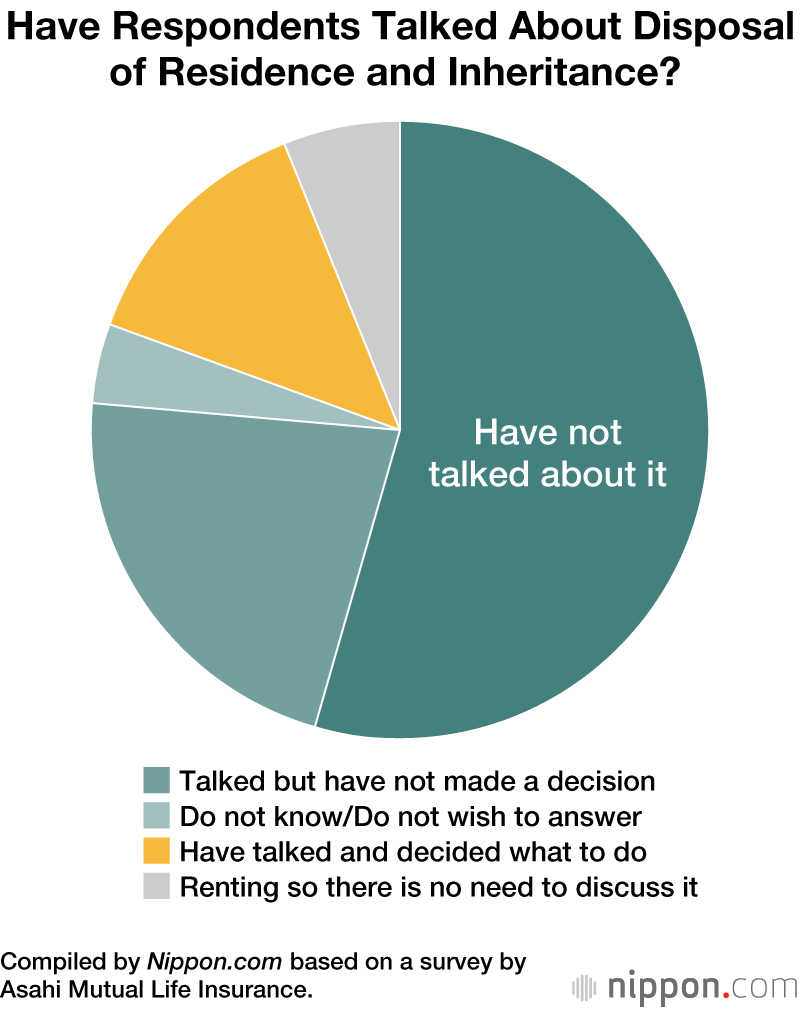 While many in their forties and fifties acknowledge their parents are aging, they are not yet making definite preparations for that eventuality.