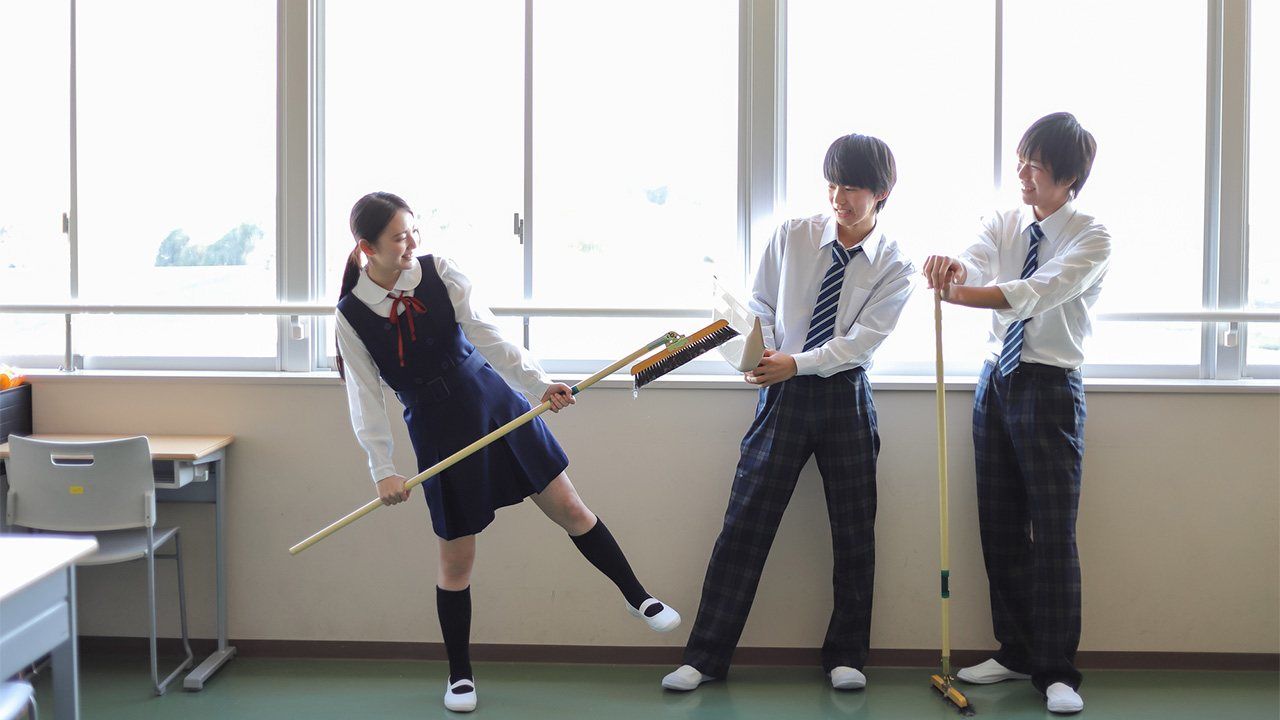 Society Education Dec 12, 2019
Japan may be an affluent, safe country with a high level of education, but its young people seem to lack hopes and dreams.

When the Nippon Foundation surveyed 9,000 18-year-olds in nine countries, it found that less than 10% of the Japanese respondents thought that their own country will get better in the future, and under 20% believed that they can change their country and society through their own efforts. The results suggest that, despite living in the world’s third-largest economy, young Japanese people lack hope and a desire for social change.

It was common among other Group of Seven countries surveyed—the United States, Britain, and Germany—for young people to think that the future of their own country will not improve. But Japan was far and away the country whose 18-year-olds had the dimmest view of the future. In contrast, 96.2% of the Chinese surveyed thought their own country will get better in the future, while a mere 0.1% thought things will get worse. 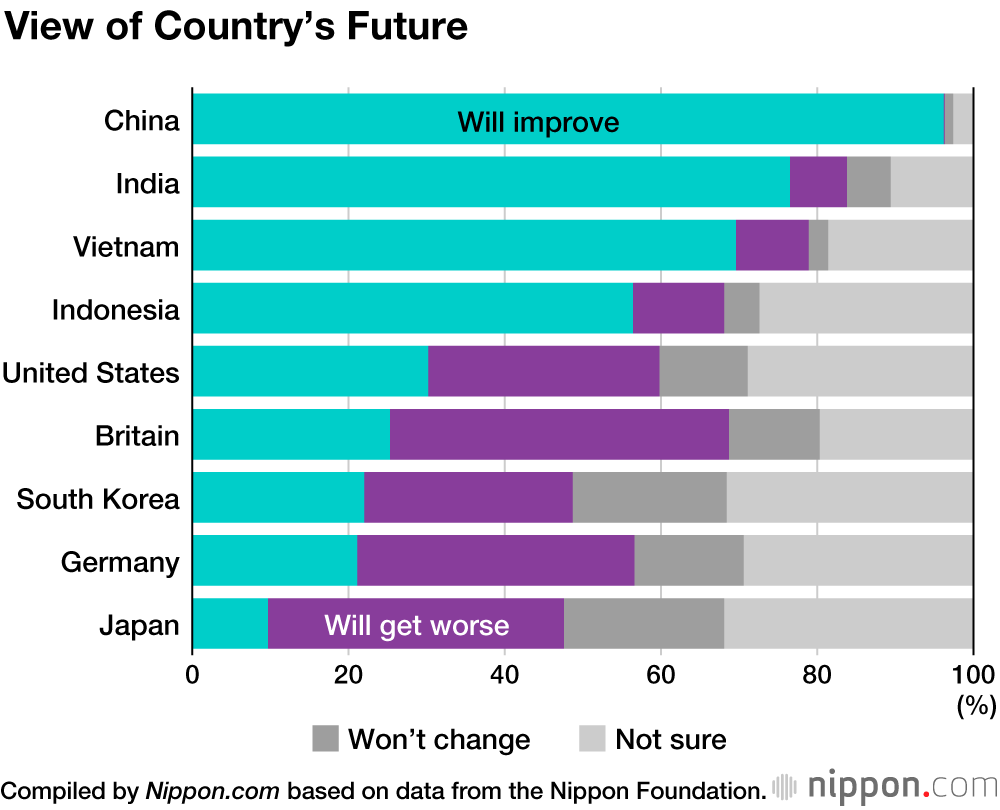 Only 46.4% of Japanese 18-year-olds said that there are social problems they want to solve—the lowest level among all countries surveyed. It is not clear whether affluence or apathy accounts for how this indifference about solving social problems can coexist with a negative view of the future. 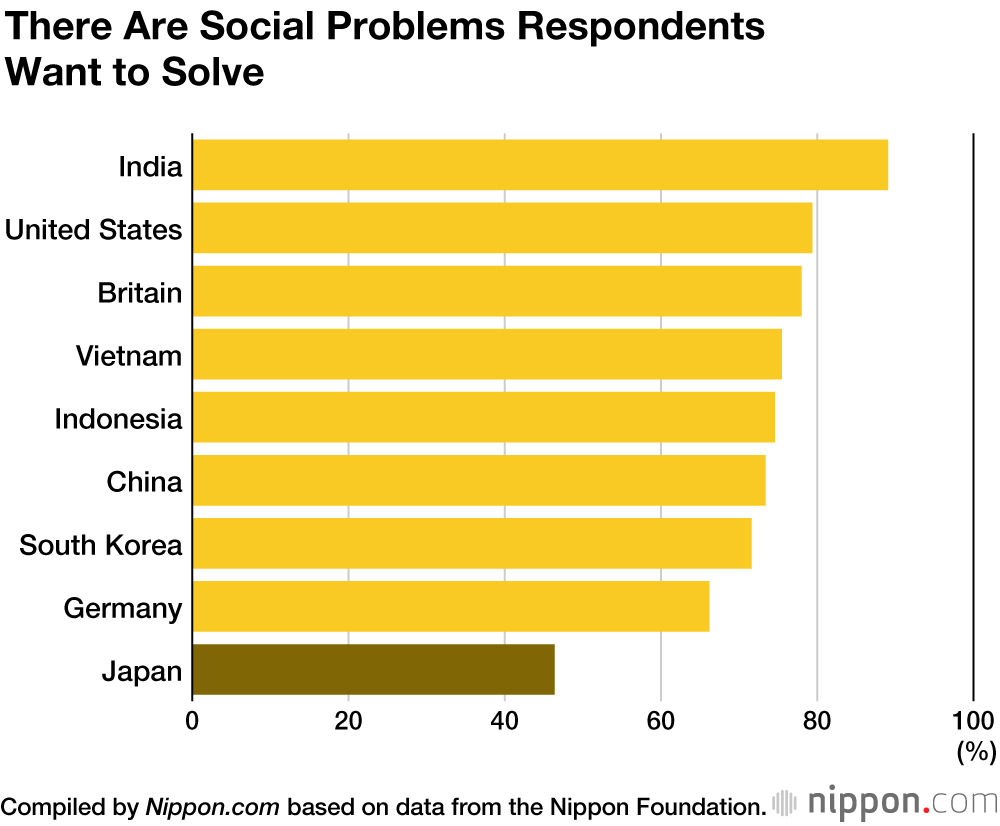 Fewer than 20% of the Japanese youth surveyed believed that they can help change their country and society—by far the lowest level among the countries surveyed and less than half of the level of South Korea, which was the country with the next lowest level. Moreover, very few Japanese surveyed said that they are proactively discussing social issues with those around them. 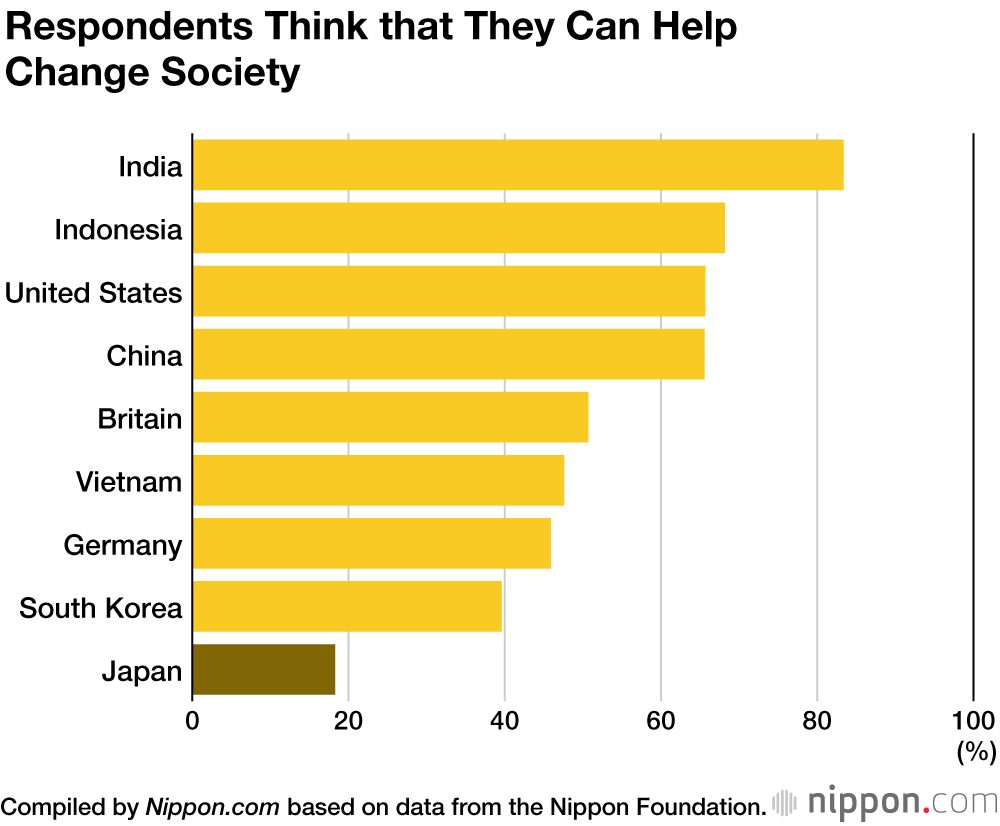 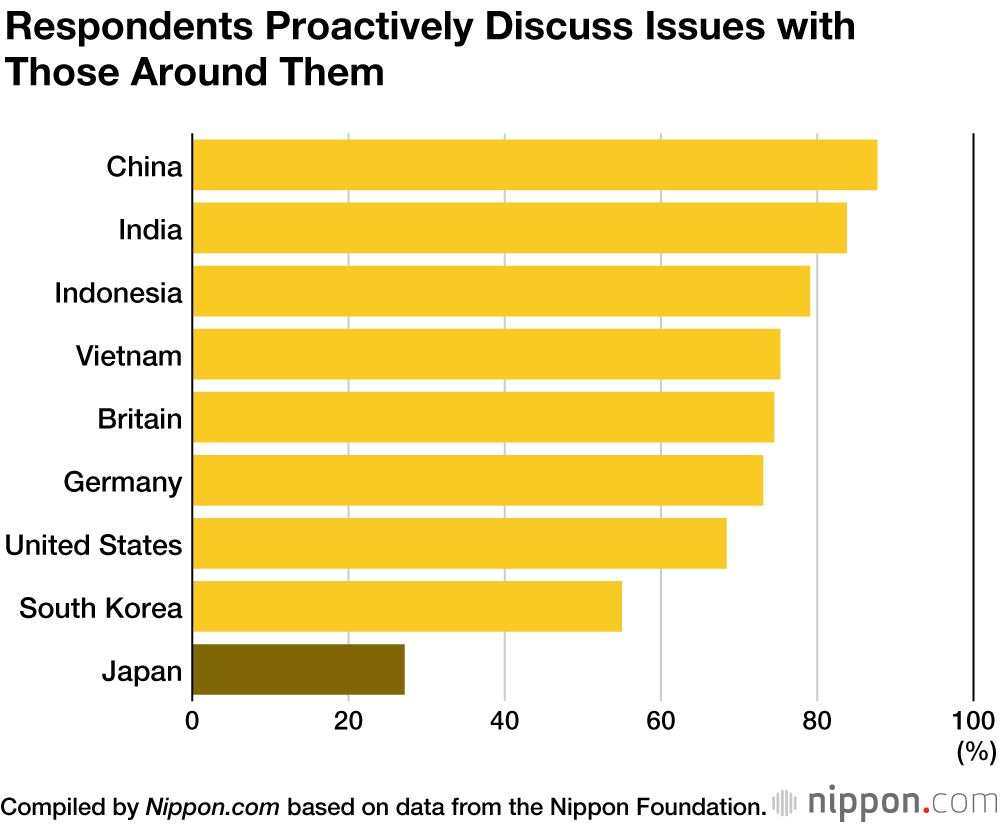 One reason for this result may be that less than half of the 18-year-olds surveyed view themselves as responsible members of society and under 30% of them actually consider themselves adults. 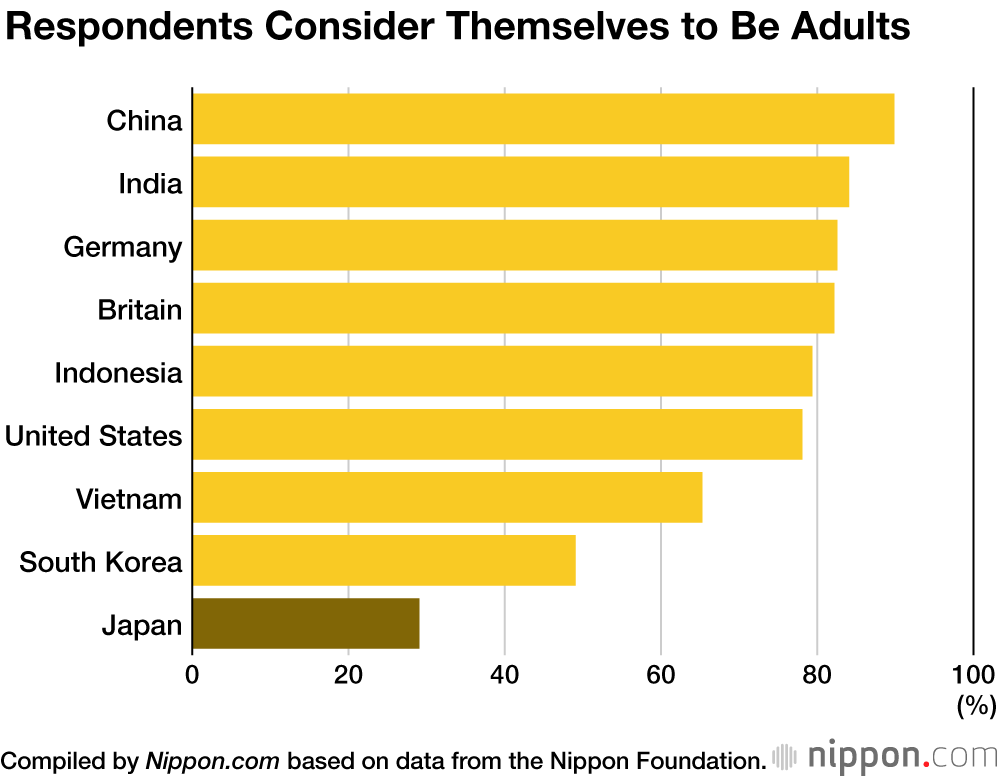 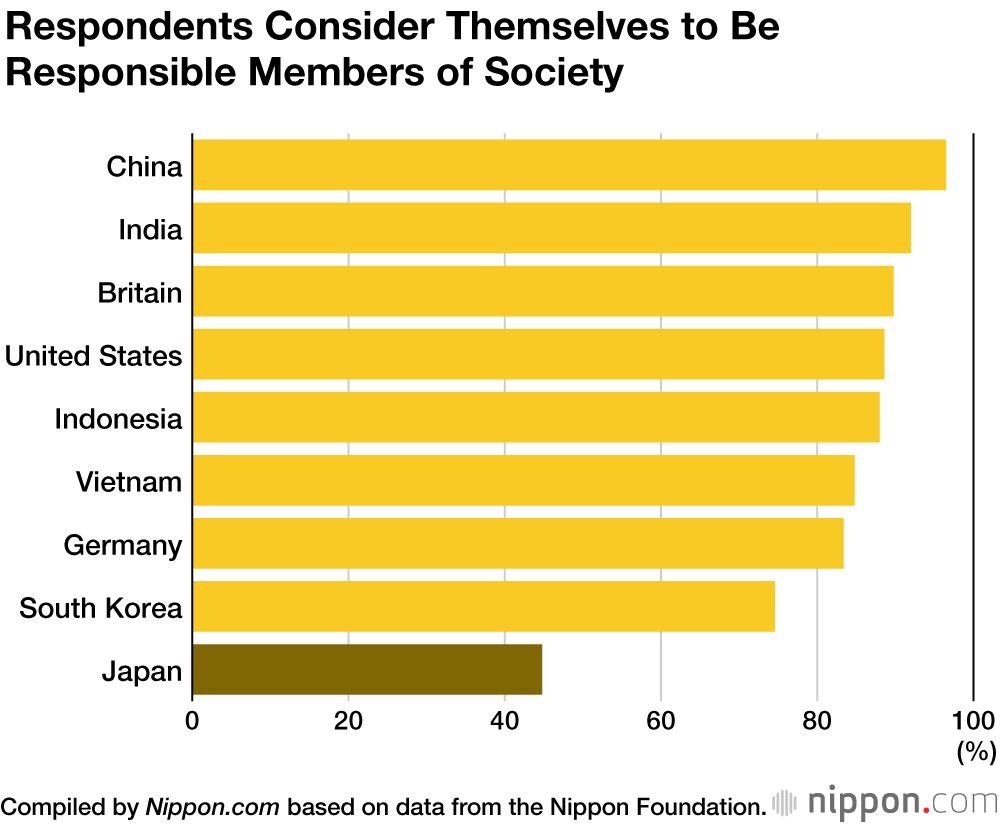 Even if their social awareness is low, young people can have a positive outlook if they are pursuing their own future ambitions. But Japan also ranked lowest in the percentage of those who have a future dream—the only country where under 80% had such aspirations. 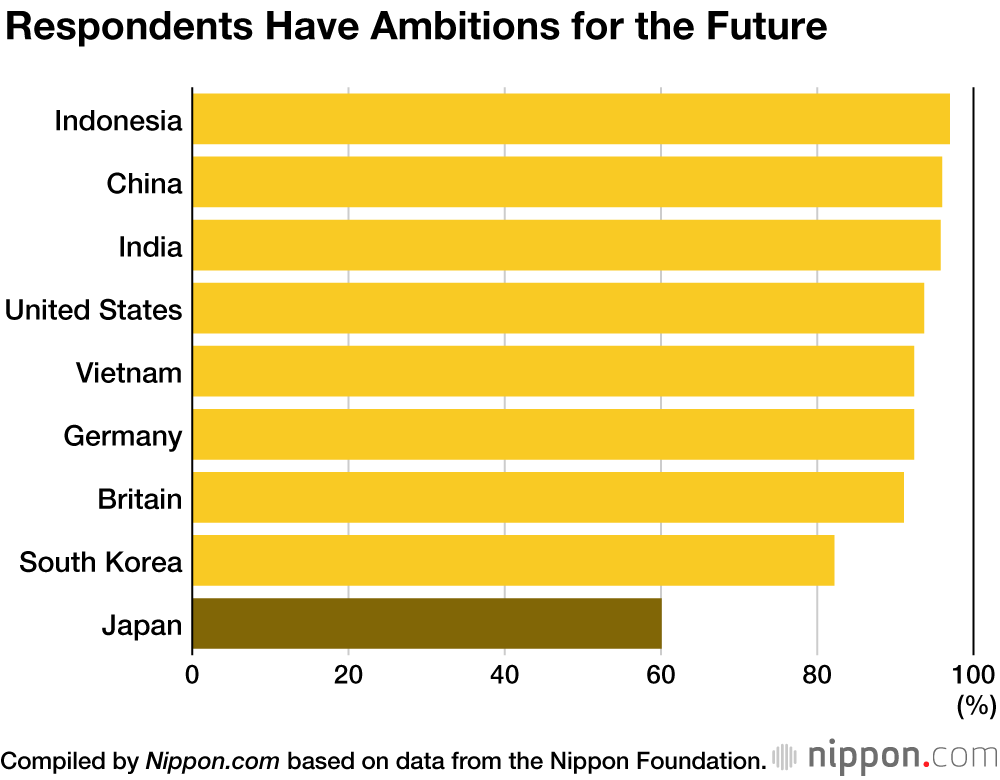 If we are entering an era of 100-year lifespans, that is going to seem like a very long time indeed to those lacking hopes and dreams. Perhaps there is a need to consider why Japanese society as a whole is lacking in hope, rather than only young people.