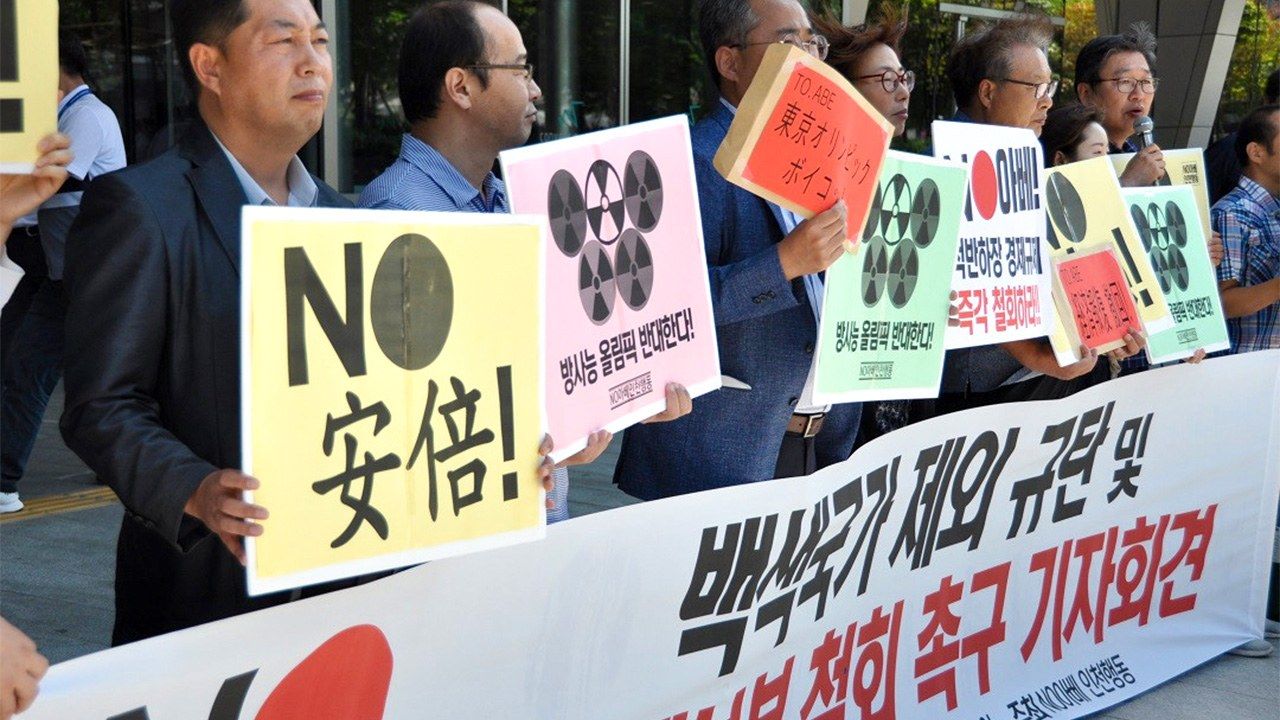 Society Economy Dec 16, 2019
The prolonged conflict between Japan and South Korea over trade regulations is having a worsening impact on economic activity.

Figures announced by the Japan Tourism Agency show that the number of South Korean tourists to Japan fell by 65.5% or 197,300 people in October 2019 compared to the same month the previous year and that this is the fourth month in a row that these figures have dropped. Further, according to a provisional trade statistics report for October 2019 released by the Ministry of Finance, Japanese exports to South Korea fell by 23.1% to ¥381.8 billion in comparison to October 2018. This is the twelfth consecutive month that these figures have decreased.

The year-on-year decrease in tourists worsened each month from July (7.6%) through August (48.0%) and September (58.1%) to the 65.5% drop in October. Overall, October saw a year-on-year fall of 5.5% to 2.49 million tourists, a downturn from the 5.2% increase in September. While the holding of the Rugby World Cup meant a significant increase in visitors from participating countries, it was not enough to offset the huge drop in South Korean tourists. 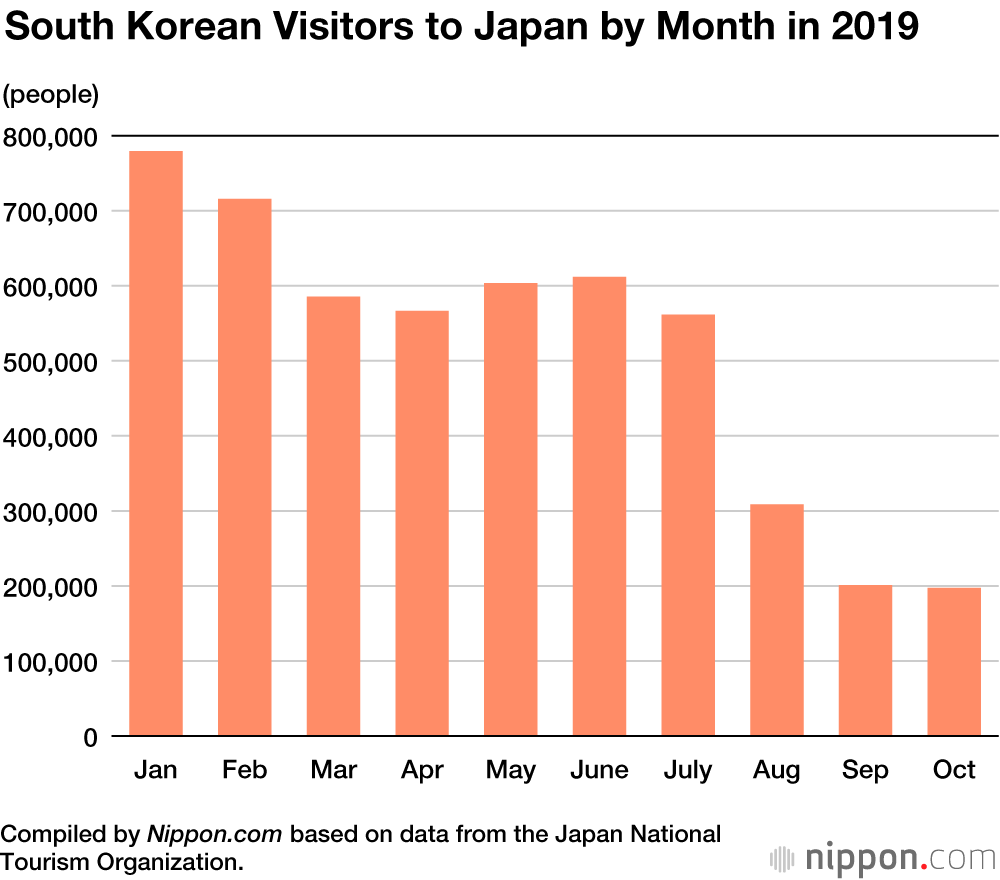 Since the start of 2019, the total value of exports to South Korea has seen year-on-year decreases of around 10% each month, but this became a steeper decline in October. Huge drops were seen in food goods (58.1%) and automobiles (70.7%), fueled by the boycott of Japanese products. Exports of beer have dropped to zero.

Value of Exports from Japan to South Korea

Compiled by Nippon.com based on trade statistics data from the Ministry of Finance.

(Translated from Japanese. Banner photo: Members of a citizen’s organization protest against the administration of Prime Minister Abe Shinzō outside the Japan-China-South Korea Tourism Summit venue on August 30, 2019 in Incheon, South Korea. © Jiji.)