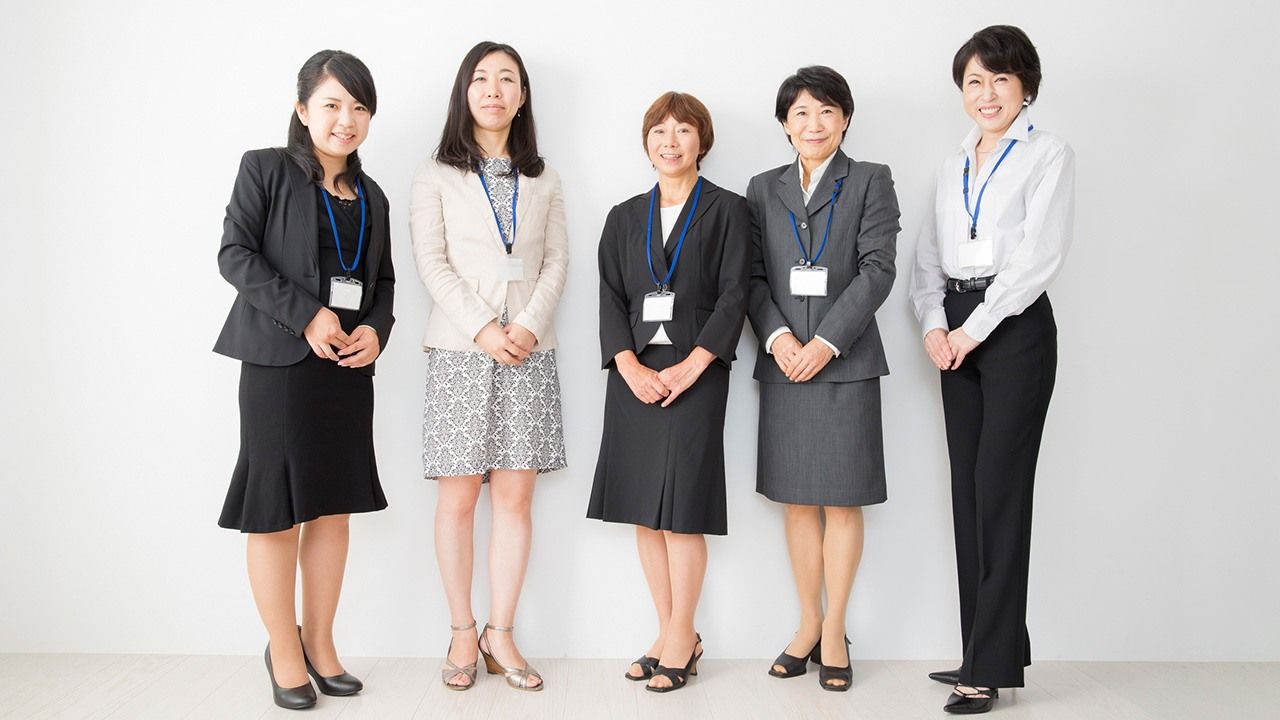 Society Dec 17, 2019
As a Japanese online movement targets company rules forcing women to wear high heels, what do employees think about rules on clothing and appearance?

In a recent survey on gender differences in company regulations conducted by the Japanese Trade Union Confederation (Rengo), 57.1% of respondents answered that they have rules on clothing and appearance at their workplace. Among those who indicated there were different rules for men and women, 22.6% said these were connected with clothing, 9.1% were on what colors could be worn, and 16.8% on what type of shoes. 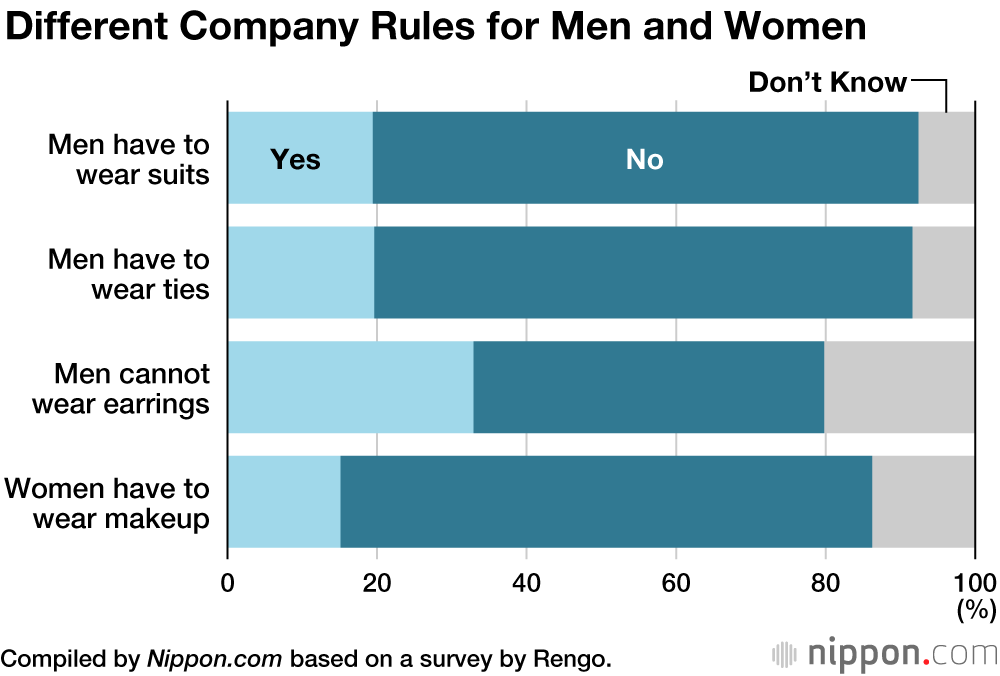 When asked their opinions about rules on clothing and appearance, 49.8% of men and 60.0% of women answered that they felt basic rules were enough. Combined with those who answered these matters should be left to the individual and those who said there should be no rules at all, this amounted to around 70% of men and 80% of women. 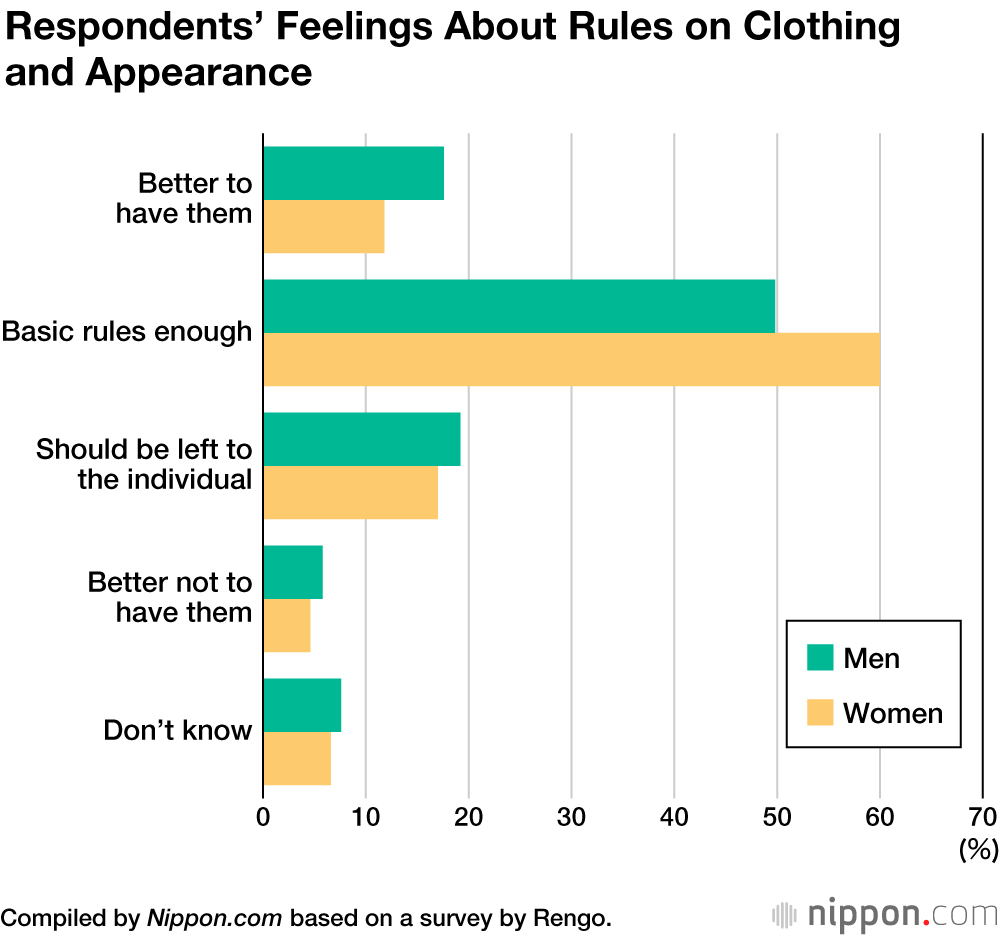 Where rules did differ by gender, more men than women felt that it was something that could not be helped, while more women wanted the same rules for everyone. 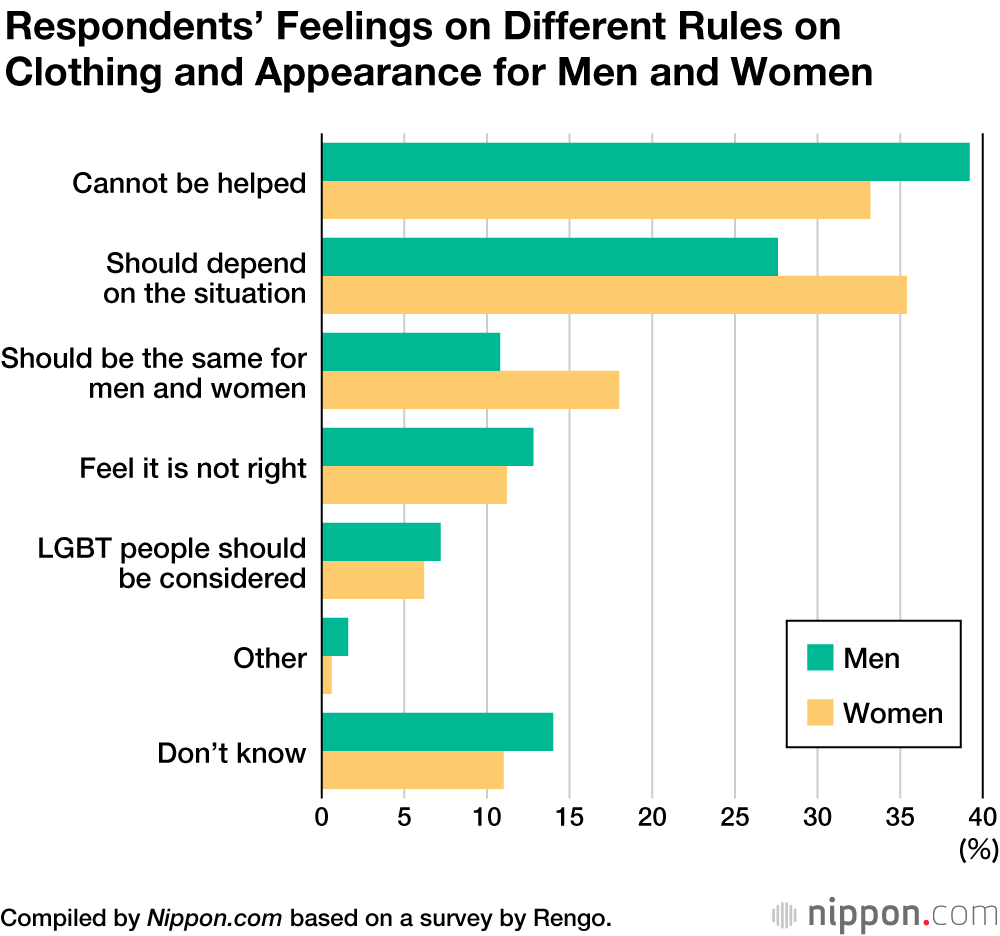 In 2019, momentum built to change the thinking that the rules are something that just have to be accepted. Thanks to freelance writer Ishikawa Yumi’s posting on Twitter, the #KuToo movement protesting about women being forced to wear high heels at work has spread nationally. This hashtag was so chosen as it is not only a nod to #MeToo, but also sounds like the Japanese words kutsu (shoes) and kutsū (pain).