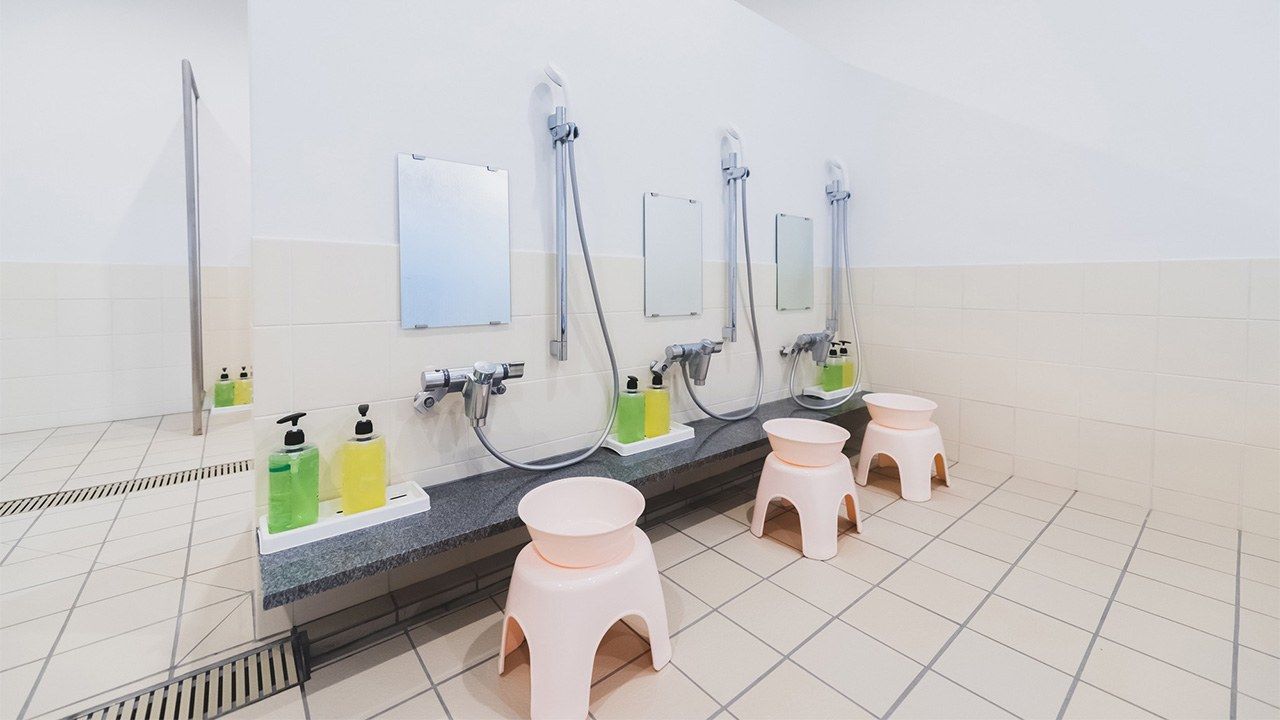 Sudden Deaths While Bathing: “Heat Shock” Among Factors Estimated to Cause 19,000 Annual Fatalities in Japan

Society Jan 16, 2020
Thousands of Japanese people die in their own bathrooms every year, with seniors particularly at risk.

In 2018 in Japan, 5,398 people drowned in household bathtubs, according to demographic statistics released by the Ministry of Health, Labor, and Welfare. The result is 138 fewer deaths than the previous year but 260 more than in 2016. The total is nearly double the figure for 2004 of 2,870, and has remained at around 5,000 annual deaths for several years. 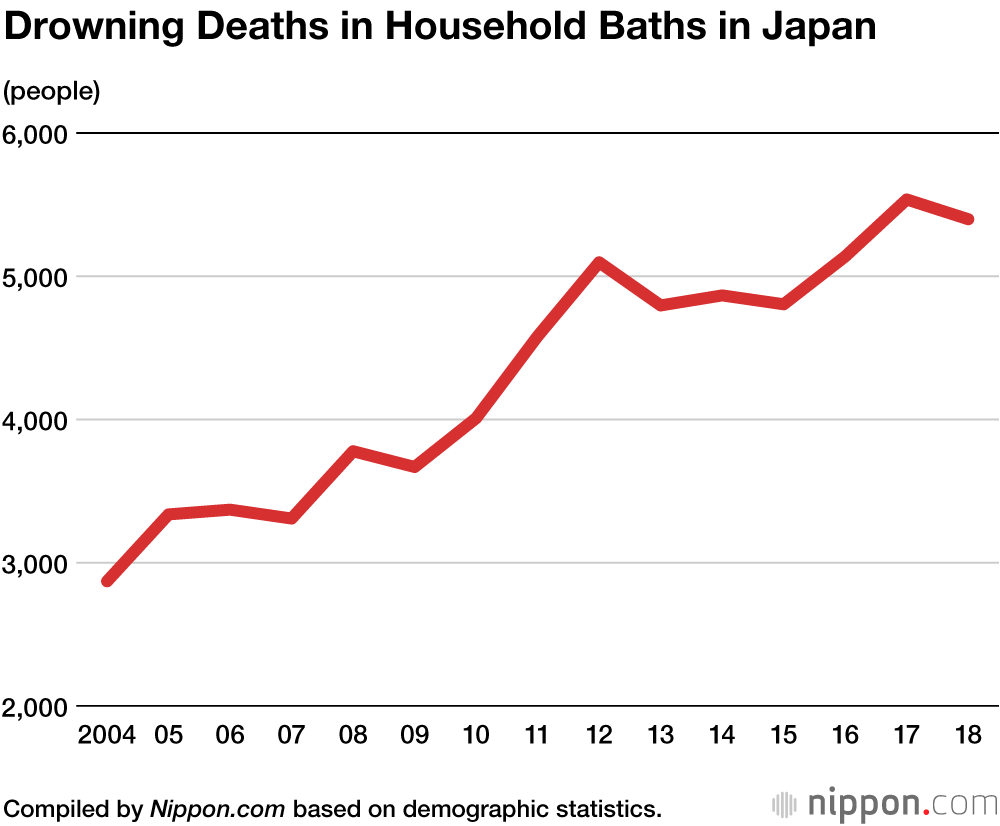 A study conducted by the Consumer Affairs Agency based in part on these statistics estimates that around 19,000 people lose their lives every year in accidents while bathing. Against the backdrop of Japan’s rapidly aging population, over 90% of the drowning cases involve those 65 or older, and the proportion of deaths among those 75 or older has shown a particular increase. There is a trend toward more drowning deaths in winter. The cause of death in most cases is thought to be “heat shock,” where a sudden change in temperature experienced when getting in or out of a bath rapidly changes a person’s blood pressure, leading to a heart attack or other medical issue. 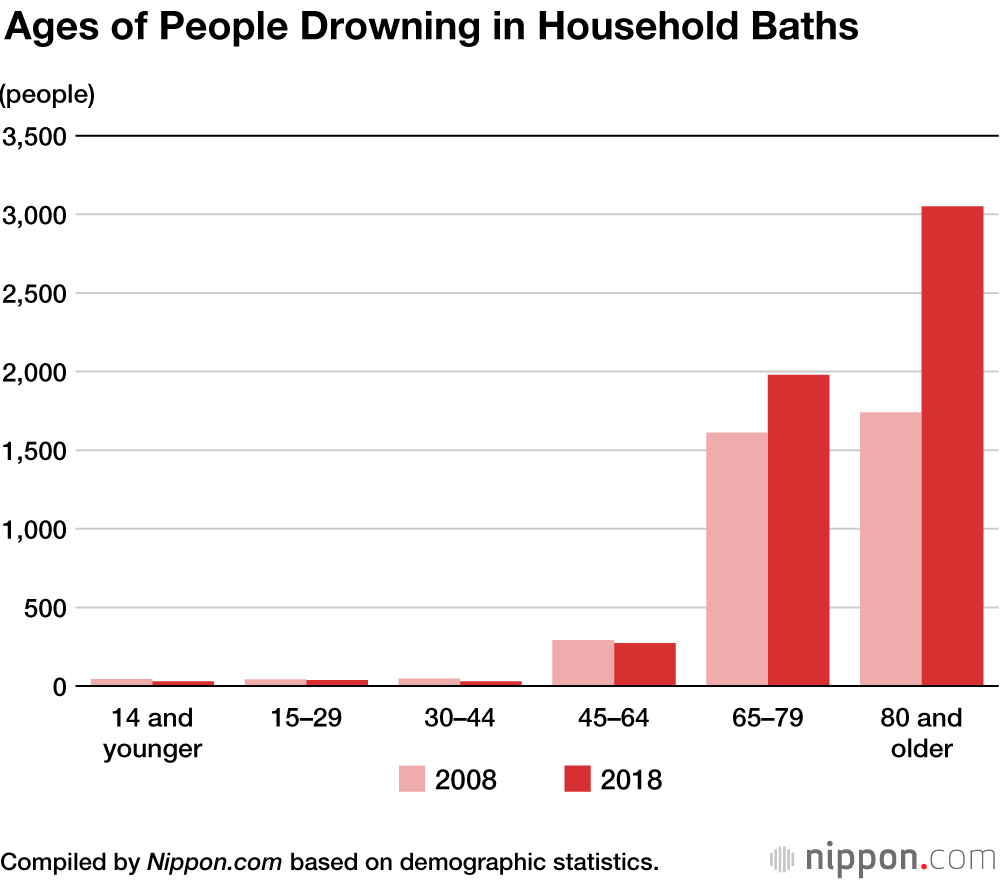 The Consumer Affairs Agency makes the following recommendations to avoid heat shock and bathe safely: warm the dressing room and bathroom before taking a bath, keep water temperature below 41 degrees and soak in the water for a maximum of 10 minutes, do not suddenly rise up from the bathtub, do not take a bath immediately after eating or when there is still alcohol in your system.

In 2017, the Japan Weather Association established a heat shock forecast website (Japanese only) with three levels to indicate the danger of heat shock.