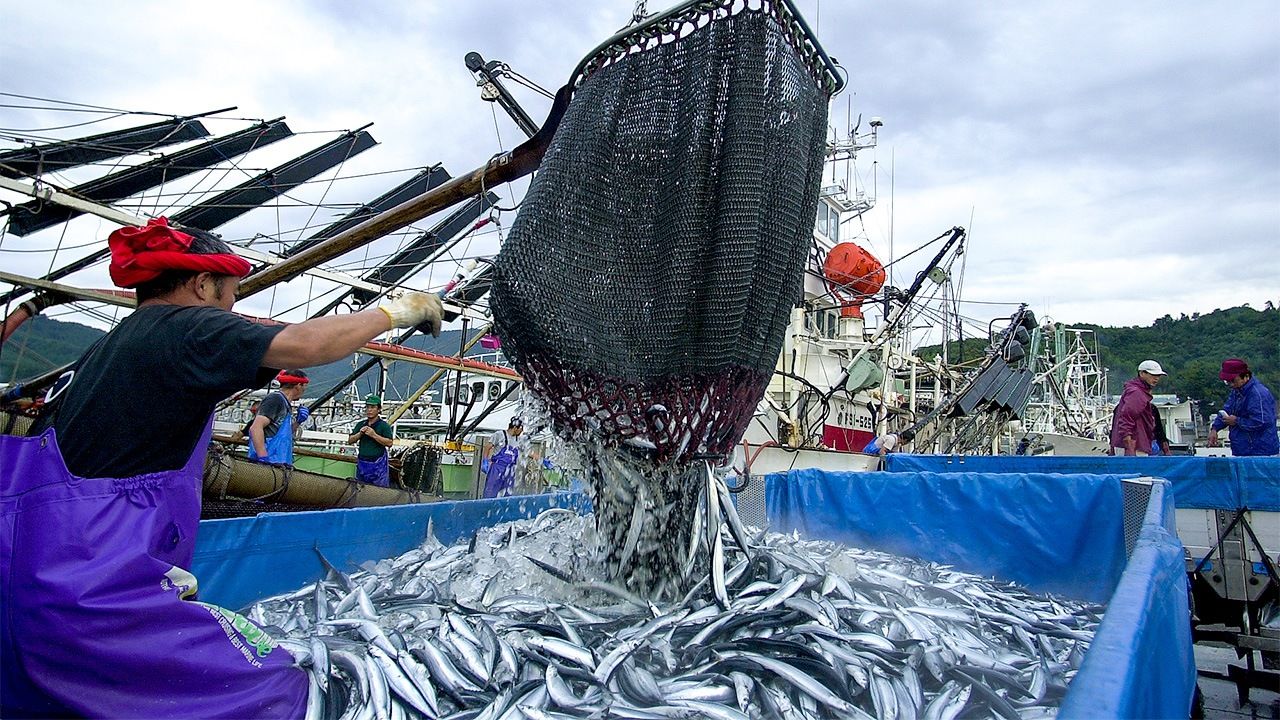 Pacific saury has long been a popular fish among Japanese for its rich taste and reasonable price. Enjoying it grilled at home has been one of the things many look forward to every autumn. But with saury catches dipping to their lowest point on record, at under 10% of the peak level, the fish may become out of reach for many households. 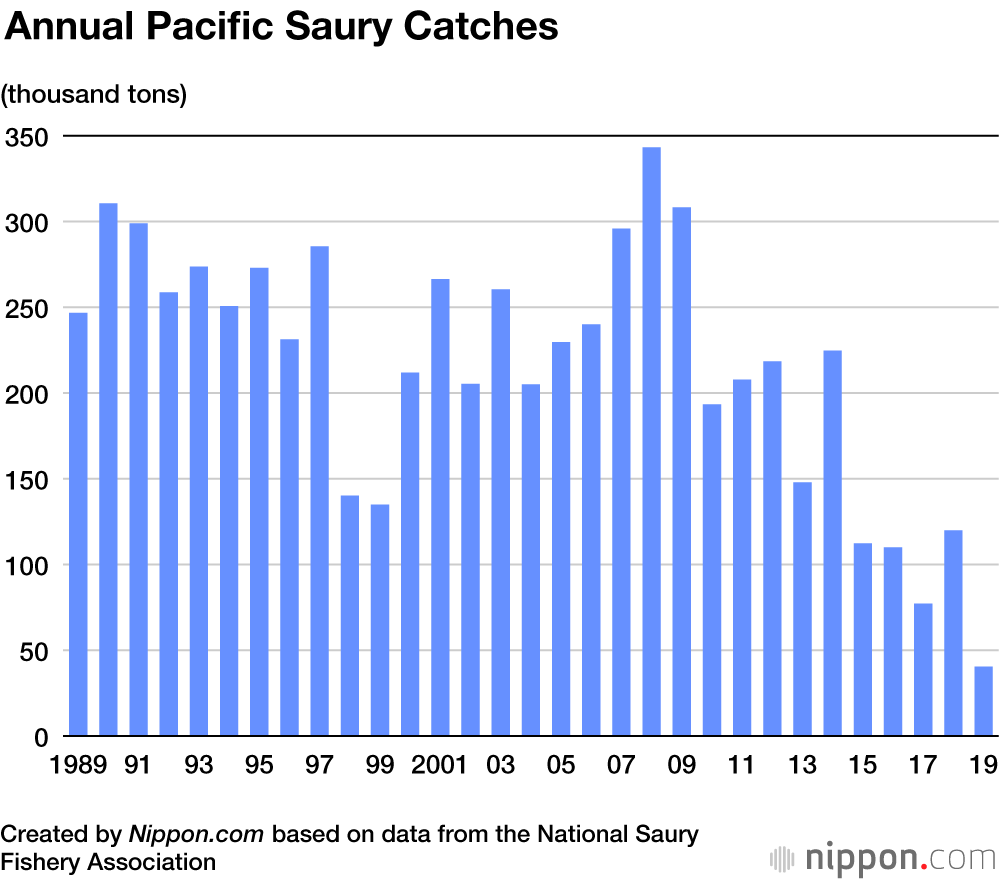 Saury are widespread in the temperate and subarctic zones of the Pacific Ocean. Japanese fishers wait to catch those that pass through the neighboring waters. In the late 1950s to early 1960s, the annual saury catch was around 400,000 to 600,000 tons, but since the 1990s it has rarely exceeded 300,000 tons, and has fallen even more precipitously since around 2010.

Some factors that account for the drop in saury catches include the impact of rising sea temperatures due to global warming as well as the operations of large fishing vessels from China and Taiwan, which are increasingly catching saury on the open seas before they reach Japan.

Up until the 1980s, Japan had a near monopoly on Pacific saury resources because only it and Russia (then the Soviet Union) were fishing for saury in the northern Pacific, according to the Fisheries Agency’s fiscal 2018 State of International Fisheries Resources report. However, after that South Korea, Taiwan, and China also began fishing for saury. The quantity of saury caught by Taiwan in particular rose rapidly from around 2000, so that by 2013 it had surpassed that of Japan.

An agreement was reached between eight countries and regions in July 2019 to limit the annual saury catch in the northern Pacific in 2020 to 550,000 tons. But some have questioned the effectiveness of this decision, since in recent years the annual catch has not surpassed 500,000. The continued decline threatens the saury’s status as one of Japan’s best-loved autumn delicacies. 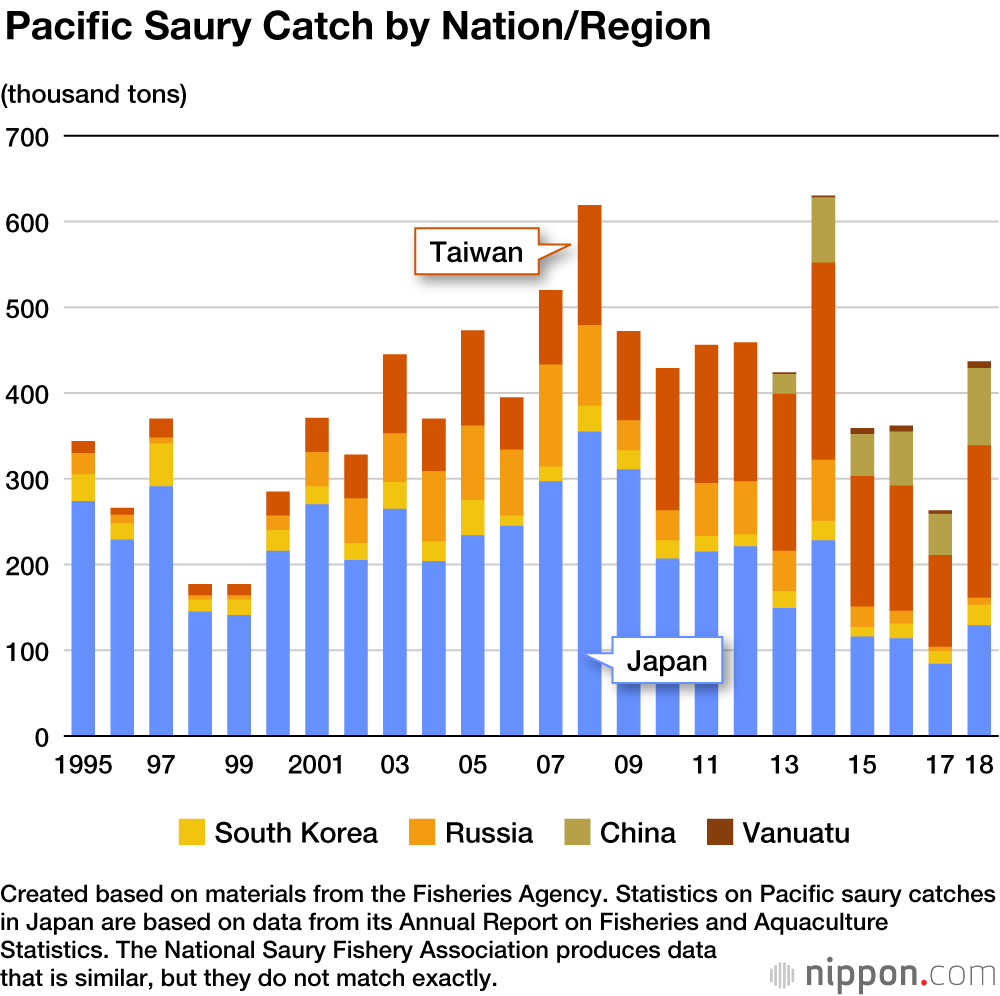