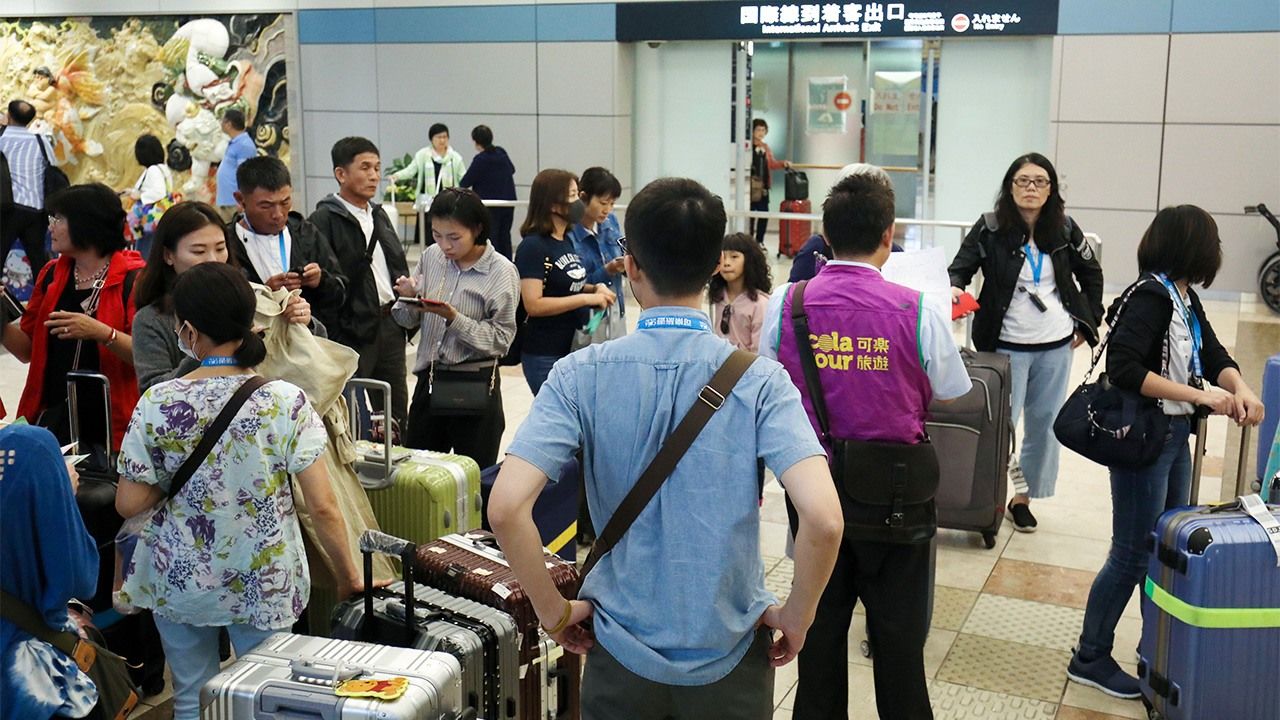 Economy Travel Society Jan 27, 2020
Japan set a new record for international visitors in 2019, but South Korean tourist numbers have plummeted since last summer, casting a shadow over the government target of 40 million in 2020.

The Japan Tourism Agency announced that 31.9 million foreign visitors came to Japan in 2019, hitting a new record for the seventh consecutive year with an increase of 2.2% from 2018. However, soured relations between Japan and South Korea caused a sharp fall in visitor numbers, in contrast to the 8.7% growth seen in 2018. The government’s target of 40 million overseas visitors in 2020 now seems less achievable. 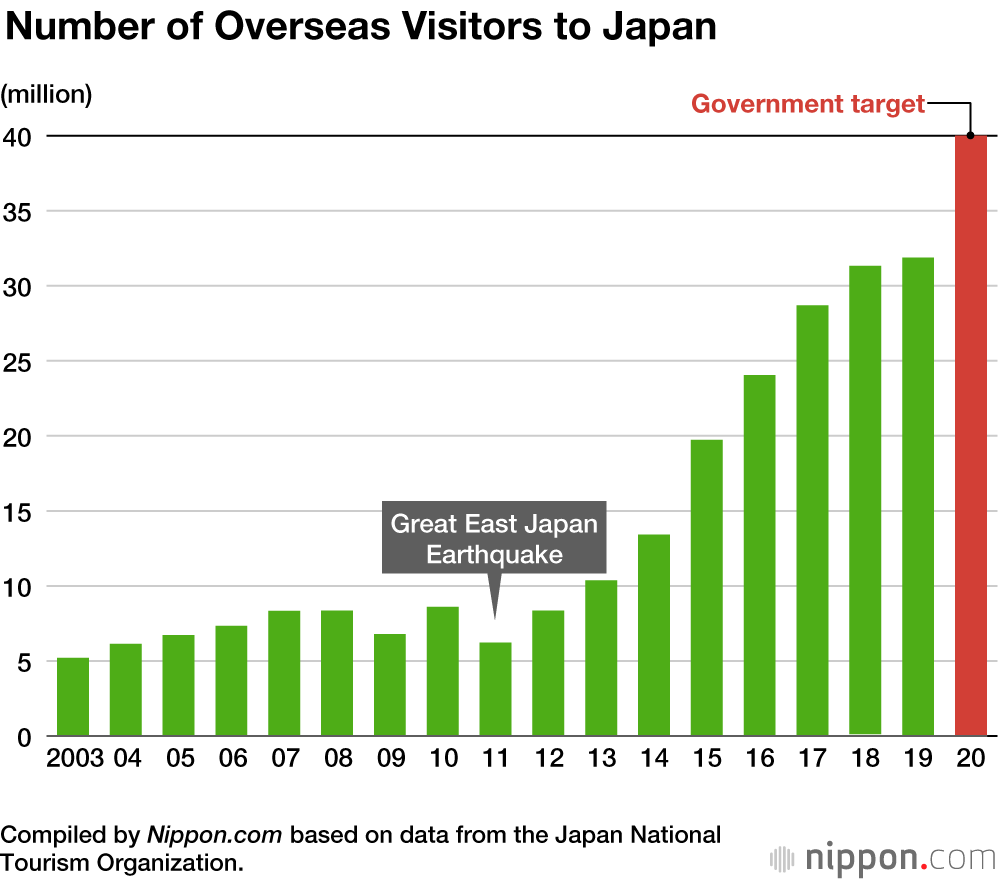 Year-on-year visitor numbers rose until July 2019, but with the drop in South Korean tourists from August, total numbers fell during the remainder of the year. While the Rugby World Cup brought increased demand in September and October, Typhoon Hagibis, the biggest storm to hit Japan in decades, countered the positive effect of the tournament in October. 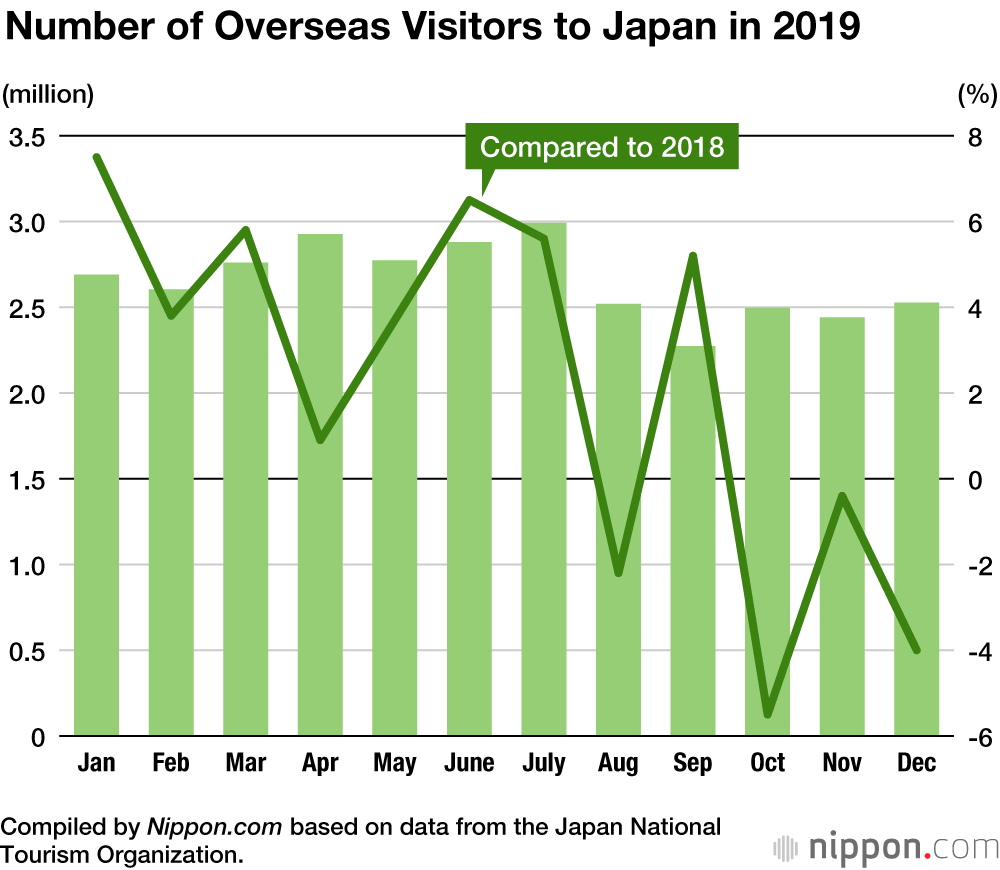 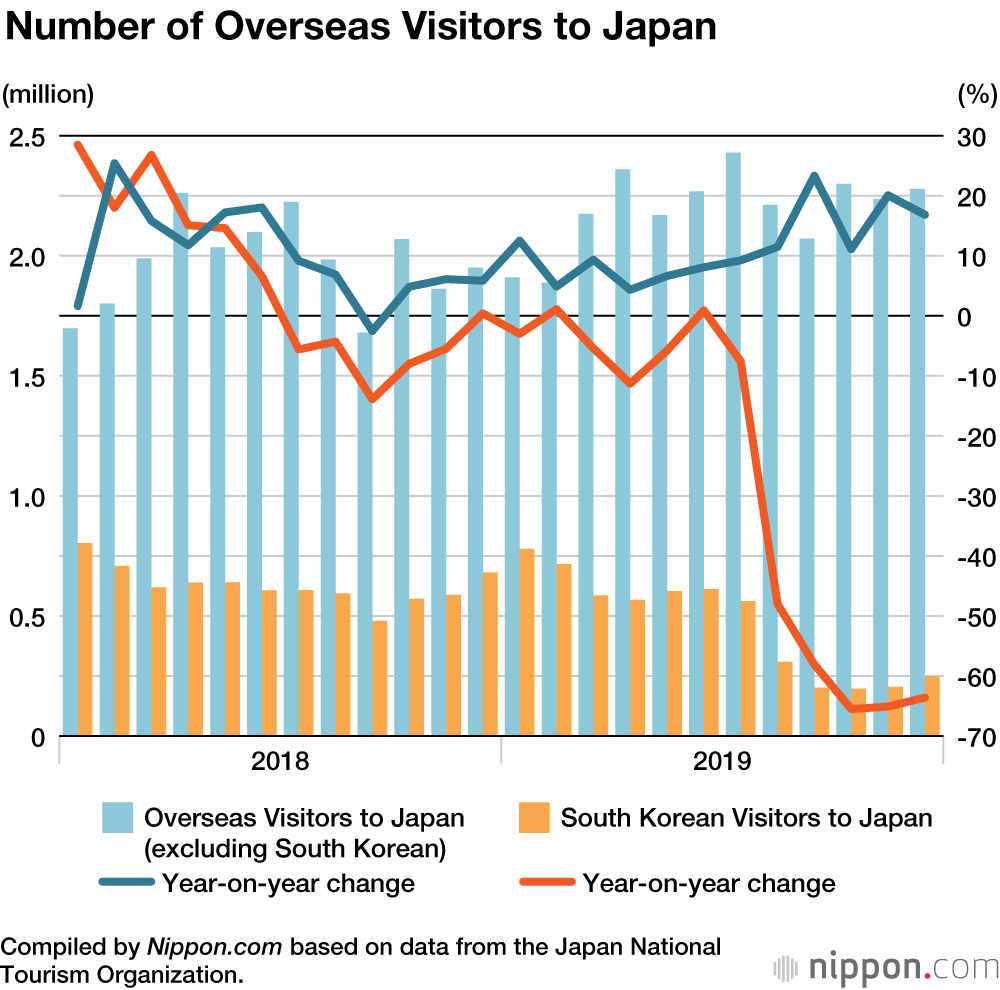 In 2019, there were 5.6 million South Korean visitors to Japan, which is 25.9% fewer than the peak of 7.5 million in 2018, when they made up a quarter of the overall total. Visitors to Japan from countries other than South Korea continued to increase, with tourists from China up 14.5% on 2018 to 9.6 million, and likely soon to surpass 10 million.

The Tokyo Olympics and Paralympics, are expected to attract tourists to Japan from July through September. There are concerns, however, that some potential visitors may choose not to make a trip due to worries about inflated accommodation costs.