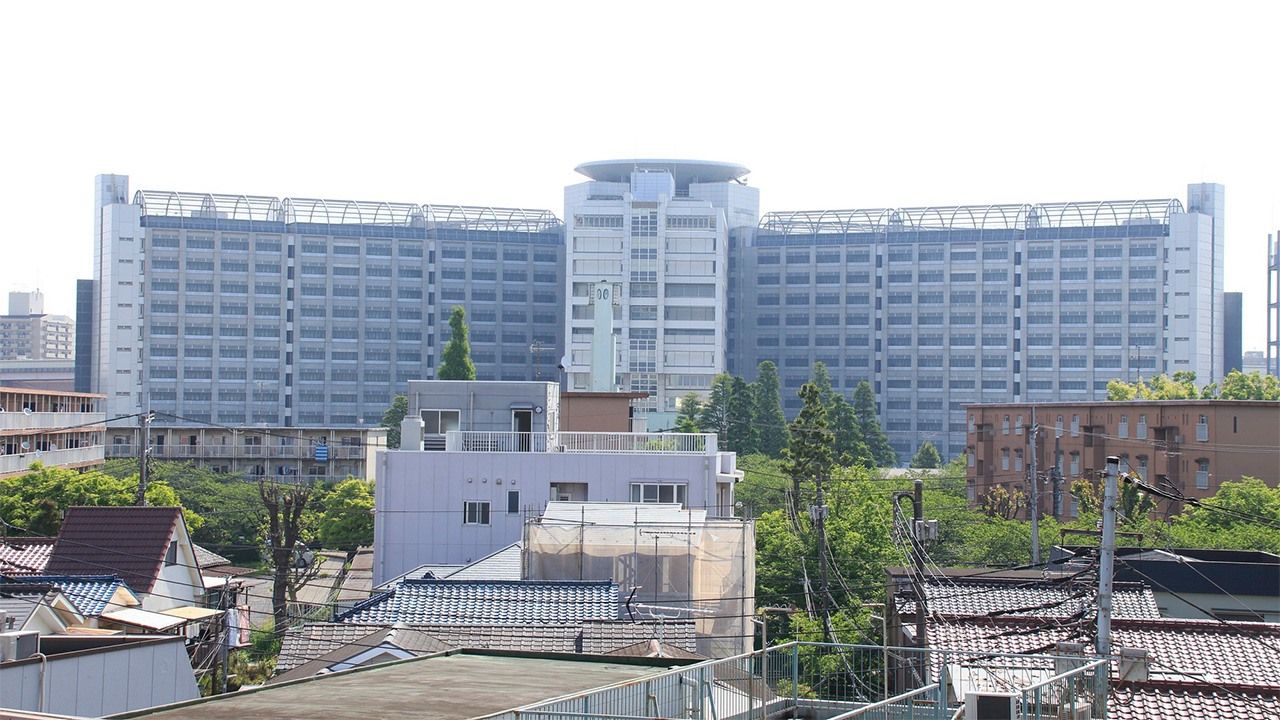 Society Feb 4, 2020
A poll conducted by the Cabinet Office in November 2019 found that 80.8% of Japanese people feel that the death penalty is sometimes necessary.

In a recent opinion poll on the death penalty, 9.0% of Japanese respondents answered it should be abolished in all cases, while 80.8% said that it was necessary in some cases.

The opinion poll was conducted by the Cabinet Office in November 2019, targeted at 3,000 Japanese adults. The poll is held every five years and in the four polls since 2004, support for the death penalty has continuously topped 80%. 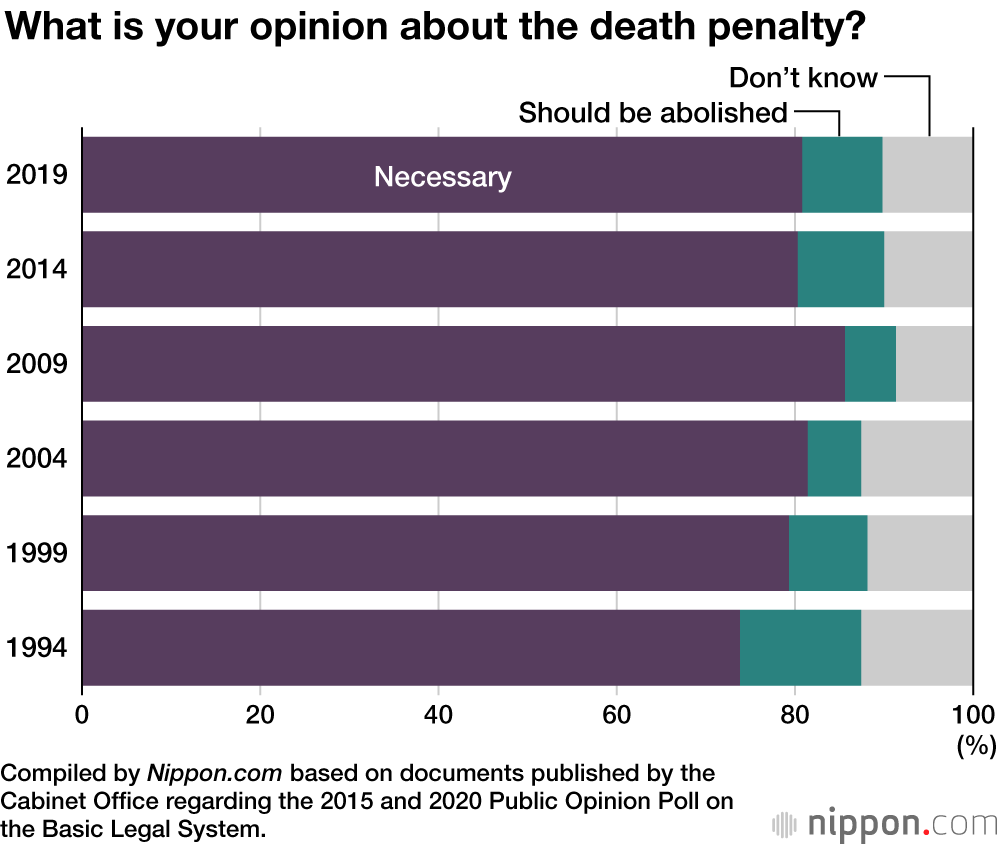 Among those who want to see the death penalty abolished (multiple answers possible), the most common, with 50.7%, was that if there is a mistake in the judgment, it cannot be undone. 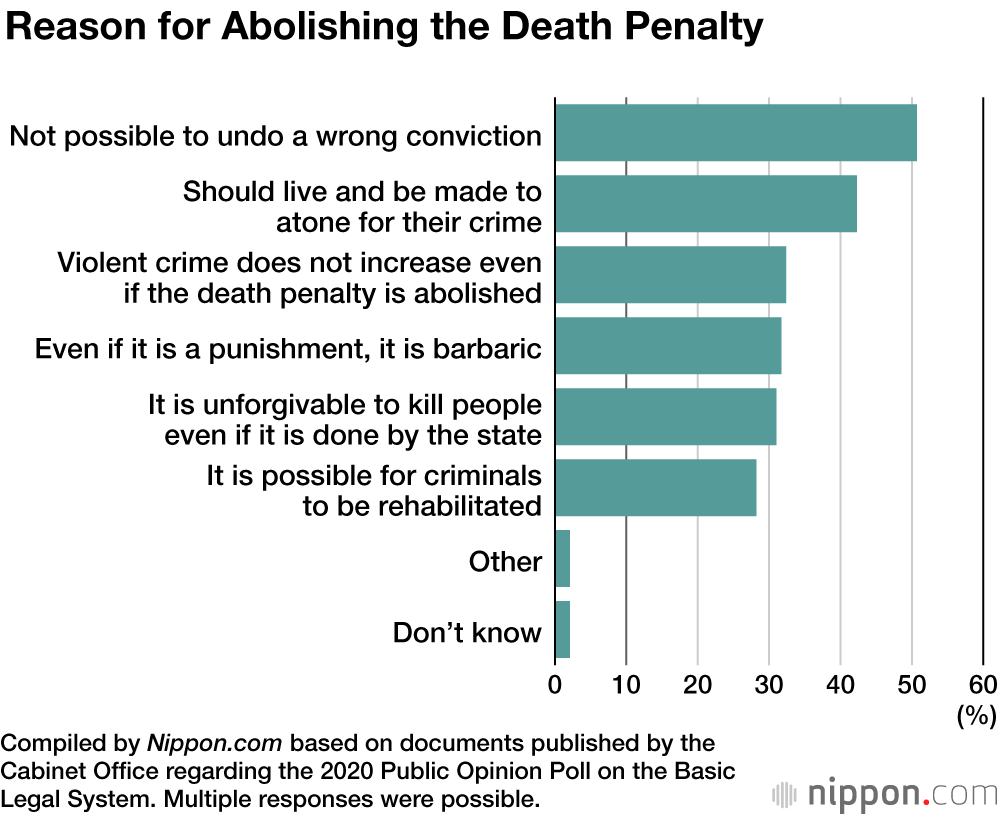 On the other hand, the most common reason given by those who said that the death penalty was necessary was that the victim’s feelings had to be considered (56.6%). 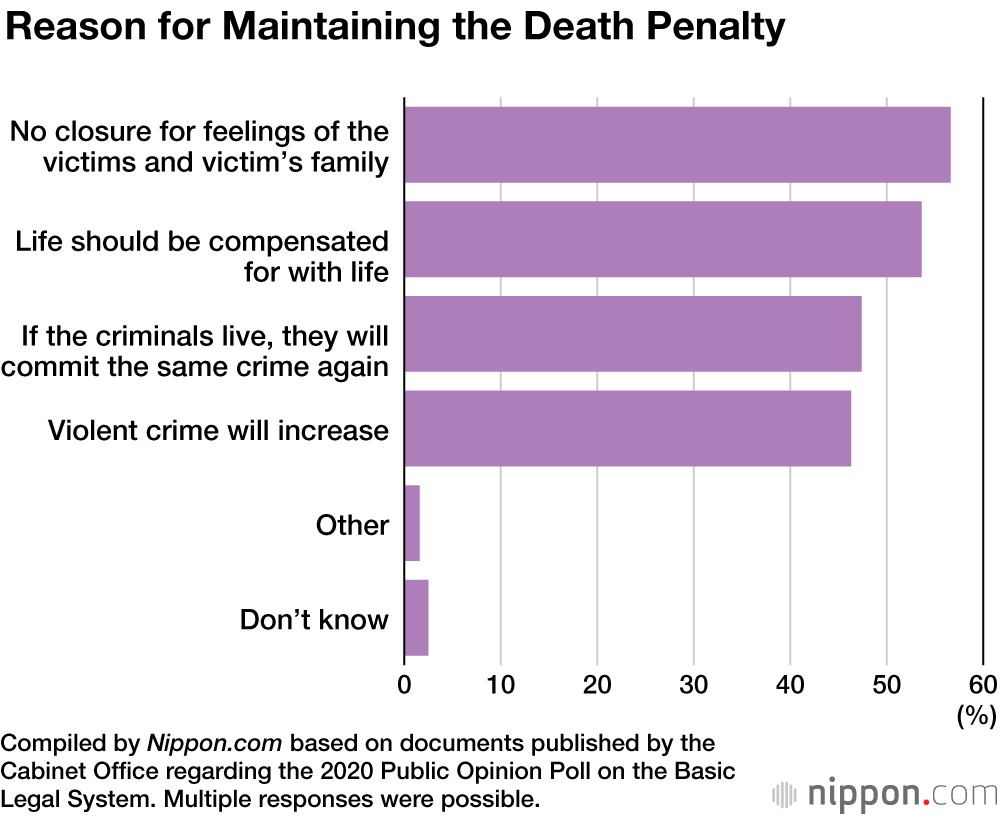 When asked if the death penalty should be kept or abolished in the case that a system of life sentencing without parole was introduced, 35.1% answered that it should be abolished, while 52.0% said it should continue.

According to the Amnesty International Global Report: Death Sentences and Executions 2018, executions were carried out in 20 countries in 2018, of which the only Group of Seven nations were Japan and the United States. That same year, 15 people were executed in Japan, 13 of whom were Aum Shinrikyō cult leaders who had been involved in the deadly Tokyo subway sarin gas attack in 1995. 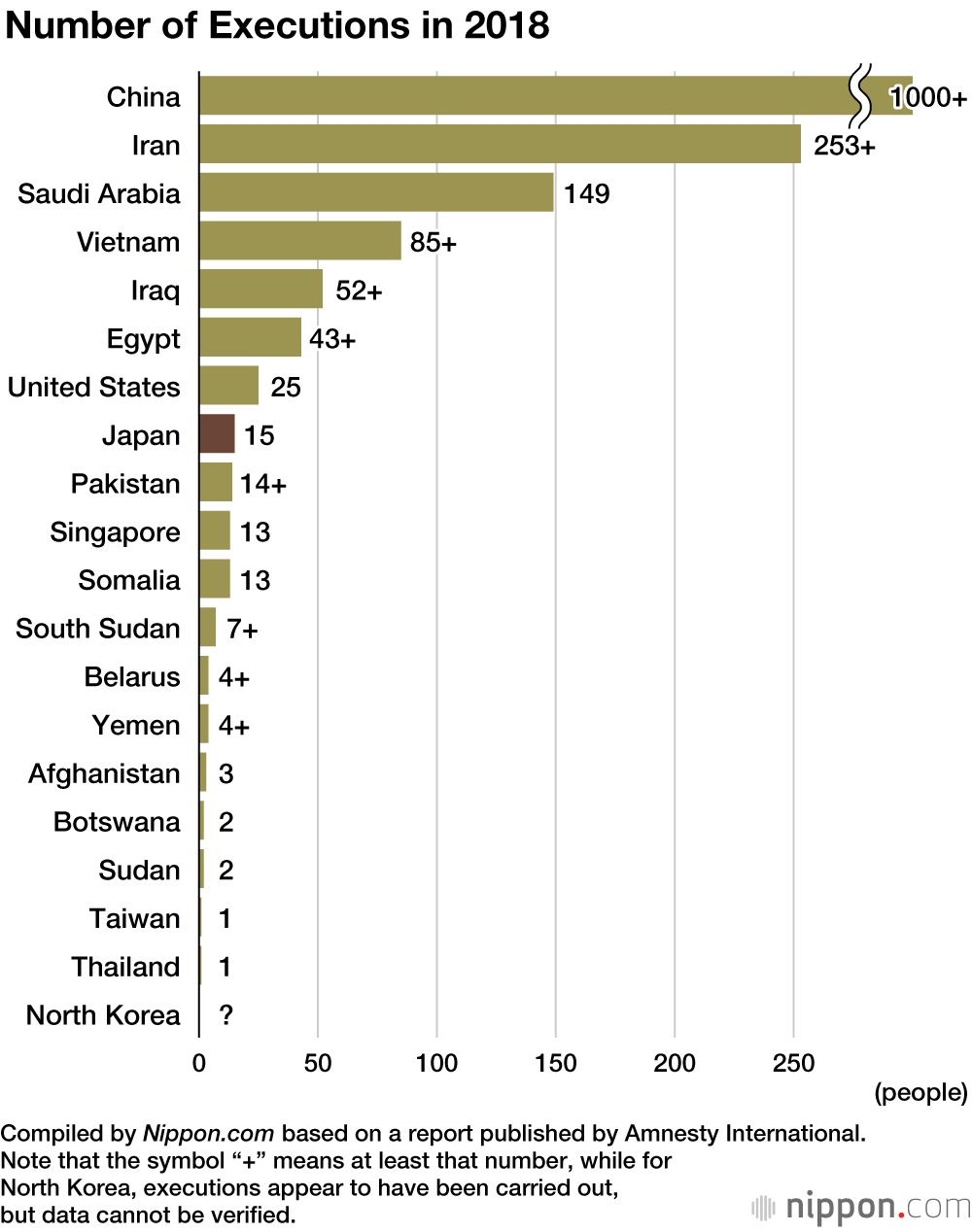