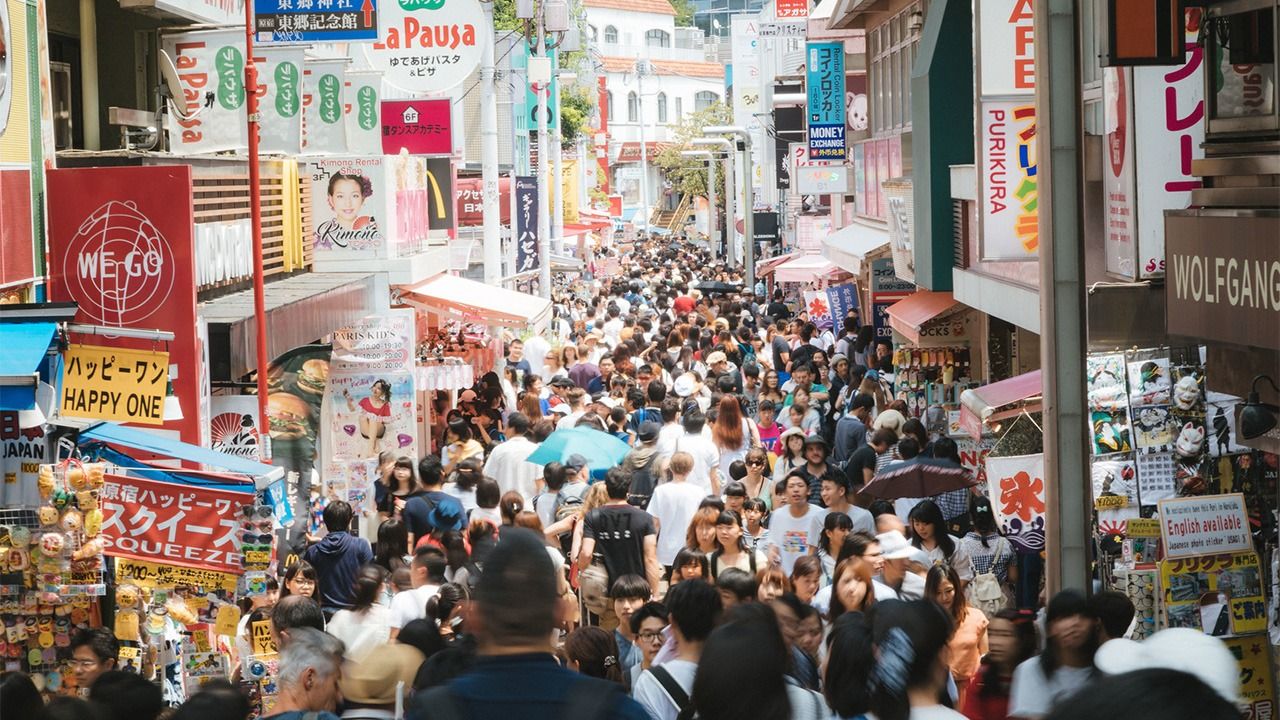 Society Lifestyle Feb 25, 2020
Despite high rents and overcrowded trains, Japanese residents continue to be drawn to the Tokyo metropolitan area.

A 2019 report on internal migration in Japan found that 148,783 more people moved into the Tokyo metropolitan area (Tokyo, Kanagawa, Saitama, and Chiba Prefectures) than moved out. The majority, accounting for 55.8% or 83,000 people, was into Tokyo.

These Ministry of Internal Affairs and Communications statistics, which include non-Japanese residents, have registered a net inflow to the metropolitan area every year since they were first recorded in 2014. Long-term statistics, covering only Japanese citizens, show that despite a temporary trend toward outward migration following the bursting of the bubble economy in 1992, there has been a net inflow since 1996.

As part of the government’s strategies to revitalize regional areas, it set a five-year goal in 2015 to halt population outflow from regional areas toward Tokyo. However, it has had no effect and the influx into the metropolitan area shows no sign of stopping. 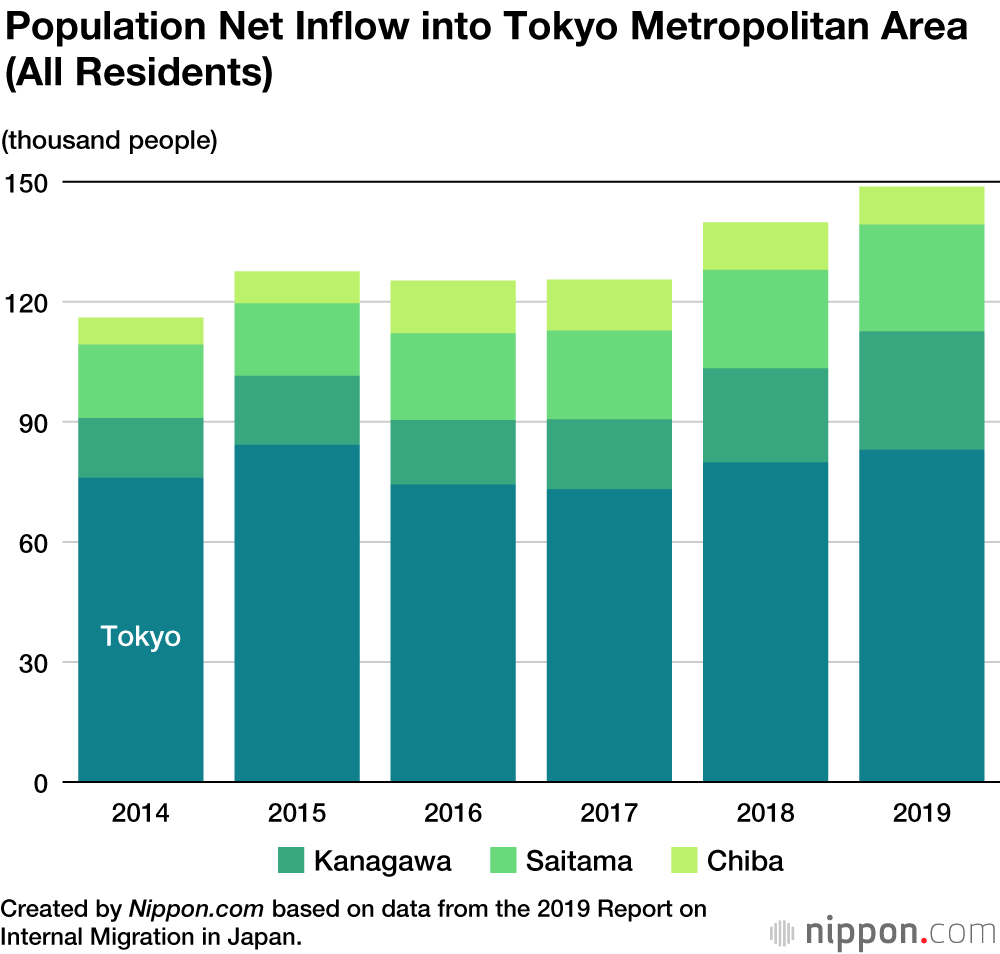 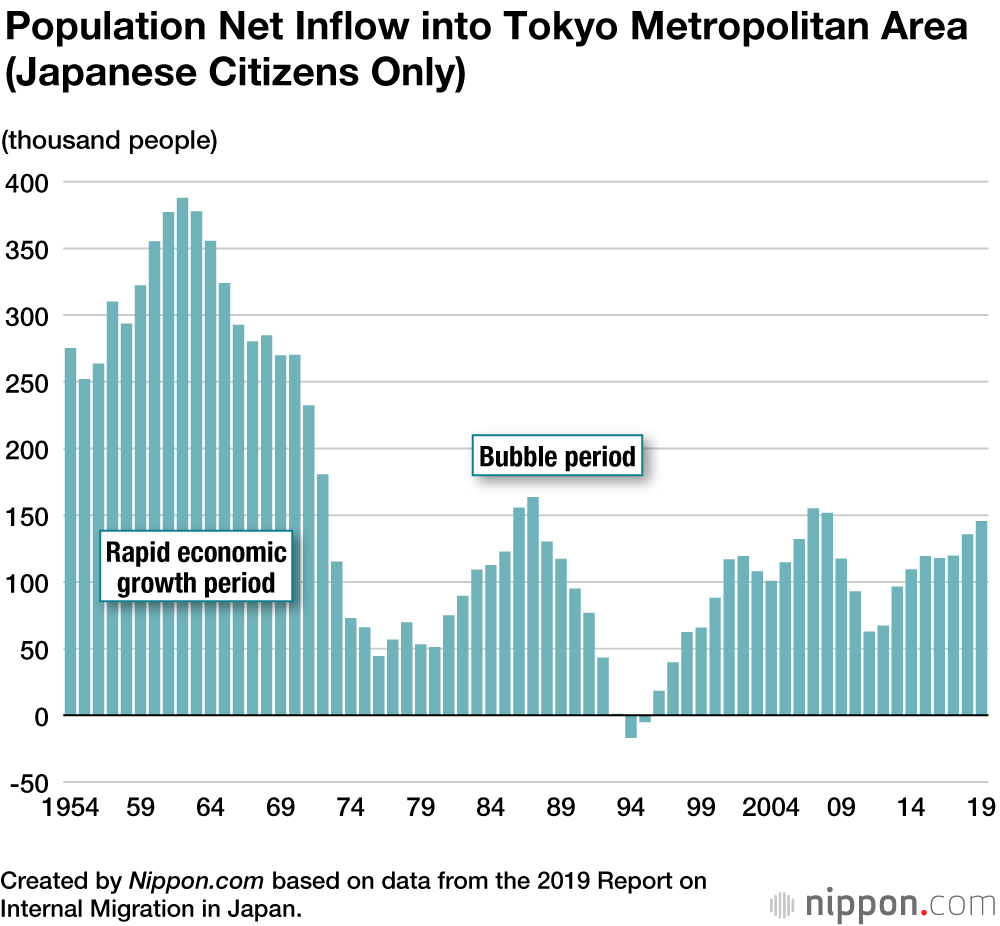 Nearly 90% of those who moved to the Tokyo area were 15 to 29 years old, in many cases presumably migrating for study and work.

In contrast, more people moved out than in for the sixth year running in both the Nagoya area (Aichi, Gifu, and Mie Prefectures), with a net outflow of 15,017, and the Osaka area (Osaka, Kyoto, Hyōgo, and Nara Prefectures), with a net outflow of 4,097. Although each attracts new residents from all regions of Japan, this is not enough to offset the increasing outflow to the Tokyo area. The capital maintains an attraction for people not only from rural areas but also other big cities.