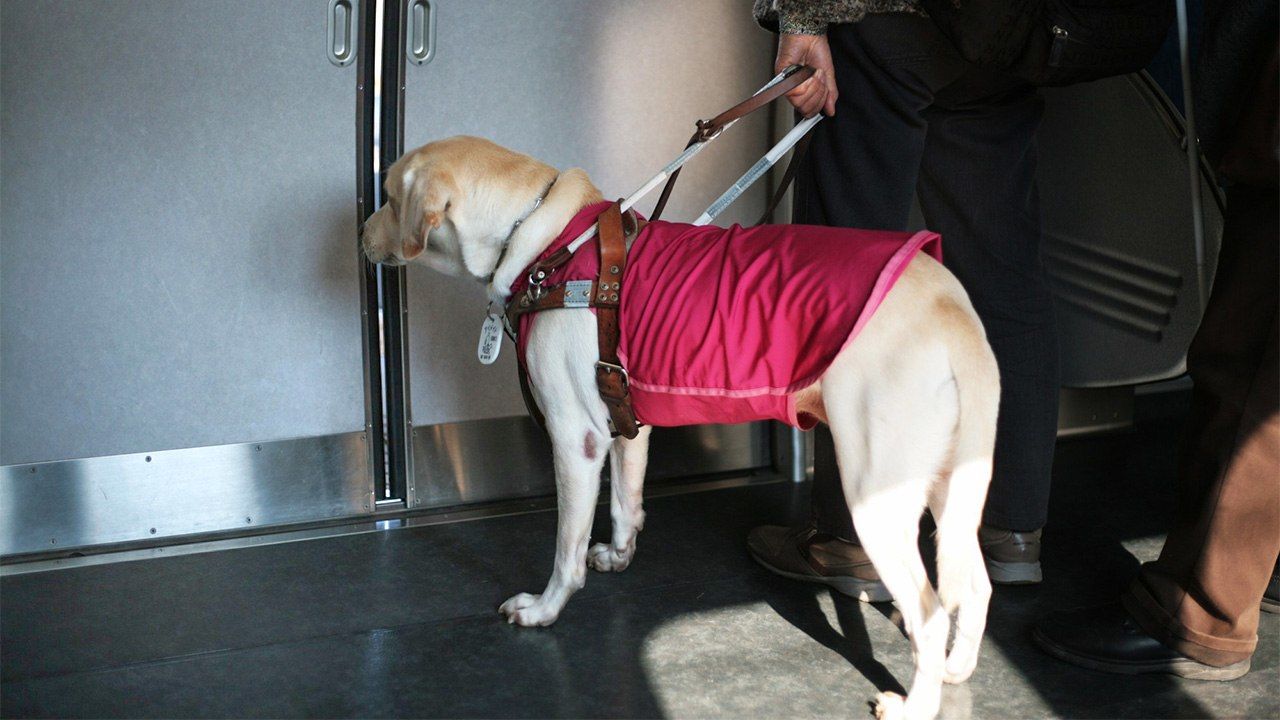 Japan Struggling to Increase the Number of Active Guide Dogs

Society Feb 27, 2020
There are currently around 900 guide dogs active in Japan and while there is a waiting list of approximately 3,000 people wishing to use their services, it is proving difficult to expand the number of active dogs.

According to data from the National Committee of Welfare for the Blind in Japan, the number of active guide dogs in the country, as of the end of March 2019, had decreased by 13 to 928, the ninth consecutive year this figure has fallen. Compared to Europe and the United States, there is still a huge shortfall and measures are now being discussed on how to increase the number of dogs to meet the needs of the visually impaired who require their services. 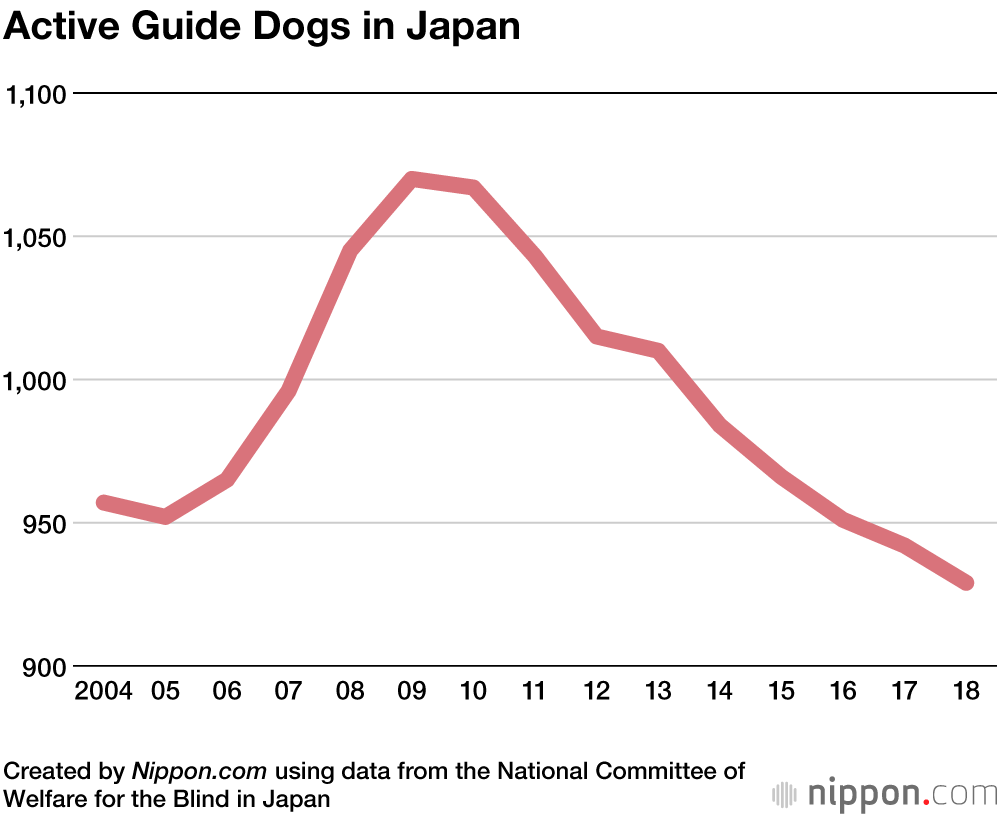 The International Guide Dog Federation’s annual report for 2018 showed that Britain had less than 5,000 active guide dogs, the United States had less than 10,000, and Australia had over 1,000. Considering each country’s population, Japan still has comparatively few.

Created by Nippon.com based on the International Guide Dog Federation’s 2018 Annual Report.

The Japan Guide Dog Association states that there are currently 310,000 visually impaired people who are registered legally blind. It is estimated that of those, a potential 3,000 are waiting for guide dogs. One reason guide dog figures have slowed down in recent years is because the existing users are aging and do not wish to get a second or a third replacement dog. In addition, a lack of information is hampering an increase in new users and the breeding system is going through a transitional period as younger trainers enter the profession and work-style reform is being introduced.

Between the age of two months and one year, guide dogs spend time in a normal family environment with people known as puppy walkers. After that, until they are two years old, they receive training at guide dog centers. If they pass the test, they begin joint training with their future owner and become official guide dogs. They retire when they are around 10 years old. There are currently 11 guide dog organizations, including the Japan Guide Dog Association, which provide visually impaired people with guide dogs free of charge.

Yoshikawa Akira, the managing director of the Japan Guide Dog Association, expressed concern about the drop in the number, stating that he hopes to correct the issues and has a realistic aim of seeing 1,200 guide dogs actively working in Japan.