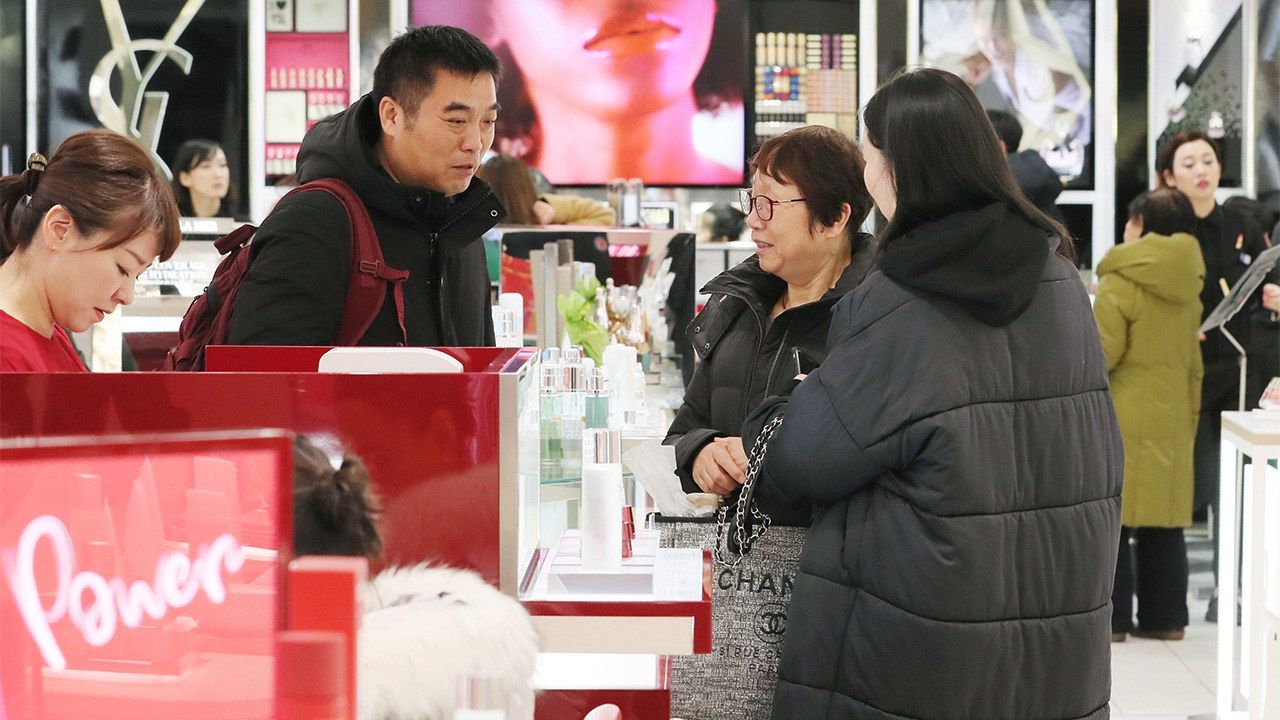 Economy Society World Travel Feb 12, 2020
The number of Chinese visitors to Japan has boomed in recent years, but could fall dramatically after the coronavirus outbreak.

Preliminary figures show that 9.6 million Chinese people visited Japan in 2019, a new record high, equating to one-third of total visitors that year. The number has increased tenfold since 2007, when Japan had 940,000 Chinese visitors, with a significant rise from 2014 onward. 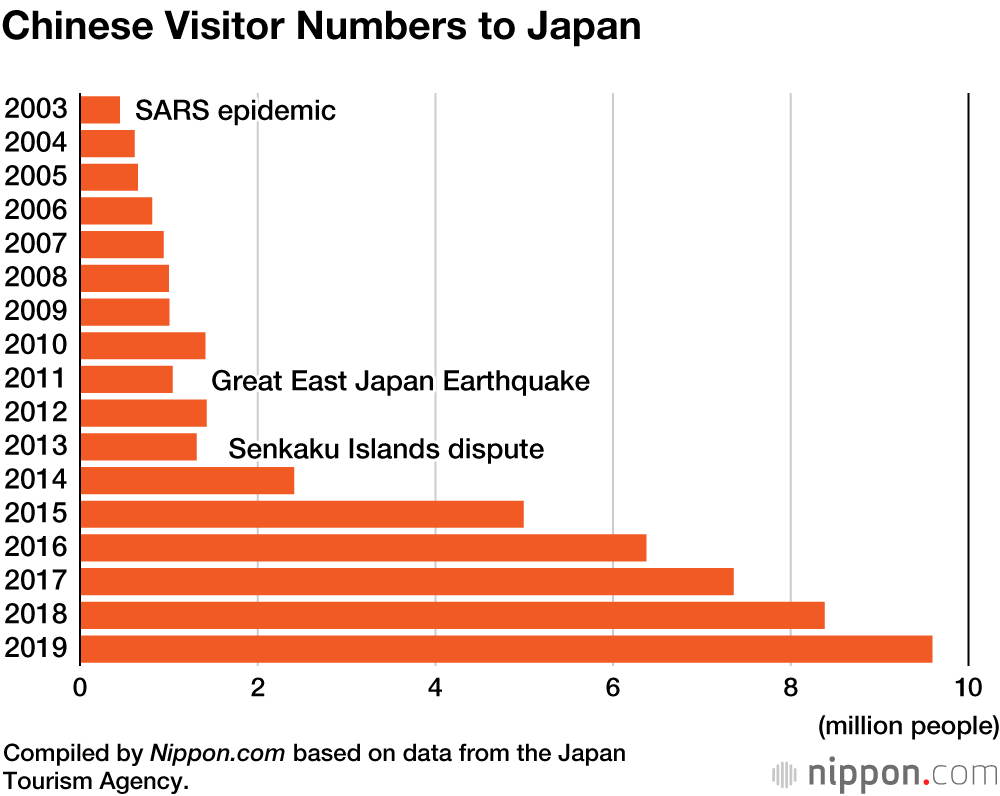 Spending by Chinese people traveling in Japan in 2019 amounted to ¥1.8 trillion, equivalent to 36.8% of total visitor spending. When bakugai or “explosive shopping” by Chinese tourists coming to Japan during the Lunar New Year holidays took off in 2012, spending stood at ¥270 billion. This figure has been rapidly rising alongside the increase in visitors. 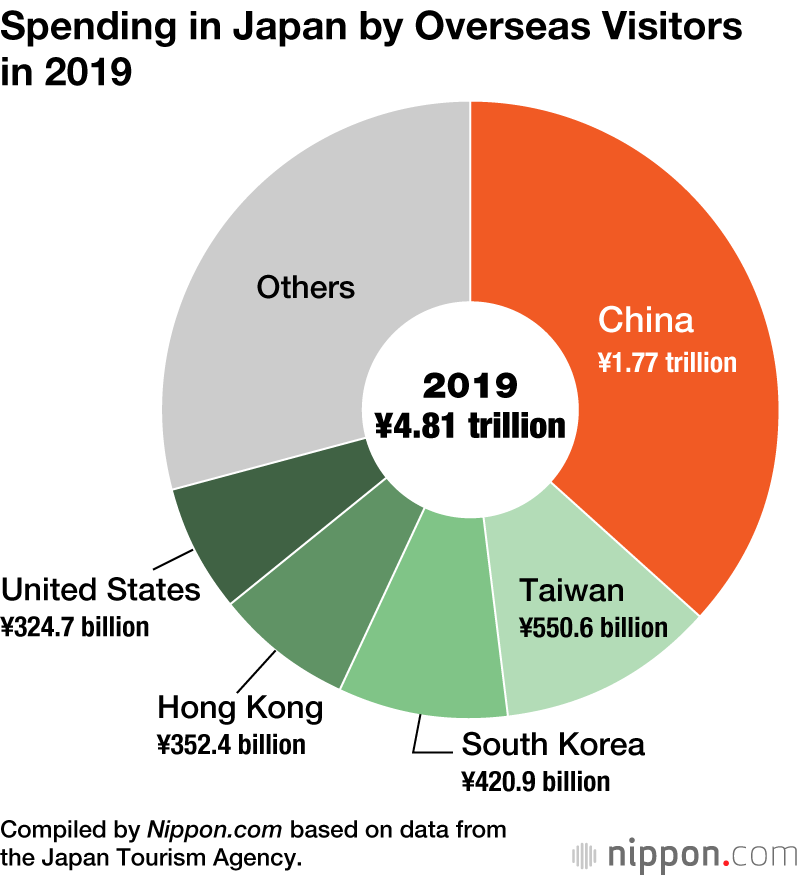 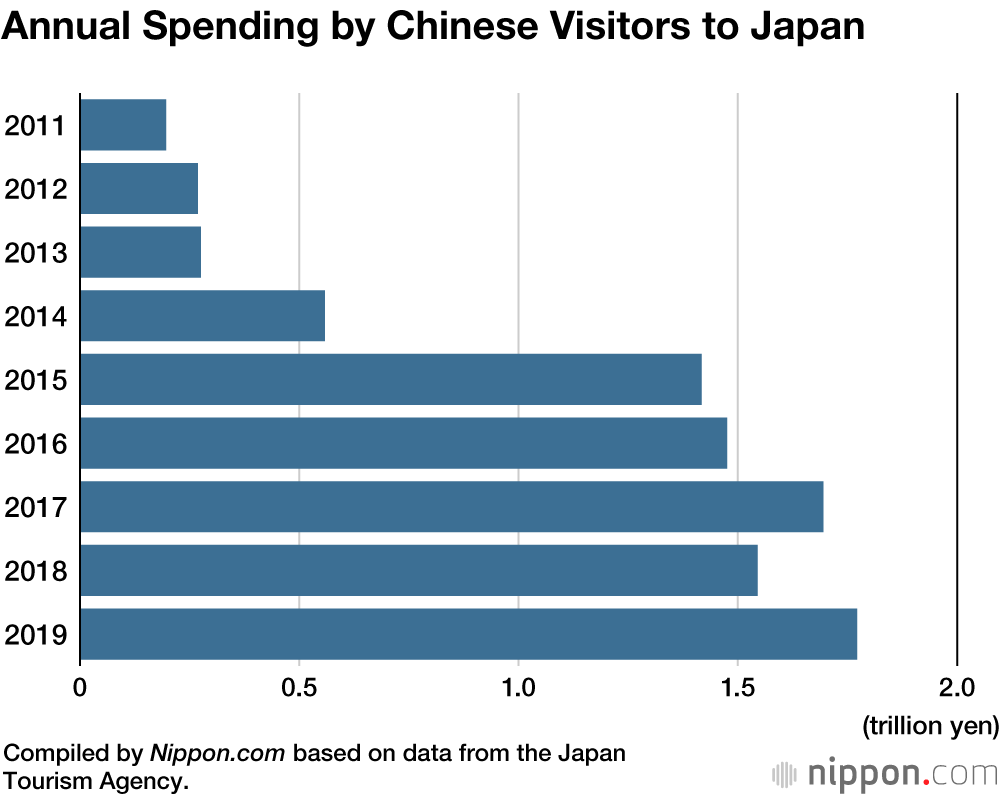 As part of measures to contain the spread of the new coronavirus first identified in Wuhan, on January 27 the Chinese government placed a ban on citizens traveling overseas in tour groups. Japanese resorts, which had been anticipating Chinese tourists making use of their Lunar New Year holidays, were hit hard by a series of cancelations. If the outbreak is prolonged, it could not only affect Japan’s tourism industry but also become a factor in the downturn of the global economy.

Looking at the monthly statistics from 2015 to 2019, the busiest period falls in July and August. This year, it will coincide with the holding of the Tokyo 2020 Olympic and Paralympic Games, raising the question whether the outbreak will be under control by that time. 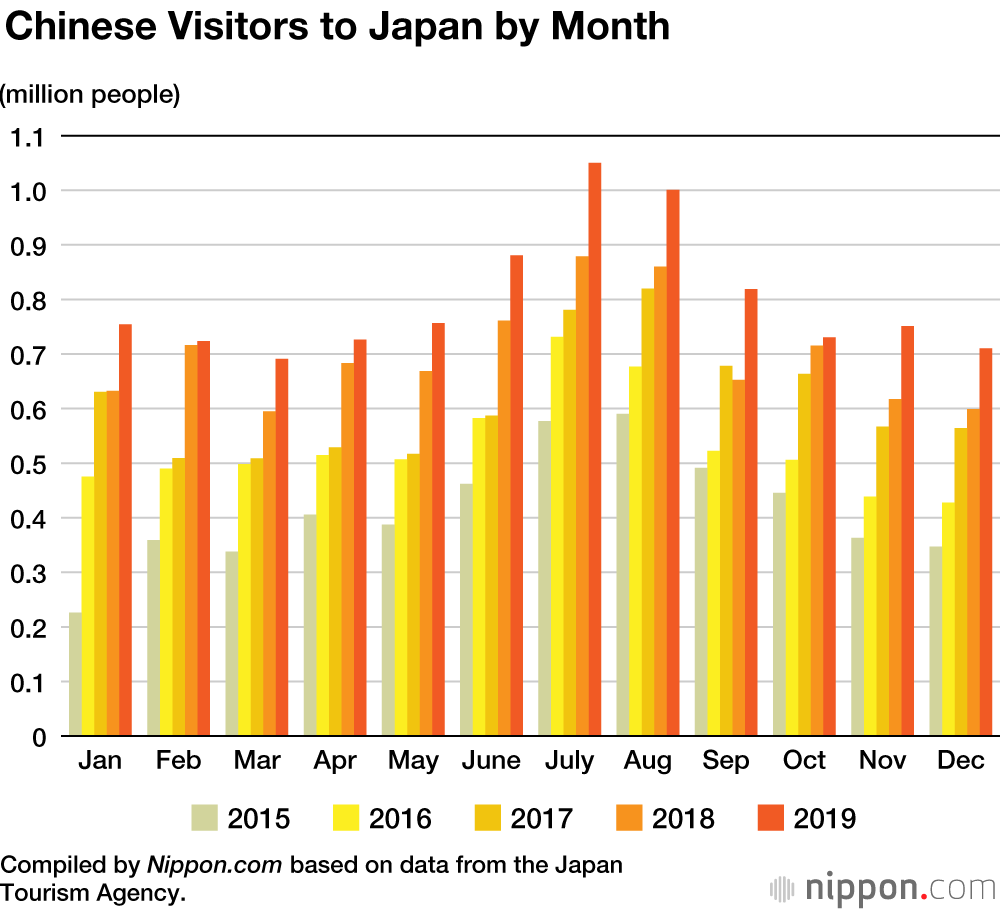