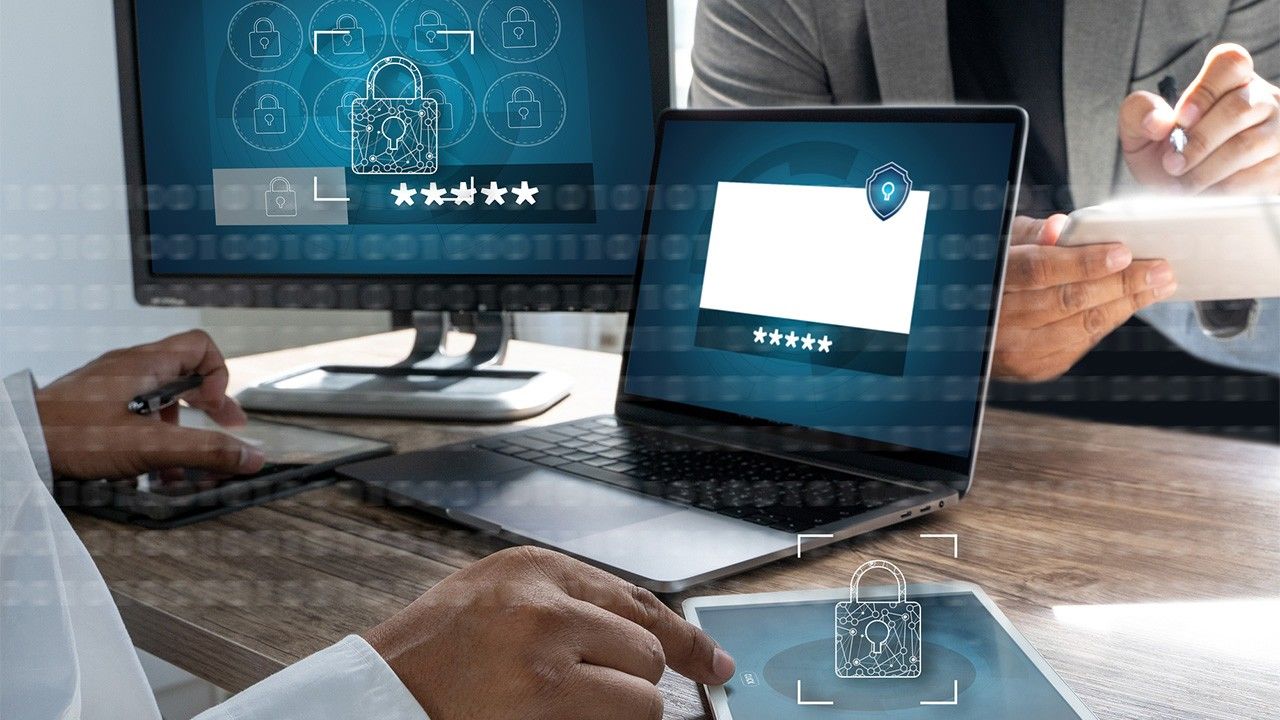 Society Economy Feb 28, 2020
A sharp rise in money transfer scams from September contributed to an overall rise in cybercrimes in Japan in 2019.

Cybercrimes uncovered by the police in Japan rose by 5.6% year-on-year, setting a new record of 9,542 cases in 2019, according to provisional figures from the National Police Agency. The widespread use of smartphones and increasing connection of various electrical devices to the Internet has made life more convenient but also exposes people to the daily risk of computer viruses and information theft. 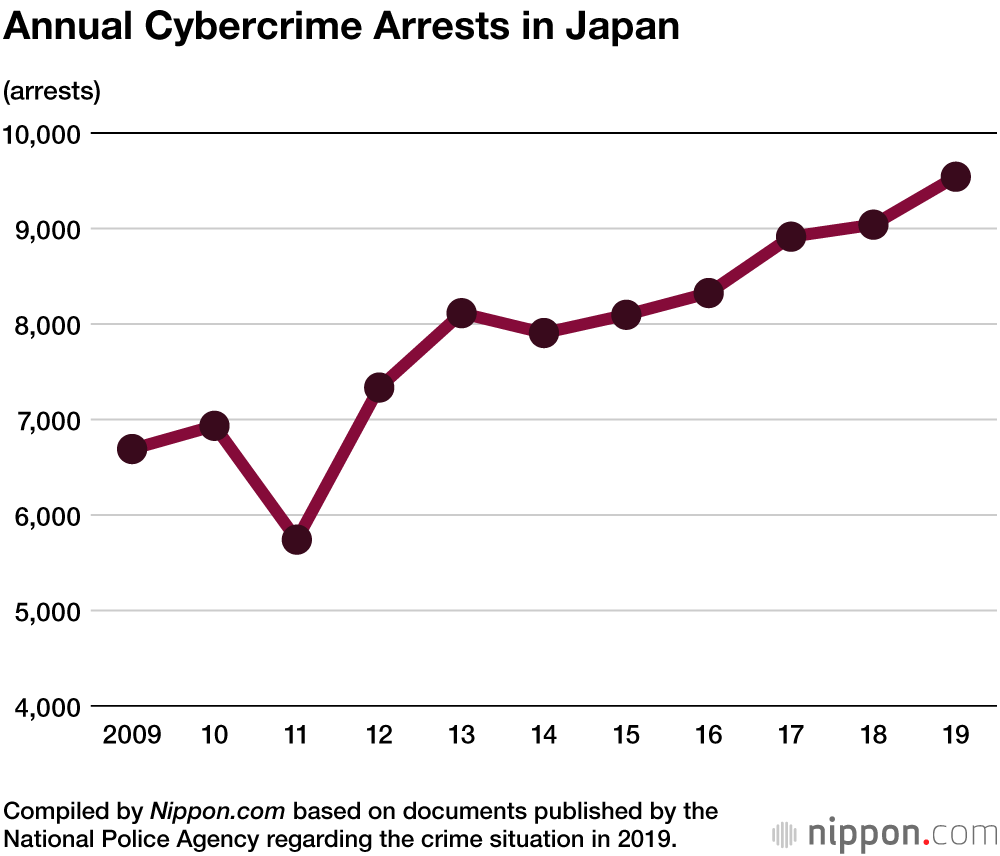 The National Police Agency found that the average number of daily intrusions per each of the sensors on its intrusion detection system was 4,192.0, a sharp increase over 2,752.8 in the previous year. 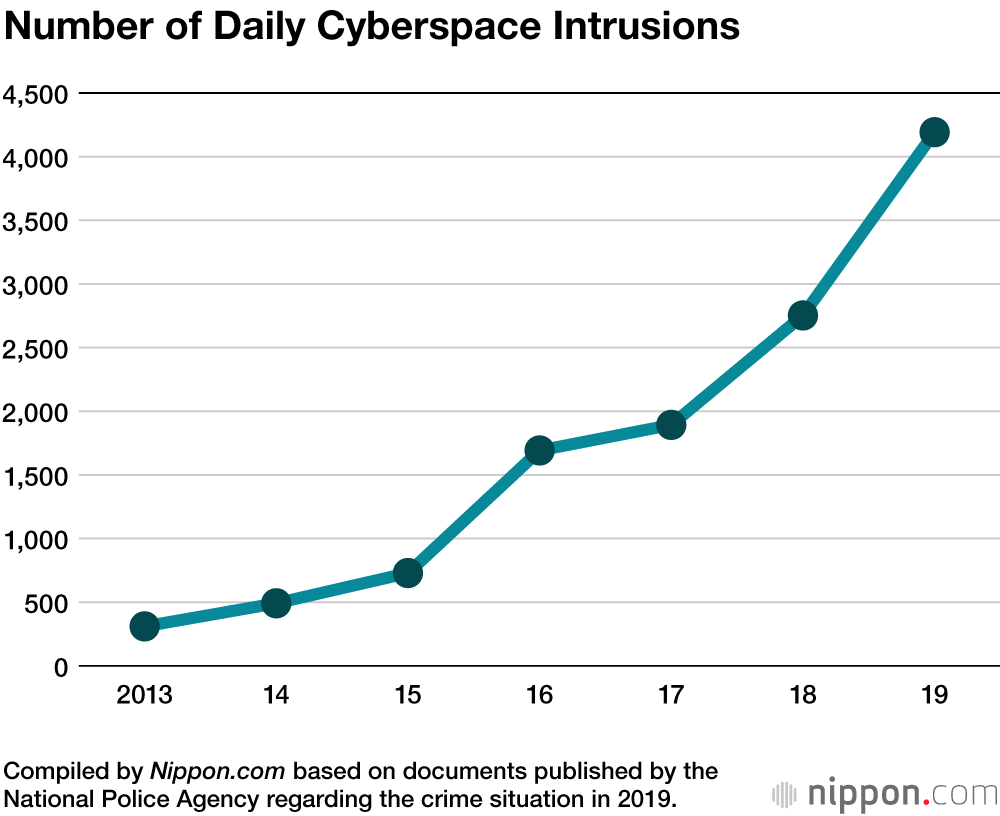 Financial losses from Internet-banking money transfer scams surged year on year, rising 4.4-fold to ¥2.032 billion. The number of scams and the financial damage resulting from them had been decreasing as a result of financial institutions’ improved security measures, starting in 2016, but this trend suddenly reversed in September 2019, with a sudden spike upward.

According to the National Police Agency, most of the online scams took the form of “phishing” to lead people to fake websites designed to obtain personal information such as IDs and passwords. One common scam involves sending an email claiming to be from a bank or other financial institution that takes people to realistic websites where they are asked to confirm their registered information. 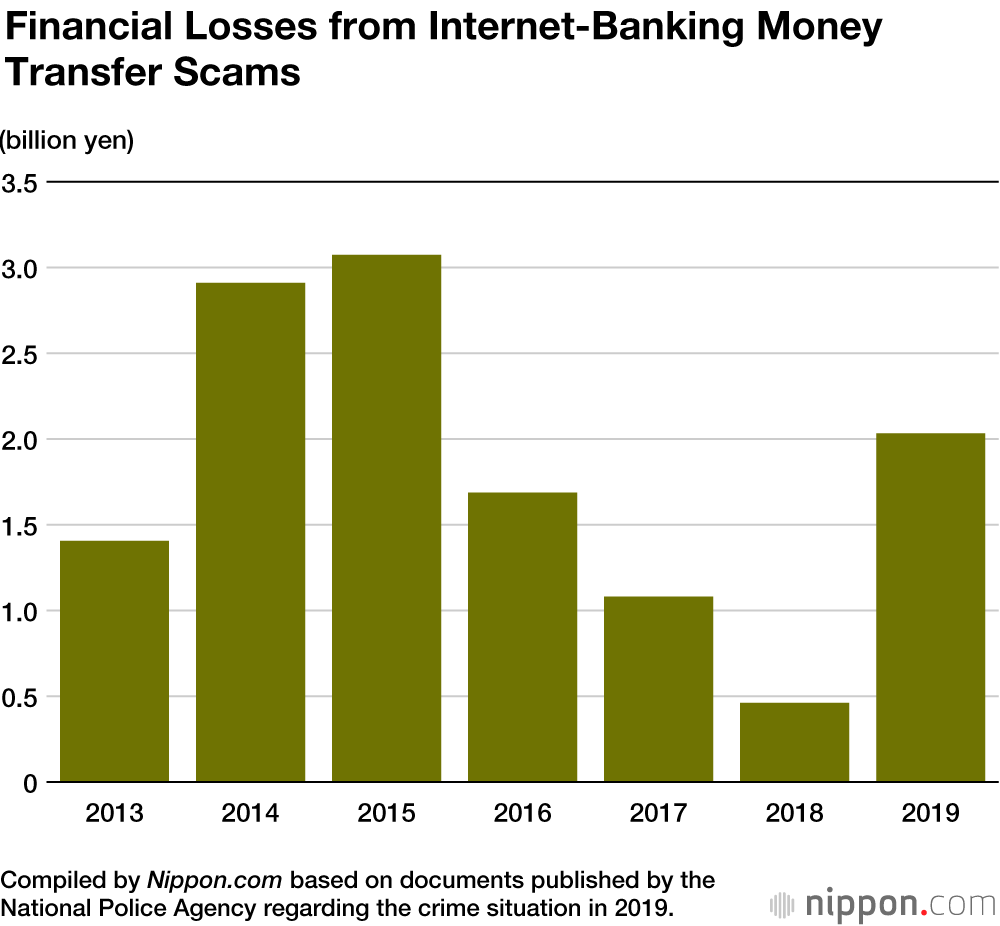