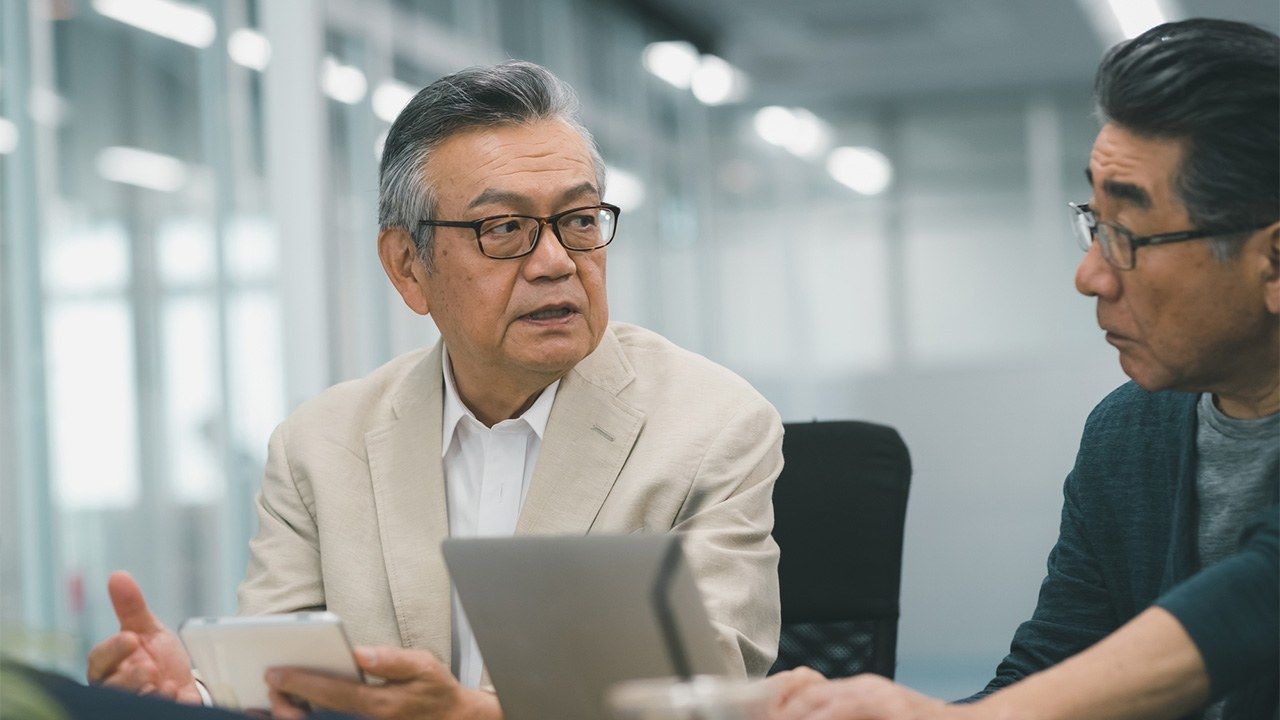 Many Japanese Seniors Support Working Until 70

Economy Society Lifestyle Work Mar 3, 2020
More and more Japanese people are determined to continue working until 70, rather than dreaming of retirement.

As Japan’s population grays, the balance has been upset between those receiving pensions and those paying into the system. A debate is now underway on how to expand employment to cater for energetic seniors willing to work.

A study conducted in December 2019 by the Japanese Trade Union Confederation (Rengo) found that 69.8% of those surveyed were aware that the government is debating how to expand employment for the elderly; and 71.4% approved of the idea of advancing policies to secure employment opportunities up to the age of 70. Among those approaching the age of 70, in the 65–69 age bracket, the approval rate was particularly high, at 87%. 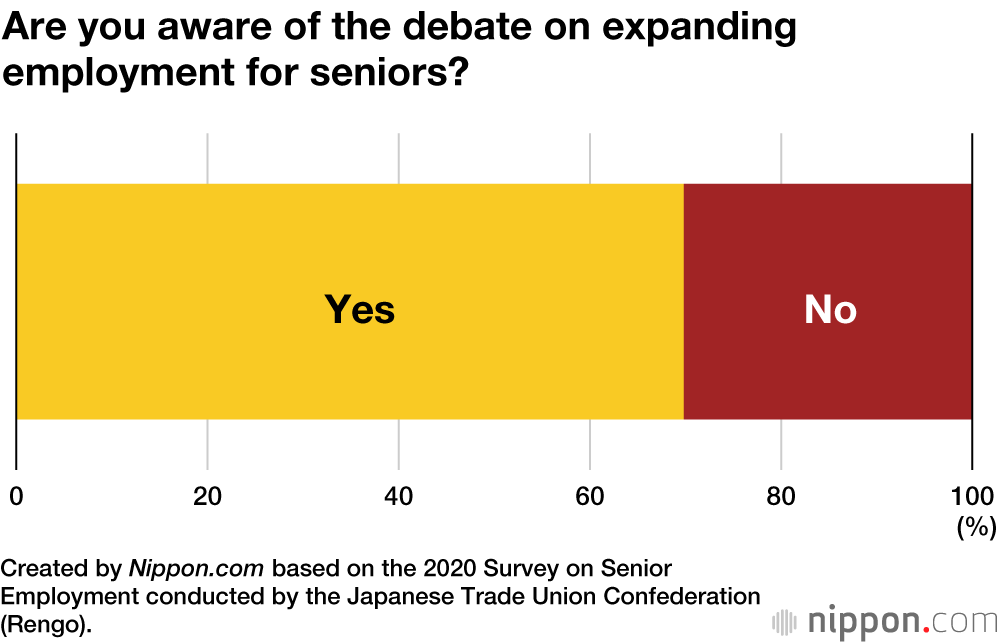 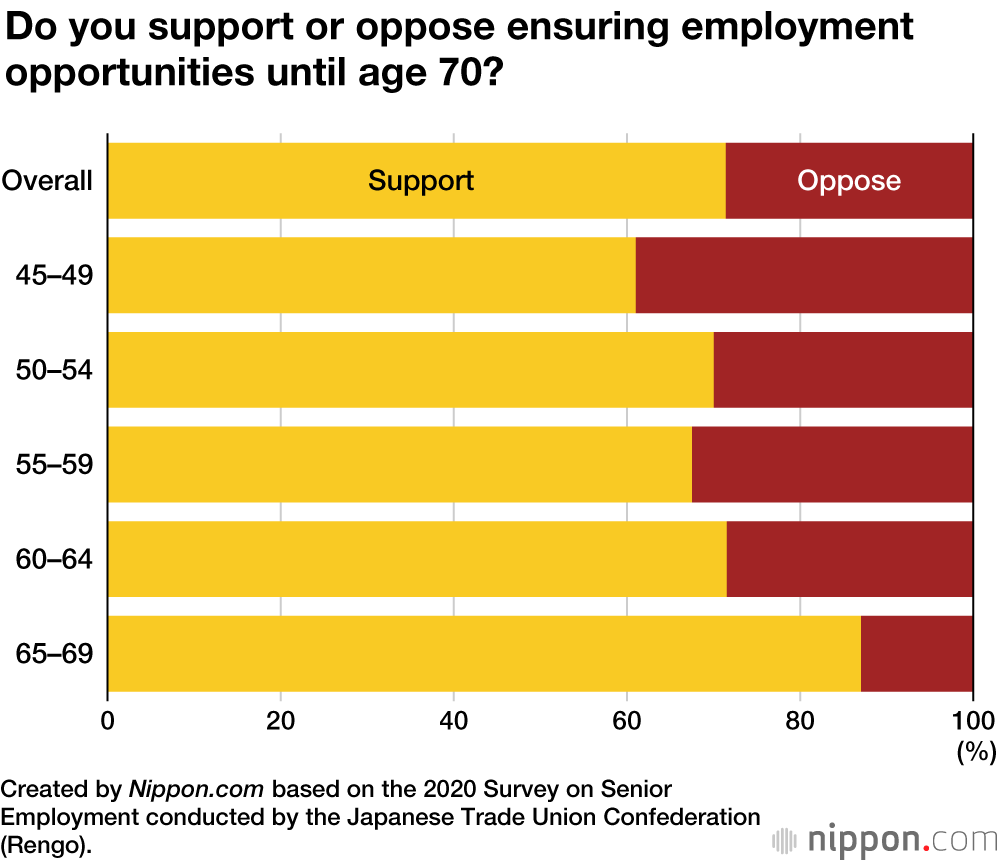 The survey found that most of those over 60 who are currently employed are working an eight-hour day, five days a week. Monthly salaries range between ¥50,000 and ¥250,000, with the average being ¥189,000. The average salary among those in regular positions was higher, at ¥331,000, which is more than double the ¥130,000 received on average among those working nonregular jobs with short-term contracts. 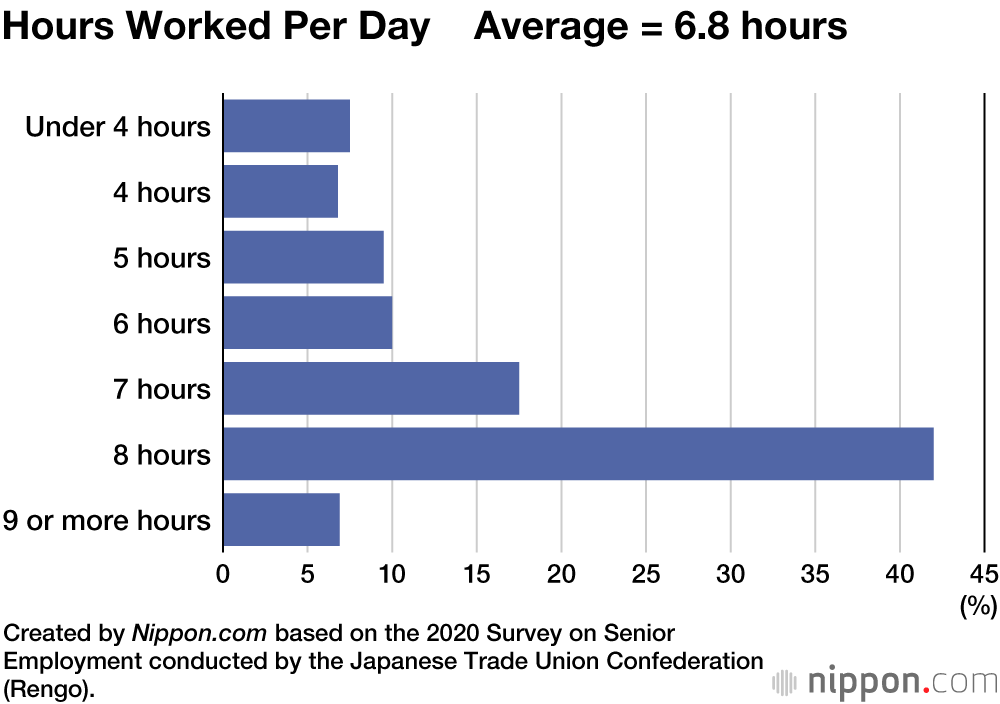 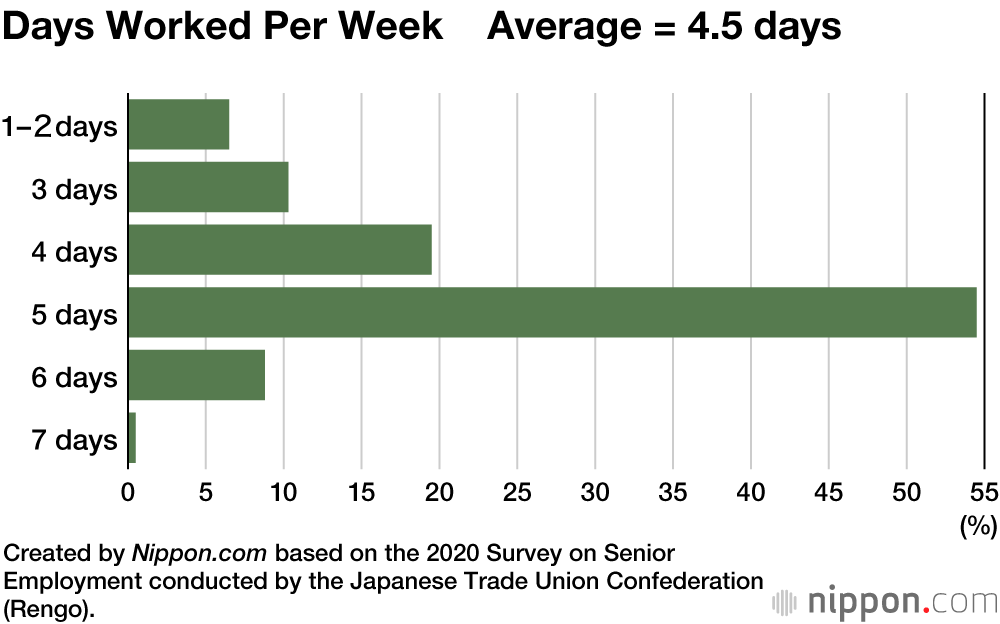 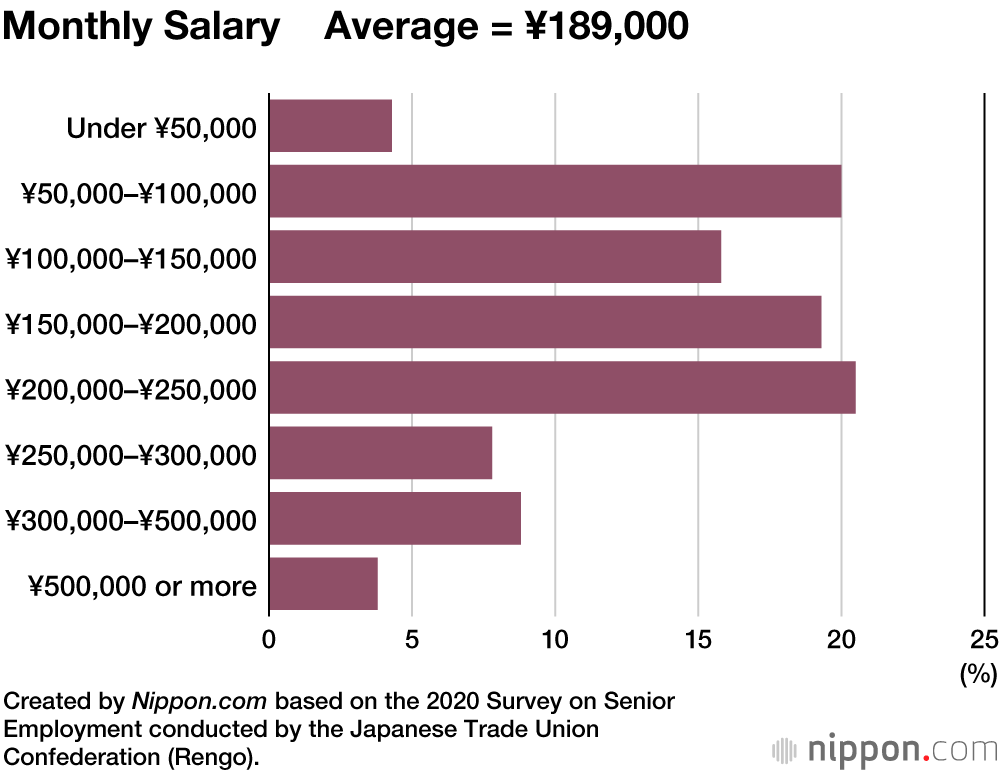 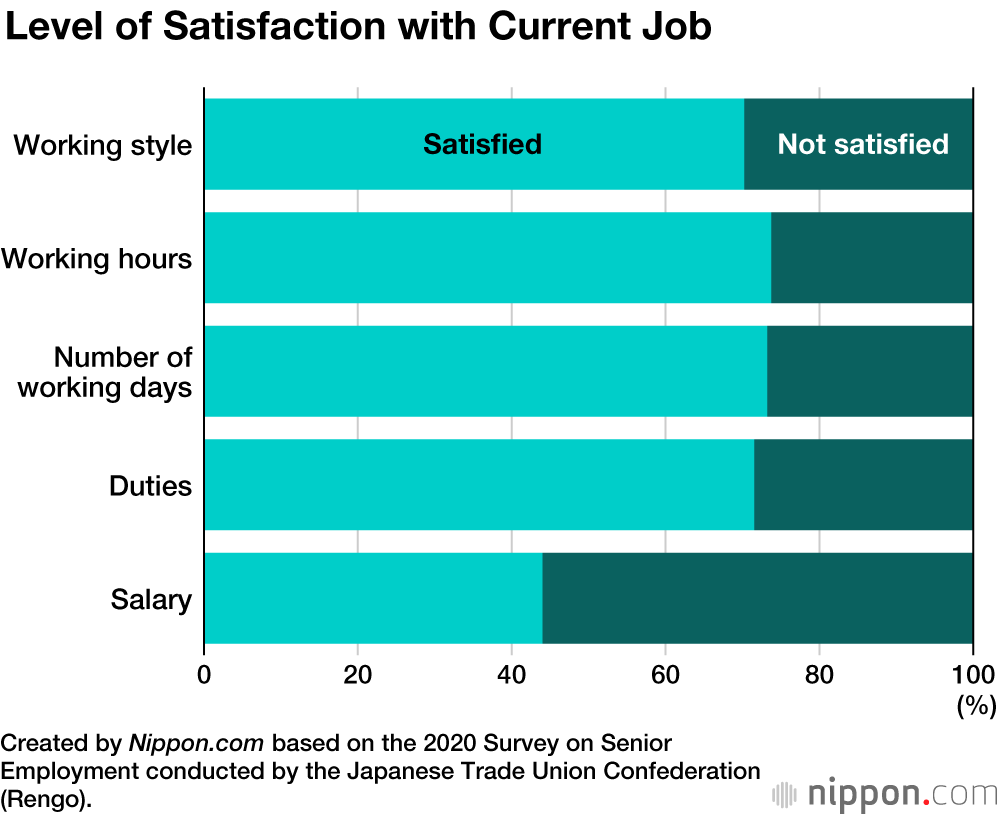 The main reasons people are working are to “earn a living” or “stay healthy.” 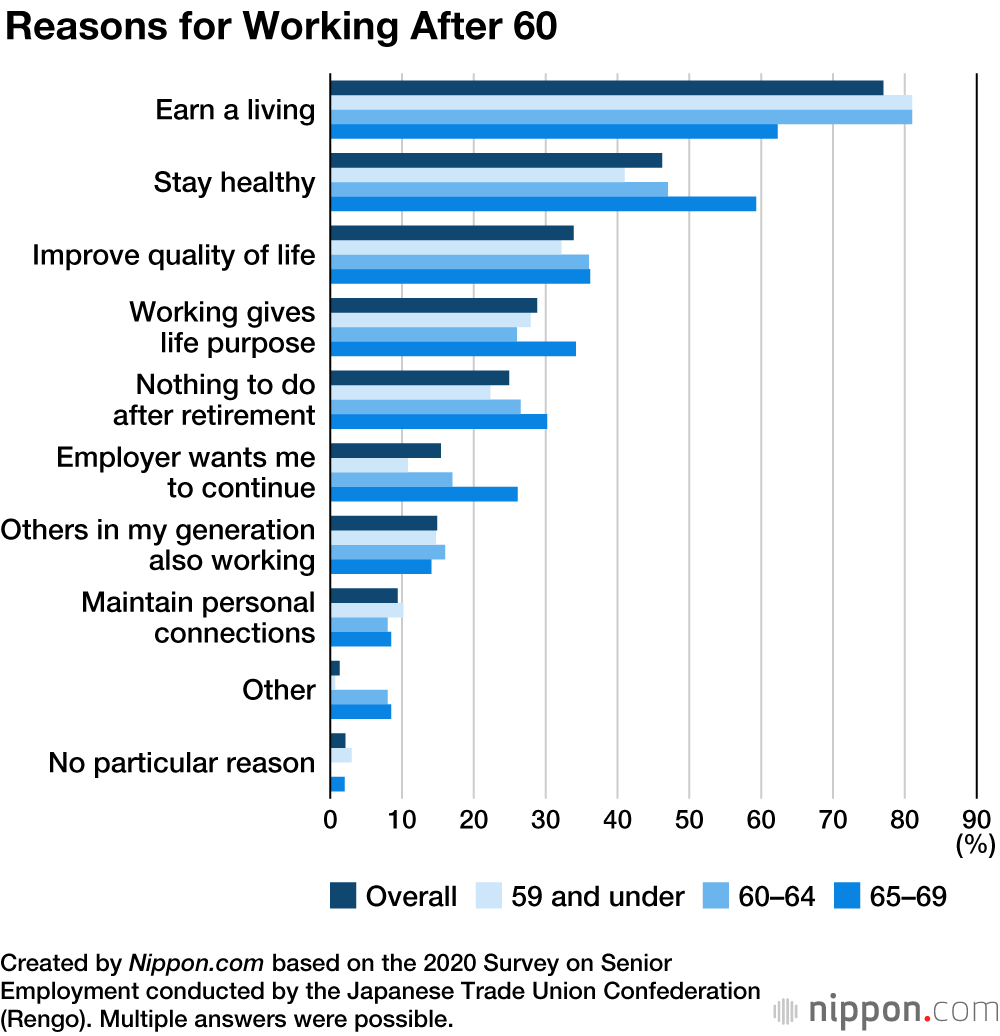