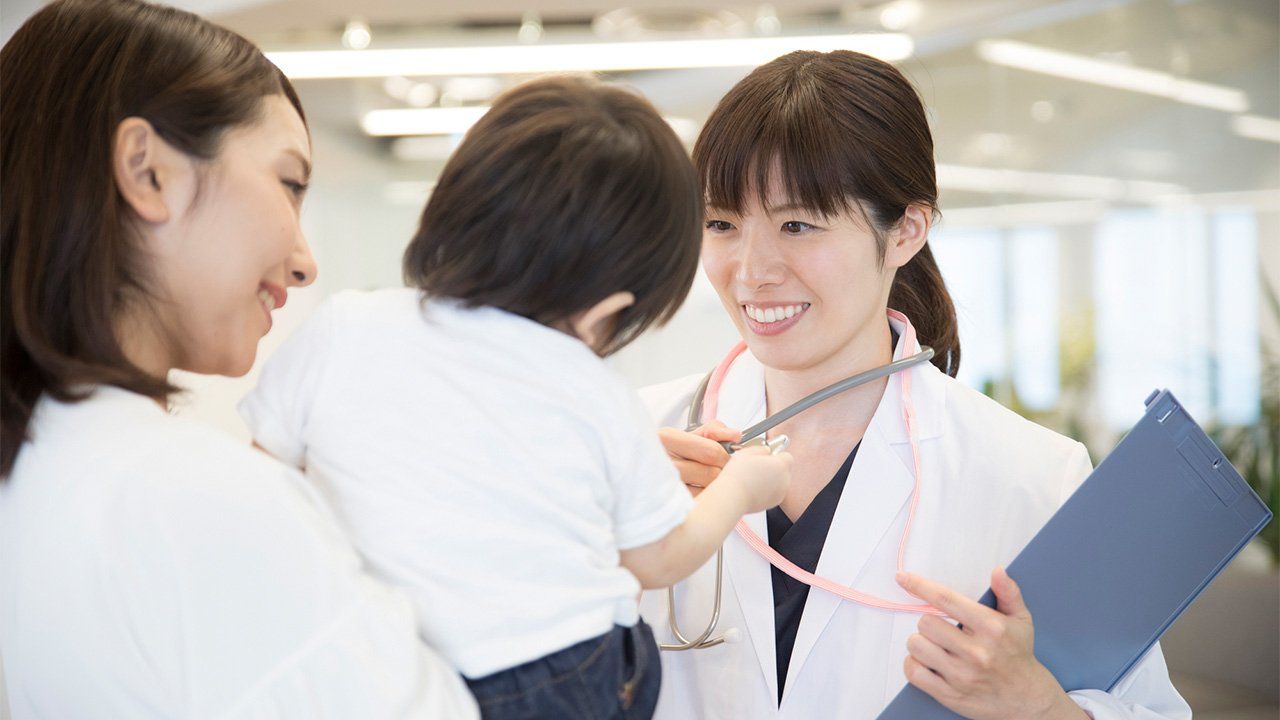 Society Health Work Mar 18, 2020
Female doctors are gradually increasing in number in Japan, but still only account for 21.9% of the total. 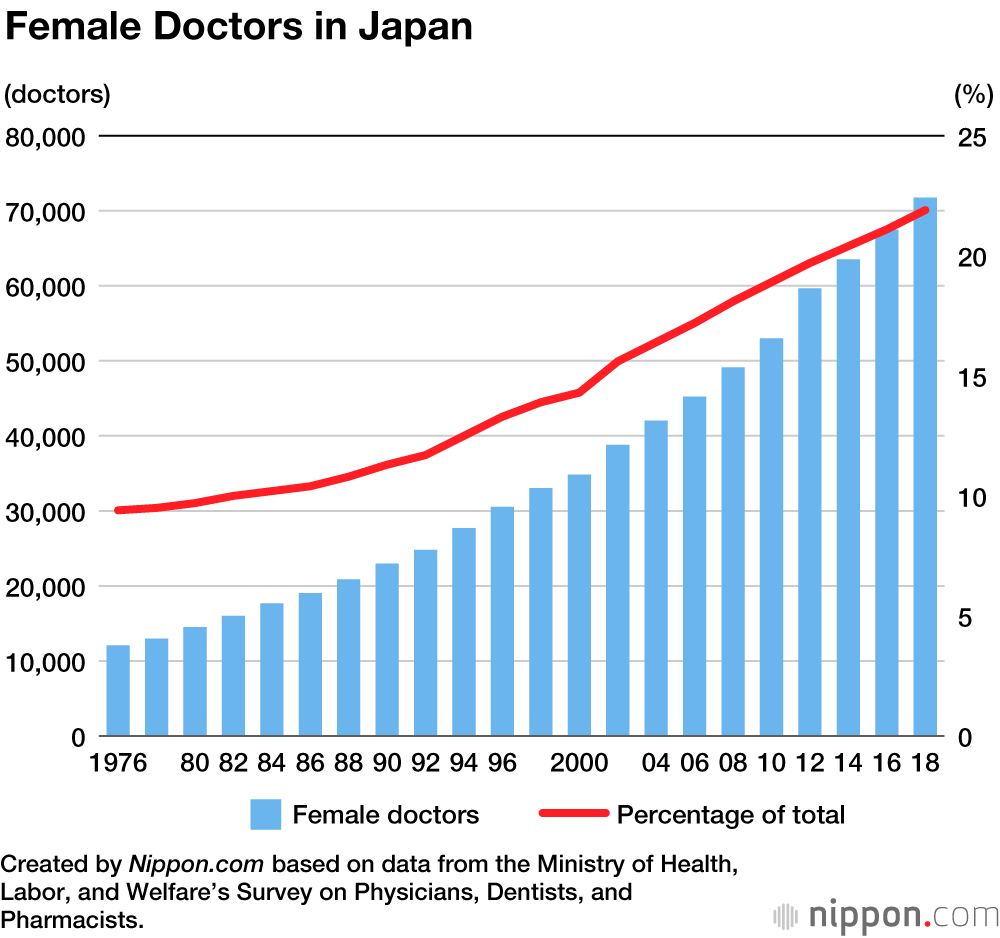 An uneven distribution could also be seen in the number of women doctors across departments. At hospitals, the departments of dermatology, obstetrics and gynecology, mammary gland surgery, ophthalmology, and anesthesiology have a greater number of female patients and the work involves relatively few long hours and less irregular schedules.

Dermatology, in particular, has 54.8% women doctors; the one department in the survey where the ratio exceeded that of men. Other specialties with more than 40% women doctors were obstetrics and gynecology (44.5%), mammary gland surgery (44.1%), ophthalmology (42.4%), and anesthesiology (40.9%). In contrast, eight other departments had a ratio of less than 10% women doctors, including neurosurgery with 6.5%, cardiovascular surgery and orthopedic surgery both with 6.2%, and tracheoesophageal surgery with only 2.5%. This same bias could be seen in clinics too.

Created by Nippon.com based on data from the 2018 Survey on Physicians, Dentists, and Pharmacists.