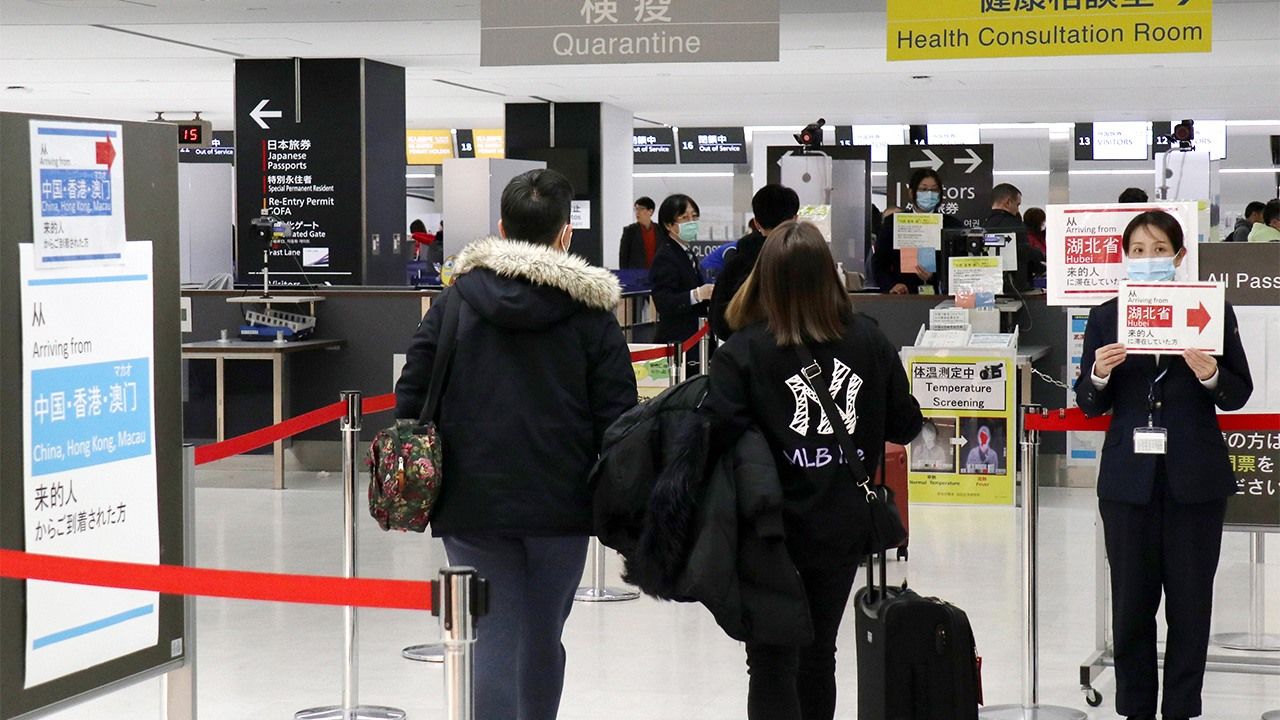 International visitors to Japan were down 1.1% year-on-year in January 2020. Japan National Tourism Organization statistics showed 2,661,000 people traveled to Japan from overseas during January. Following a diplomatic spat, the number of travelers from South Korea has plummeted since August 2019, bringing down the overall total.

By contrast, the number of Chinese visitors rose 22.6% to 925,000, setting a new record for January. The total was buoyed by new flight routes and increased services, as well as the fact that the Chinese New Year holiday period fell from January 24–30 in 2020 rather than February, as in 2019.

There were greater numbers of visitors from elsewhere in Asia, with rises of more than 40% from Hong Kong, Malaysia, the Philippines, and Vietnam. A 13.7% increase in visitors from the United States also resulted in a new record of 117,000 for January. 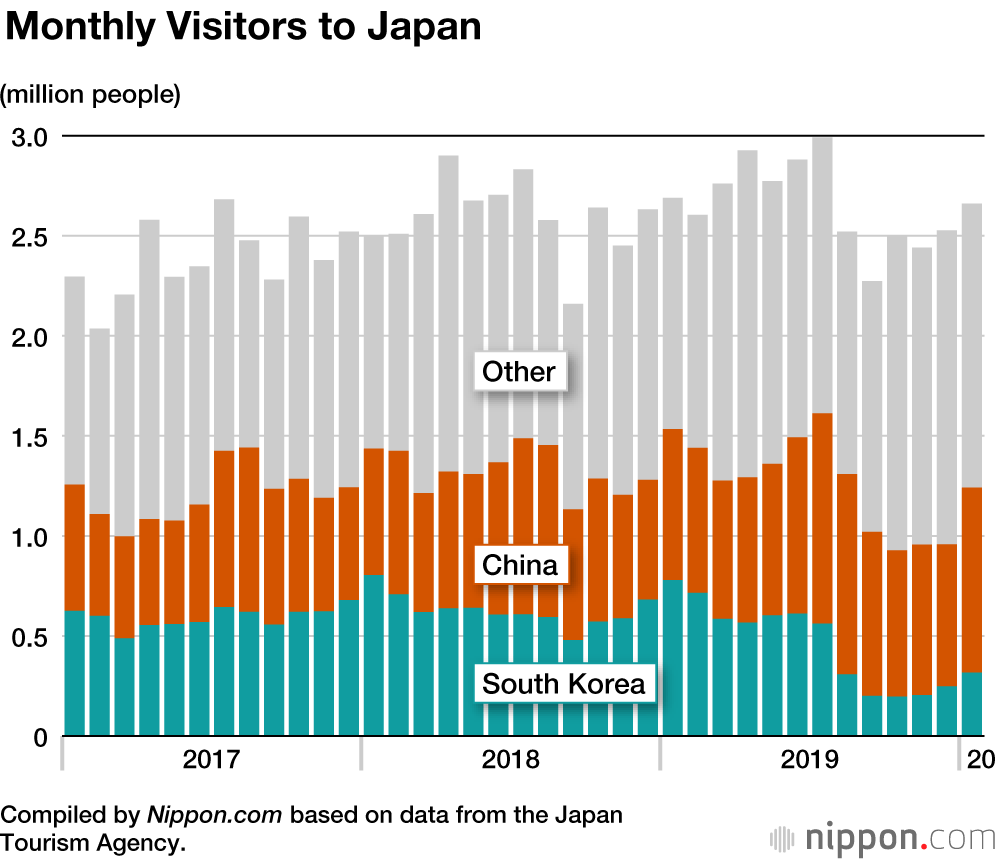 In response to an explosion of cases of the novel coronavirus, the Chinese government banned the sale of tour packages from January 27, resulting in a huge drop in the number of Chinese traveling overseas, including to Japan. As the announcement came late in the month, the decrease in group tours had little effect on visitor figures for January, but experts anticipate a steep decline in the February total, putting the Japanese government’s target of 40 million international visitors in 2020 in doubt. 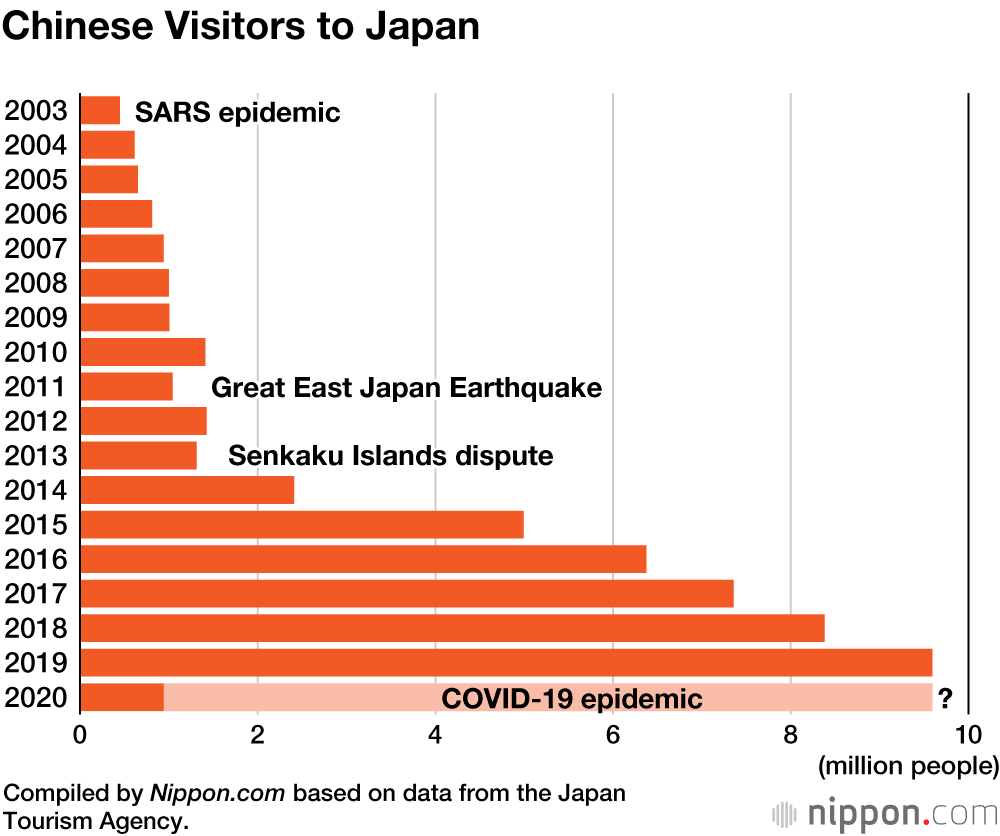