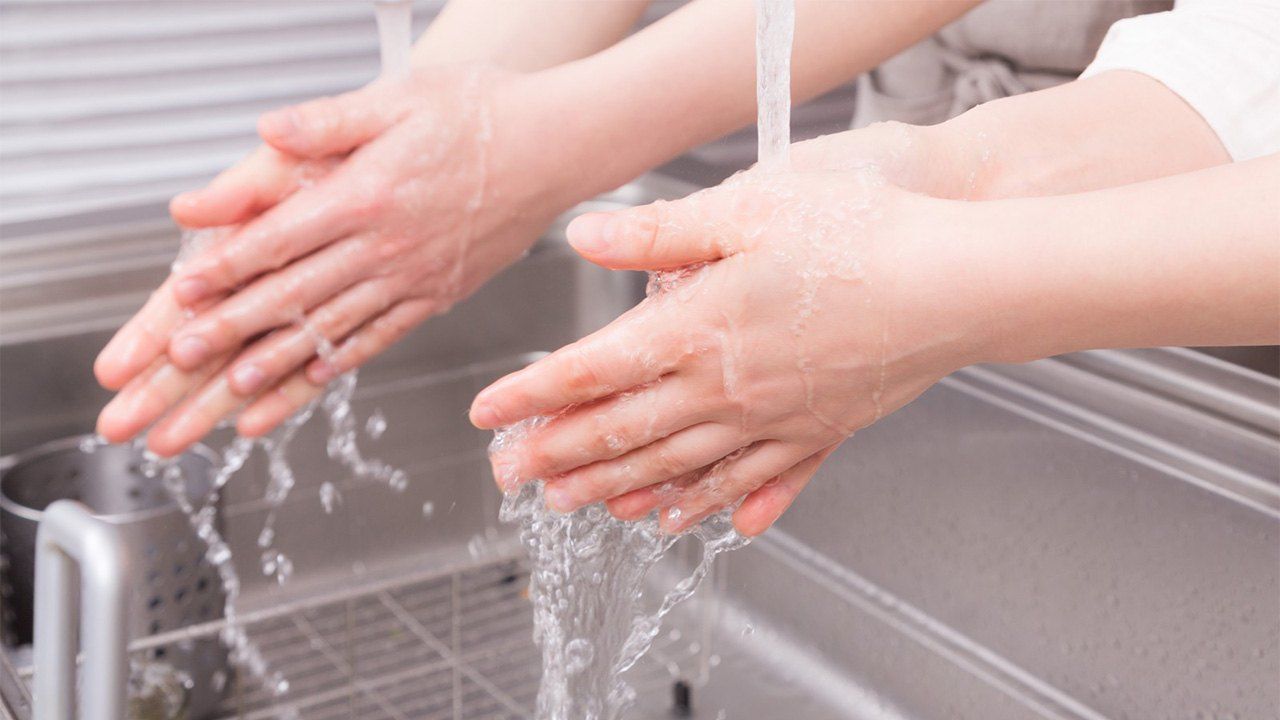 Coronavirus Cases in Japan by Prefecture

Society Mar 29, 2020
In this periodically updated article, we look at the total number of COVID-19 infections in each of Japan's prefectures.

Created by Nippon.com based on data from local governments. Prefectures are listed in the standard Japanese geographical order, from north to south. In some cases, local standards vary from those of the MHLW, so the total may not match the MHLW statistics.

Click here for information on infections by country and news updates.

Another 63 new cases are reported in Tokyo, bringing the total for the metropolis to 362, of which 224 occurred over the past six days. About half of the day's new cases are connected to suspected infection in a medical institution in Taitō.

In Tōnoshō, Chiba Prefecture, 58 infections are reported at a welfare facility for disabled people, including 32 facility workers.

Prime Minister Abe Shinzō calls for public cooperation to avoid an explosive increase in infections as seen in Western cities that have gone into lockdown, saying that there is a long fight ahead. He also pledges to compile a budget in 10 days to tackle the economic effects of the crisis.

Tokyo Governor Koike Yuriko announces that 40 new infections have been confirmed in the metropolis. This is the third successive day of 40 or more new cases, and the 161 cases in the last five days represent more than half of Tokyo's total to date.

Hanshin Tigers pitcher Fujinami Shintarō is among three of the team's players to test positive for the coronavirus.

The Nippon Professional Baseball Organization postpones the start of the baseball season further, setting a new target date of April 24. Local governments in Kanagawa, Saitama, Chiba, and Yamanashi—the prefectures surrounding Tokyo—call on residents to refrain from going out unnecessarily over the weekend. Tokyo Governor Koike extends her support for this message.

Tokyo Governor Koike warns of the danger of an explosive rise in infections, calling on residents to work from home as much as possible and avoid unnecessary weekend trips outside. Tokyo has reported 74 new cases over the past three days, including 41 on March 25.

The Ministry of Foreign Affairs raises its travel alert worldwide to level 2 for the first time ever, advising residents to refrain from any inessential overseas travel.

Popular comedian Shimura Ken tests positive for the SARS-CoV-2 virus. His agency reports that the 70-year-old celebrity has been sick for some days and has come down with a mild case of pneumonia.

Prime Minister Abe and International Olympic Committee President Thomas Bach agree to postponement of the Tokyo Olympics and Paralympics in a telephone discussion. The games are now set to take place in the summer of 2021.

Toyota announces a temporary halt at seven production lines in five plants within Japan due to slowing demand amid the coronavirus outbreak.

Tokyo Governor Koike says she may have to impose a lockdown on the metropolis if there is an explosive rise in cases, and asks for the cooperation of residents.

Prime Minister Abe reacts to the previous day's announcement by the IOC by saying that if it is difficult to hold the events as planned, there would be no choice but to postpone them. It is the first time he has mentioned accepting a postponement.

The IOC says it will consider postponing the 2020 Olympics and Paralympics, and that it will make a decision over the next four weeks. It says there are no plans to cancel the games.

A new infection cluster forms in Ōita Prefecture, where cases have increased to 16 over the last four days.

Reports continue to emerge of infections among Japanese returnees from Europe. Five people are found to be infected at Haneda and Narita Airports. They include a  girl whose family did not follow a request to stay at Narita until test results came out, and instead returned home to Okinawa.

Prime Minister Abe announces plans to lift the request for school closures, and tells the Ministry of Education, Culture, Sports, Science, and Technology to make preparations for reopening. At the same time, he continues to warn against holding large-scale events.

A government panel of experts warns of the danger of a massive epidemic in Japan, noting that while infections have been contained to some extent, they are still rising in big cities.

The government announces the postponement of a planned spring state visit to Britain by Emperor Naruhito and Empress Masako.

Hokkaidō Governor Suzuki Naomichi announces that the state of emergency he declared will end on March 19 as scheduled. He states that the prefecture has avoided an explosive rise in cases and that there is a need to a minimize the effect on economic activities, while continuing to ask those with flu-like symptoms or fevers to continue to refrain from going outside.

The government decides to cancel banquets scheduled for April 21 to formally celebrate Crown Prince Fumihito's rise to first in line to the throne.

Japan Football Association President Tashima Kōzō announces that he has tested positive for the coronavirus. Tashima is also vice president of the Japanese Olympic Committee.

At the first ever Group of Seven videoconference meeting, leaders say that "the COVID-19 pandemic is a human tragedy and a global health crisis, which also poses major risks for the world economy," and that they will mobilize "the full range of instruments, including monetary and fiscal measures, as well as targeted actions, to support immediately and as much as necessary the workers, companies, and sectors most affected."

The Bank of Japan decides to double buying of exchange-traded funds to ¥12 trillion as part of easing measures to bolster the economy. It will also cooperate with other major central banks in the United States and Europe.

The US Federal Reserve slashes interest rates to 0%–0.25%, matching levels seen during the global financial crisis of 2008.

Amid shortages, new legislation comes into force that bans resale of masks for profit, with potential punishments of up to one year in prison or fines of up to ¥1 million.

Prime Minister Abe tells a press conference that Japan's relatively low infection rate means it is not time to declare a state of emergency. He also says that the country will go ahead with preparations for the Tokyo Olympics and Paralympics as scheduled.

Two more confirmed coronavirus fatalities in Aichi Prefecture bring the national total to 21, of which 10 have been in Aichi.

US President Donald Trump suggests that the 2020 Tokyo Olympics may be delayed for one year, saying that it would be better than holding events in empty stadiums.

World Health Organization Director-General Tedros Adhanom Ghebreyesus declares that the coronavirus outbreak is now a pandemic, and calls on countries to take “urgent and aggressive action” to contain it.

Prime Minister Abe Shinzō calls for cancellations of large-scale events for a further 10 days, saying that it continues to be an important time to prevent the rapid spread of infections. He also says Japan will refuse entry to people who have been in five northern provinces of Italy, eight Iranian provinces, and the state of San Marino, due to widespread infections in these locations.

A government panel says Japan is not experiencing an explosive growth in infections as in 80% of cases those infected have not passed on the coronavirus to others and clusters of cases have been identified relatively quickly. It advises people to avoid crowded, closed spaces with poor ventilation.

The beginning of the Nippon Professional Baseball season is postponed from March 20, with organizers targeting an April start. The Japan Professional Football League will also extend its suspension until April.

An Aichi Prefecture man who died on March 7 is found to have been infected with the coronavirus. This brings the total fatalities caused by COVID-19 on Japanese soil to 7. Three more infections in Hokkaidō bring the prefecture's total over 100.

The government says it will support small and medium-sized businesses affected by the coronavirus outbreak by offering them interest- and collateral-free loans under a special program. It also plans to give financial assistance to caregivers forced to take time off from work to look after children.

The Johns Hopkins Center for Systems Science and Engineering, which is tracking the coronavirus outbreak, announces that more than 100,000 people have been infected worldwide, of whom more than 57,000 have recovered.

Osaka Prefecture announces that most of its 31 cases are connected to two live music venues in the city of Osaka. Cases in Nagano and Hyōgo Prefectures are also connected to the venues.

The government cancels this year's memorial service marking the ninth anniversary of the Great East Japan Earthquake on March 11.

Prime Minister Abe announces that visitors from China and South Korea will undergo quarantine for two weeks at designated facilities and be asked not to use public transportation. Arrivals from the two countries will be limited to flights to Narita and Haneda Airports. The system will start from March 9, and is presently set to continue until the end of March.

IOC President Thomas Bach reiterates the organization's commitment to holding the Tokyo Olympic Games as planned rather than canceling or postponing the competition.

The Japan High School Baseball Federation announces that the spring invitational high school baseball tournament, scheduled to begin on March 19, is set to be held behind closed doors. A final decision on the event will be made on March 11.

More cases are identified in the Kansai region among concert-goers at an Osaka venue on February 15 and 16.

Under emergency legislation, the government orders mask manufacturers to sell their products to the state. It announces it will supply masks to Hokkaidō municipalities with numerous infections.

The Ministry of Health, Labor, and Welfare warns that gyms and buffet restaurants are particular danger spots for infections.

The number of cases in Sagamihara, Kanagawa Prefecture, rises to 14.

Prime Minister Abe calls for understanding of his school closure request, stating that it is a crucial period to contain the spread of the outbreak.

The first case is confirmed in Tōhoku, as a returned passenger on the Diamond Princess cruise ship who had previously tested negative is found to be infected in Sendai, Miyagi Prefecture. Kōchi and Niigata Prefectures also report their first cases.

Hokkaidō Governor Suzuki Naomichi declares a state of emergency and calls on residents to stay at home over the weekend.

Prime Minister Abe calls for the closure of all Japanese elementary, junior high, and high schools as a measure to contain the coronavirus.

Osaka Prefecture announces that a woman in her forties has tested positive for the coronavirus after previously appearing to have recovered from infection.