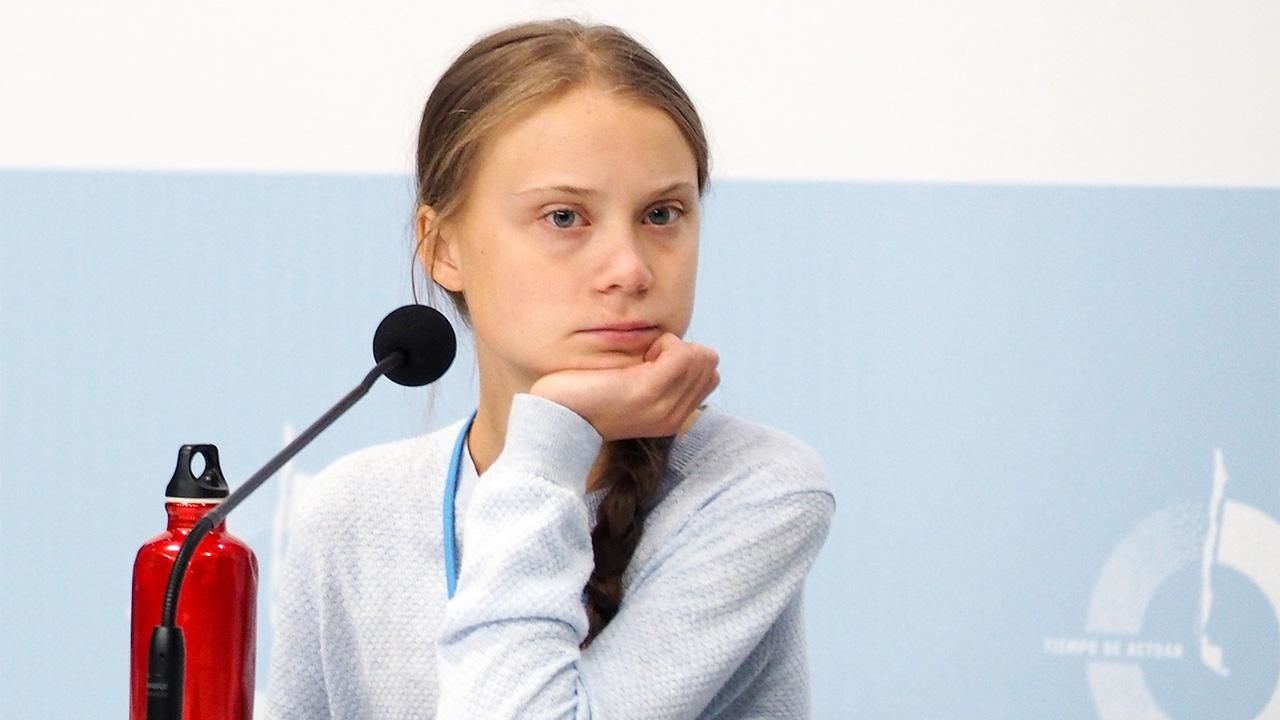 Environment Economy Society Politics Mar 23, 2020
A survey of 18-year-olds in Japan found that many had few opinions on environmental matters.

Greta Thunberg, the young Swedish environmental activist, delivered a speech at the United Nation‘s Climate Action Summit in September 2019 in which she called for a change in orientation from the current overemphasis on economics, telling world leaders that, “The eyes of all future generations are upon you. And if you choose to fail us, I say, we will never forgive you.”

Nearly every day there are reports in newspapers and on TV related to the repercussions of global warming, such as damage from typhoons and torrential rain on an ever-larger scale and the impact on fishery resources from rising ocean temperatures. However, a survey of Japanese 18-year-olds regarding climate change conducted by the Nippon Foundation found that one in three respondents, or 33%, were “unaware” of the risks associated with global warming. 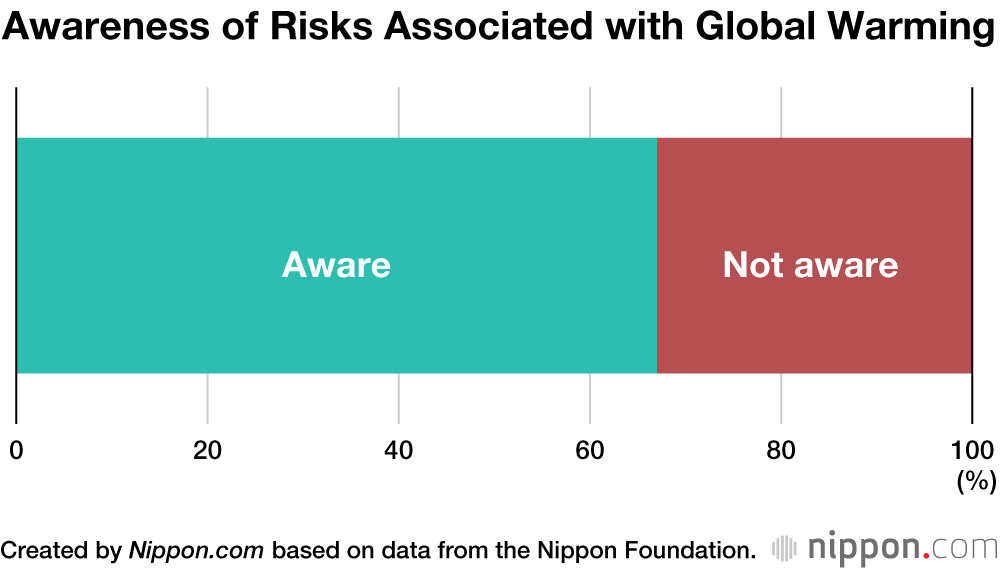 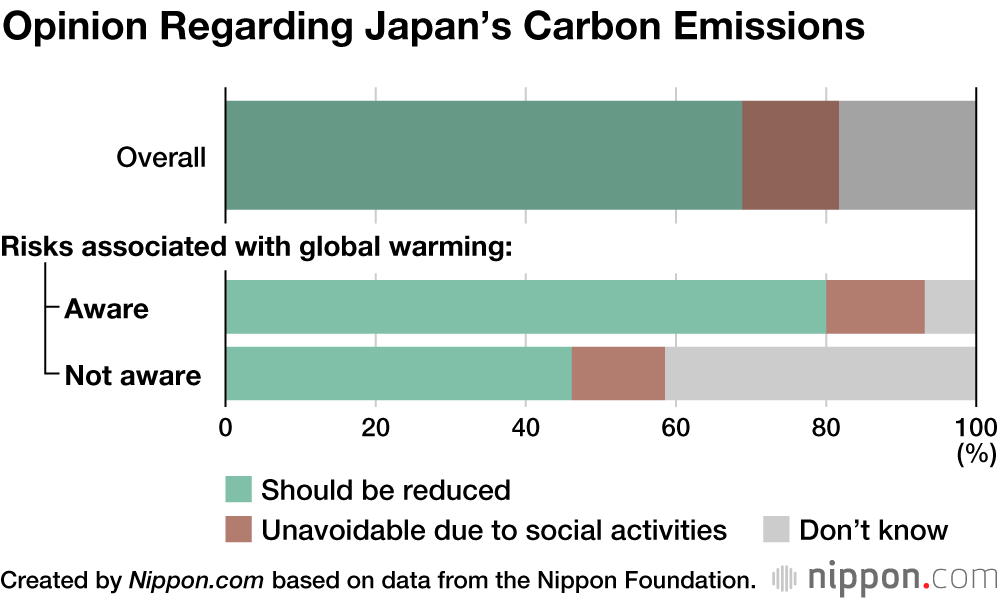 Under the Paris Agreement, an international framework for responding to global warming, Japan set the medium-term target of reducing its emissions of greenhouse gases by 26% by fiscal 2030 compared to the level of fiscal 2013. As to whether this goal is sufficient compared to other countries, the answer among nearly half of those surveyed, or 47.6%, was “Don’t know.” Among those unaware of the risks associated with global warming, the proportion of those who answered “Don’t know” was 75.4%. 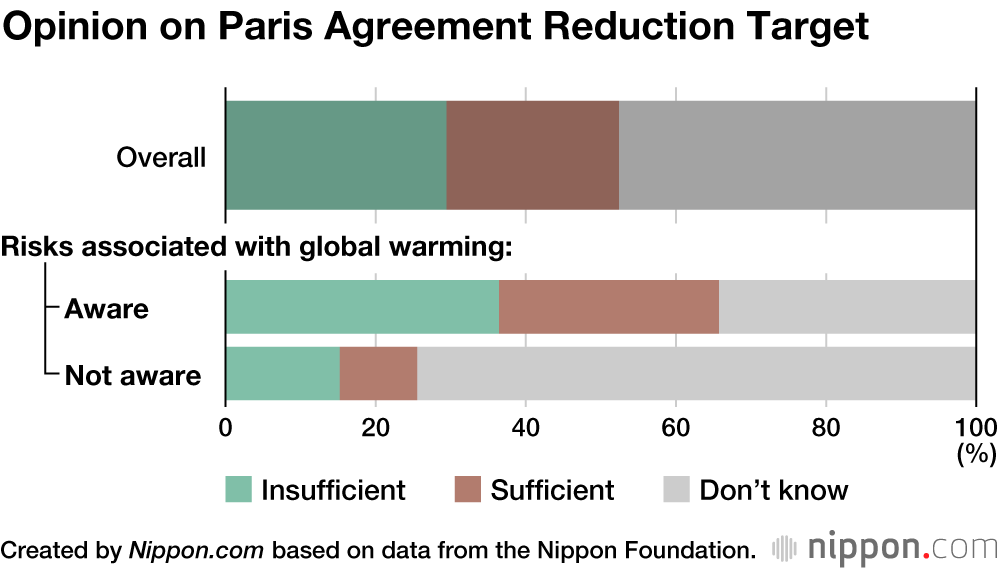 When asked for their view on President Donald Trump withdrawing the United States from the Paris Agreement, 75.8% of those surveyed who were unaware of the risks associated with global warming responded with “Don’t know.” 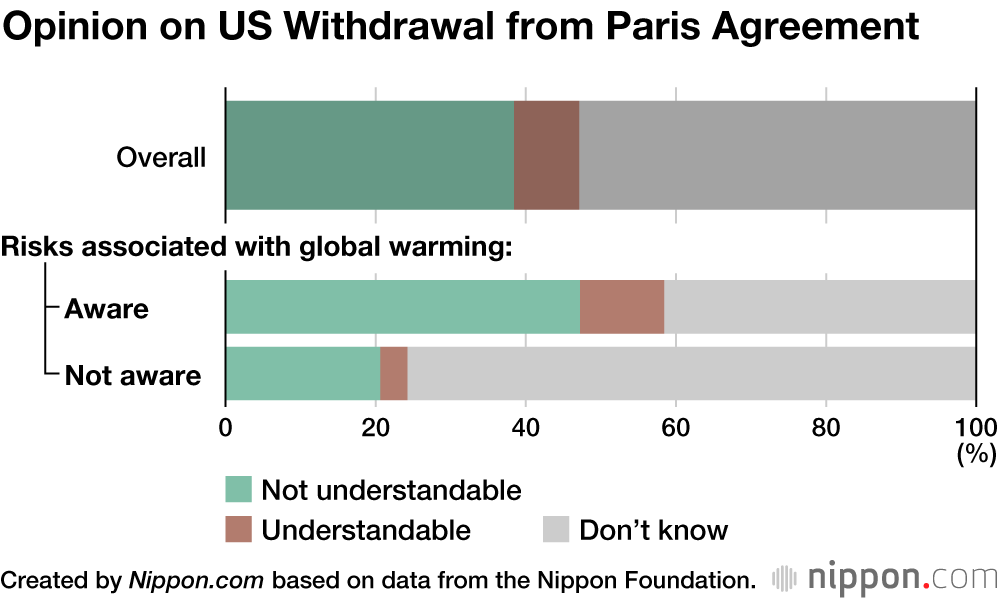 There was an overall tendency among those unaware of the risks associated with global warming to have no opinion regarding specific questions in the survey, answering “Don’t know” instead.

At the UN Climate Action Summit in September 2019, Greta Thunberg called for efforts to counter global warming, which developed into protests by young people in countries around the world, including school strikes. Among the 18-year-olds surveyed in Japan, however, only 29.6% expressed sympathy with her views, while 52.9% said they didn’t know. In particular, among those unaware of the risks associated with global warming, an overwhelming 72.5% said they didn’t know, while those who agreed or disagreed were limited to 14.8% and 11.8%, respectively. 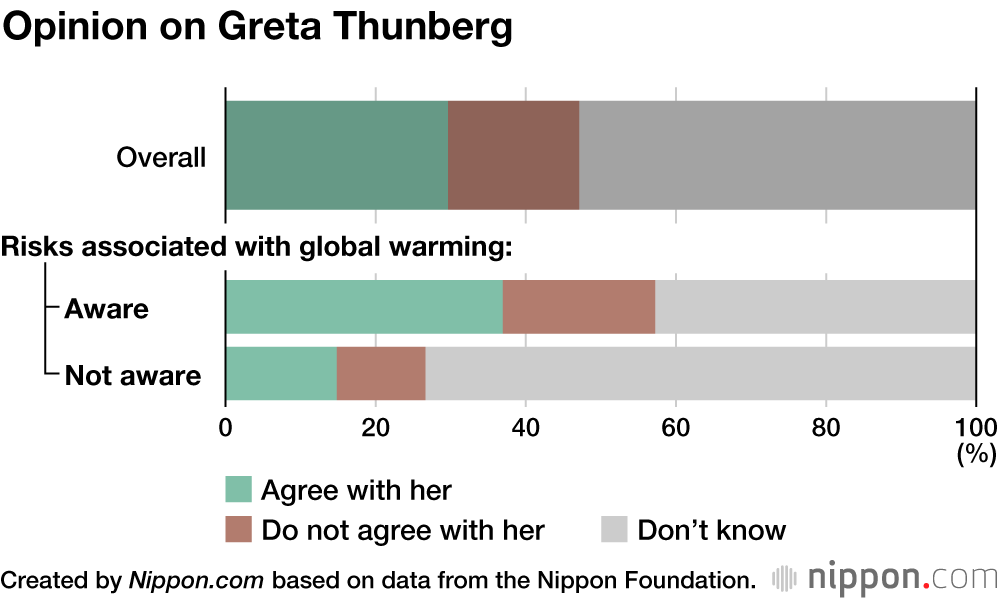 The survey included an open-ended question on what measures respondents thought were needed to tackle global warming. The focus of many of the answers was on the everyday actions of individuals, rather than major social reforms, including the following: “The efforts of each individual are important;” “Become aware that the effort of each individual includes yourself;” “Each person should try to curb greenhouse gases as much as possible.”