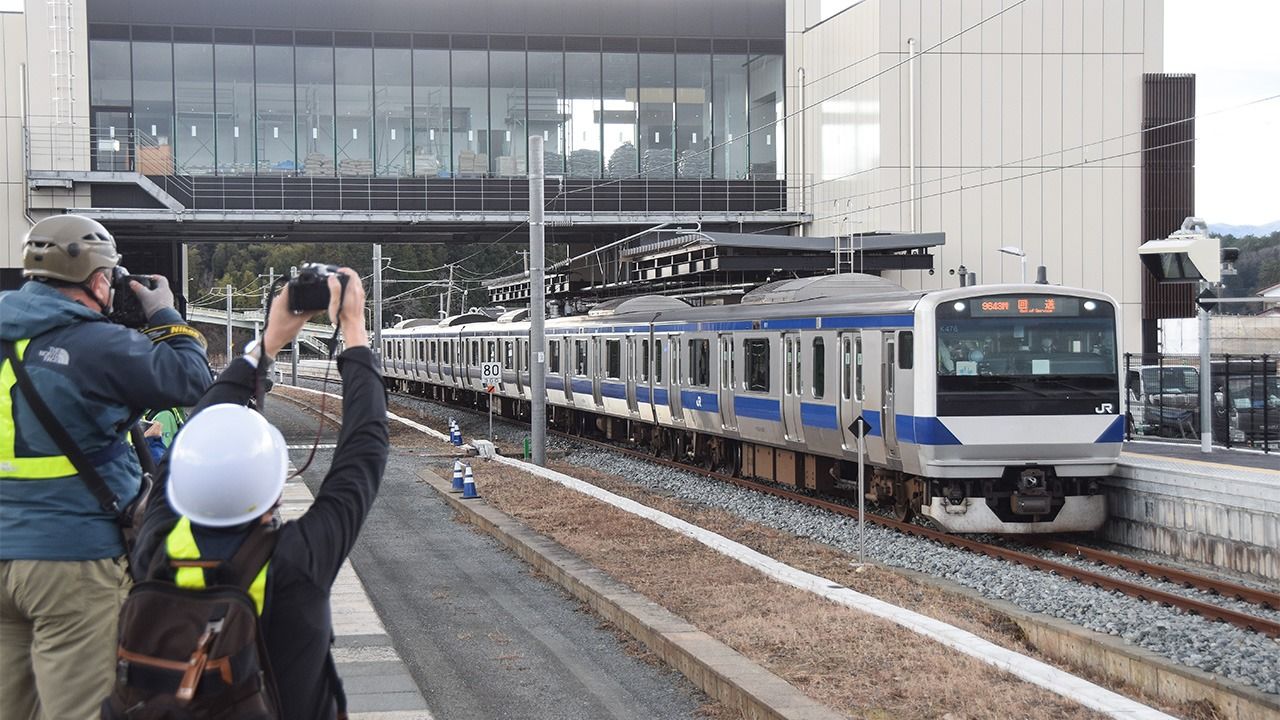 The State of Recovery in Tōhoku Nine Years after 3/11

Society Mar 11, 2020
A review of current data on recovery work in Tōhoku and the lingering effects of the nuclear disaster in Fukushima nine years on from 3/11.

In February 2020, Japan’s Reconstruction Agency announced that an additional 6,000 people displaced by the Great East Japan Earthquake moved from provisional accommodation to permanent housing during the previous year, bringing remaining evacuees to 48,000. Around 99% of the planned 30,000 units in public housing projects for disaster victims have been completed, and the last household remaining in temporary prefabricated structures in the tsunami-hit city of Ishinomaki, Miyagi Prefecture, also moved into permanent housing in January.

Over the past year there were 38 fatalities indirectly caused by the disaster, so-called disaster-related deaths that include suicide and deteriorating physical health brought on by changes in the living environment.

The agency also stated that as of March 31, 2019, reconstruction projects in towns in tsunami-affected areas were largely complete. These included rebuilding residences, relocating residents from areas at risk in future disasters, and rezoning districts. By March 31, 2020, 99% of planned projects to protect coastal areas, such as raising seawalls, will be underway, and 66% are due to be completed. The JR Jōban Line is also set to resume full service when the final section between Tomioka and Namie Stations reopens on March 14.

Manufacturing in Fukushima, Iwate, and Miyagi Prefectures has returned to predisaster levels. The Reconstruction Agency says that restoration of farmland will be largely complete by the end of March 2020. While reconstruction of fishing infrastructure in the prefectures has made considerable progress, fisheries in Fukushima continue to suffer from reputation damage following the nuclear accident.

Reconstruction Agency figures as of March 2020 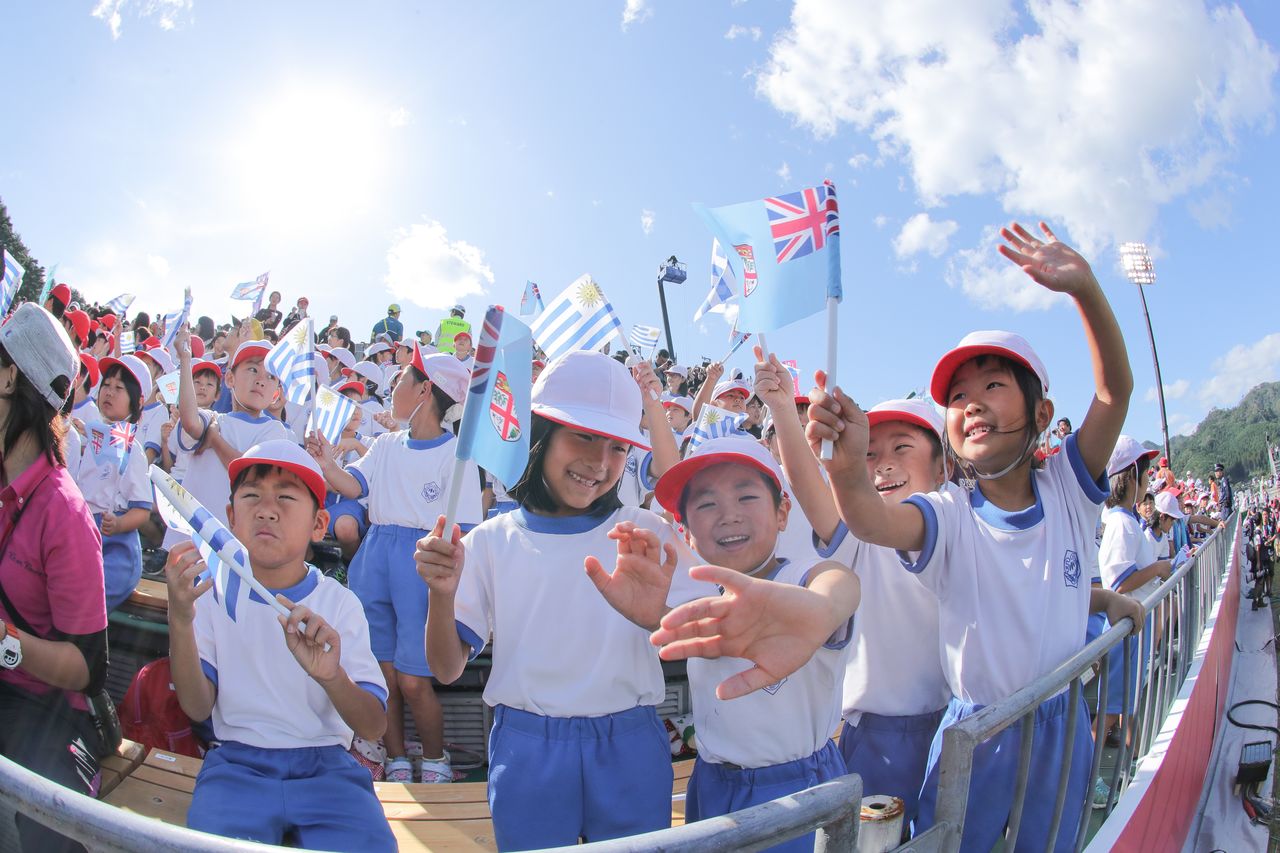 Portions of seven municipalities around the Fukushima Daiichi Nuclear Power Station remain closed to habitation. Decommissioning work is ongoing at the plant. 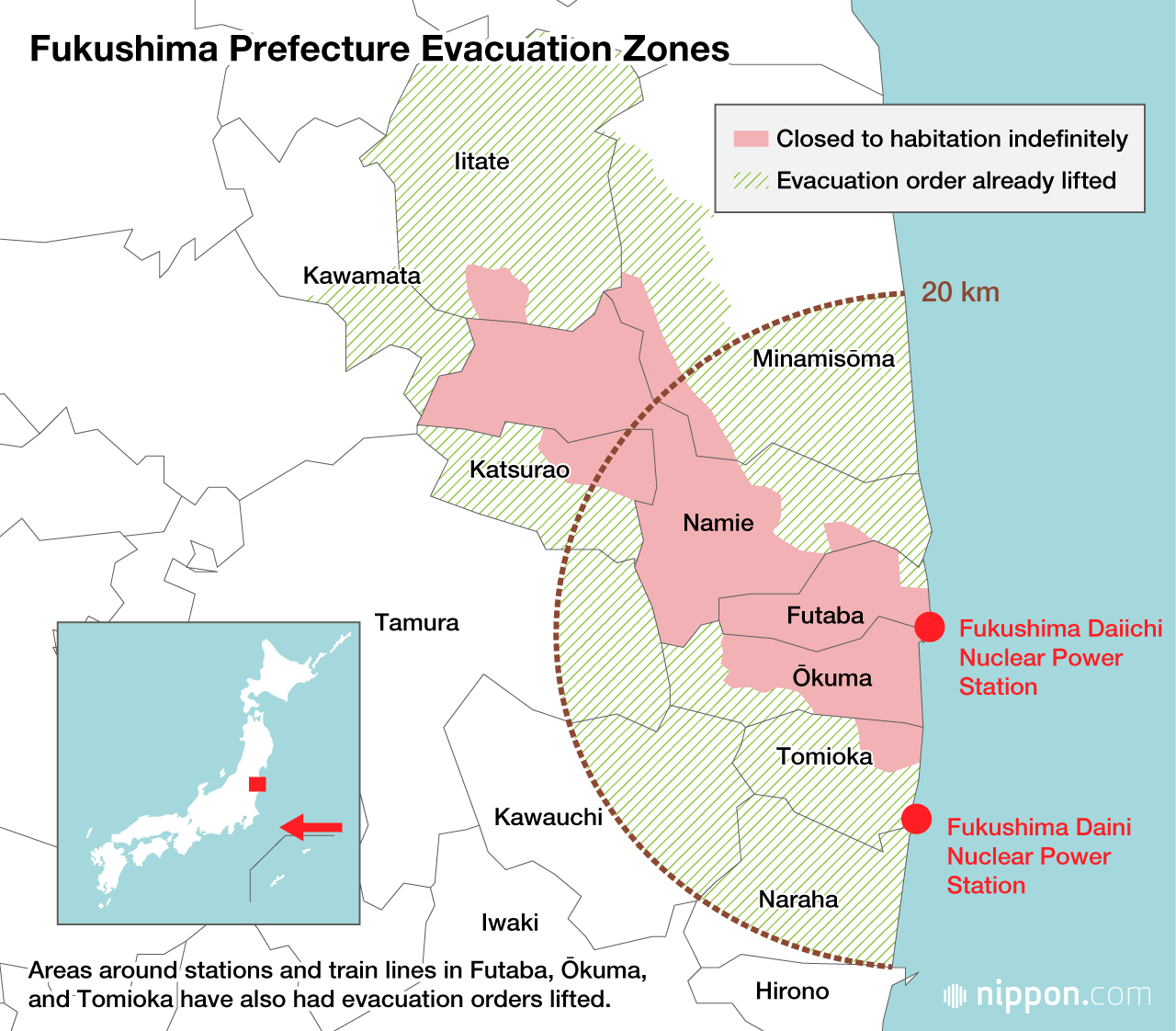 Authorities formerly designated three areas in the evacuation zone: Area 1, where it was expected that residents would have difficulty returning for a long time; Area 2, in which residents were not permitted to live; and Area 3, in which evacuation orders were expected to be lifted. Since April 2014, evacuation orders have been gradually lifted, and now the zone consists solely of areas closed indefinitely to habitation.

In April 2019, evacuation orders were lifted for the first time in parts of Ōkuma, where the Daiichi plant is located, allowing some residents to finally return to the town. In line with the March 2020 resumption of full service on the Jōban Line, areas around the track and stations in Futaba, Ōkuma, and Tomioka have had their evacuation orders lifted.

As of February 2020, approximately 30,000 of Fukushima’s roughly 40,000 evacuees reside in other prefectures. Authorities have largely finished decontamination projects, including of homes and public facilities, and airborne radiation levels continue to decline across the prefecture.

On September 19, 2019, Tokyo District Court ruled that three former executives of Tokyo Electric Power Company that manages Fukushima Daiichi were not guilty of professional negligence resulting in death and injury related to the nuclear accident at the plant.

State-appointed lawyers acting as prosecutors had called for five-year prison sentences for former Chairman Katsumata Tsunehisa and former Executive Vice Presidents Takekuro Ichirō and Mutō Sakae. While the prosecution insisted that the men should have implemented safety measures on hearing from 2008 to 2009 about the possibility of a tsunami over 10 meters high, Judge Nagafuchi Ken’ichi said that they could not have foreseen the 2011 disaster, ruling that their actions were not unreasonable.

In October 2019, the Supreme Court’s First Petty Bench dismissed an appeal by city and prefectural governments ordered to pay damages for the tsunami deaths of 23 elementary school children in Ishinomaki. This upheld the Sendai District Court ruling that the governments should pay ¥1.4 billion in damages due to the school’s inadequate disaster measures.

(Originally published in Japanese. Banner photo: A train makes a stop at Futaba Station, Fukushima Prefecture, as a test run takes place on the Jōban Line on December 18, 2019, ahead of its return to full service. © Jiji.)