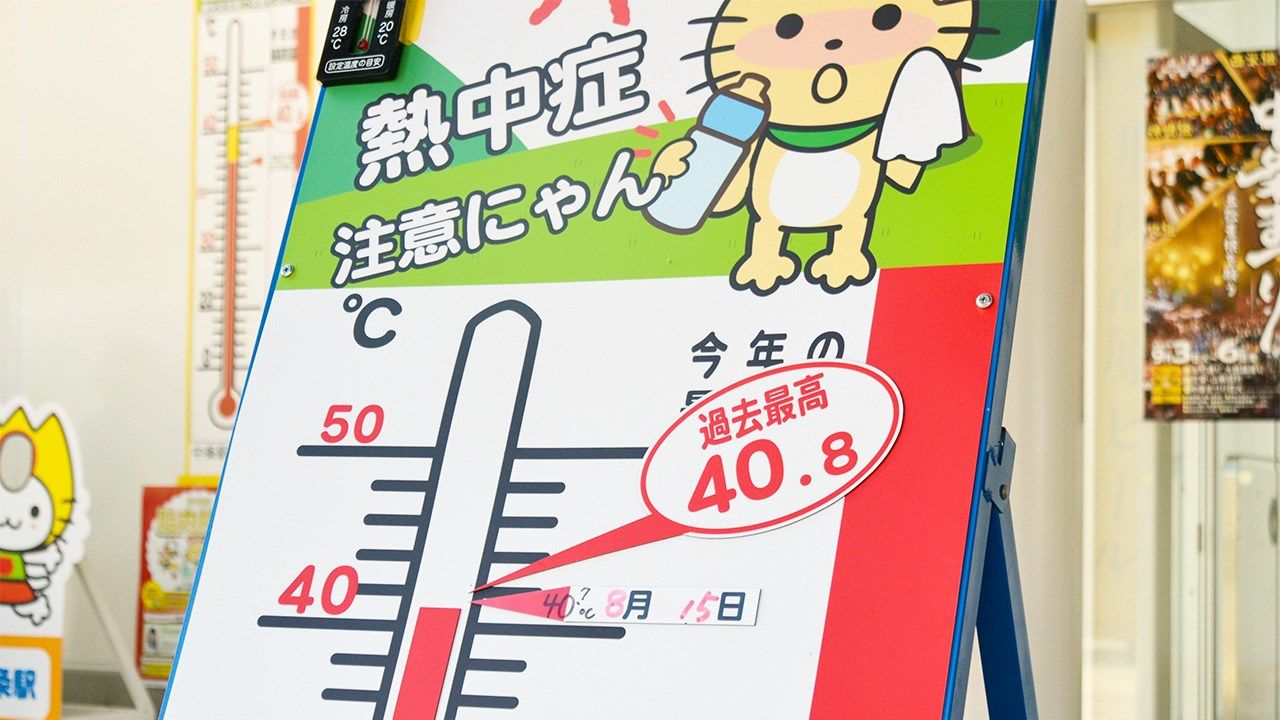 Record Average Temperatures in Japan in 2019

Society Apr 6, 2020
Climate change brought new record average temperatures to Japan in 2019. Precipitation levels were also around 20% higher than average in parts of the country.

Statistics released by the Japan Meteorological Agency show that the mean temperature deviation in Japan in 2019 was 0.92 degrees higher than normal (based on the average value for 1981-2010), and represented the highest increase since data started being recorded in 1898. The highest increase up to now has been 0.88 degrees in 2016.

In particular, the mean temperature deviation in the east of the country rose 1.1 degrees above normal. Looking at different regions, temperatures in Kantō-Kōshin and Tōkai were higher by 1.1 degrees; those for Tōhoku, Hokuriku, and Kansai were 1.0 degrees higher; Chūgoku and Northern Kyūshū’s were up by 0.9 degrees; and those in Hokkaidō, Shikoku, Southern Kyūshū (mainland), and Okinawa went up by 0.8 degrees. 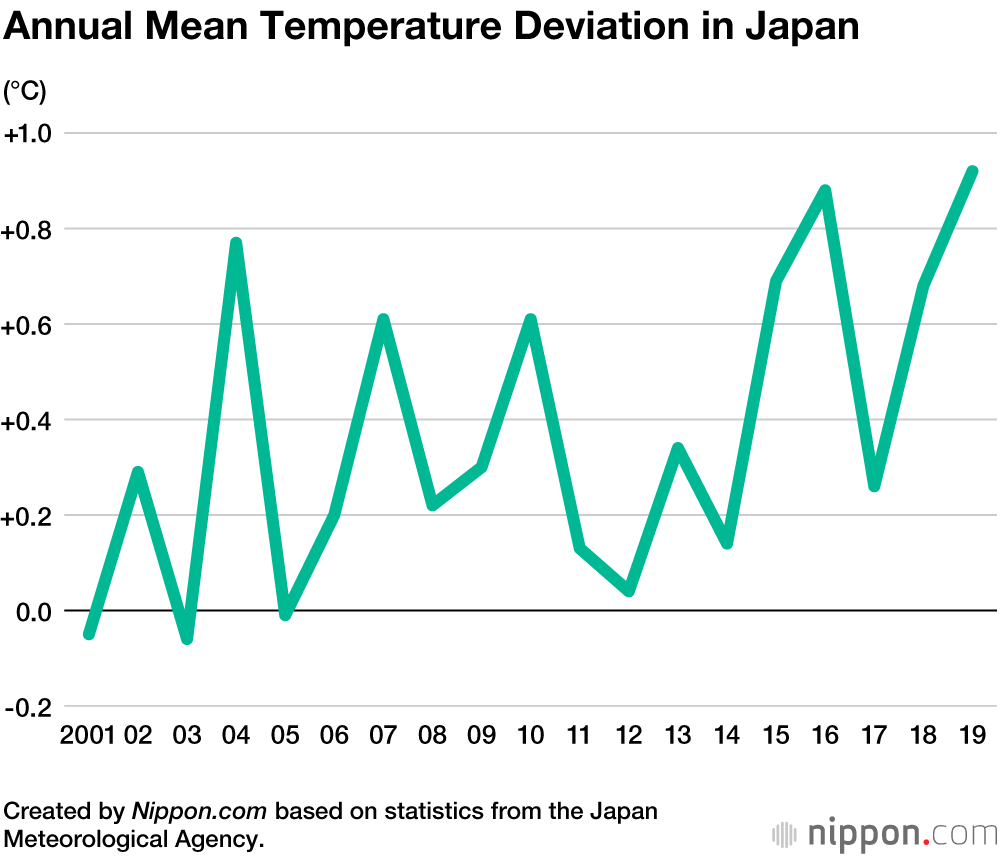 The year 2019 also saw an increase in annual rainfall, with Okinawa up 27%, Amami up 23%, Kantō-Kōshin up 18%, Southern Kyūshū (mainland) up 14%, and along Tōhoku’s Pacific Coast and Tōkai up 10%. Miyakejima in the Izu Islands had 40% more rainfall with 4,124 millimeters and Tateyama in Chiba Prefecture was 41% higher with 2,528 millimeters—both the highest on record.

In contrast, rainfall along the Japan Sea coast in northern and eastern Japan was 14-15% lower than normal. By region, Kutchan and Wakkanai in Hokkaidō only saw rainfall of 1,038.5 millimeters and 749 millimeters, respectively, which only amounted to 70% of normal annual levels and were the lowest on record. 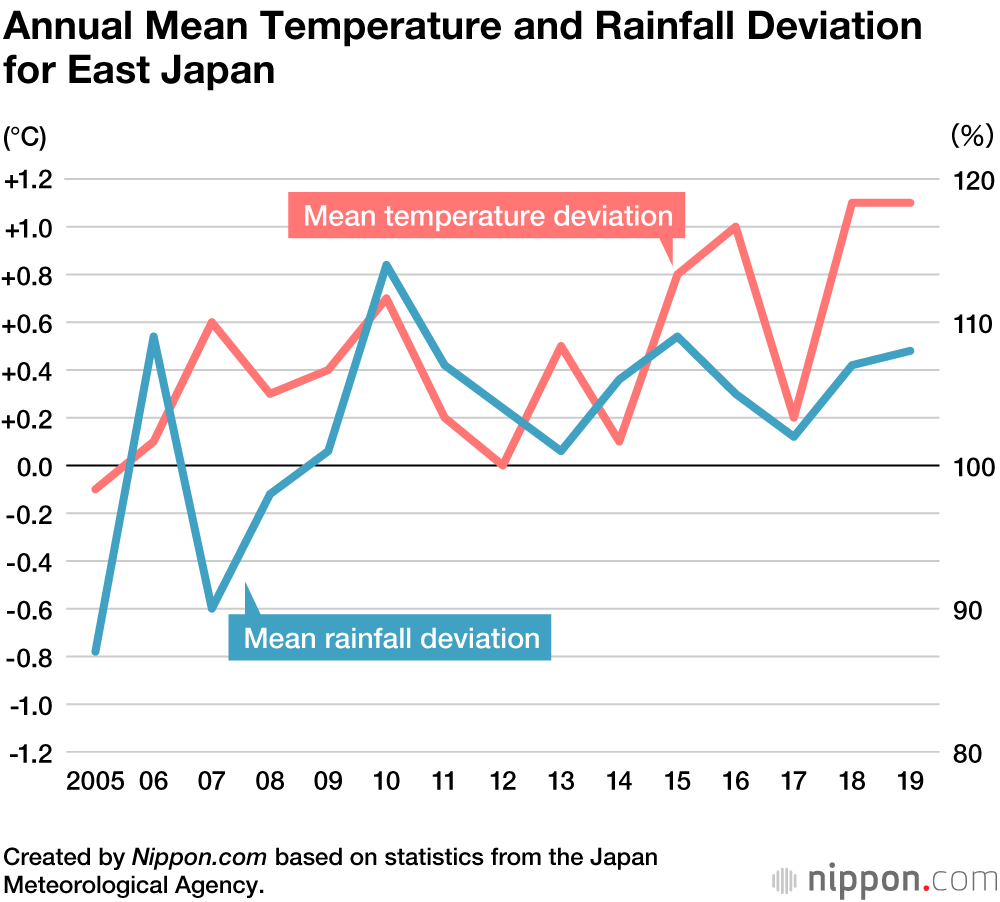 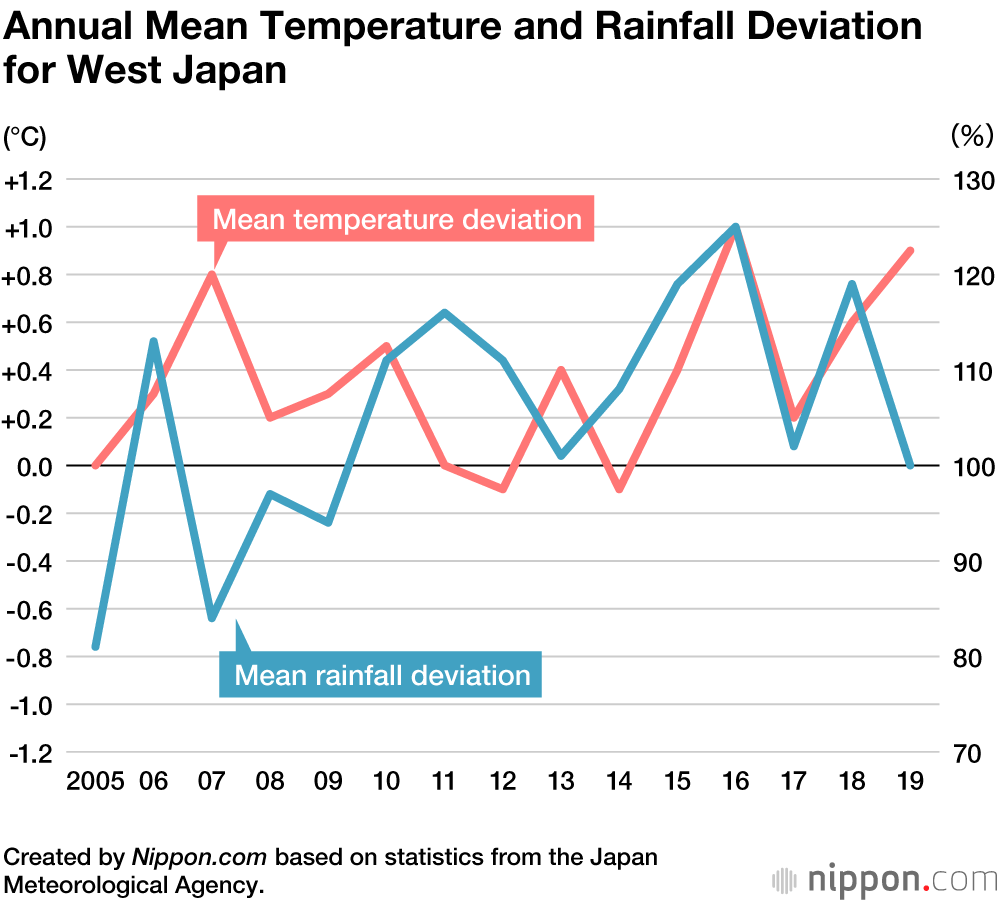 (Translated from Japanese. Banner photo: Tainai City, Niigata Prefecture had the highest temperature on record in 2019 in Japan. Here, a signboard showing 40.7°C has been placed in front of Nakajō Station to call for people to be careful of heatstroke on August 15, 2019. © Jiji.)