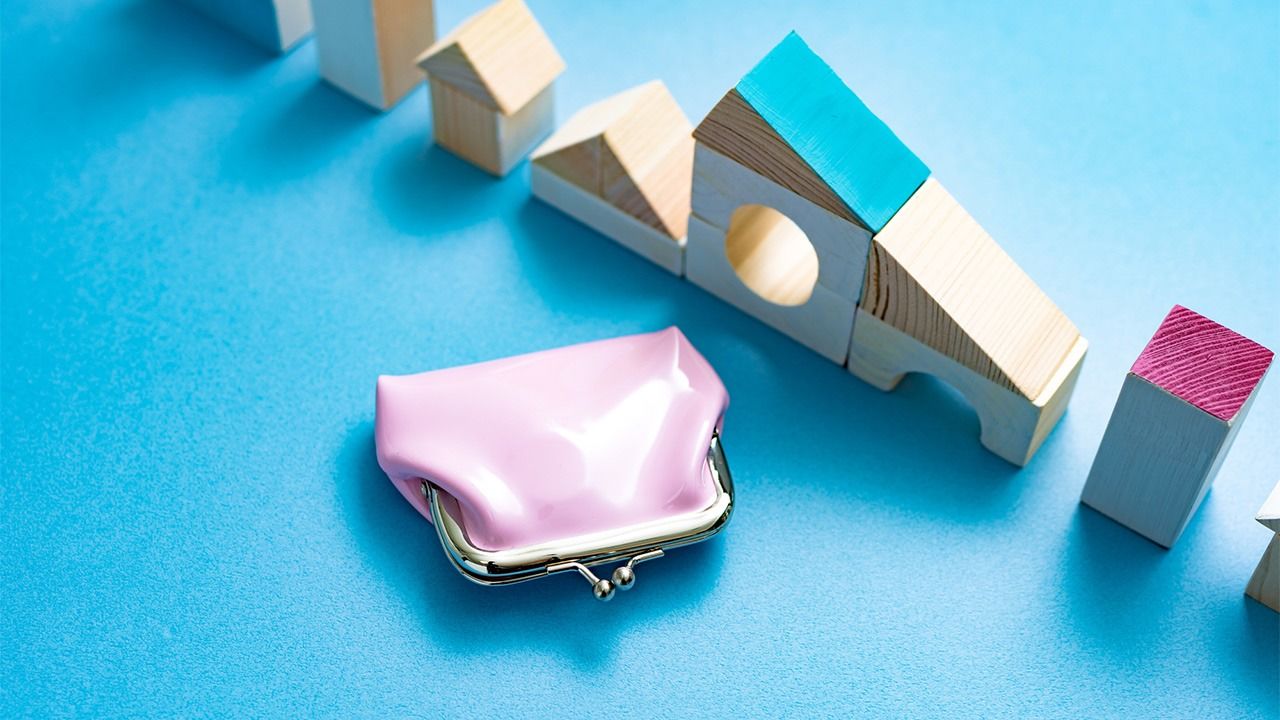 Record ¥3.9 Billion in Lost Cash Handed in to Tokyo Police Stations in 2019

The Metropolitan Police Department reports that 4.2 million lost items were handed into police stations in Tokyo in 2019, up 0.3% year on year. This included ¥3.9 billion in cash, which was a 1.2% increase over the same period.

It was the fourth consecutive year the amount of cash handed in rose and was the highest figure on record. Cash reported lost amounted to ¥8.4 billion, meaning that 46.0% of lost cash was handed into the police. In 2018, this amount was 45.7%. The city may come across as cold and unfeeling, but it seems that many people do the right thing. 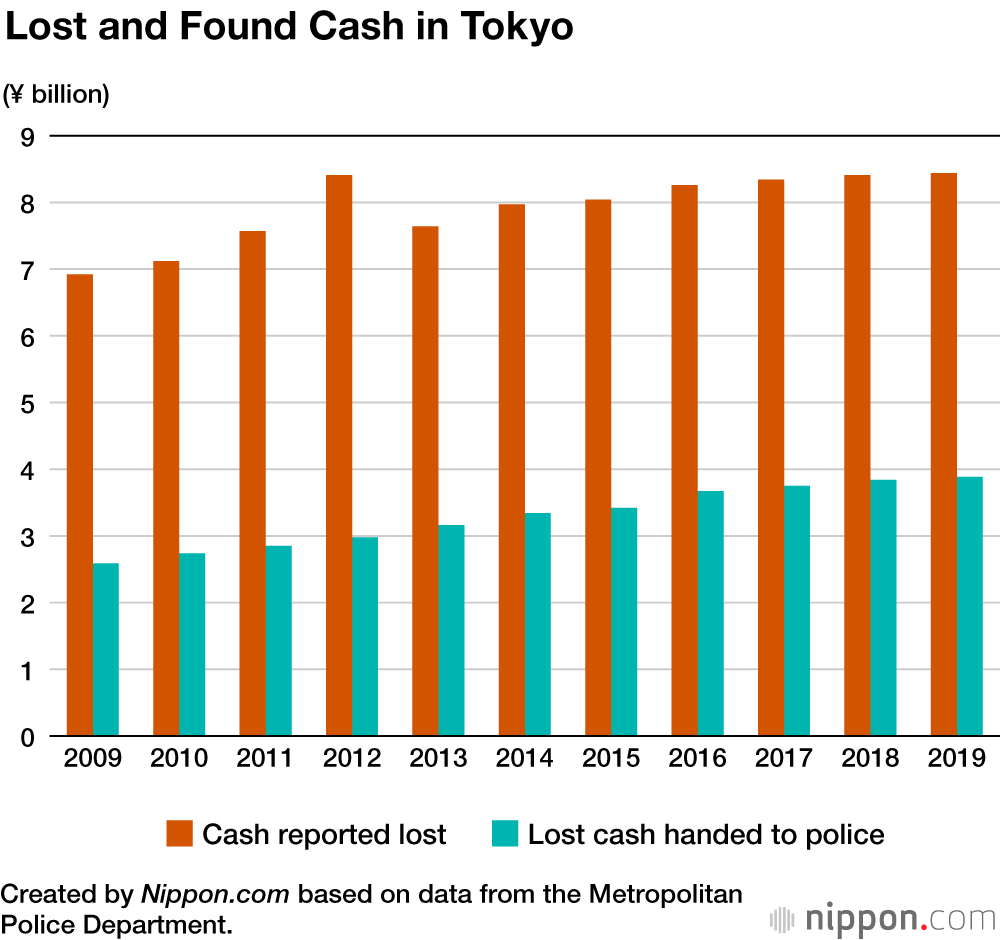 Half of Lost Mobile Phones Returned to Owners 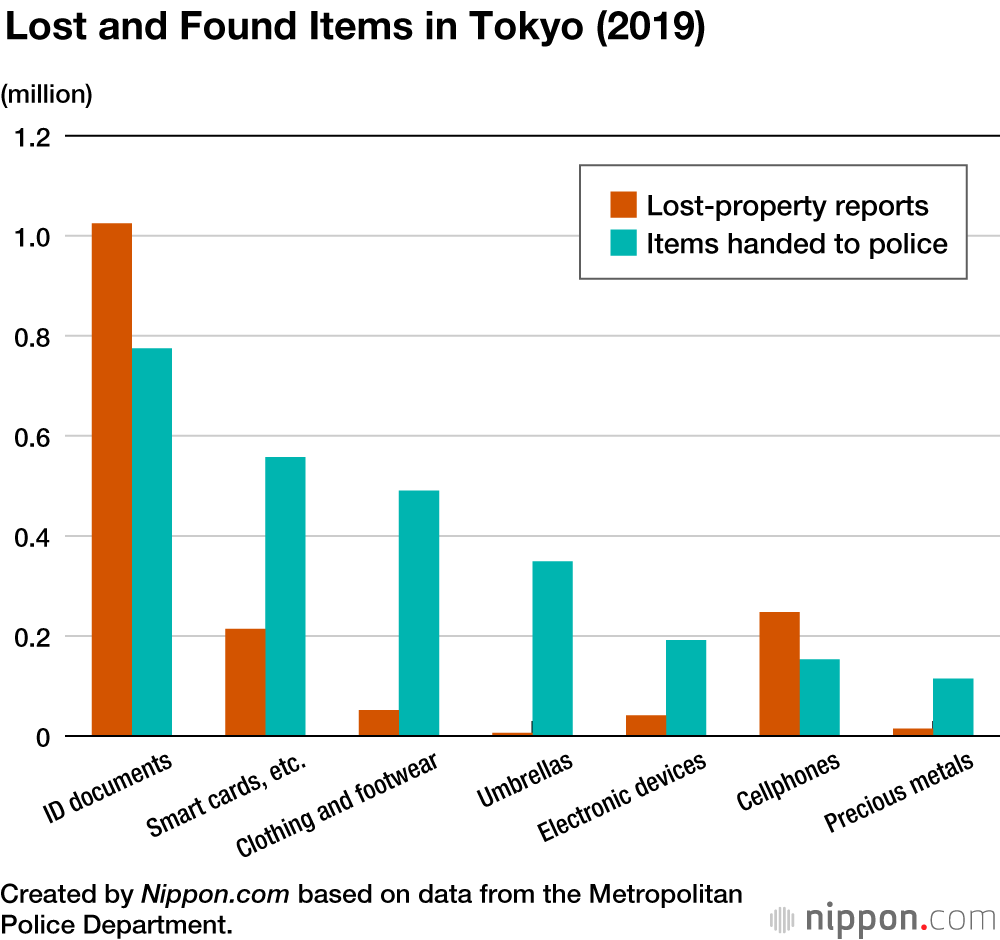 According to the National Police Agency, if items have not been claimed after three months by the original owner, ownership transfers to the finder. However, after a further two months, if the finder does not claim the item, ownership passes to the prefecture.

A study of found items that had been processed shows that of the ¥3.9 billion in cash handed in to Tokyo police stations, ¥2.8 billion was returned to the owner, ¥540 million went to finders, and ¥492 million reverted to the prefecture.