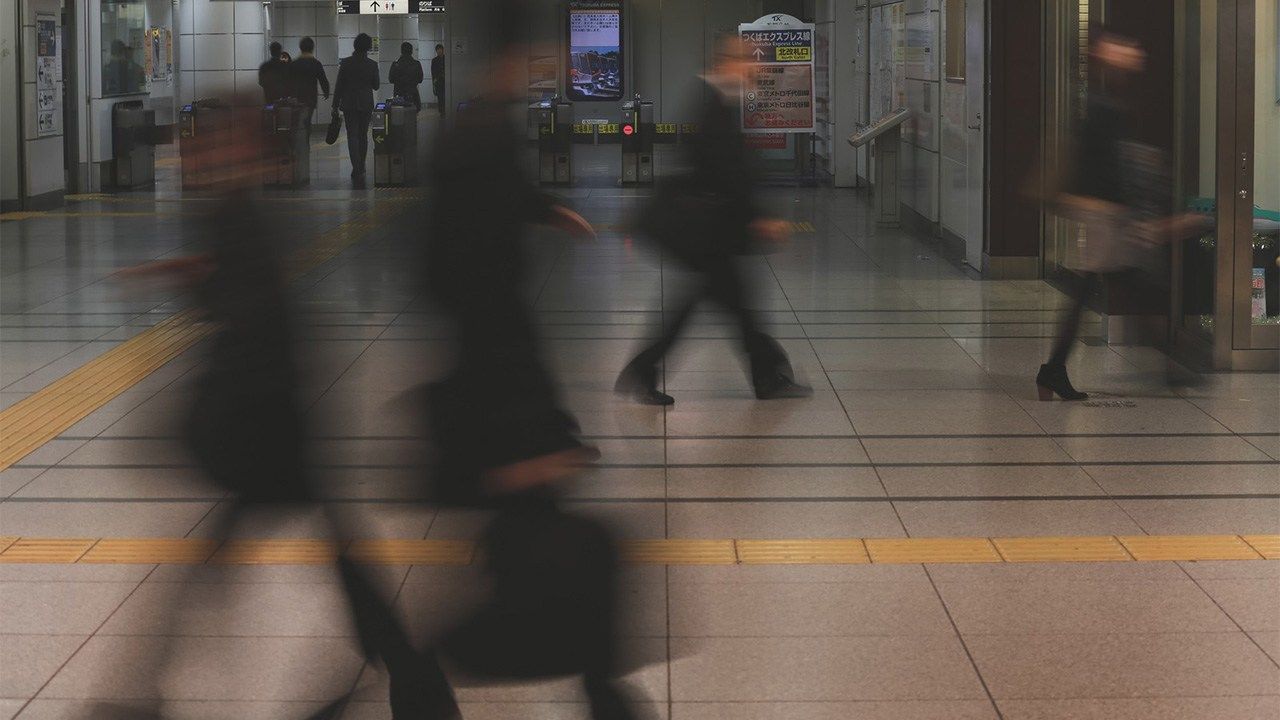 Staying Home, But Not in Shape During the Pandemic

Health Society May 7, 2020
A Japanese health app provider released data on the reduced number of steps taken by its users during the COVID-19 outbreak.

Amid the COVID-19 outbreak, the adoption of telework and calls for social distancing have left relatively few people out and about on Japan’s streets.

Link & Communication, a provider of health-monitoring apps, has analyzed changes in the average number of steps walked by around 27,000 of its app users between three periods: before the influence of the outbreak (January), during a period of requests for reduced activities (late February to March), and during a period running into the state of emergency (late March to April 11).

In January, 17.8% of the app users walked fewer than 3,000 steps a day, as compared to 20.1% during the second period and 28.4% during the third. Not only did the percentage inch up close to 30% but there was also an overall decrease in the number of steps walked per day among the users. Some of the causes for the decrease include the lack of walking during the daily commute among those doing telework and the fewer errands people are running due to social distancing. 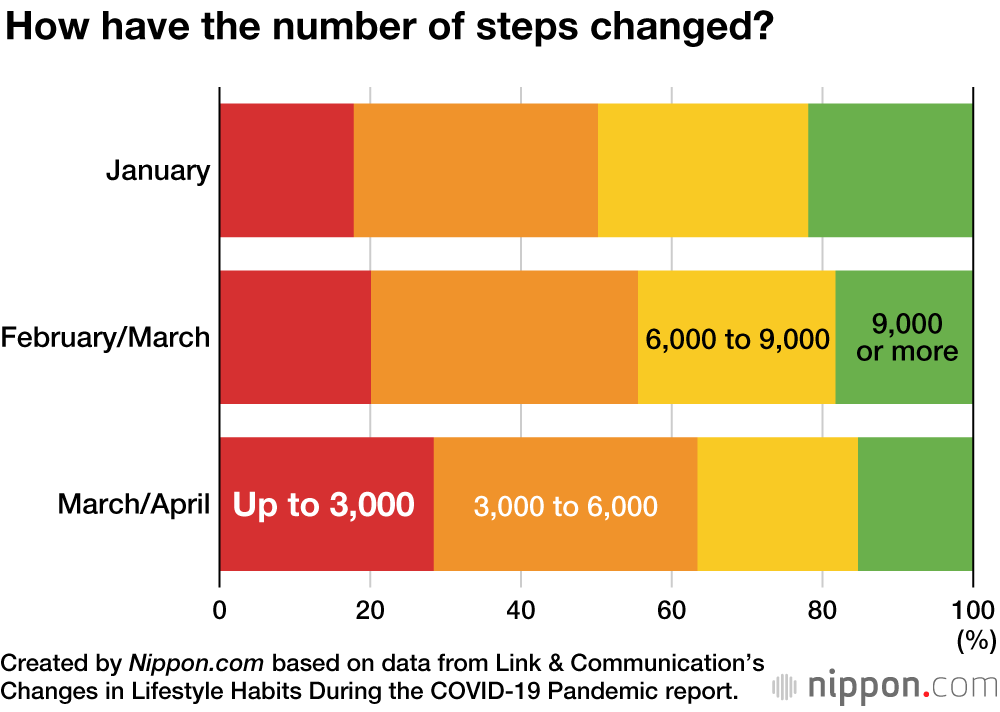 The study also analyzed changes in body fat percentage since February as compared to the base level prior to the pandemic. The results showed a shift from around late March. Even among those walking over 9,000 steps a day, whose BFP was decreasing up to March, there was a subsequent rise. 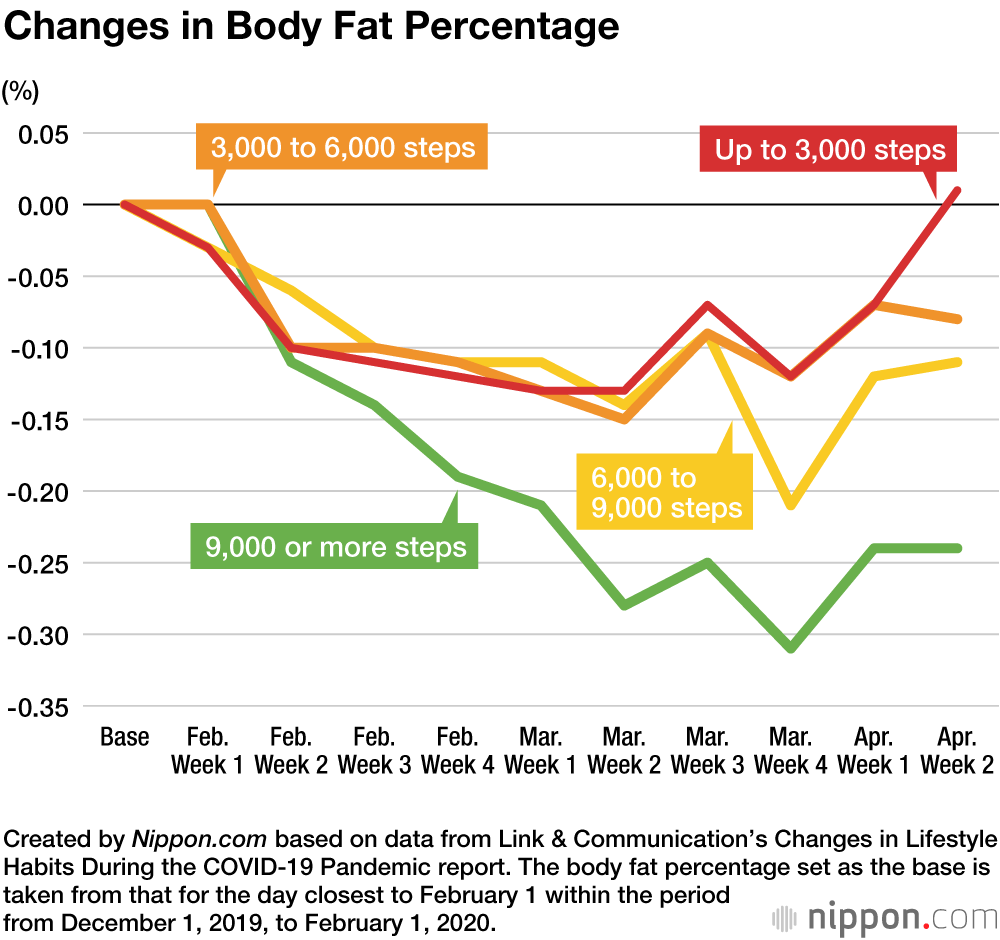 Associate Professor Kondō Naoki of the University of Tokyo’s Graduate School of Medicine points out that “many academic studies have shown the connection between decreased physical activity and chronic diseases such as diabetes, heart disease, and strokes, as well as depression and cancer,” calling for society-wide support to help people create new exercise habits when staying at home.