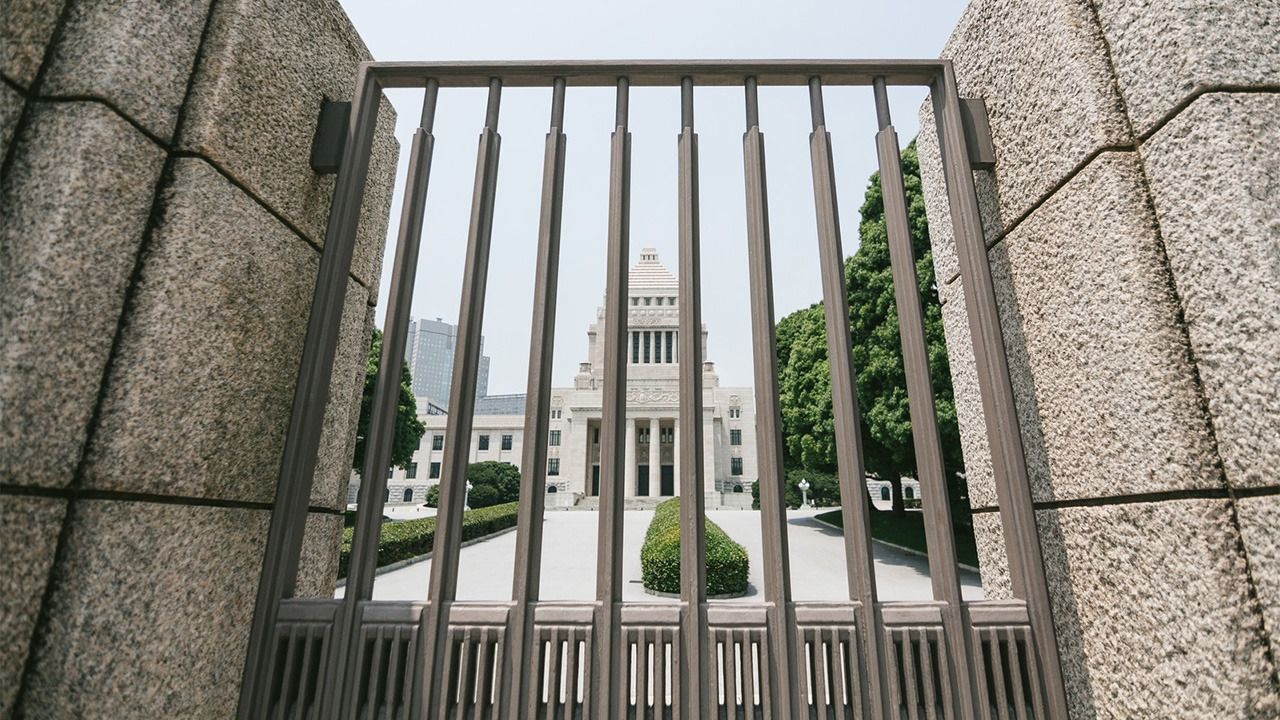 Economy Politics Society May 14, 2020
The revision to Japan’s supplementary fiscal 2020 budget to include provision of ¥100,000 cash handouts to all residents has raised the bond dependency ratio to 45.4%.

A supplementary budget for fiscal 2020 including ¥100,000 payments to all residents was approved in the Diet on April 30. It amounts to ¥25.7 trillion, of which ¥12.9 trillion is earmarked for the payments and will be covered by the additional issuing of deficit-covering bonds. The revised figure for these bonds to be issued in fiscal 2020 will be ¥23.4 trillion, the highest amount ever for a supplementary budget. 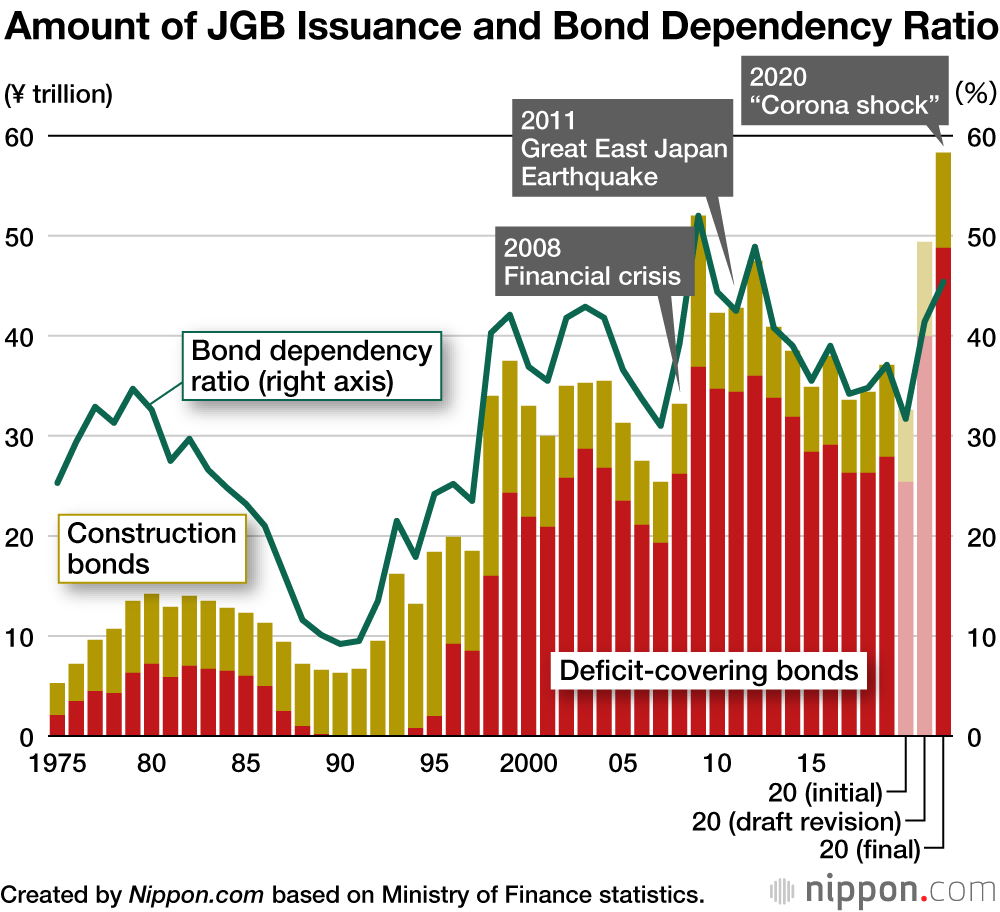 This revised budget plan does not factor in loss of revenue due to economic stagnation though, so if further adjustments are needed to cover that loss, JGB dependency will increase. Finance Minister Asō Tarō acknowledged at a House of Representatives’ Budget Committee meeting on April 28 that the ratio will certainly exceed 50%. That will be the first time it has been that high since 2009, when the ratio hit 51.5% due to the global financial crisis.