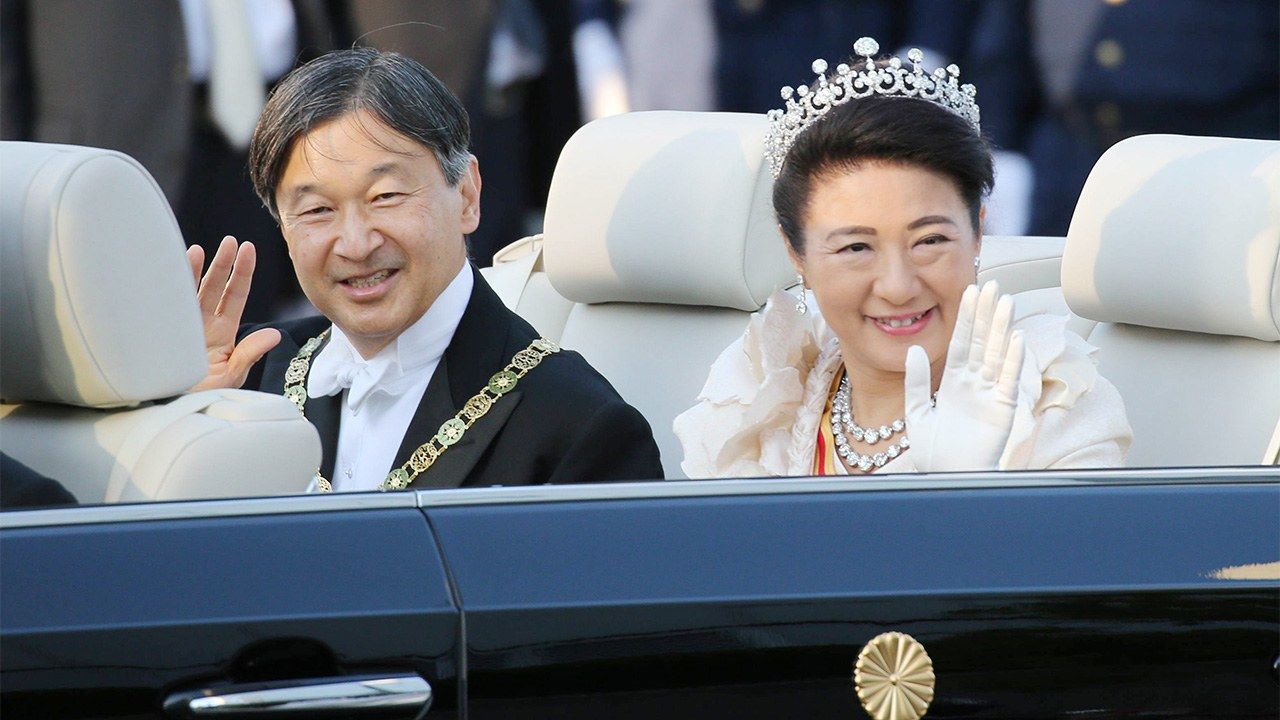 Imperial Family Society May 28, 2020
A survey conducted in autumn 2019 found that around 70% of respondents said they are interested in and feel close to the imperial family. A similar proportion are in favor of a female emperor.

In a telephone survey last September, 72% of respondents said that they were very or somewhat interested in the imperial family, compared with 27% who answered that they were not very or not at all interested. Of those who said they were interested, 67% were men and 76% women. Interest was greater among older people.

The survey was conducted by the NHK Broadcasting Culture Research Institute. Of the 2,790 respondents, there were 1,539 responses, equivalent to 55.2%.

A total of 71% felt very or somewhat close to the imperial family, while 27% did not feel very or at all close. There was no significant gender gap among those who responded positively, but the higher the age, the more affinity people had. 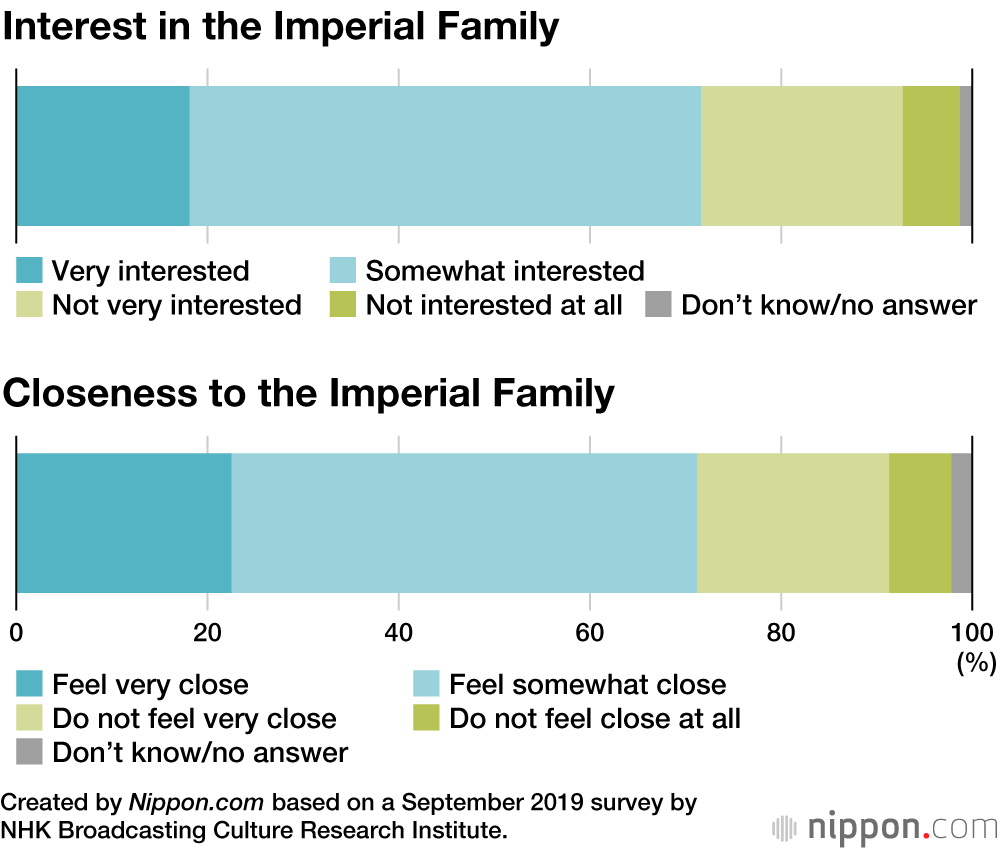 A majority of 74% were in favor of a woman becoming emperor, with just 12% against. Those aged 18-29 were most in agreement at 90% and more than 70% in each age range were in favor. People aged 70 and above showed the highest proportion against the idea at 16%.

Regarding the meaning of imperial matrilineal succession (whereby the child of a female emperor may succeed to the throne), the survey showed that 52% of people either had little or no understanding of what it meant, in comparison to 42% who had reasonable or good understanding.

Even so, 71% said they were in favor of matrilineal succession, with 13% against. Examining only those who responded that they understood the concept well, the ratio of people against rose to 29%, comparatively the highest of those results. 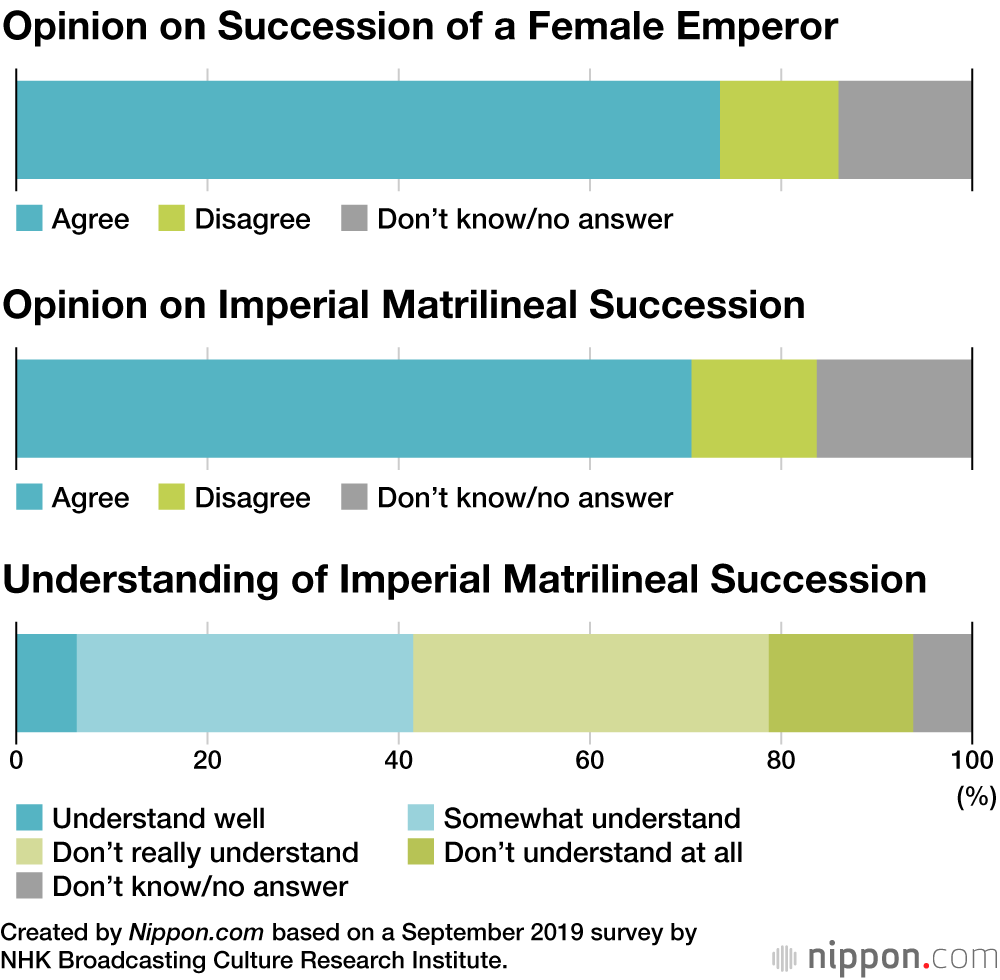 The abdication of Emperor Akihito in April 2019 was made possible through a special one-time provision to the Imperial House Law. When asked their opinions on this action, 64% of respondents said decisions such as this should be made on a case-by-case basis, while only 25% believed abdication should be institutionalized. In addition, 54% agreed that it was necessary to reform the organization of the imperial house to ensure stable succession to the throne, while 31% disagreed.

(Translated from Japanese. Banner photo: Emperor Naruhito and Empress Masako wave to spectators during the Shukuga Onretsu no Gi formal parade, an inaugural part of the coronation, on November 10, 2019. © Jiji.)