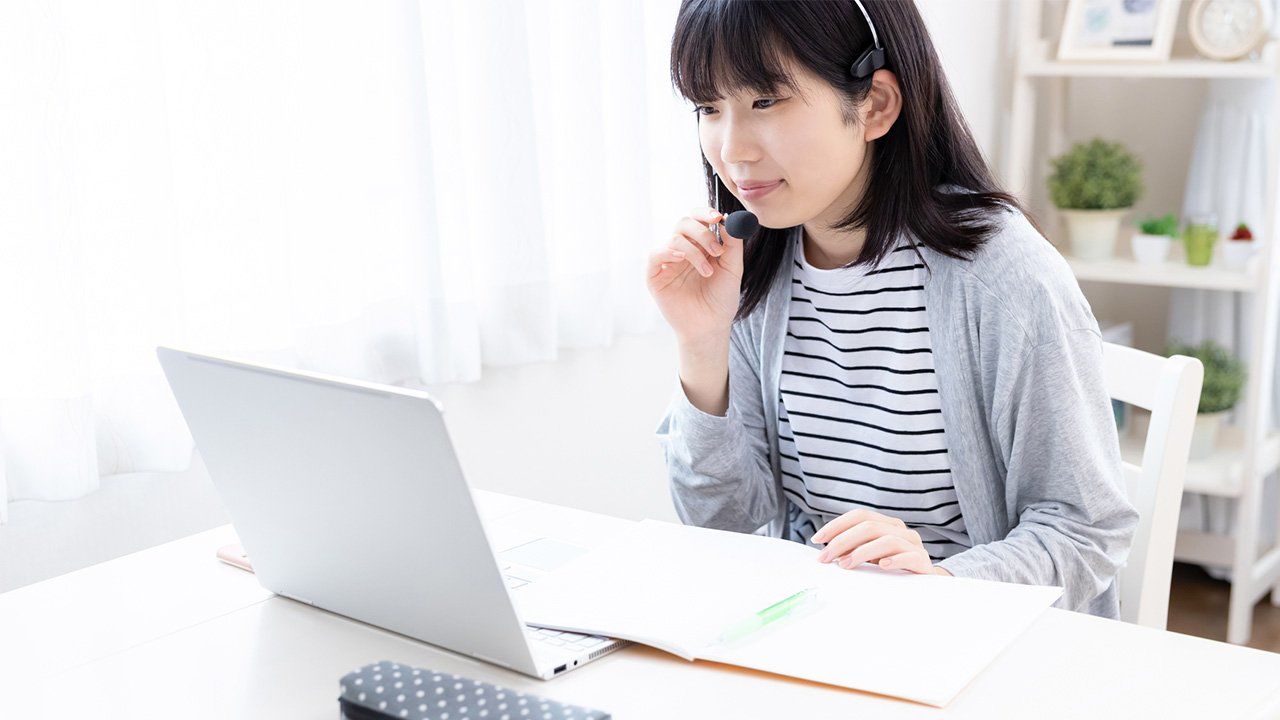 On the evening of February 27, Prime Minister Abe Shinzō requested elementary and junior high schools around the country to close down temporarily. Hardly anyone expected at the time that the schools would be closed for around three months. A survey of 18-year-olds conducted by the Nippon Foundation in late May on the topic of school education found that the most common problem caused by the closures, cited by 37.4% of those surveyed, was the negative effect on schoolwork, followed by the lack of communication with friends, at 20.3%, and the obstacles posed to entrance exam preparation and job hunting, at 17.8%.

Many of the reasons cited for the negative effect on schoolwork were related to online classes, including the following: “I was confused by my first online classes”; “I wasn’t able to ask questions to my teacher when I had them”; “I have many specialized classes involving technical skills and experiments that are not suited to online classes.” In addition, some respondents said that they neglected their studies because there was no set schedule to follow when at home. 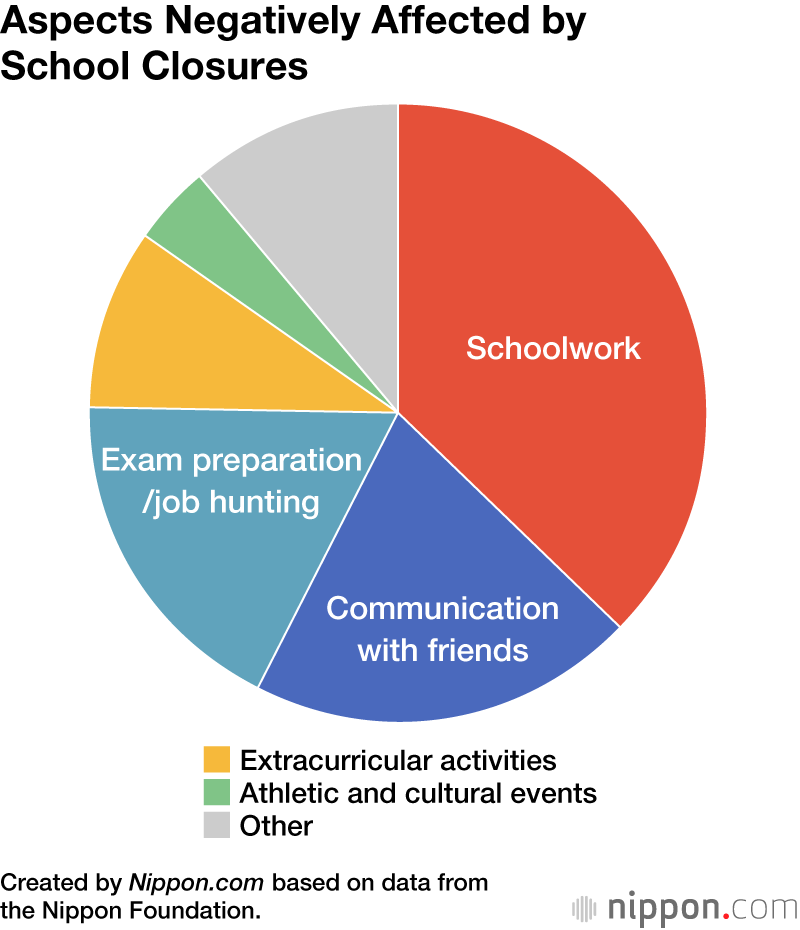 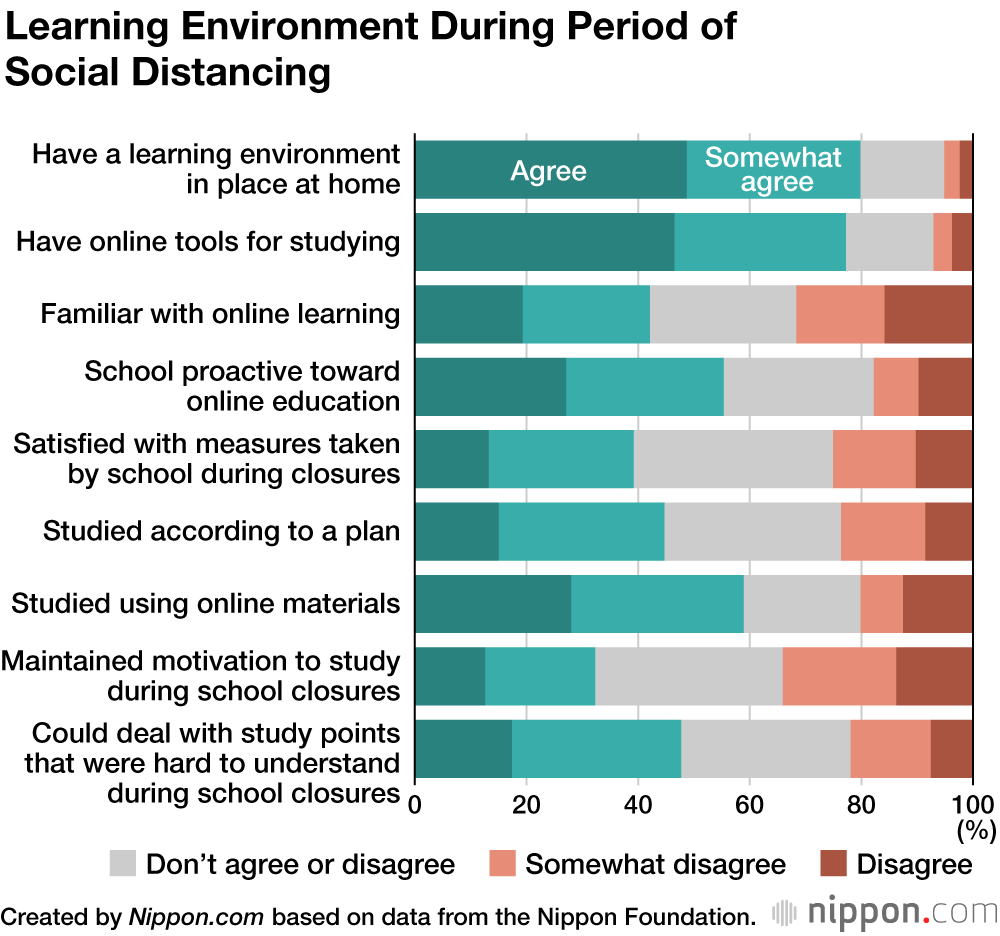 Around 60% of those surveyed said that they sensed educational disparities as a result of the school closures, including the following specific comments: “Private schools offer online courses, but public school students have no choice but to do their best studying on their own at home”; “Even among public schools, some started online classes from March, while others did not get started until May.” Others identified factors like the impact of a household’s financial situation on whether children could attend cram school during the closures or not and whether adults at home were able to help with homework. 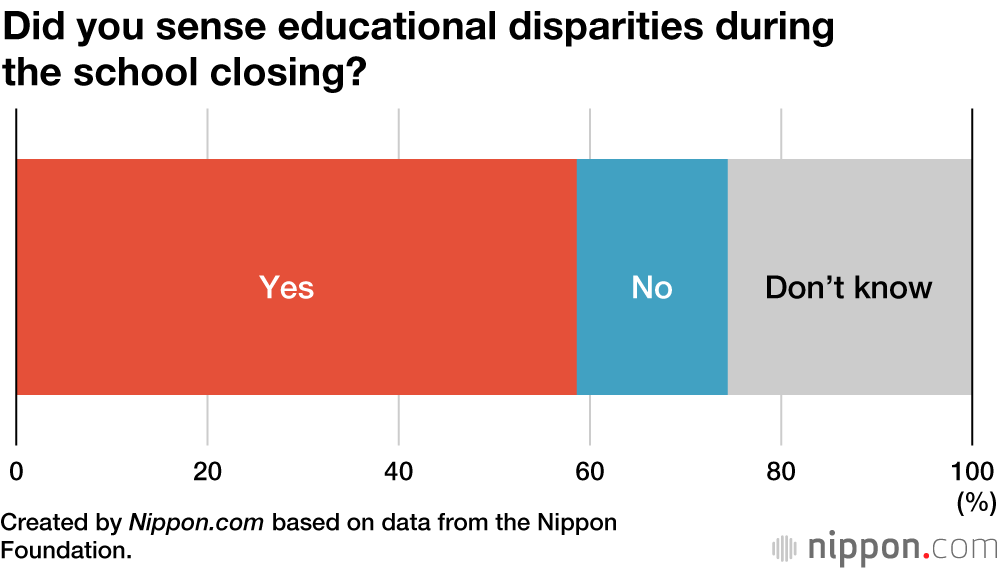 The survey respondents were also asked for their views regarding the cancellation of the annual high-school baseball tournament and other national sports competitions, with 10.8% of the respondents saying that such events should have been held, while 37.2% said that they should either be postponed or held with no spectators.

Comments from students involved in extracurricular activities included the following: “After making so much effort in the past, it was upsetting to have my club activities come to an end without being able to do anything”; “It doesn’t make sense that professional baseball teams have resumed their games but the high-school baseball tournament was cancelled.” There were also comments from students who had cheered on other students and wanted competitions to be resumed, such as the following: “I feel sorry for the third-year students who had worked hard to finally become starting members of their teams”; “Some students had planned to attend university on the basis of their performance in extracurricular activities.” 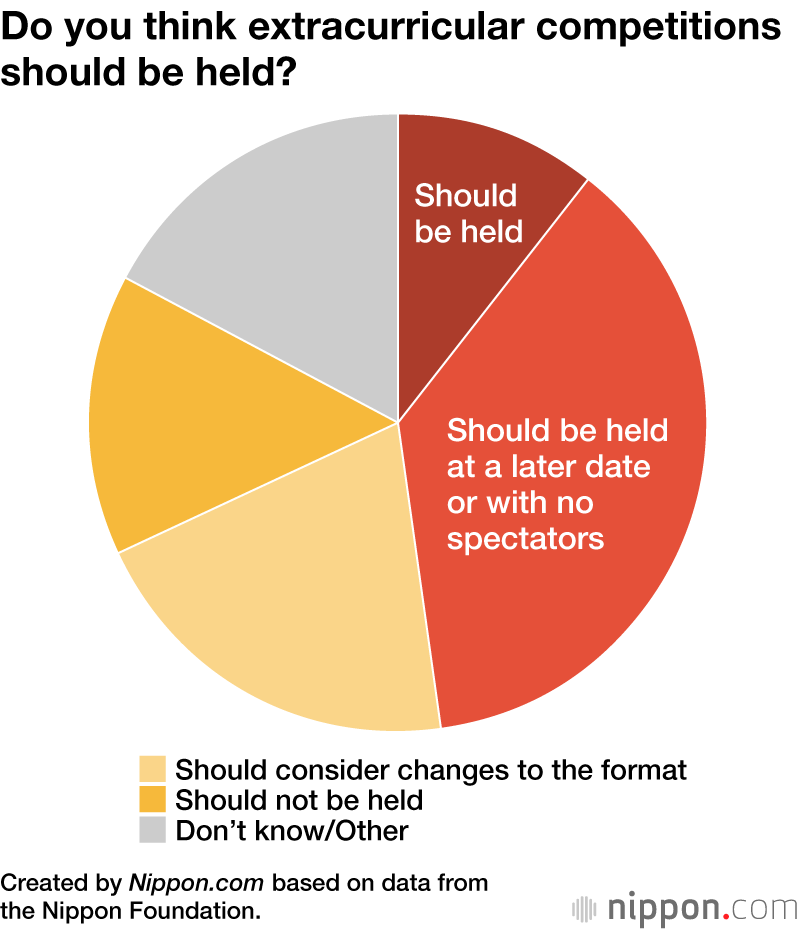