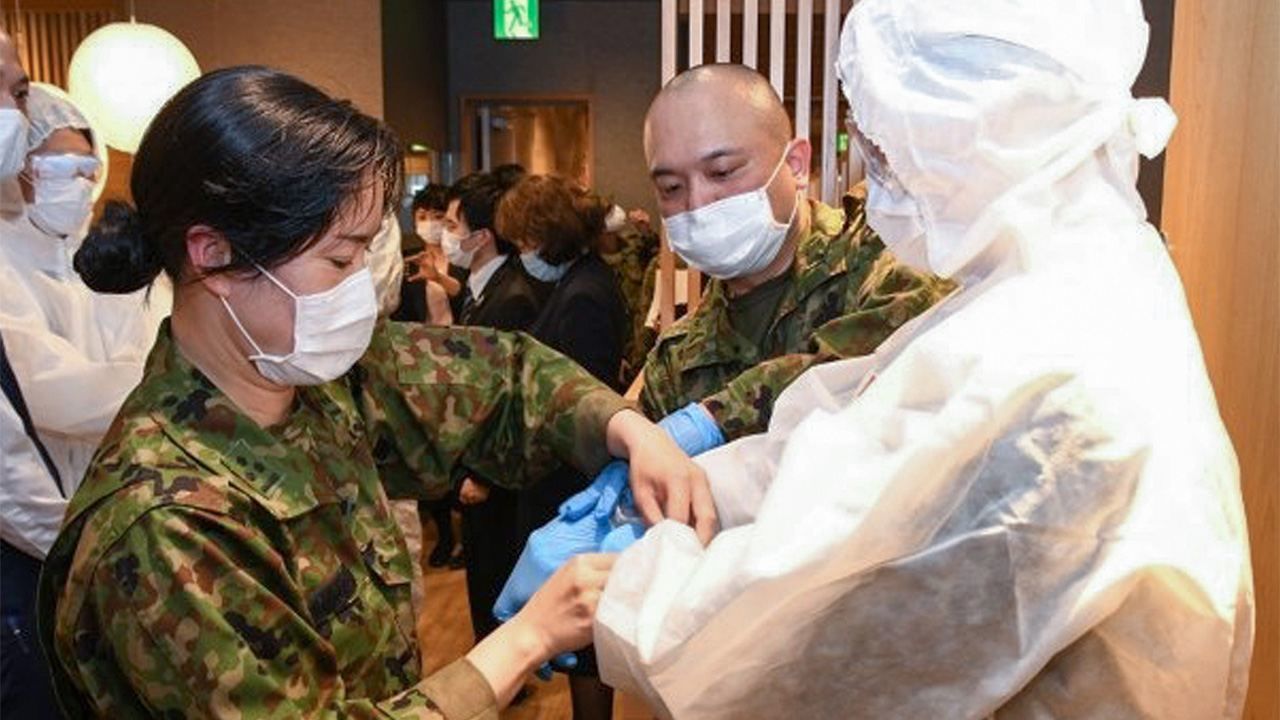 Politics Society Jul 6, 2020
A new record was set in April 2020 with women accounting for 36.8% of Japanese civil service hires.

In May, the Cabinet Bureau of Personnel Affairs reported that of 8,461 civil servants hired in career-track, general, and specialized positions in fiscal 2020, 3,117 were women. This was a rise of 1.4 points from the previous year to a rate of 36.8%. By position, 35.4% of those hired in career-track positions were women, 39.1% in general positions, and 33.8% in specialist work. All these rates showed an increase compared to the rates in 2019. 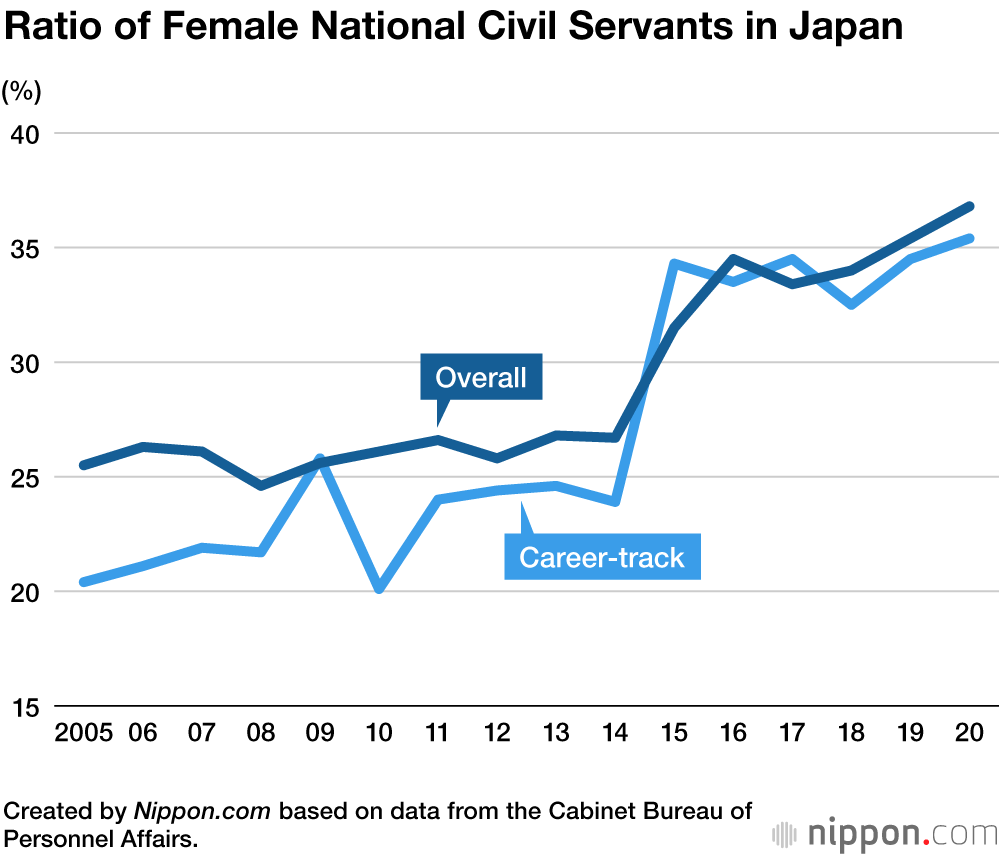 The increase from 2015 is the result of the Fourth Basic Plan for Gender Equality, which was approved by the cabinet in December of that year. As part of this plan, the government set a goal to increase the annual ratio of women recruited through the exams for national public service positions and the national public service career-track positions to more than 30% every year.

Some organizations actually recruited more than 50% women with the Personal Information Protection Commission having the highest percentage at 66.7%, as four of their total six new hires were women. This was followed by the Cabinet Secretariat (total 17 hires) with 58.8%, the Consumer Affairs Agency (total 7 hires) with 57.1%, the Japan Fair Trade Commission (total 18 hires) at 55.6%, the Ministry of Foreign Affairs (total 145 hires) at 52.4%, and the Board of Audit of Japan (total 32 hires) at 53.1%.

Organizations with Women’s Recruitment Rates Above 50% (2020)

Created by Nippon.com based on data from the Cabinet Bureau of Personnel Affairs.

The organization with the lowest rate of female hires was the Cabinet Legislation Bureau (total 1 new hire) with 0.0%. Also ranking low were the Ministry of Land, Infrastructure, Transport, and Tourism (total 1,756 hires) with 26.1% and the National Public Safety Commission (total 221 hires), which administers the National Police Agency, with 33.0%.

(Translated from Japanese. Banner photo: A woman Self Defense official (left) teaches how to wear and remove protective clothing as part of a COVID-19 infection prevention course for Osaka government personnel and private accommodation employees in April 2020. Image provided by The Ministry of Defense. © Jiji.)