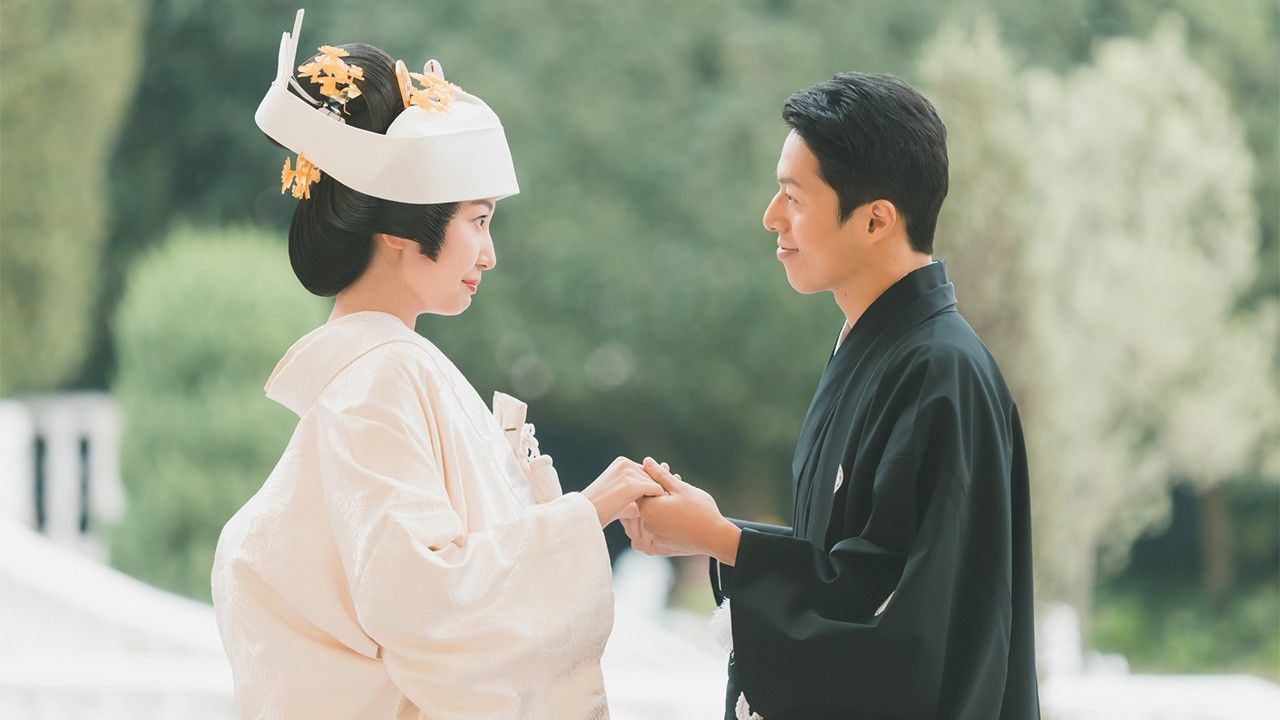 Family Society Health Jul 7, 2020
The number of marriages in Japan rose for the first time in seven years in 2019, as many couples saw the start of the Reiwa era as a lucky time to get hitched.

In 2019, there were 598,965 marriages in Japan, according to statistics issued by the Ministry of Health, Labor, and Welfare, an increase of more than 12,000 compared to 2018. The number of marriages began to decline in Japan after reaching a peak of 1.1 million in 1972. Although there was a temporary upturn in the 1990s, the number again began to trend downward in the new millennium. In 2019, marriages increased year on year for the first time in seven years, apparently as a result of the start of the Reiwa era, which many couples saw as an auspicious time to wed. 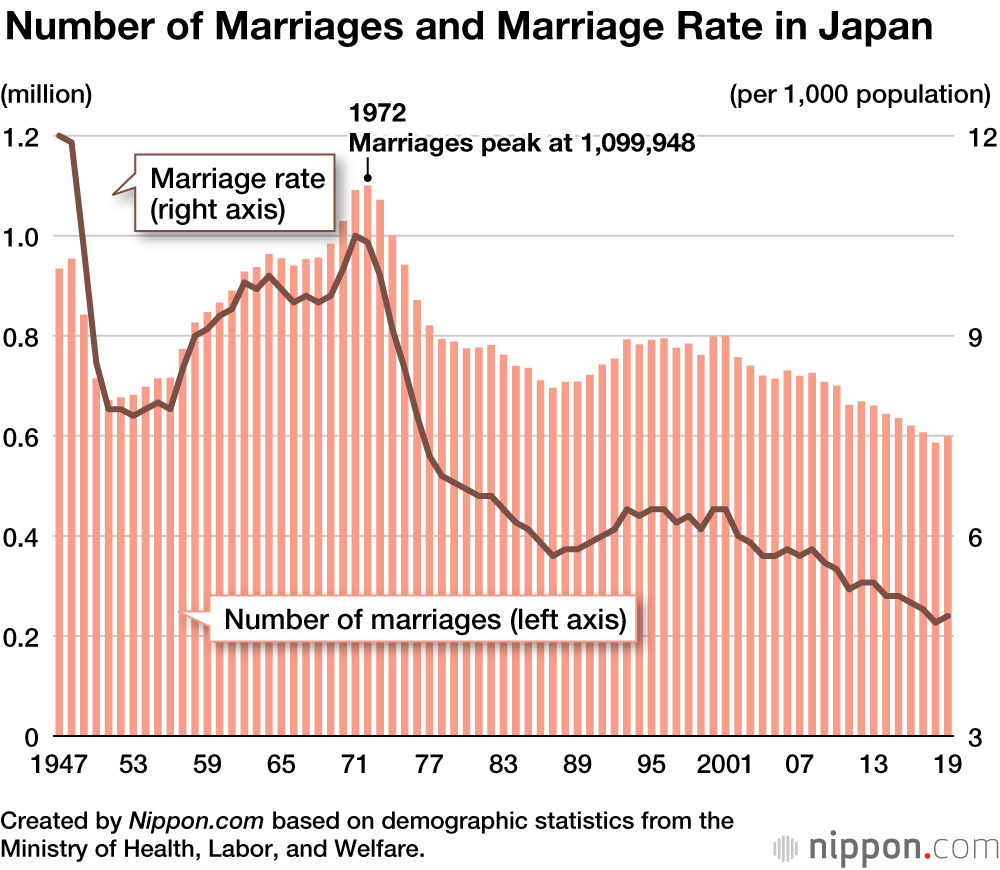 The peak age for women marrying for the first time remained 25, as it was 20 years ago, but the relative proportion of women getting married in their early twenties has fallen, revealing a trend toward getting married later in life. 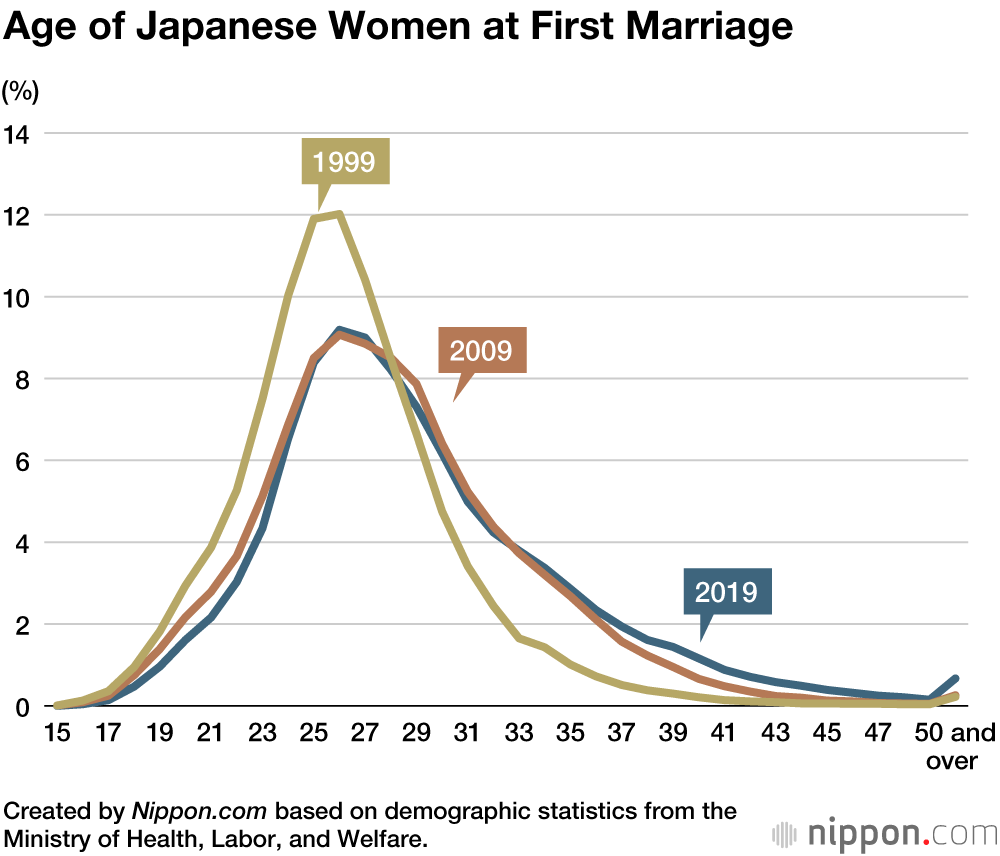 Created by Nippon.com based on demographic statistics from the Ministry of Health, Labor, and Welfare.

Proportion of Remarriages Among Marriages in Japan

Created by Nippon.com based on demographic statistics from the Ministry of Health, Labor, and Welfare. 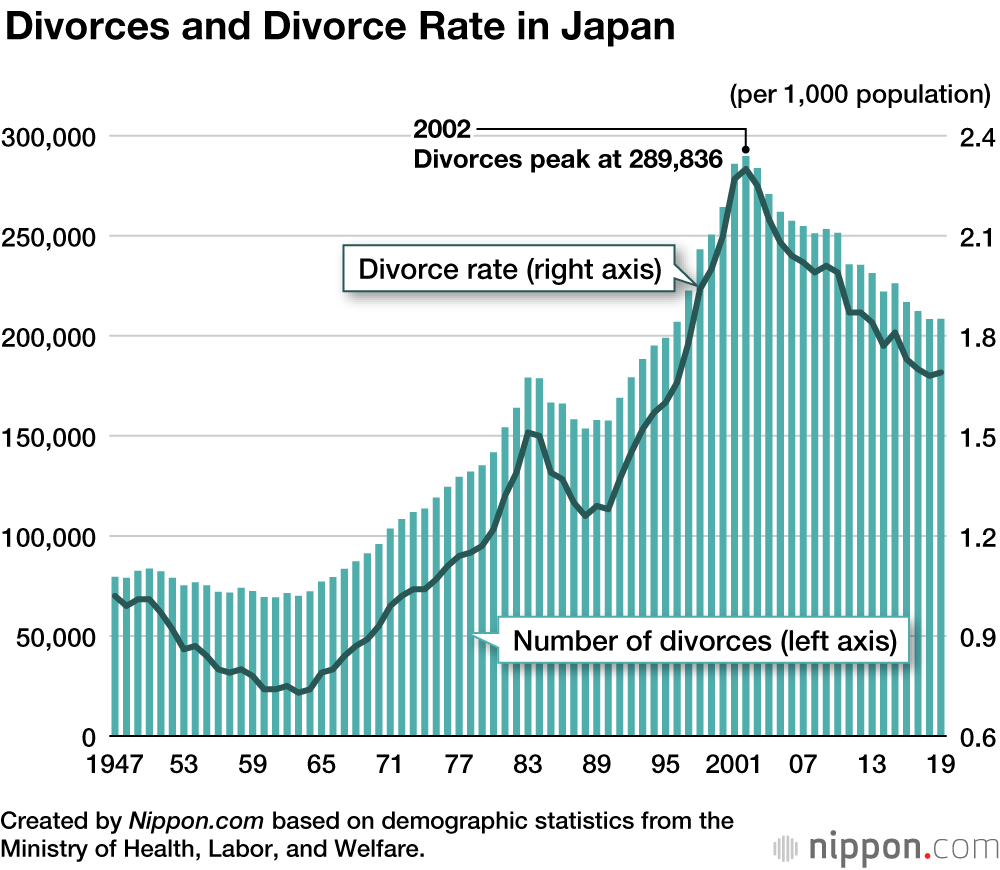