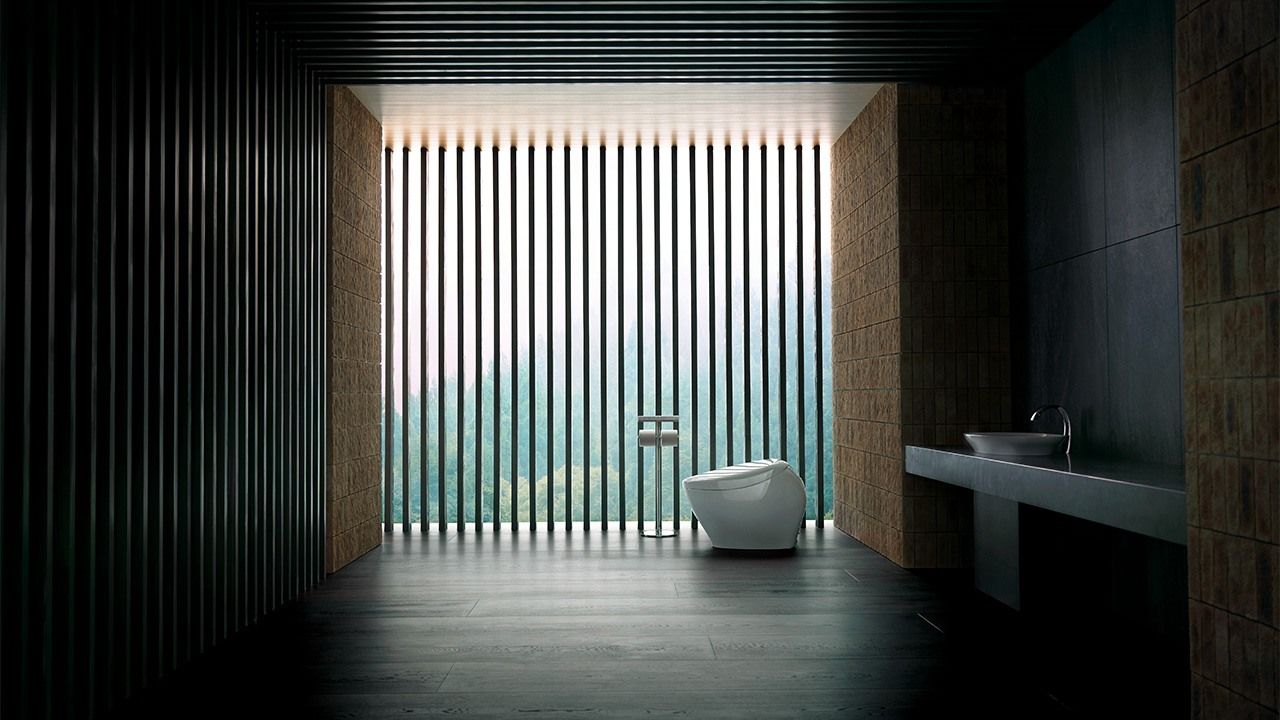 Science Society Culture Technology Jul 9, 2020
This year sees the fortieth birthday of the trailblazing Toto Washlet. We look back on four decades of technological progress.

The Toto Washlet turned 40 in June 2020. When the bidet toilet seat was first released, consumers were skeptical about the concept of “washing not wiping”, but a 1982 television commercial helped to change all that, making the Washlet a household name. In an age when talking about bodily functions on TV seemed unthinkable, Toto made waves with a commercial in which an actress displays her frilly underwear and tells the audience, “your bottom wants to be washed too.”

Four decades later, 80% of Japanese households have a Washlet or other bidet toilet seat, and the use of these devices has become standard. In fact, Japan now leads the world in sophisticated and hygienic toilets, which regularly win admiration from overseas visitors.

In March 2019, total global Washlet sales topped 50 million. Outside Japan, the devices can be found in five-star hotels and landmark buildings around the world. 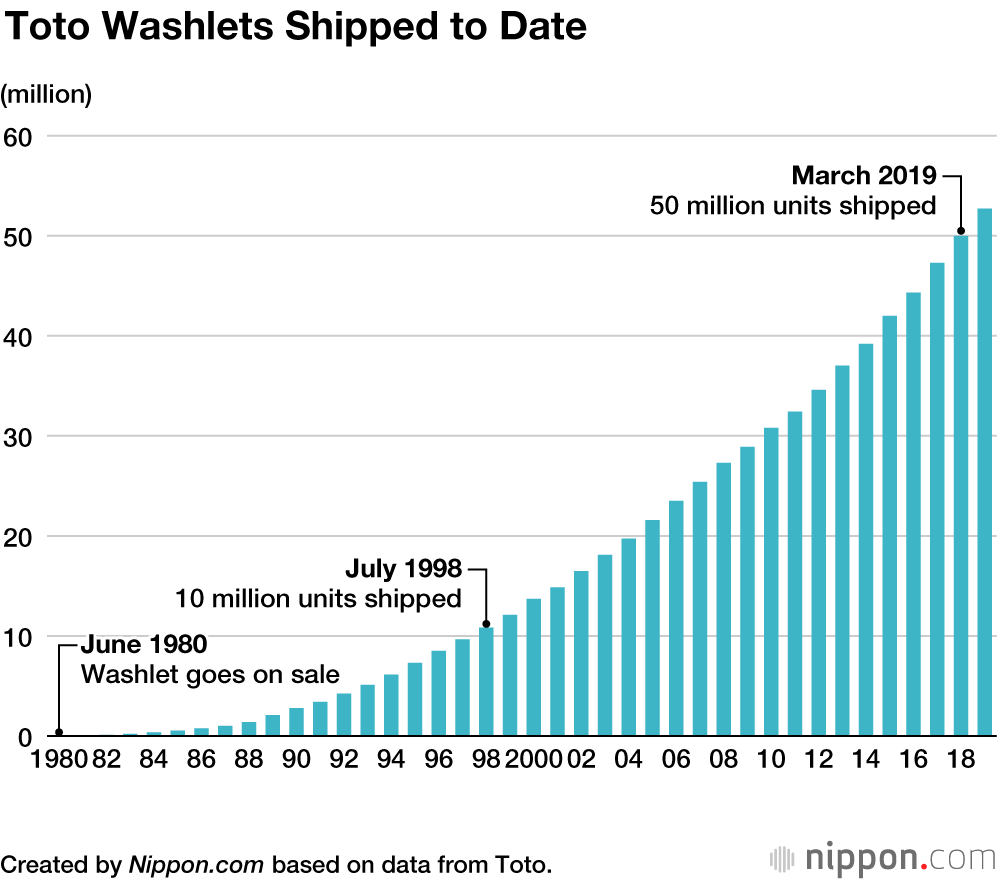 Wonder-Wave is a technology developed by Toto that alternately dispenses two jets with differing velocities to give a satisfactory user experience while using less water. 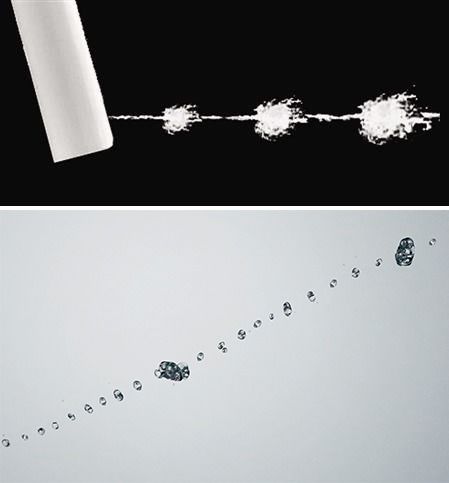 Chloride ions in the water are electrolyzed to create hypochlorous acid, which has sanitizing properties. This is an environmentally friendly way of keeping the toilet clean that does not require the addition of any chemicals, and with time the water reverts to its original state.

The wand cleans itself before and after use. After use, the interior of the wand is sanitized with electrolyzed water to keep it hygienic. 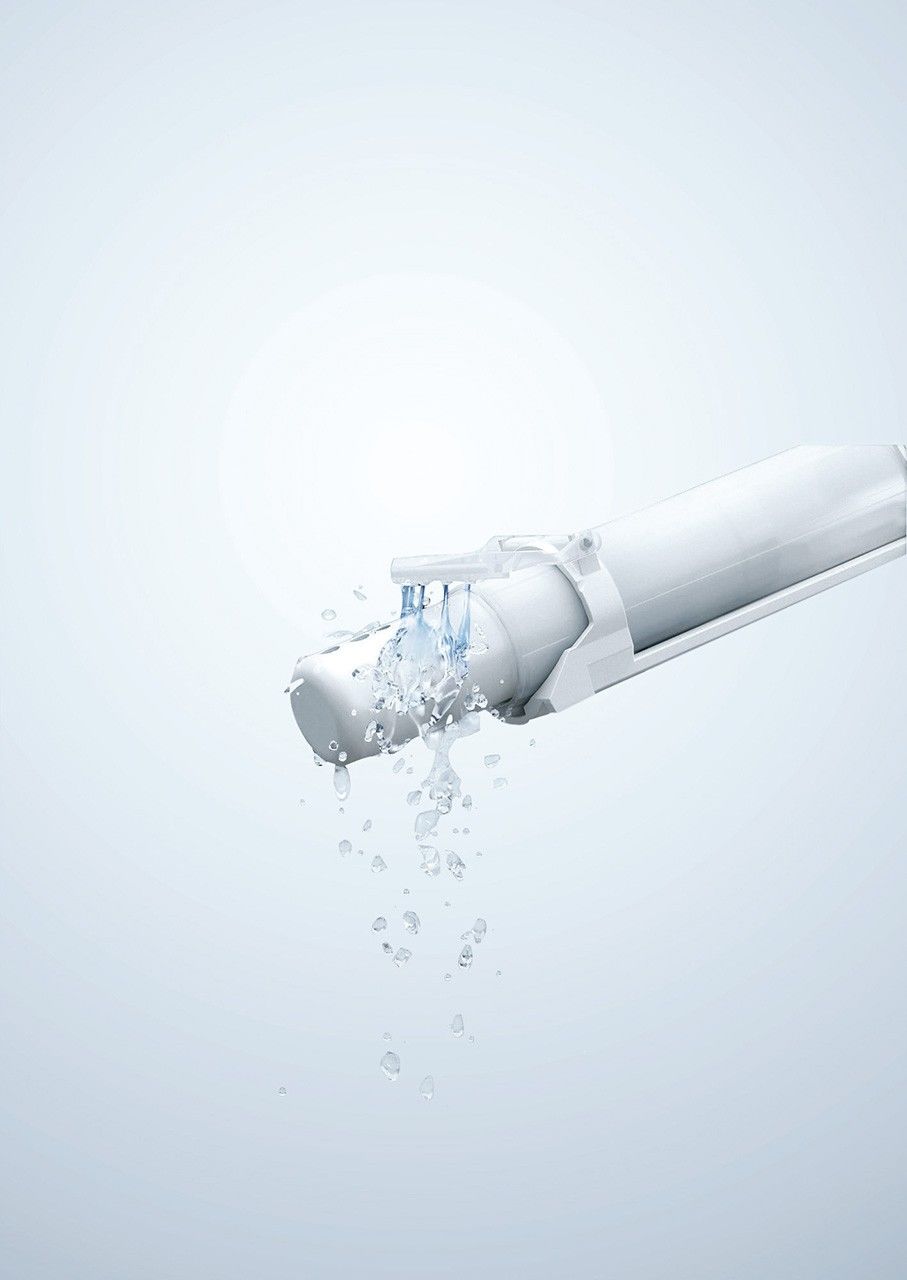 A mist automatically wets the bowl before use to make it less prone to soiling. After use, another mist containing electrolyzed water is applied to kill germs and keep the toilet cleaner for longer. The mist is reapplied automatically every eight hours. 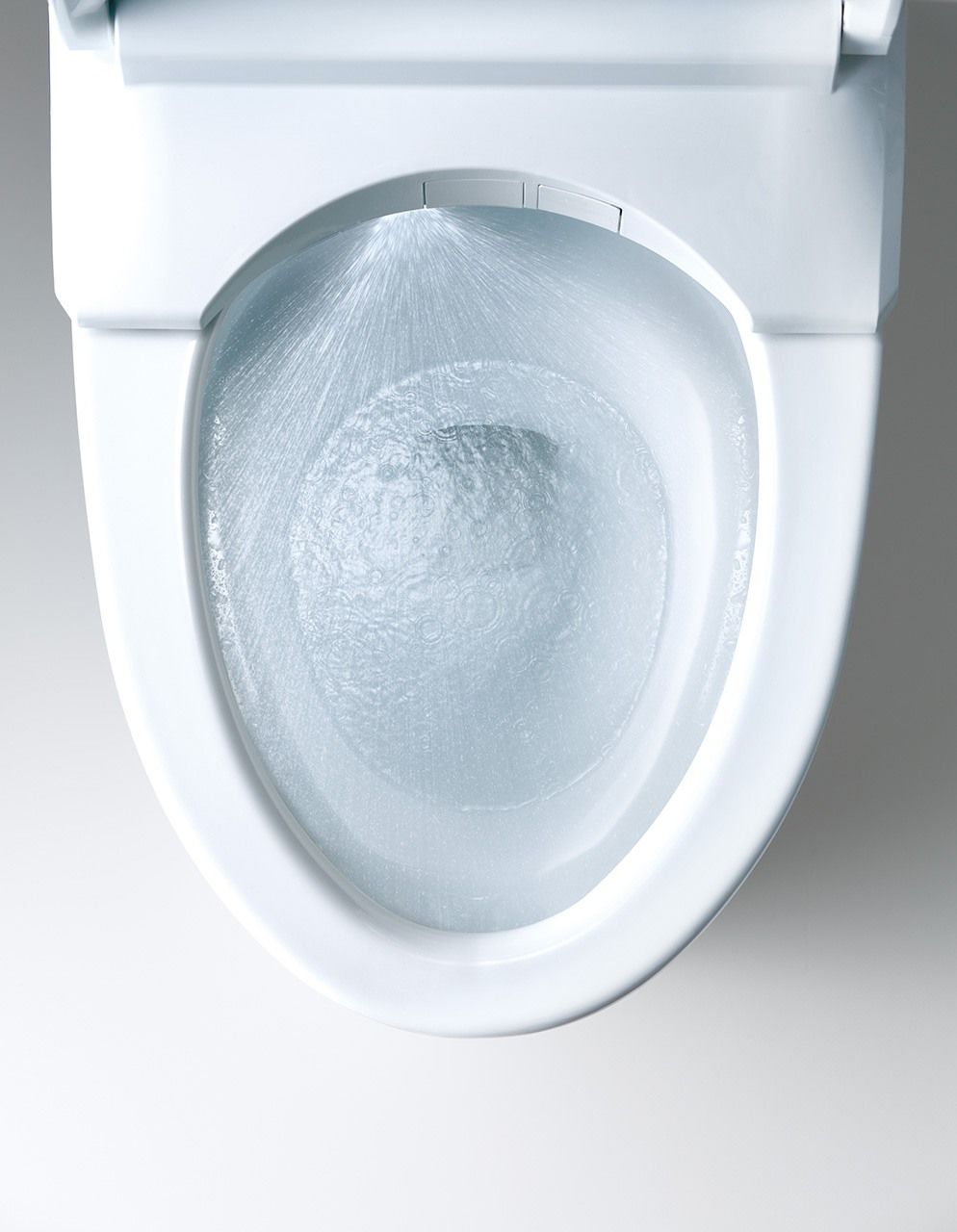 The Washlet learns when in the day the toilet is likely to be used, and activates the deodorizer an hour before. The unit draws in offensive odors and deodorizes them using an electrolyzed water filter. 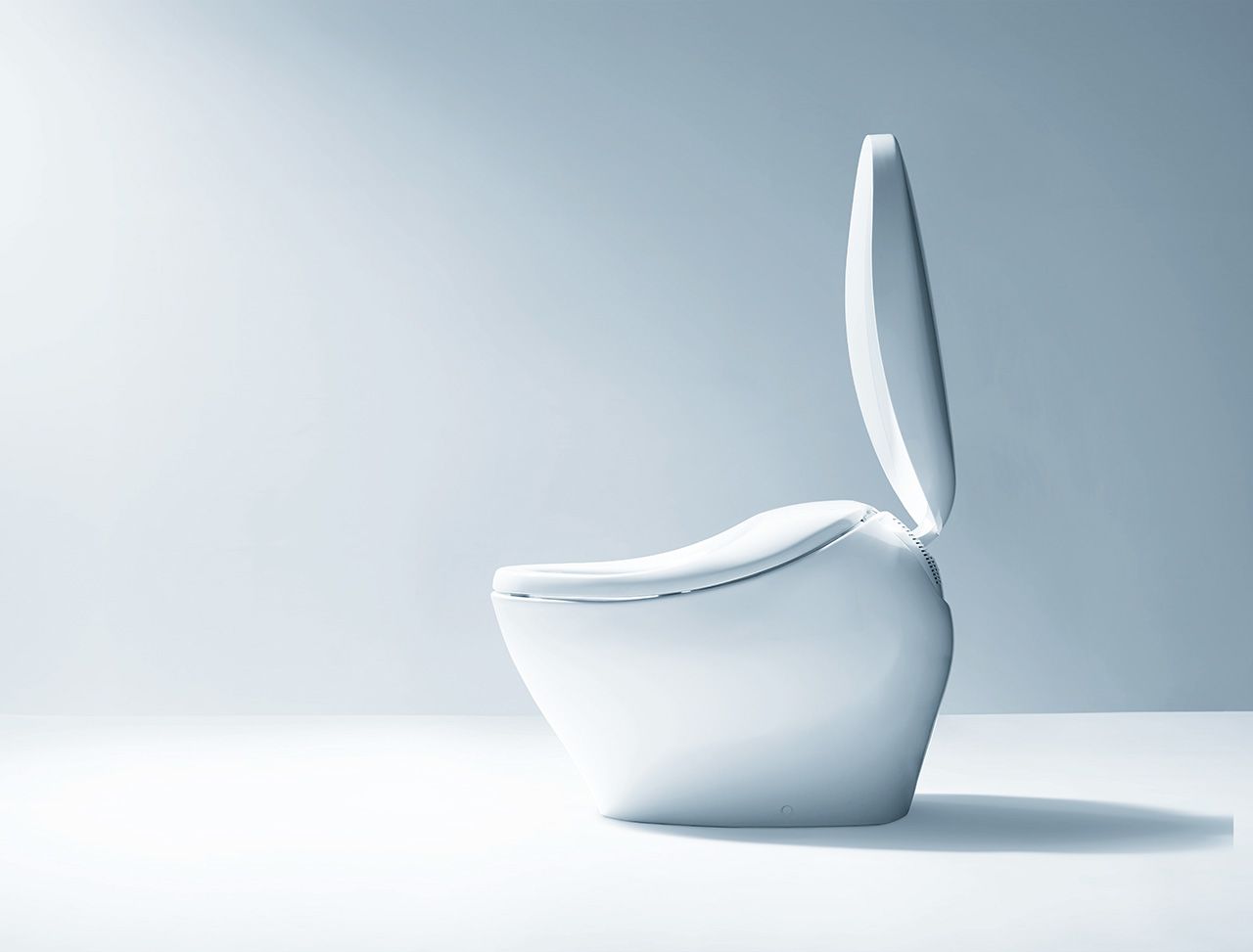 (Translated from Japanese. All photographs provided by Toto.)