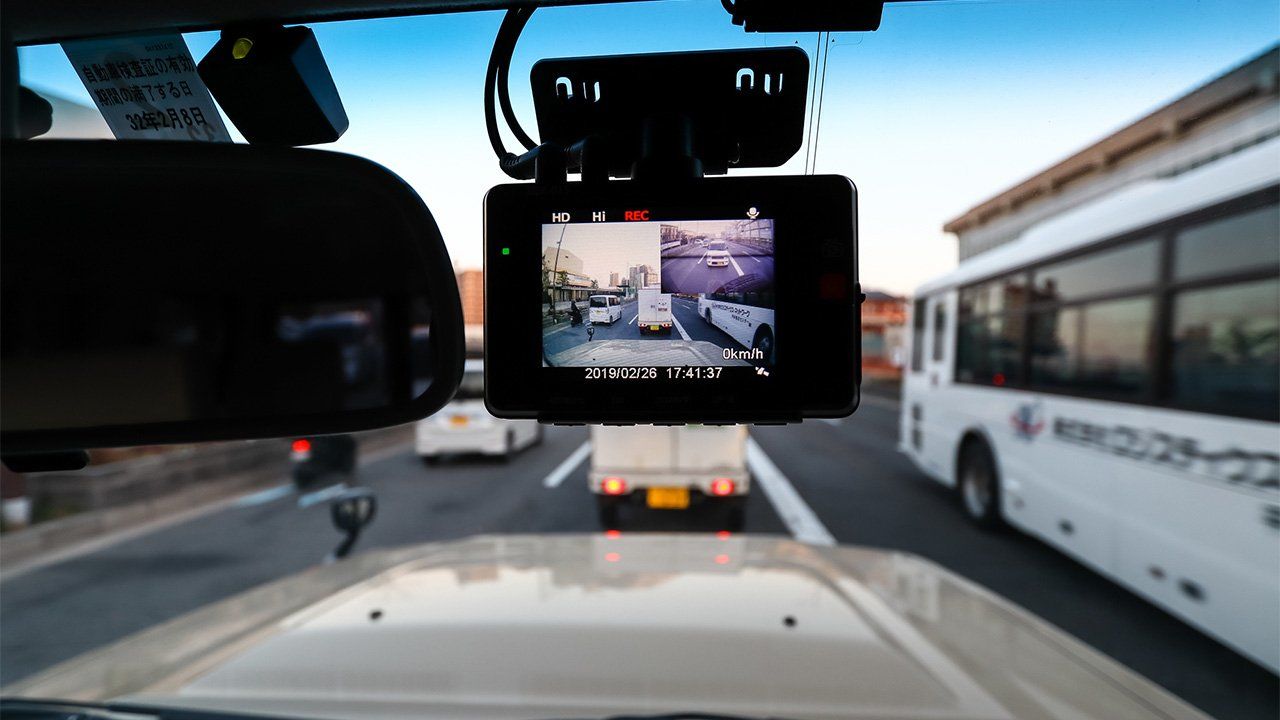 On June 30, 2020, Japan’s Road Traffic Act was amended to introduce stricter penalties for aori unten. The term refers to aggressive driving, including forcing other drivers to speed up or change lanes by tailgating or drawing close to the side of another vehicle. A survey conducted by the Zurich Insurance Company of 2,230 persons who drive at least once a week, found that around 60% of them had been the victims of such reckless conduct. 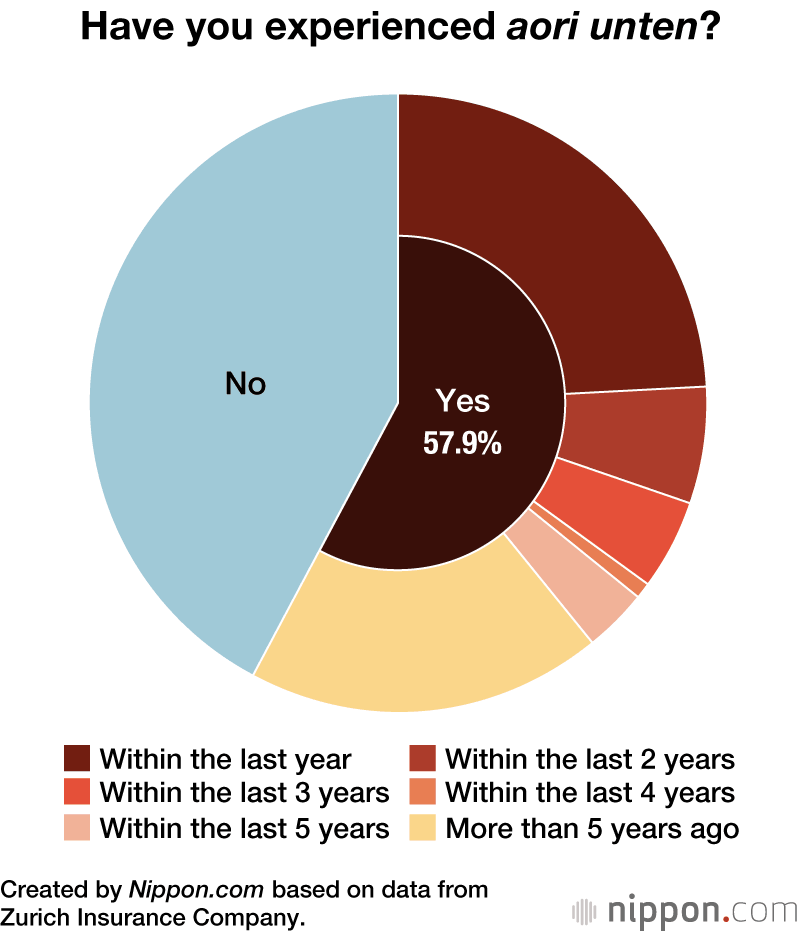 The most common type of reckless driving experienced, according to the survey, was aggressive tailgating. Among those who experienced this form of aori unten, 43.8% said that they gave way to the other vehicle, while 39.5% did nothing. 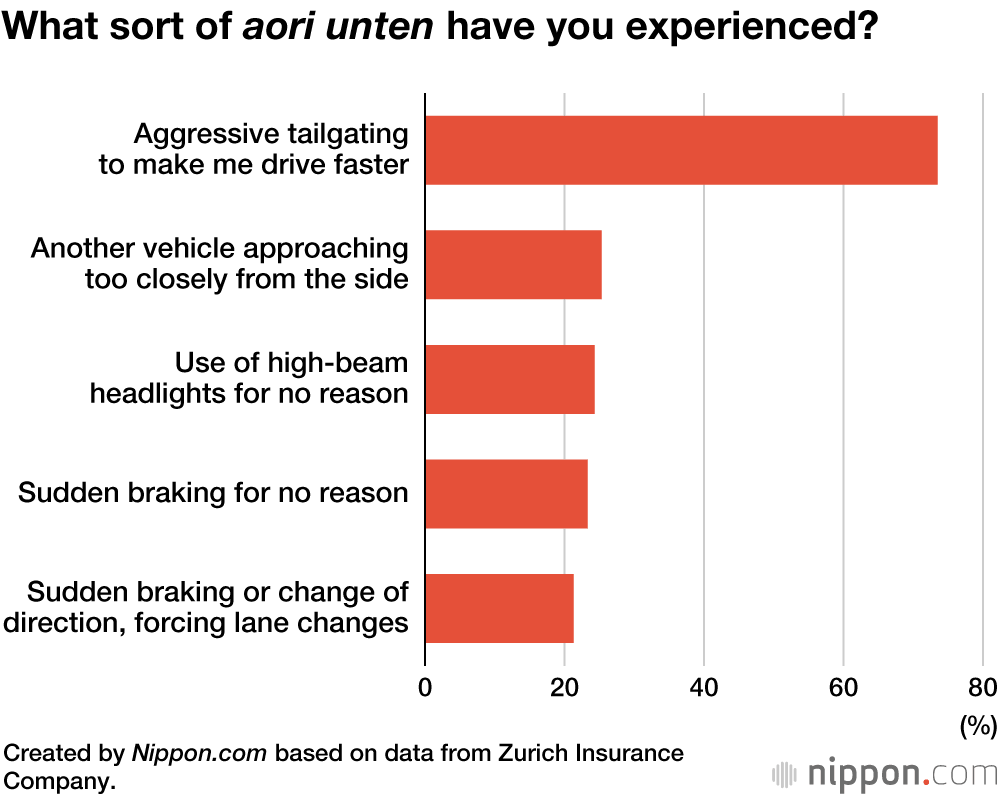 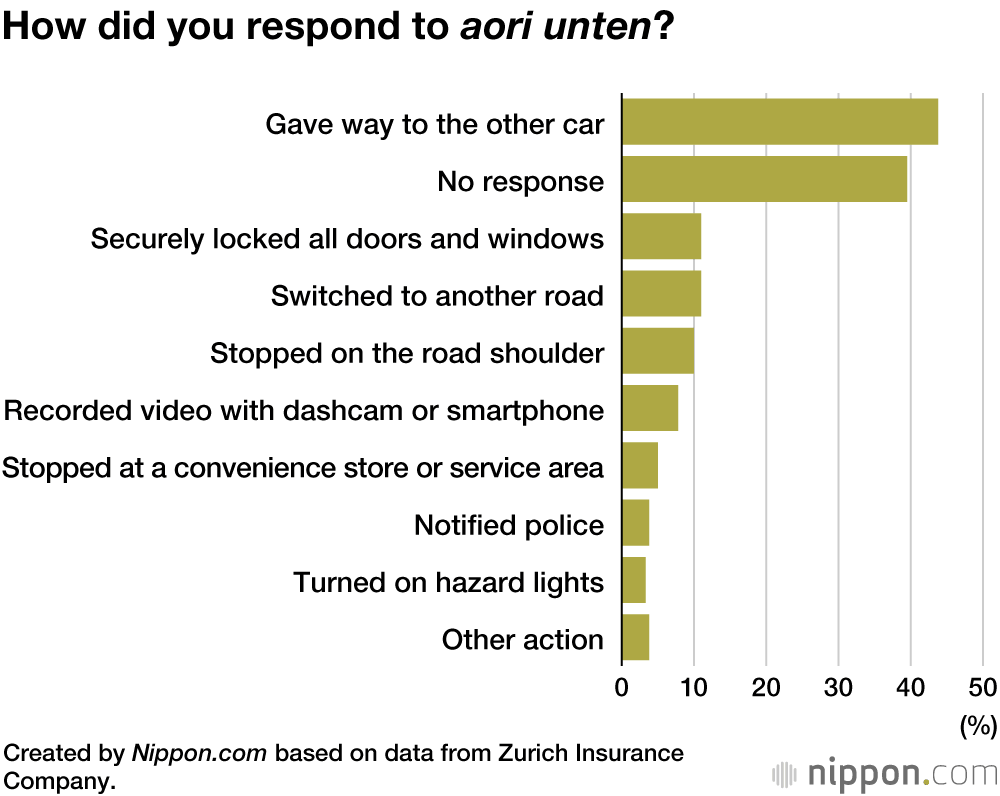 Some of the various methods drivers use to avoid experiencing aori unten include maintaining a proper distance from other vehicles and using the turn signal well in advance of making a turn. Shidōji Kazunori, a professor at Kyūshū University whose areas of expertise includes traffic psychology, points to the “importance of adhering to the fundamentals of safe driving in order to avoid triggering aori unten.” 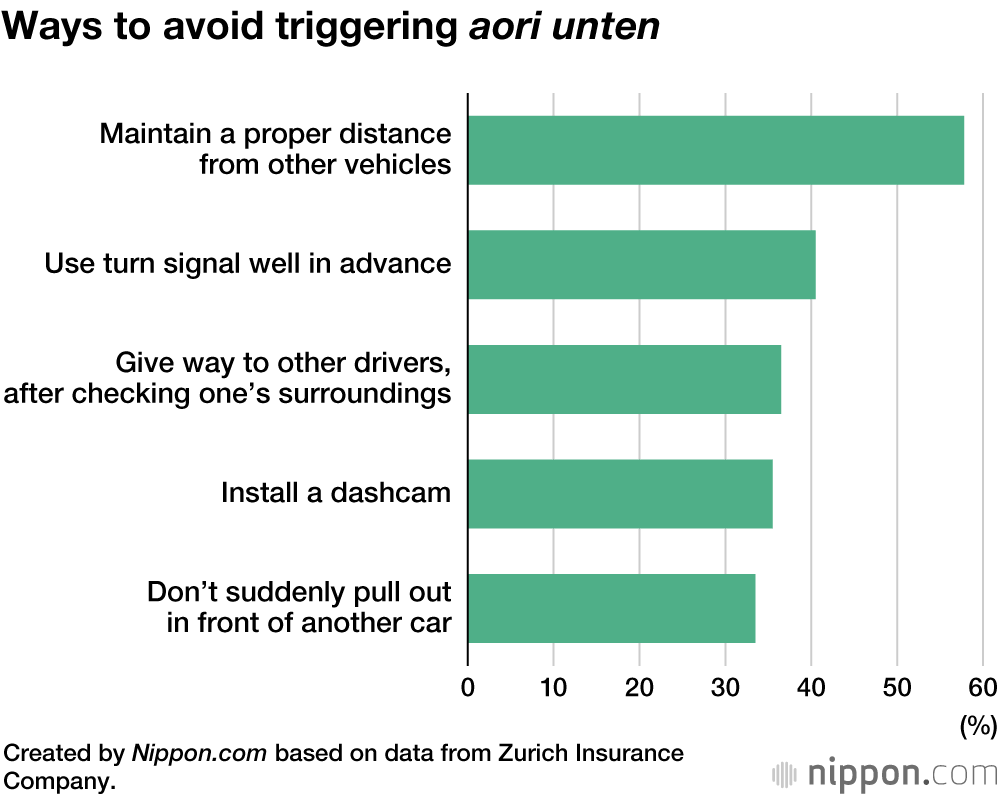 The revised Road Traffic Act defines aori unten as the following types of reckless driving: tailgating, sudden braking and pulling out in front of another car, unnecessary use of high-beam headlights or horn, and driving too slowly on the highway. Penalties for infractions include imprisonment for a maximum of three years and a fine of up to ¥500,000. Drivers who engage in such dangerous behavior as stopping in the middle of a highway can face imprisonment up to five years and a fine of up to ¥1 million. In addition, a single violation can result in the cancellation of a driver’s license. Police advise drivers subject to dangerous behavior like aori unten to stop their car in a safe place, remain inside the vehicle, and do not hesitate to contact the emergency number (110) if necessary.