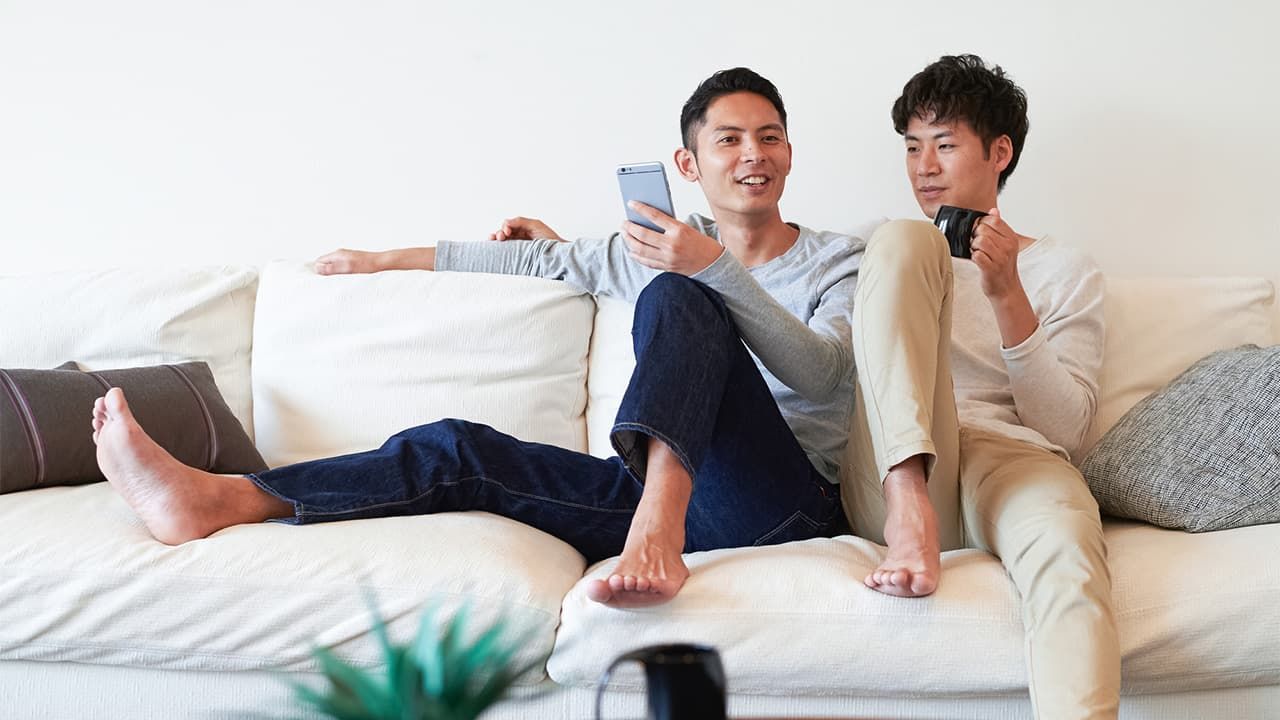 Work Society Lifestyle Jul 17, 2020
While many Japanese companies state that it is necessary to implement policies that consider sexual minorities, a recent survey found that just 11% are actually doing so.

Recently, Japan has had hit television series and manga with LGBT protagonists, and public understanding of sexual minorities seems to be gradually improving. But results of the Ministry of Health, Labor, and Welfare’s first survey of Japanese companies regarding policies towards sexual minorities indicated that few are implementing LGBT-related measures.

The survey of 10,000 companies with 50 or more employees received valid responses from 2,388. When asked, “Do you believe that your company should create a workplace environment that is accepting of sexual minorities?” 17% responded “Strongly agree” and 55% “Somewhat agree,” so positive responses exceeded 70%. For companies with 1,000 or more employees, the responses were 42% and 50% respectively, totaling over 90%. 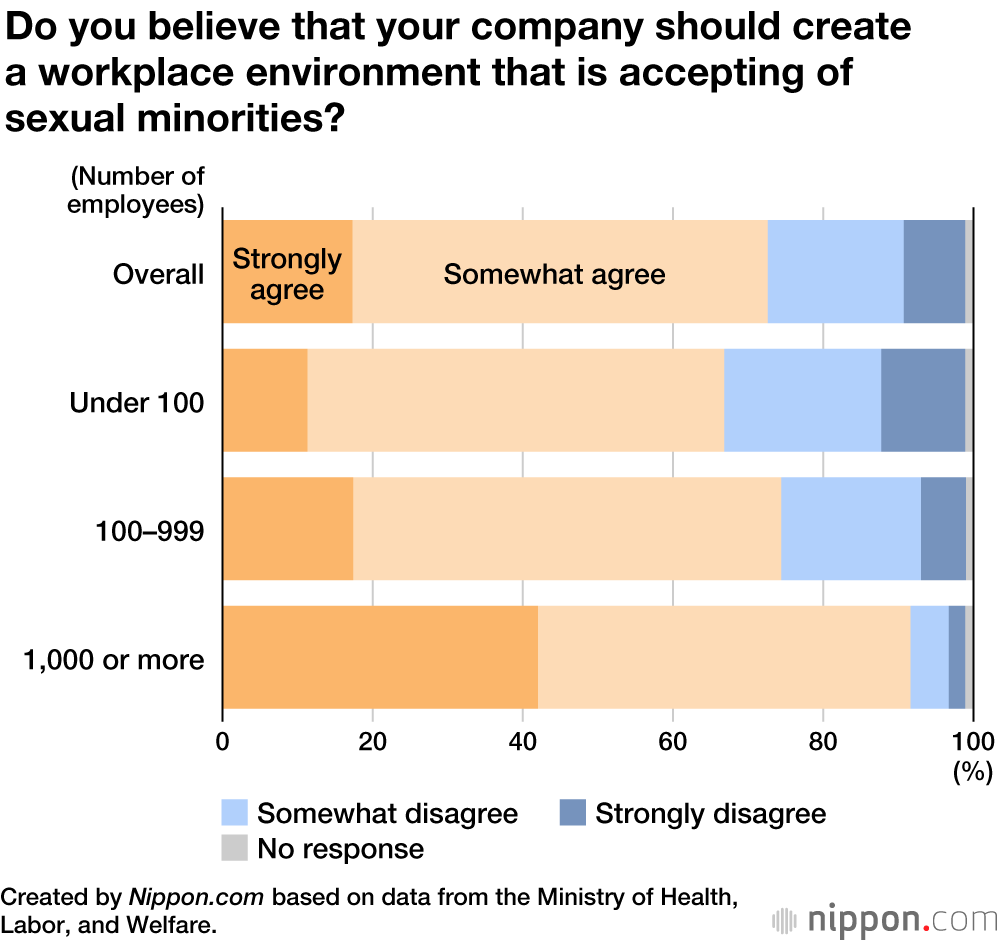 Surprisingly, in response to the question “Do you think there are members of sexual minorities at your company?” the majority responded either “No” or “We don’t know.” Consequently, only 11% of companies implement measures that aim to consider or respond to their needs. For companies with 1,000 or more employees, the figure was 43%, decreasing to 10% for companies with 100–999 employees, and a mere 4% for those with under 100 employees, indicating that, for many LGBT people, their workplace environment is not welcoming. 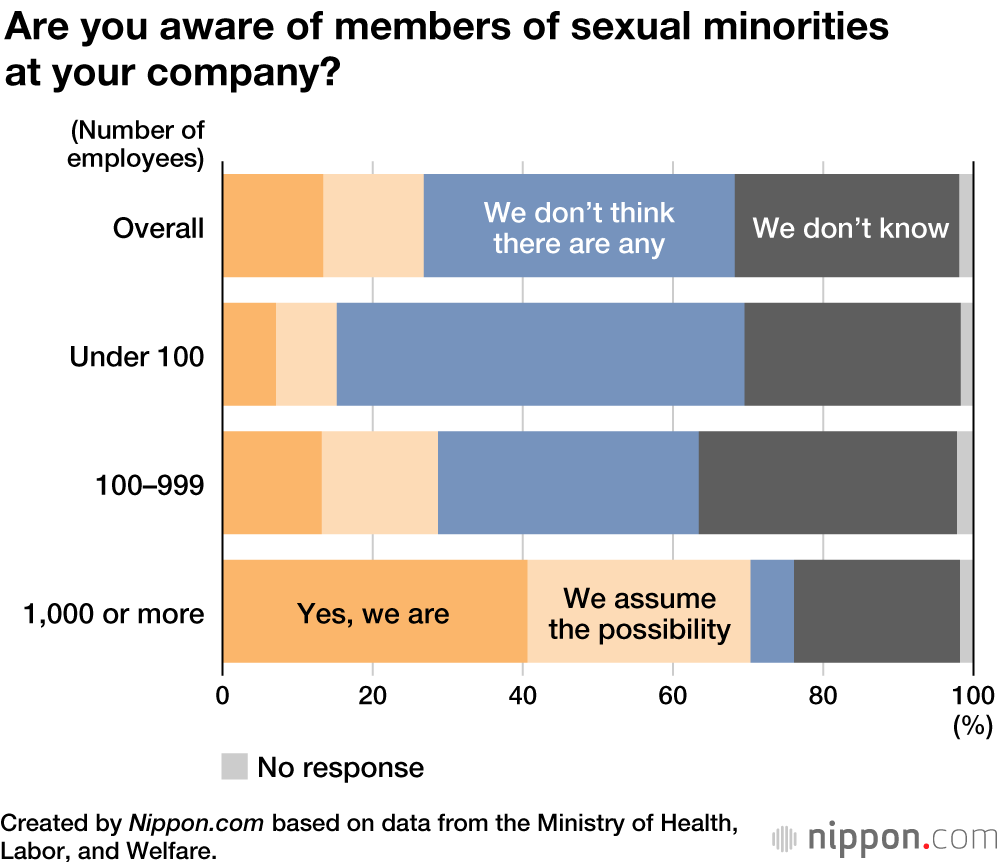 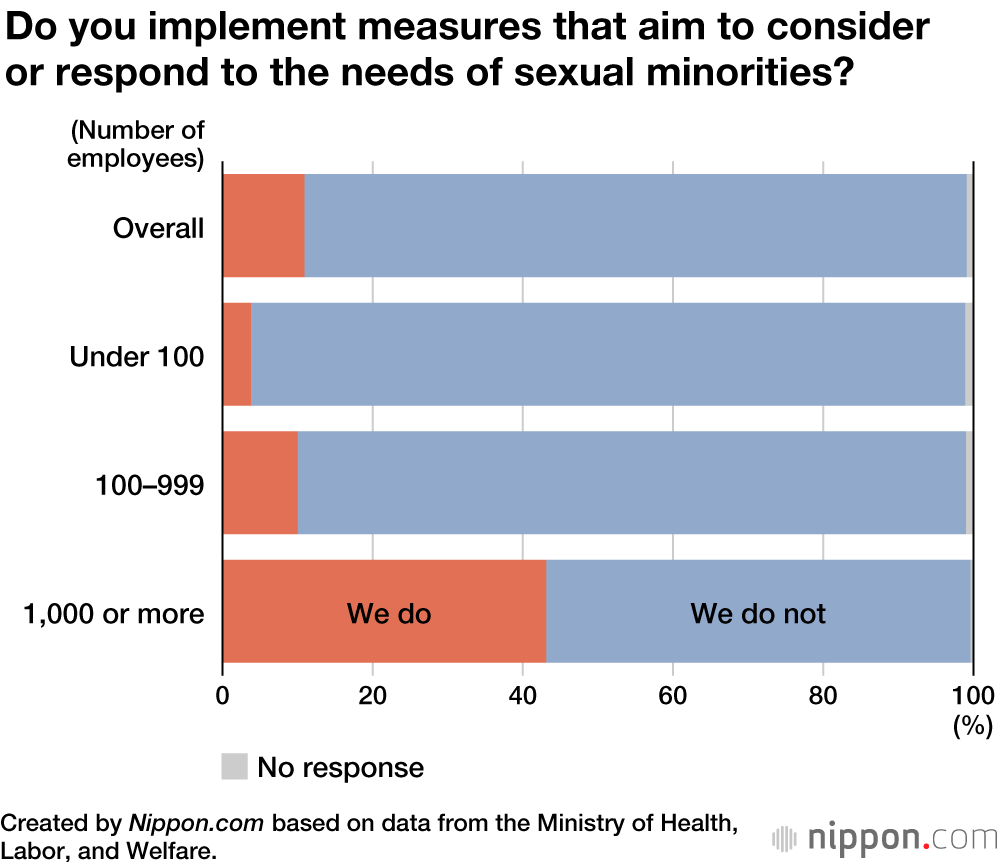 In many cases, companies that stated they are implementing measures indicated “social responsibility” as the reason, and many hoped the measures would result in creating a workplace that was welcoming to a diversity of people. 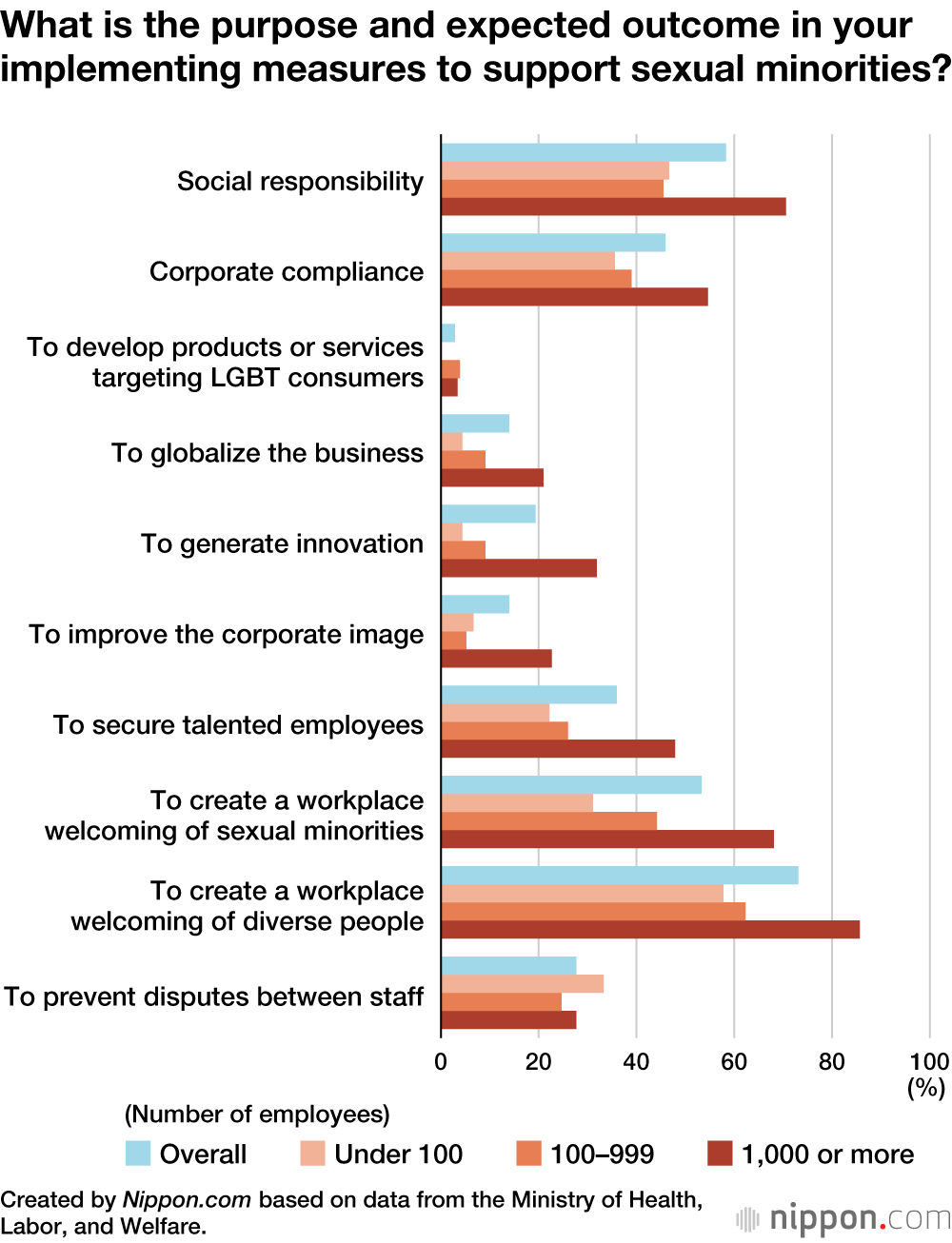