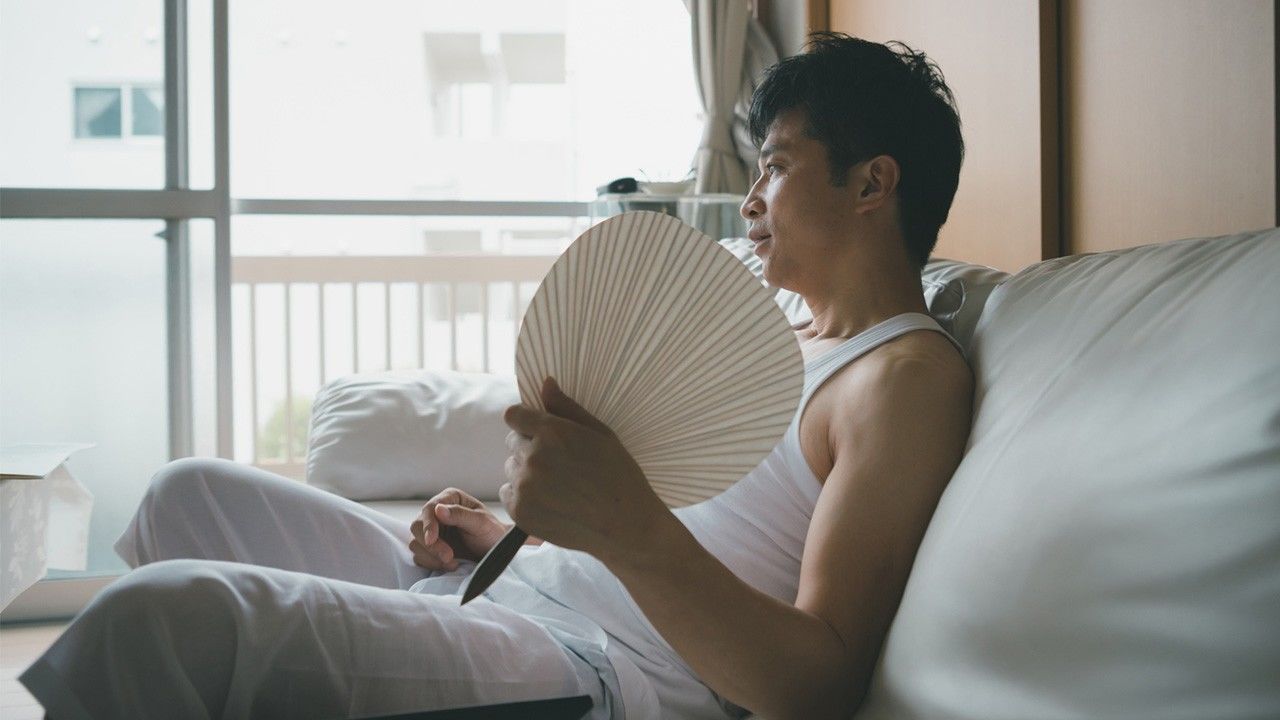 Society Lifestyle Economy Aug 5, 2020
The COVID-19 crisis will bring reduced spending during summer 2020 in Japan, as less opportunity to use money during trips combines with uncertainty over the future.

The results of a summer-related survey conducted by Meiji Yasuda Life Insurance Company showed average anticipated spending of ¥65,157 during the 2020 summer vacation in Japan. This is even lower than the average amount in 2019, when there was a trend toward less summer spending as a reaction against the extended 10-day Golden Week holiday in spring to mark the beginning of the new Reiwa era. The average for 2020 is the lowest since the survey began in 2006. Anticipated summer spending among women averaged ¥63,275, which was on par with last year, while likely spending among men decreased by ¥5,800 to ¥67,039.

Among those who planned to spend less this summer, 63.0% said that this was because there was not much opportunity to do so, as the COVID-19 crisis has made it necessary to refrain from taking excursions. The second most common reason cited, at 32.9%, was the need to save money because of uncertainty over the future. 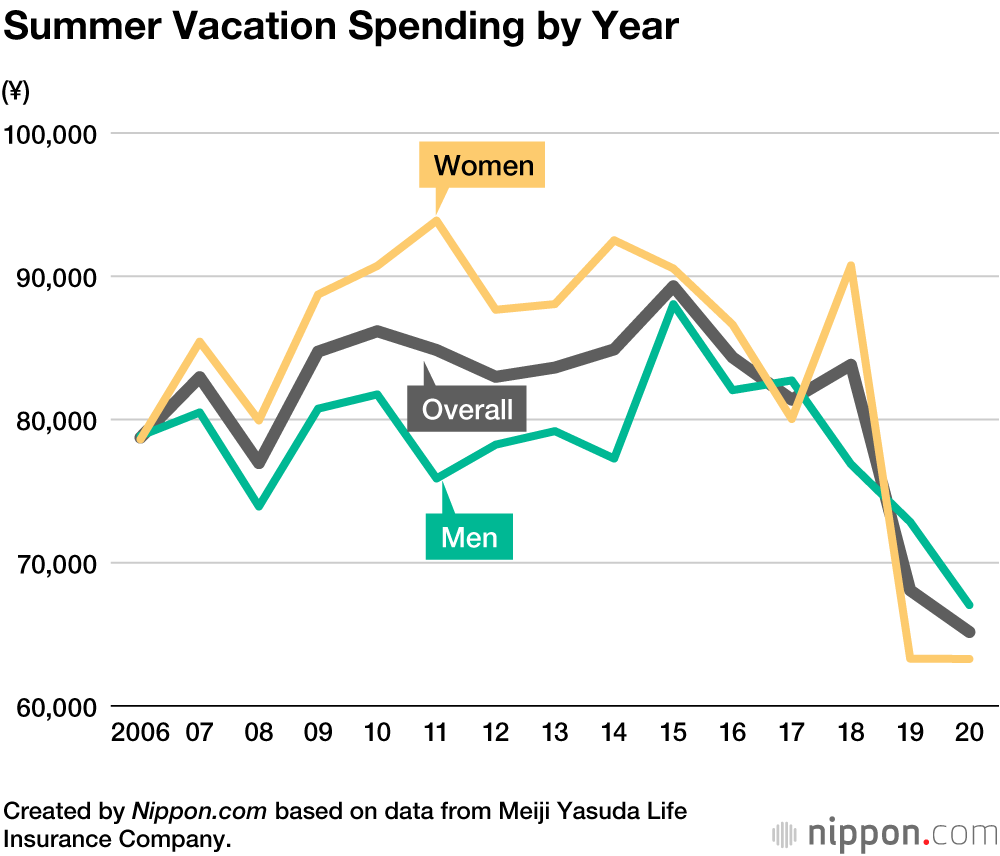 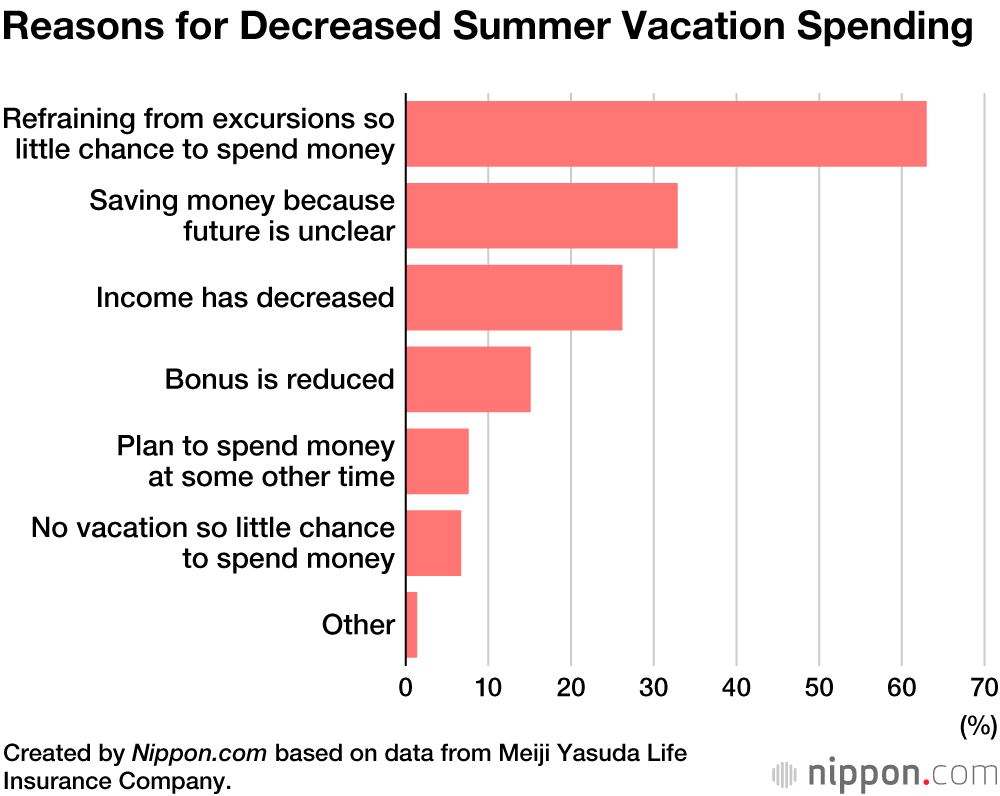 Among the survey respondents, 70.2% said that their summer vacation plans this year have been impacted by the COVID-19 pandemic, of whom 48.3% said that they have been unable to decide on any plan as a result. There is a lack of clarity about what will happen next this year, even one or two months down the road. 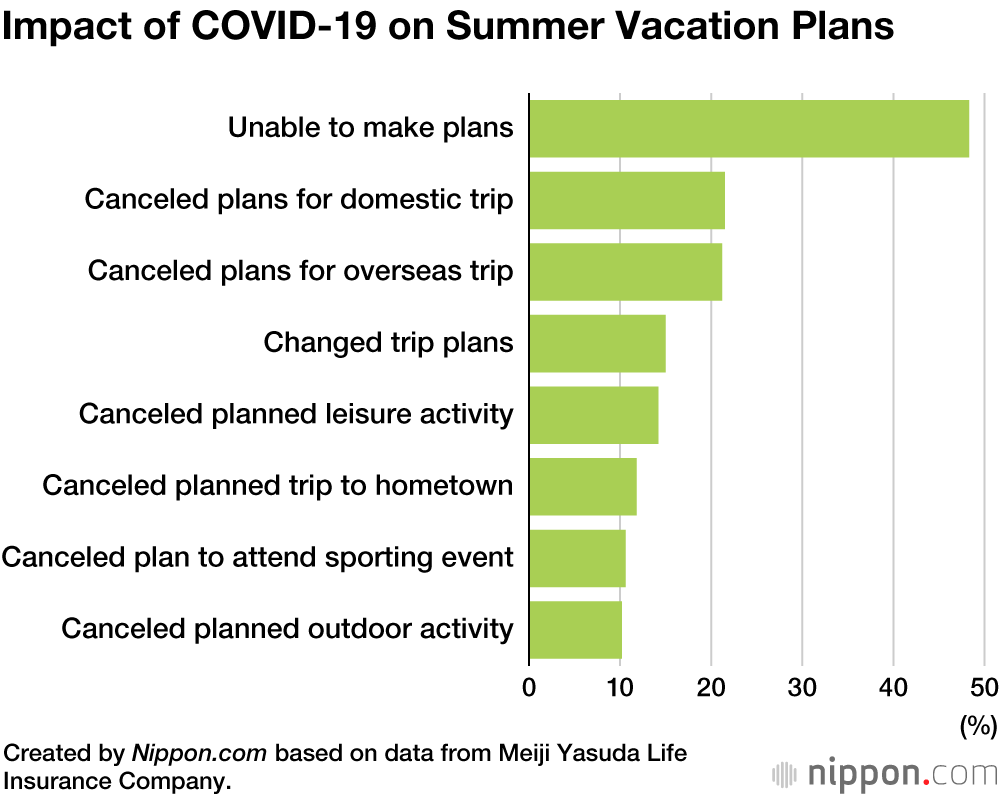 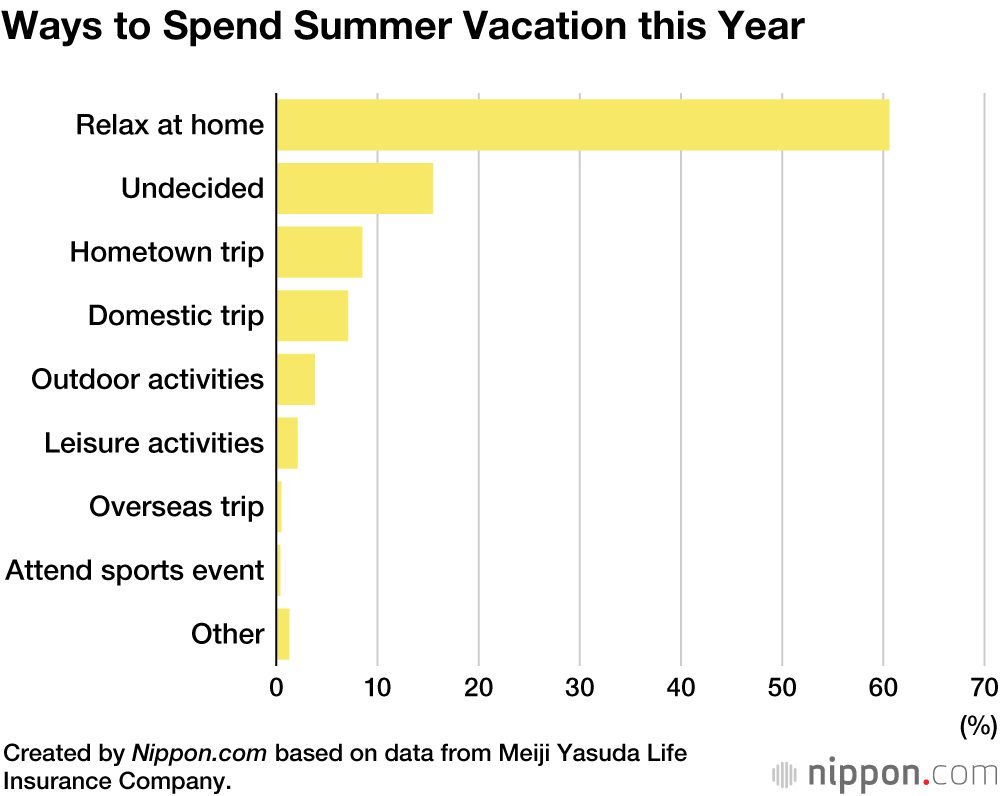 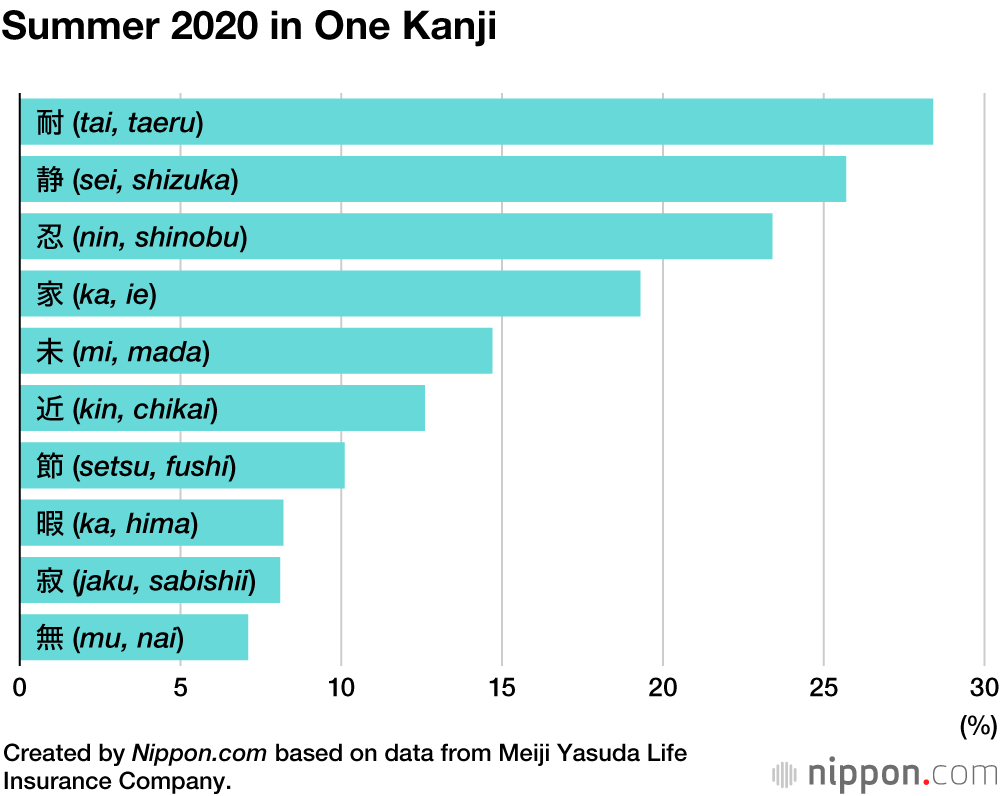