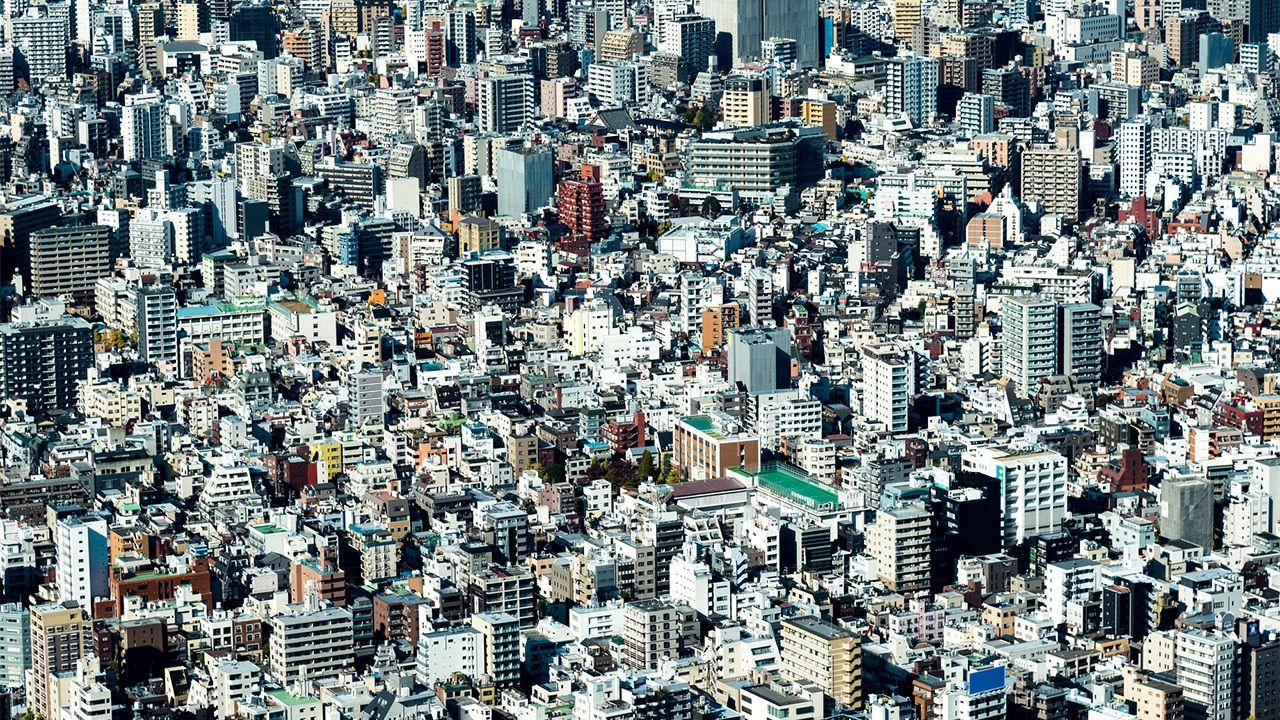 Society Lifestyle Aug 6, 2020
The pull of Tokyo has led to crowded conditions, and residents have the lowest average floor area by prefecture.

With an area of 2,190 square kilometers Tokyo is the third smallest of Japan’s 47 prefectures (after Kagawa and Osaka). Despite being space-scarce, the metropolis is a magnet for people from various regions. In the 50 years between 1950 and 2000, the population almost doubled, and it continues to expand even now. Tokyo’s population density of 6,168.7 people per square kilometer is the highest among all Japan’s prefectures. This is around 90 times higher than Hokkaidō, which has the lowest density at 68.6 people per square kilometer. 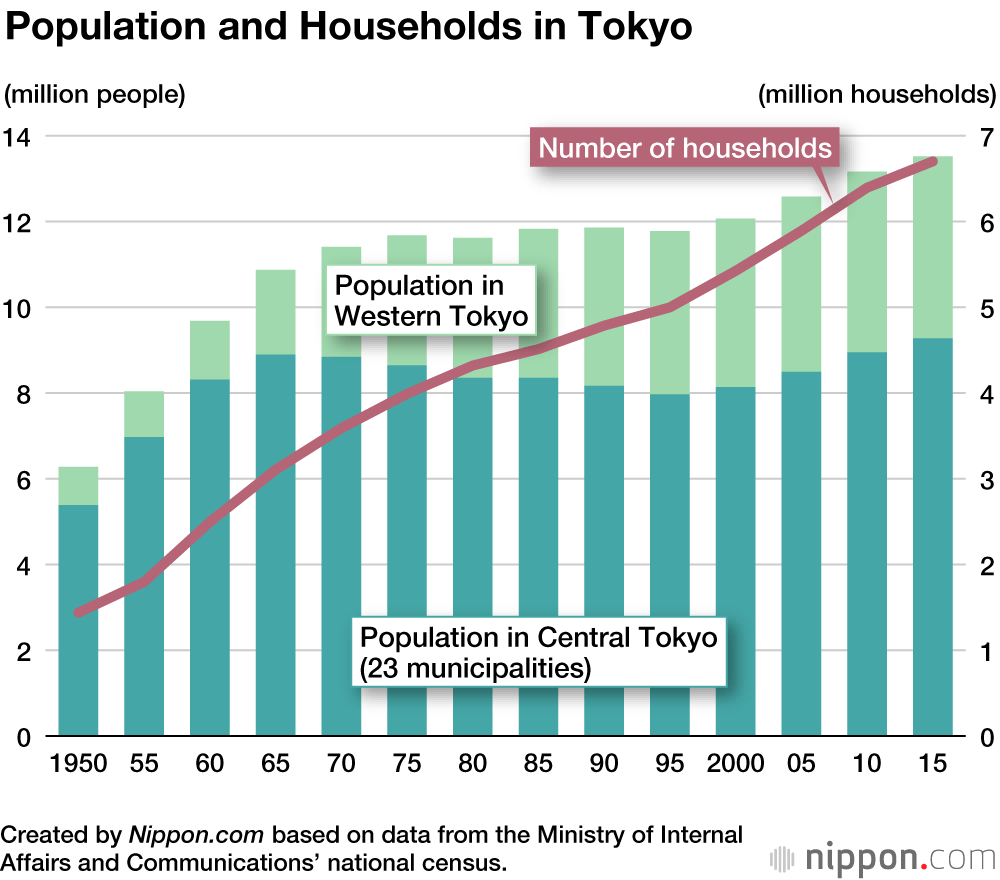 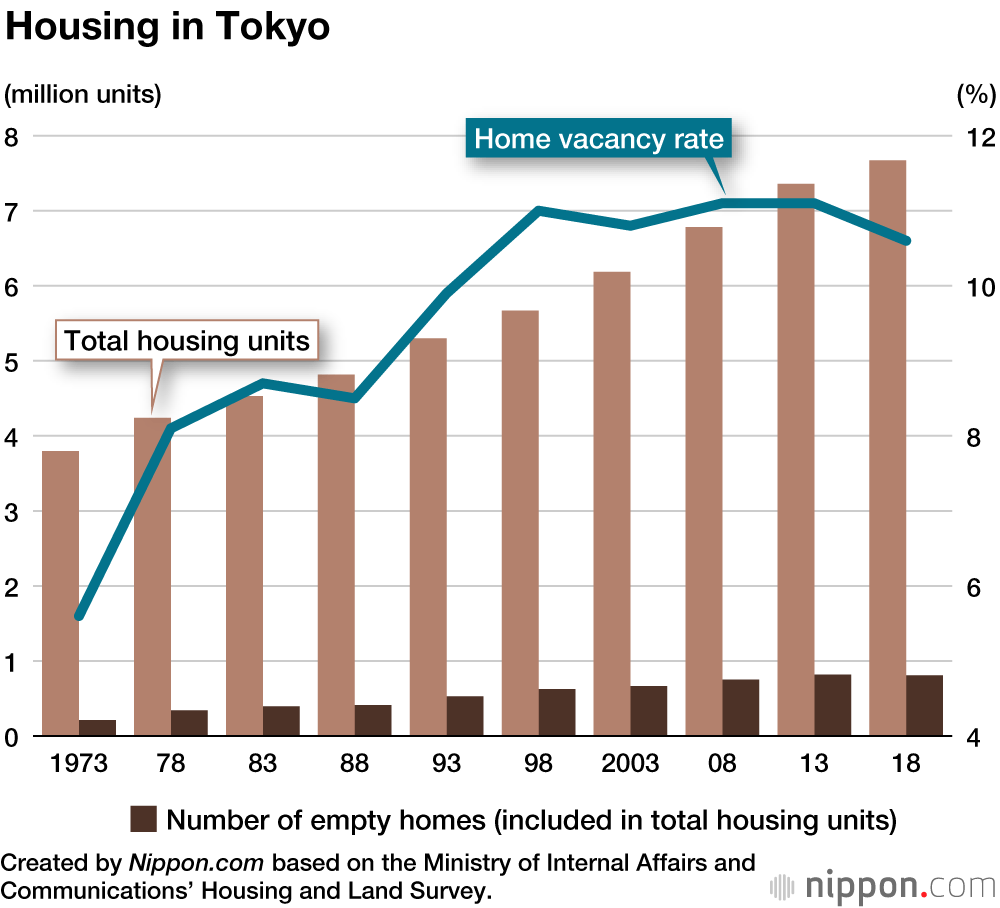 As Tokyo is not getting any bigger, the only way to accommodate the increasing number of households is by building upwards. Residential complex building trends show a clear shift from 1998 of more high rise construction and a significant increase in buildings with six floors or more. 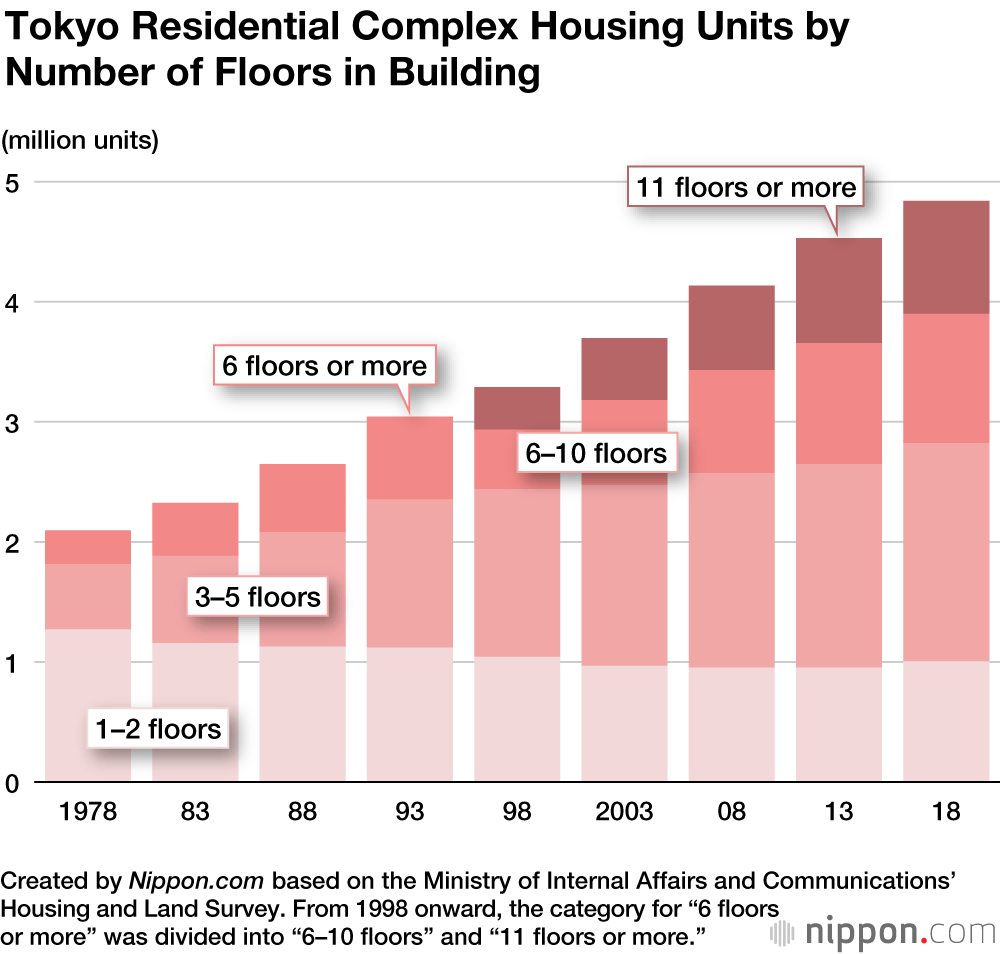 The average floor area per home in Tokyo is 65.18 square meters, or only 70% of the national average, placing the metropolis lowest out of all 47 prefectures. Even small housing units are highly priced, so it is not easy for people to have a home of their own. The rate of home ownership in the city is less than 50%, ranking 46th nationwide.

Nonetheless, the pull of the city appears to remain strong, despite residents not being able to live in relative comfort.

Created by Nippon.com based on data from the Tokyo Statistical Yearbook 2020 website, run by the Statistics Division, Bureau of General Affairs.