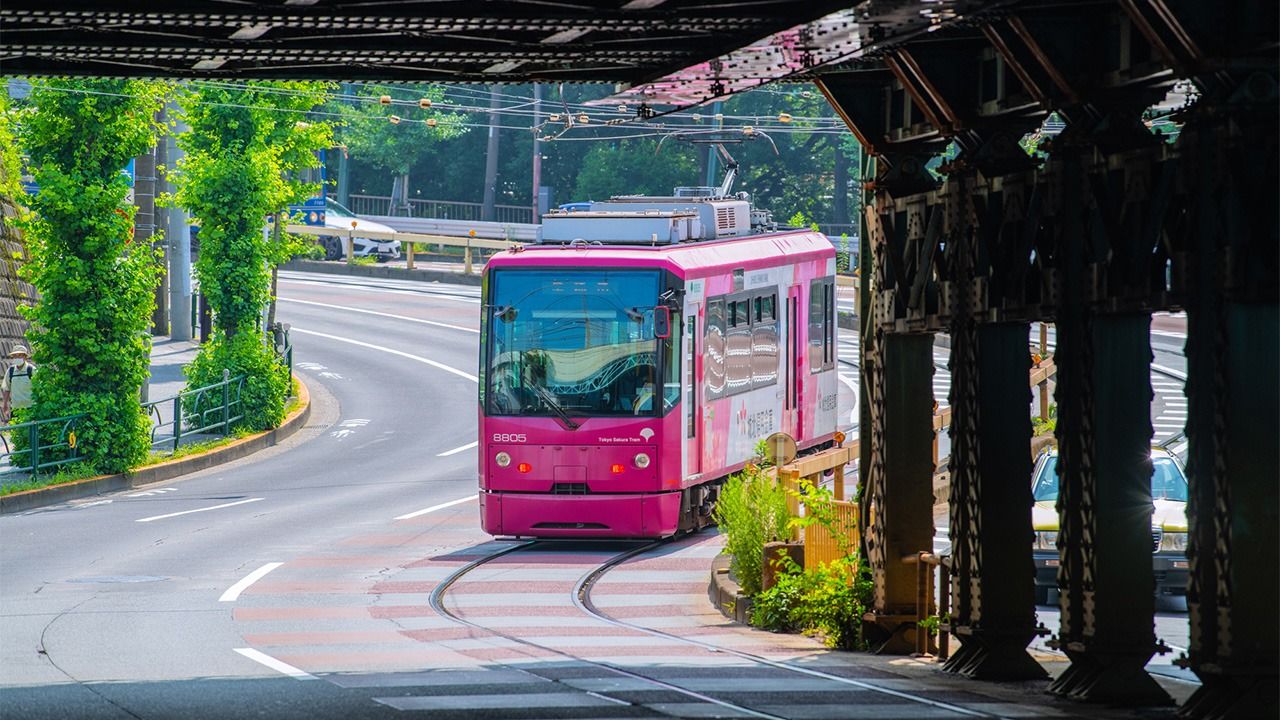 The history of the Toden tram service can be traced back to 1911 when the Tokyo municipal government established the Tokyo City Electric Power Bureau and began operating streetcars. At its peak in 1943, 41 lines crisscrossed the city, totaling 213 kilometers in length, and an average of 1.93 million people used the service daily.

However, rapid economic growth led to a sudden, widespread increase in the use of cars and traffic congestion became a major issue in Tokyo. As the Toden trams running on the roads were deemed to be one of the causes, 181 kilometers of lines were shut down between 1967 and 1972. Now all that remains is the Toden Arakawa Line, connecting Minowabashi Station in Arakawa with Waseda Station in Shinjuku. Although the line covers just 12.2 km, it has an average 48,000 daily passengers. 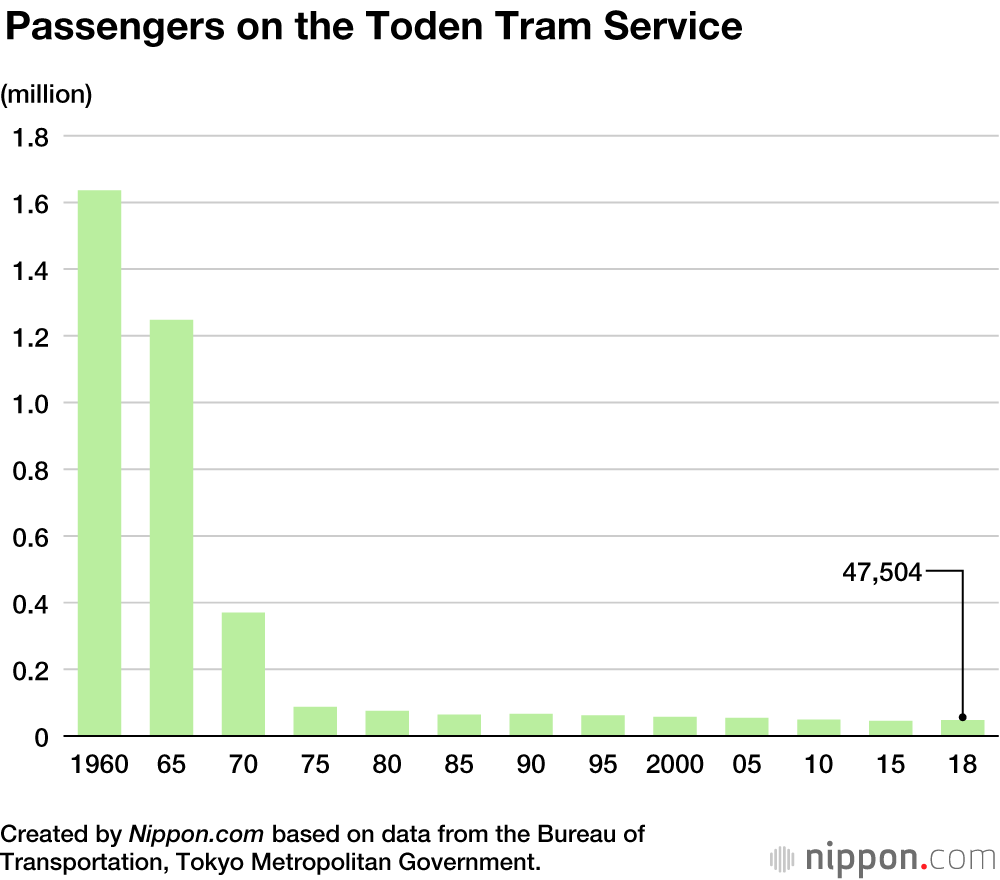 The Arakawa Line survived because there were no suitable roads in the area that would allow buses to replace the service. There was outcry from local residents to keep it as it was essential to their daily lives. Most of the line is track only, and just a section travels on the road.

The truth is that, despite being heralded as the only tram line in Tokyo, it only runs on public roads for 1.7 kilometers. The highlight of the trip has to be the section where the tram leaves Ōjiekimae Station and travels alongside traffic under the elevated JR line and up a gentle slope to Asukayama Station.

Created by Nippon.com based on data from the Bureau of Transportation, Tokyo Metropolitan Government.