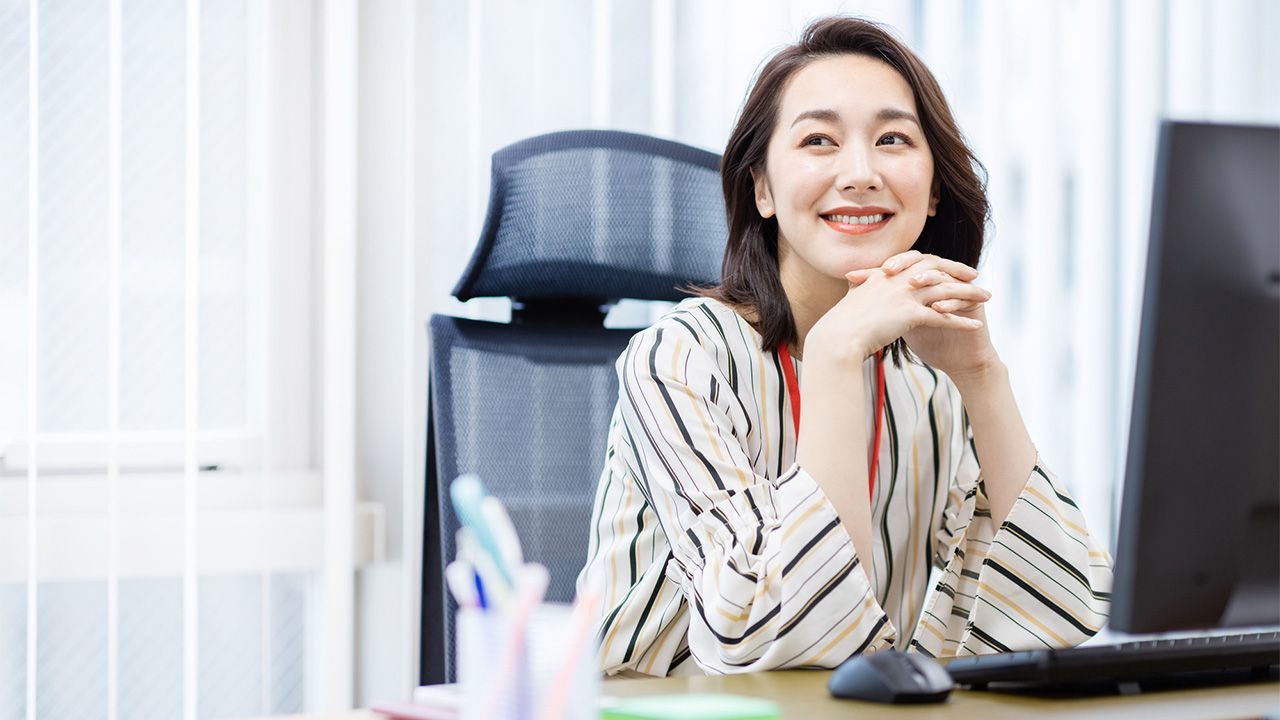 Less than 10% of Japan’s Company Presidents Are Women

Economy Society Aug 25, 2020
Over 30 years have passed since Japan’s Equal Employment Opportunity Act was enacted in 1986, but women still account for less than 10% of company presidents.

A Teikoku Databank study found that of 1.2 million Japanese companies, only 8.0% had female presidents as of April 30, 2020, the same level as in the previous year. There has been a slight increase over the decades, as the current level is 3.5 percentage points higher than that of 1990, but it is still below 10%. Despite the government positioning the advancement of women as a pivotal policy goal, there has been little significant change. 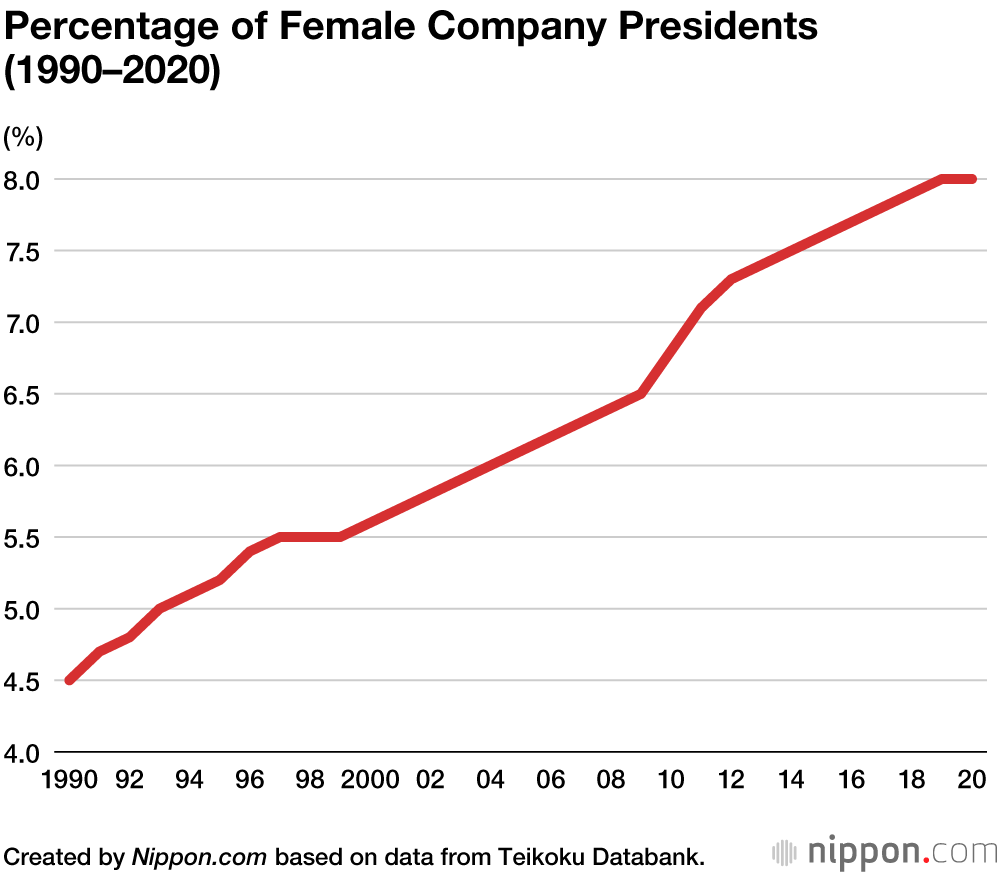 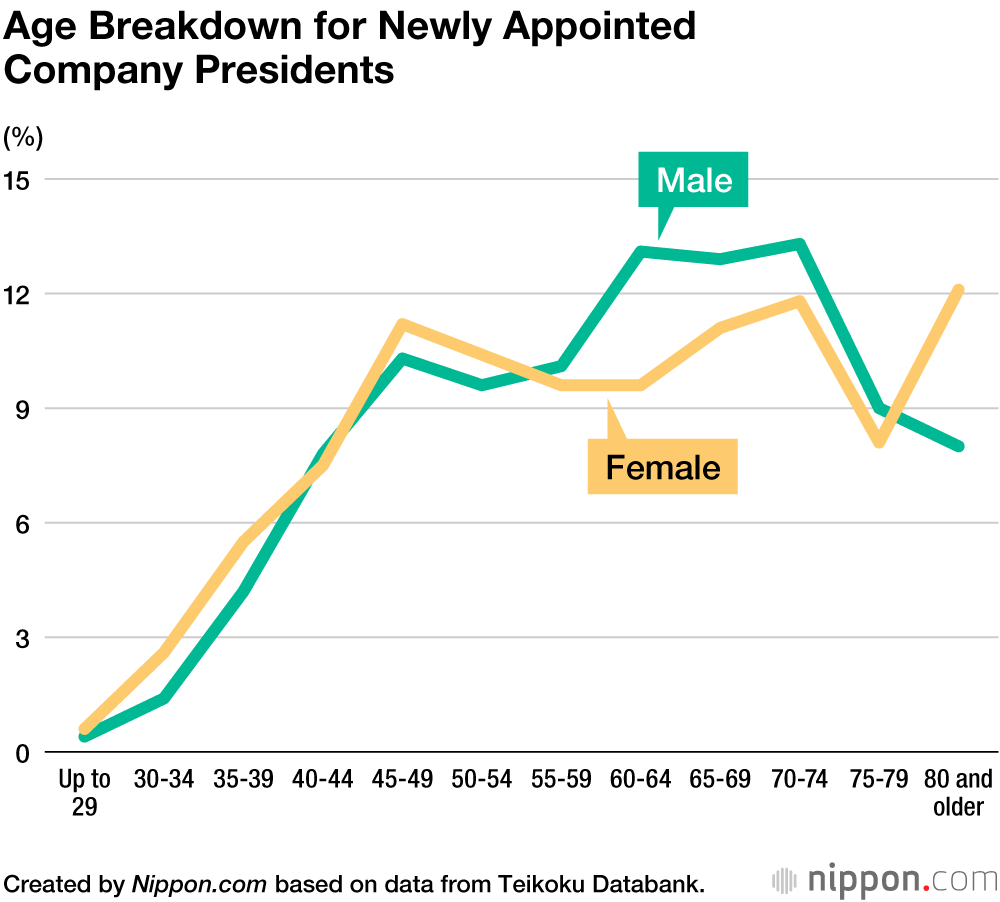 In the breakdown of business sectors with significant female leadership, nursery schools ranked first, with women accounting for 42.9% of all company presidents, followed by cosmetic sales at 35.1%, beauty salons at 34.1%, elderly welfare services at 32.1%, and educational providers at 30.4%. The figures show that female presidents are most active in family-related businesses, such as child and nursing care, as well as in sectors with a strong female customer base like beauty care. 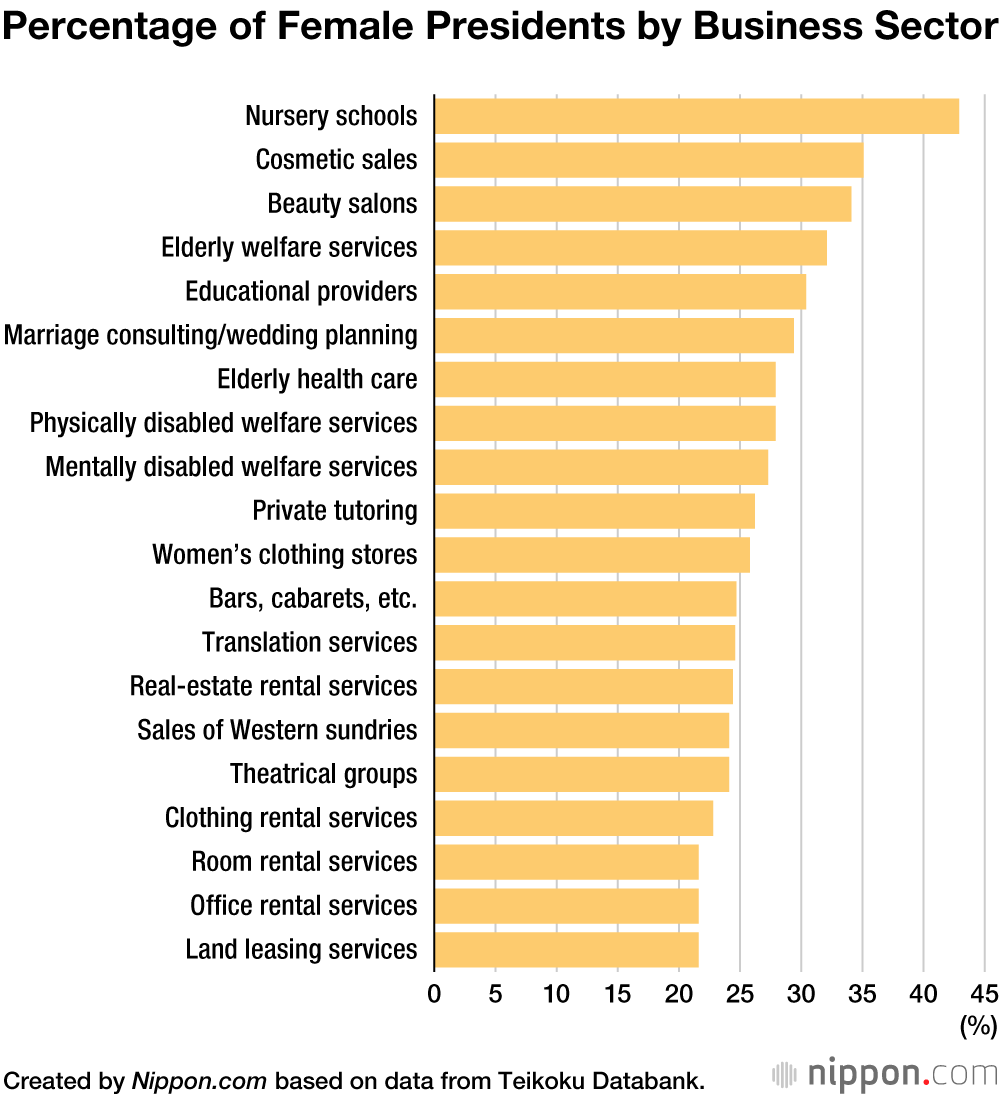 The university with the highest number of female presidents among its graduates is Nihon University, which has a total of 236, up 8 from the previous year.

Universities with the Most Female Company Presidents Among Alumni

Newly Appointed Female Presidents in Key Positions Over the Past Year