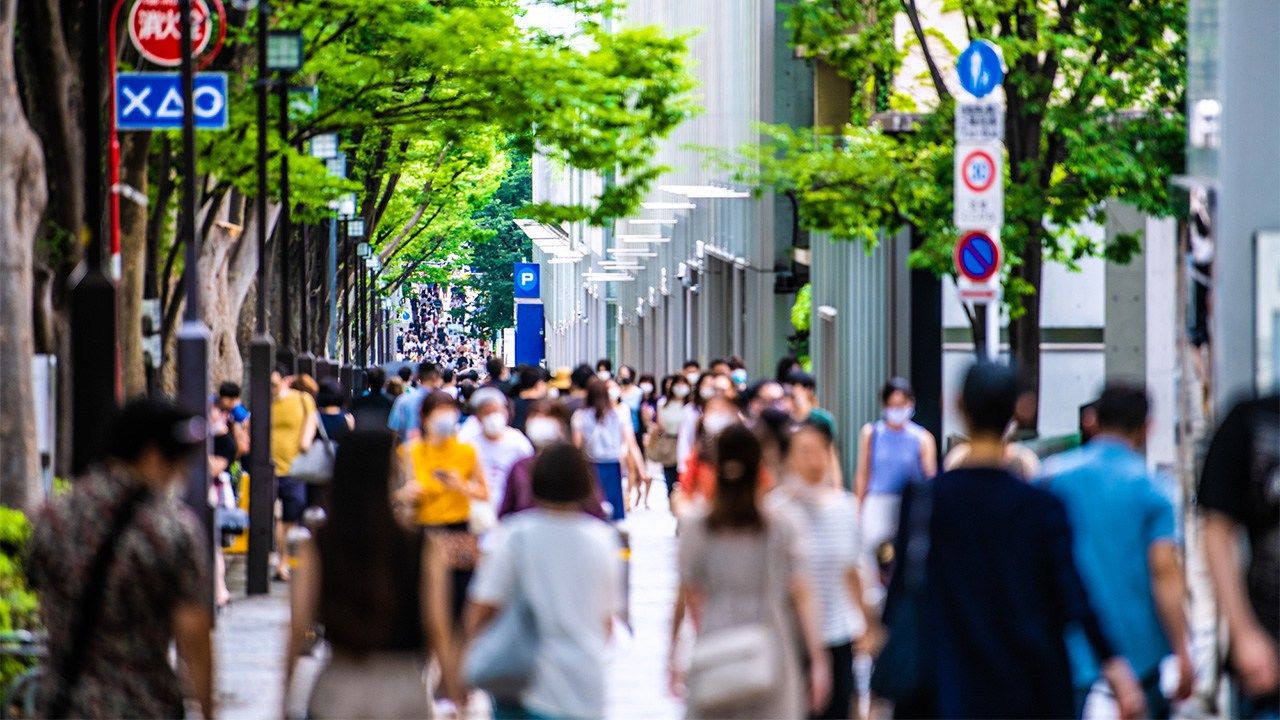 Japan’s population was 127,138,033 as of January 1, 2020, according to a demographic survey published by the Ministry of Internal Affairs and Communications, based on resident registration data. The number of Japanese citizens fell by 505,046 from the previous year to 124,271,318. This is the biggest decrease since the current survey began in 1968, topping 500,000 for the first time. It is also the eleventh consecutive year that these figures have dropped. In contrast, the foreign population showed high growth, increasing by 199,516 over the past year to 2,866,715. Non-Japanese residents now account for 2.25% of the total population. 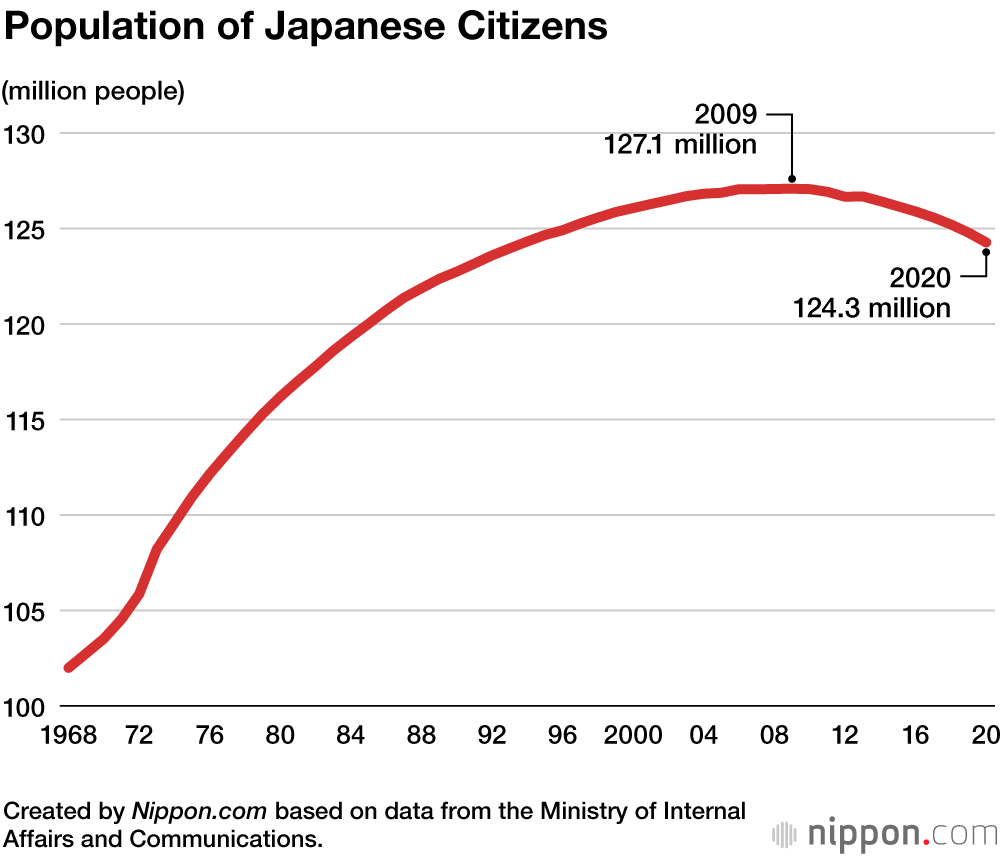 By age range, Japanese nationals aged 65 to 74, which includes the baby boom generation, and their children aged 40 to 54 account for the largest numbers, while the smaller populations of younger cohorts reflect the country’s declining birthrate. The largest age groups of foreign residents are in their twenties and thirties, showing how they are compensating for labor shortages. 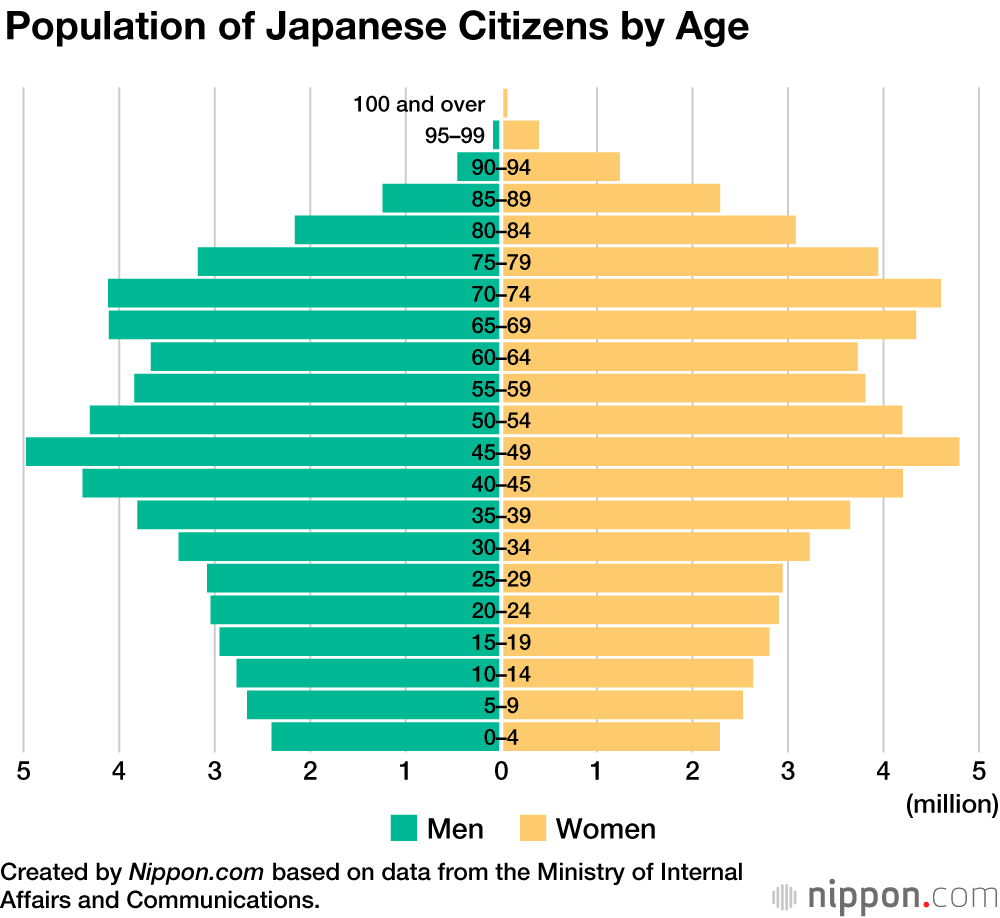 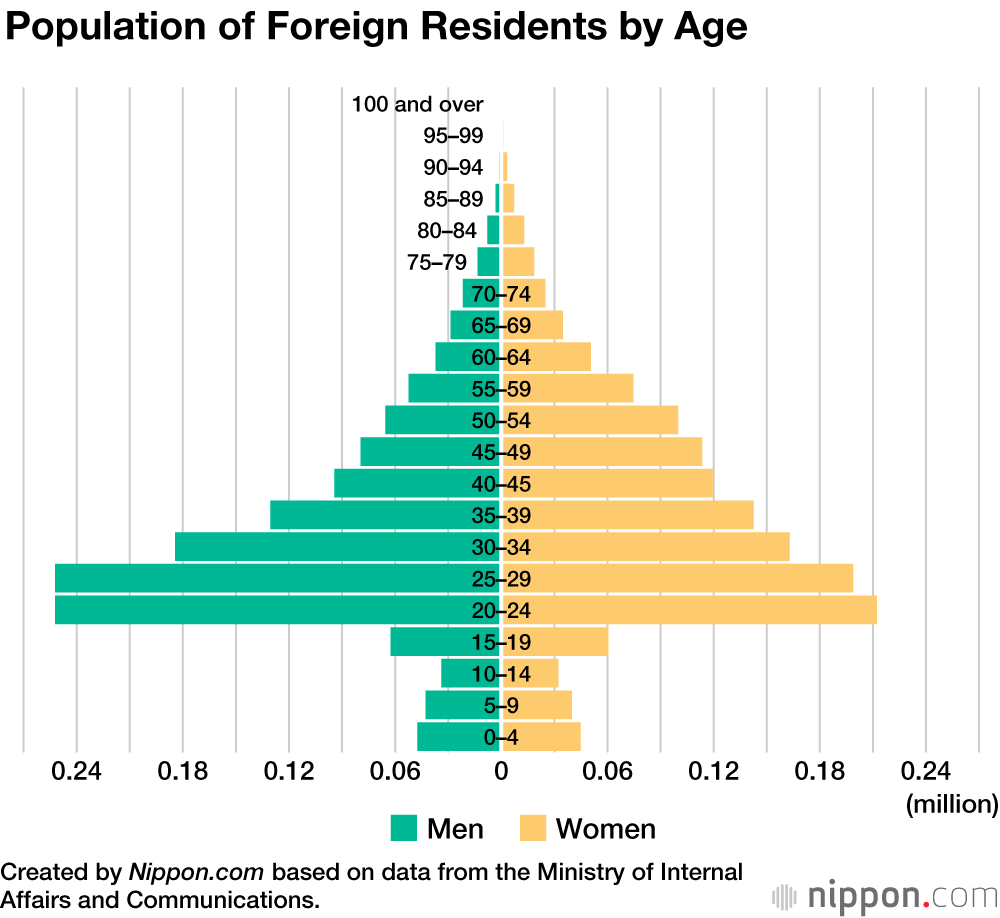 Tokyo has the largest number of foreign residents, followed by Aichi, Osaka, Kanagawa, and Saitama, and these five prefectures alone account for 53.2% of the total.

Prefectures with the Highest and Lowest Total Populations 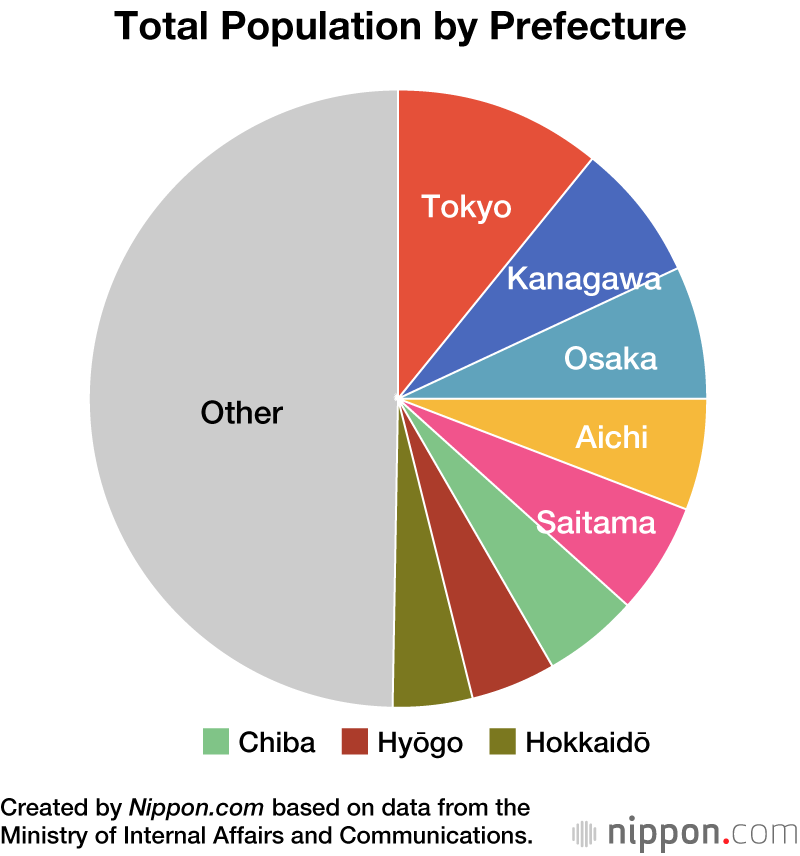 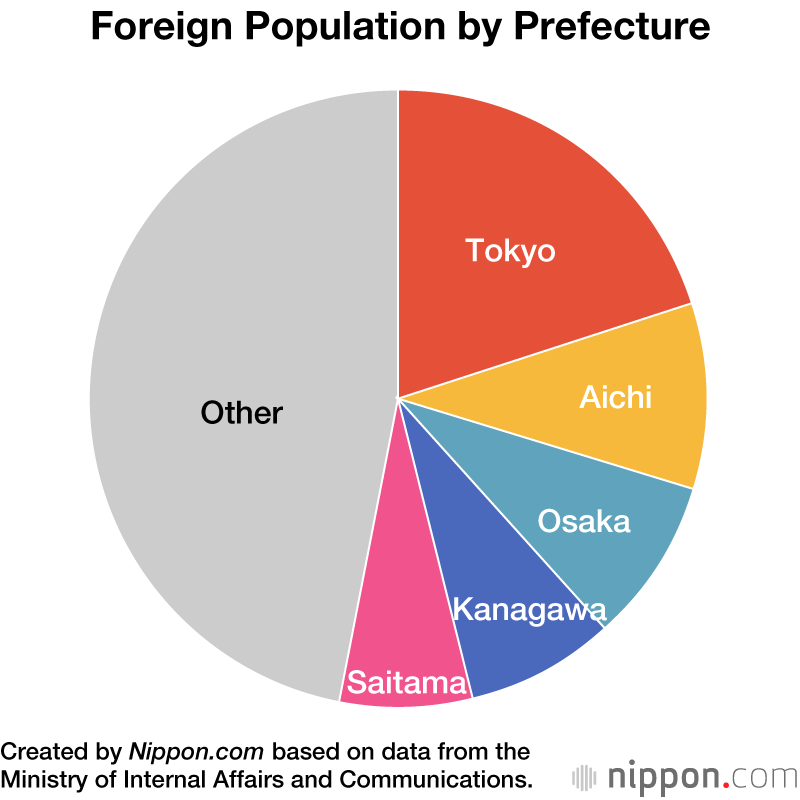