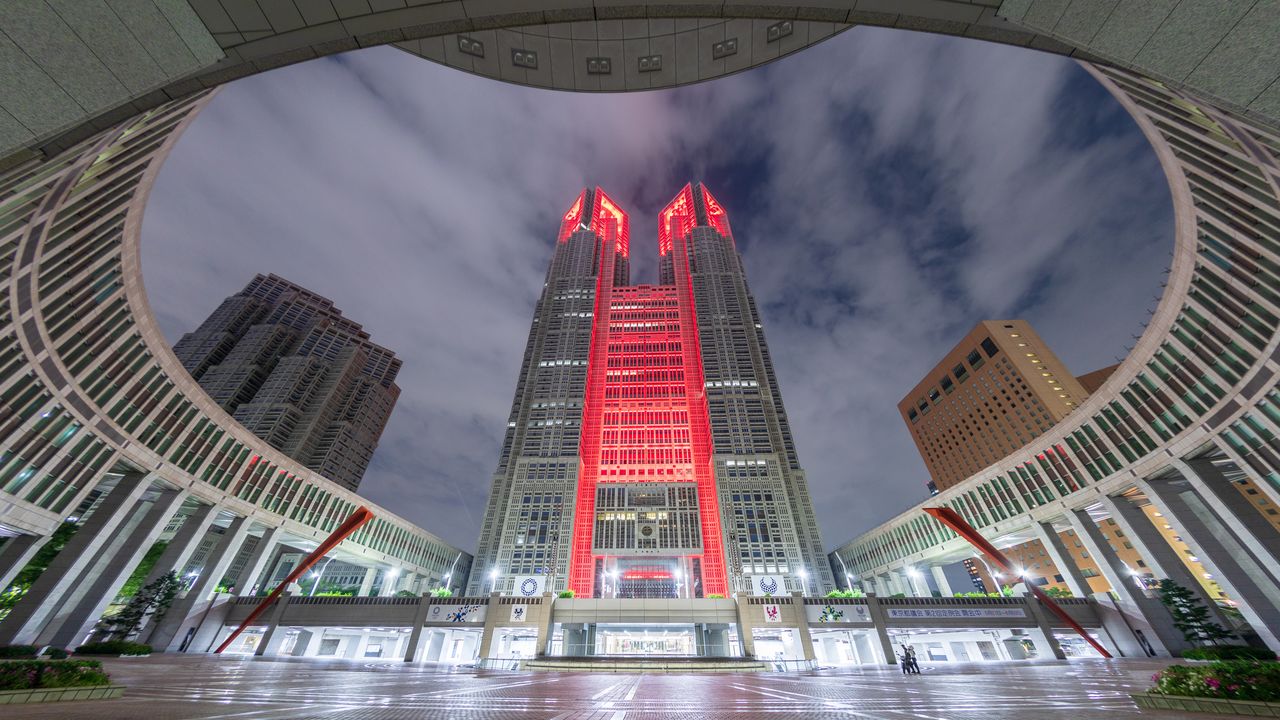 Preliminary figures released by Japan’s Cabinet Office on August 17 for seasonally adjusted GDP show a 7.8% decrease compared to the previous quarter (excluding the effect of price changes), which represents an annualized drop of 27.8%. This is the largest postwar decrease, exceeding the 17.8% fall during the January to March quarter of 2009, due to the global economic crisis. It comes after economic activity came grinding to a temporary halt during the state of emergency declared in response to the COVID-19 crisis, and marks the third consecutive quarterly decrease.

Personal consumption, which makes up nearly 60% of Japan’s GDP, was down by 8.2% for the same quarter. Social distancing during the state of emergency in April and May dealt a serious blow to consumption in the service sector, including restaurants and travel-related businesses. Overseas demand for Japanese goods also fell amid the global pandemic as cities in the Europe and North America faced lockdown. Exports fell by 18.5% compared to the previous quarter, for a 56.0% annualized drop. The de-facto closing off of Japan from the world, which caused a steep drop in consumption from foreign visitors, also harmed service exports within the country’s GDP. 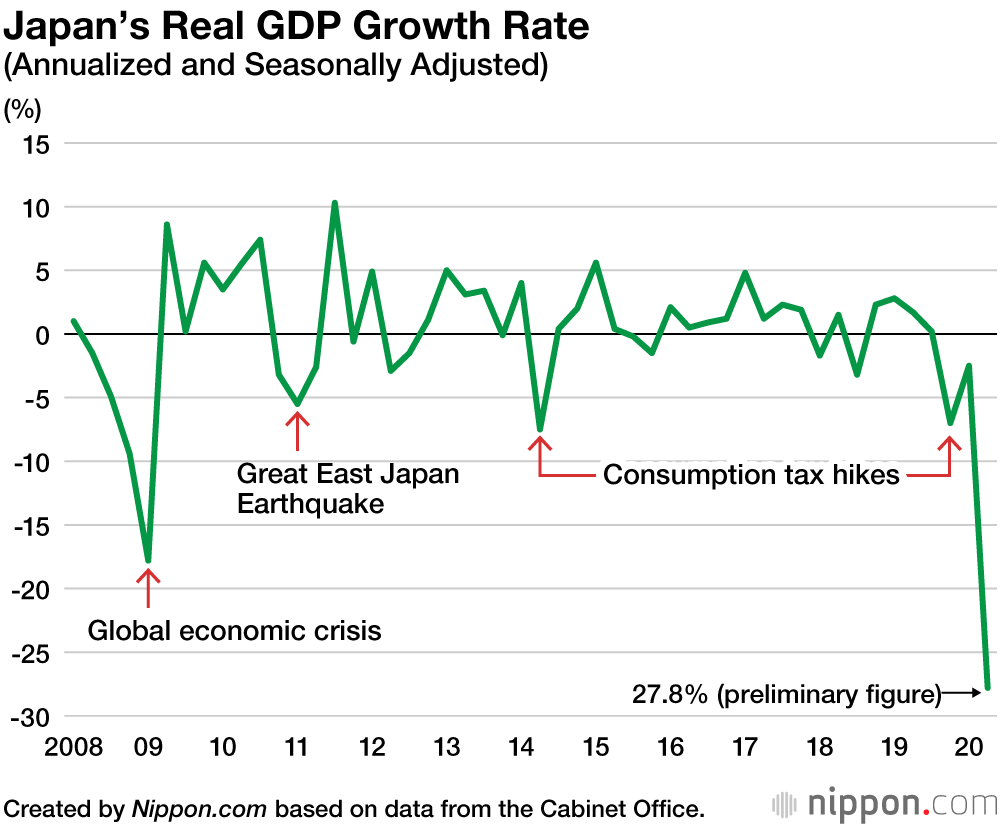 Created by Nippon.com based on data from the Cabinet Office.

(Translated from Japanese. Banner photo: Tokyo Metropolitan Government Building lit up in red on June 7, 2020, during the COVID-19 alert declared in Tokyo. © Pixta.)