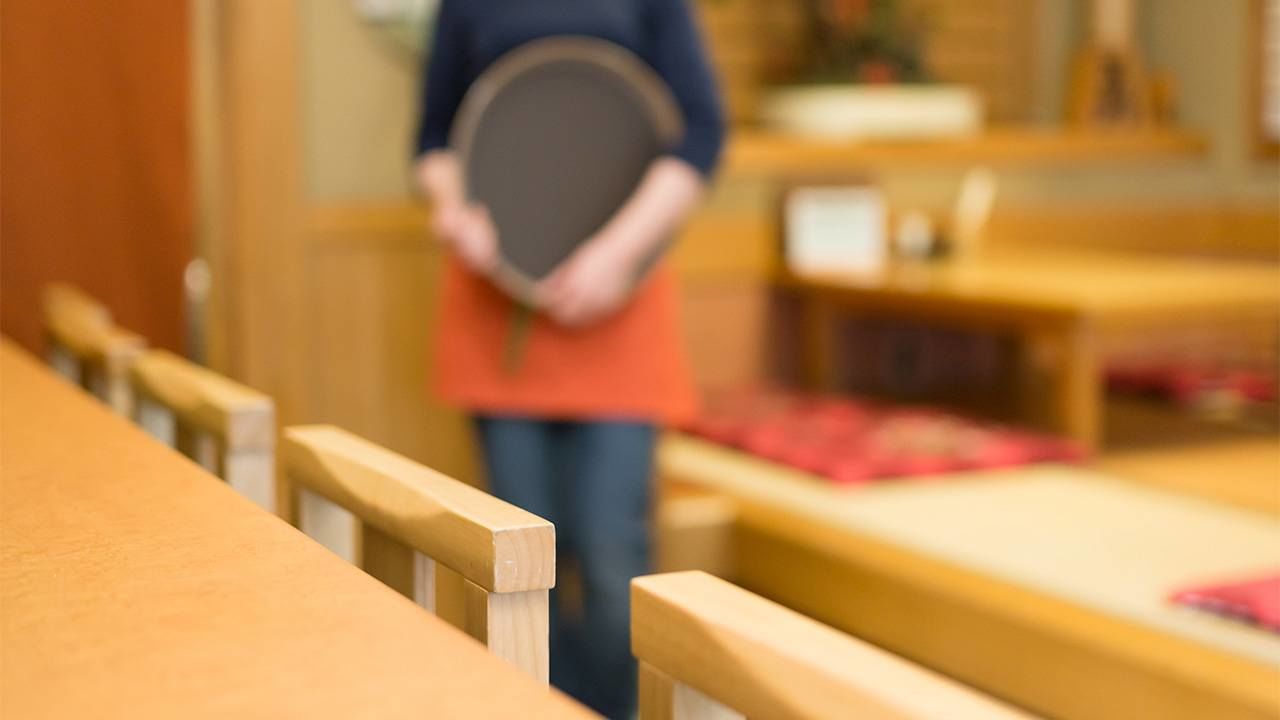 The Organization for Small & Medium Enterprises and Regional Innovation, Japan has been conducting a survey on the impact of the COVID-19 crisis on small and medium-sized businesses every month since April of this year, targeting 2,000 such businesses.

The results of the July survey reveal that the number of businesses that have suffered a major negative impact from the crisis decreased by 1.5 percentage points to 41.3%, but the number of businesses partially affected or that expect a future negative effect rose by 3.5 percentage points to 75.9%. The statistics reveal that even two months after the state of emergency was lifted in Japan, there is no clear prospect for an improvement in the business situation. 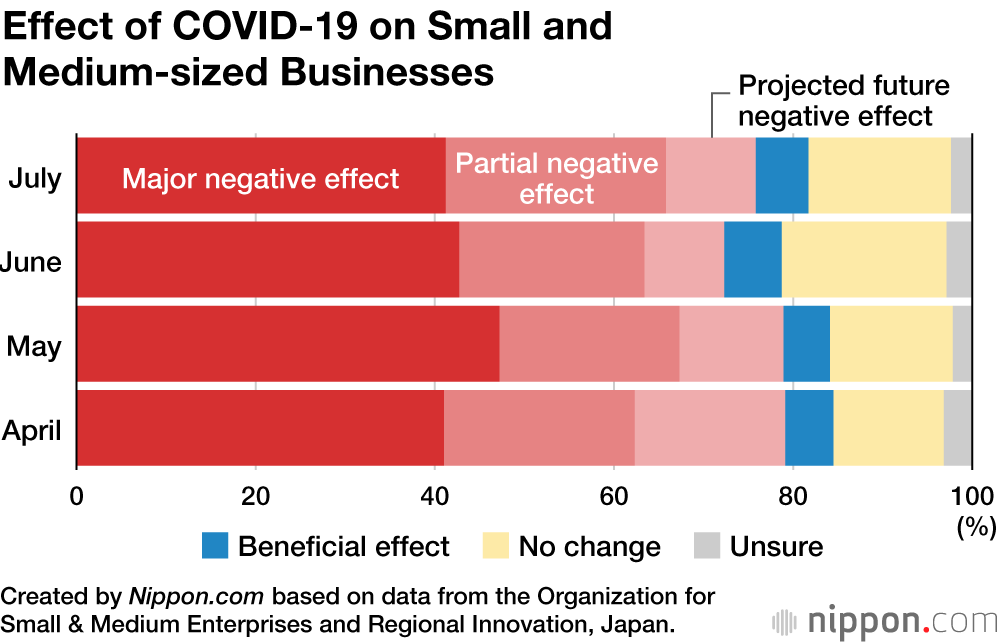 Hotels, restaurants, and bars continue to face an extremely difficult situation, making up a large portion of the businesses that have are suffering a major negative impact from the COVID-19 crisis. 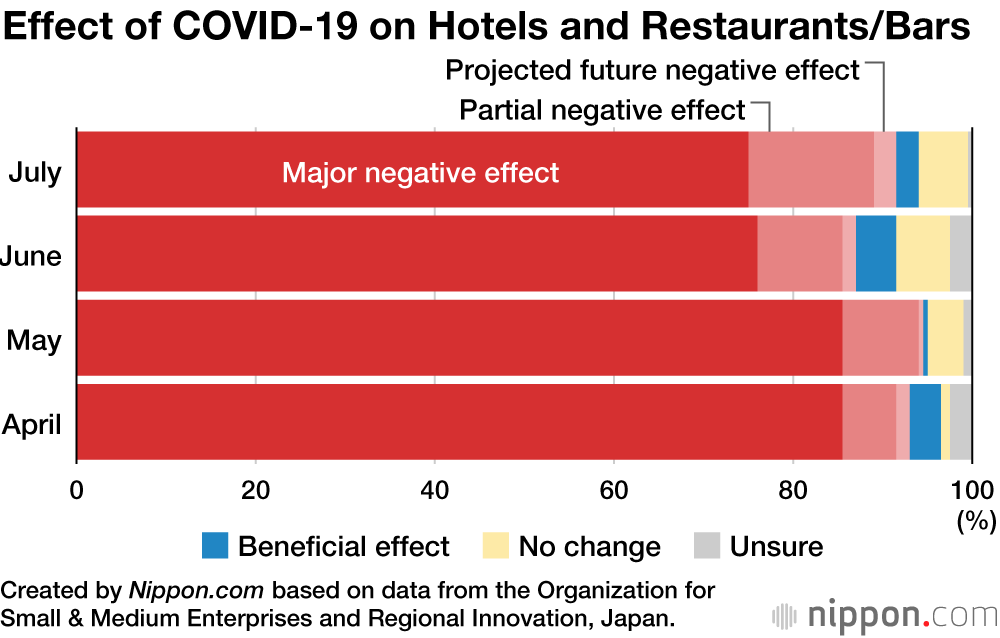 Only 5.3% of the hotels, restaurants, and bars surveyed reported a positive effect from the Go To Travel tourism promotion campaign launched by the government nationwide excluding Tokyo on July 22, whereas 75.1% reported no perceived benefit. Since the survey was conducted at the end of July, just after the launch, there may not have been adequate time to perceive the benefits, but given the subsequent rise in COVID-19 infections, no sign of relief is on the horizon. 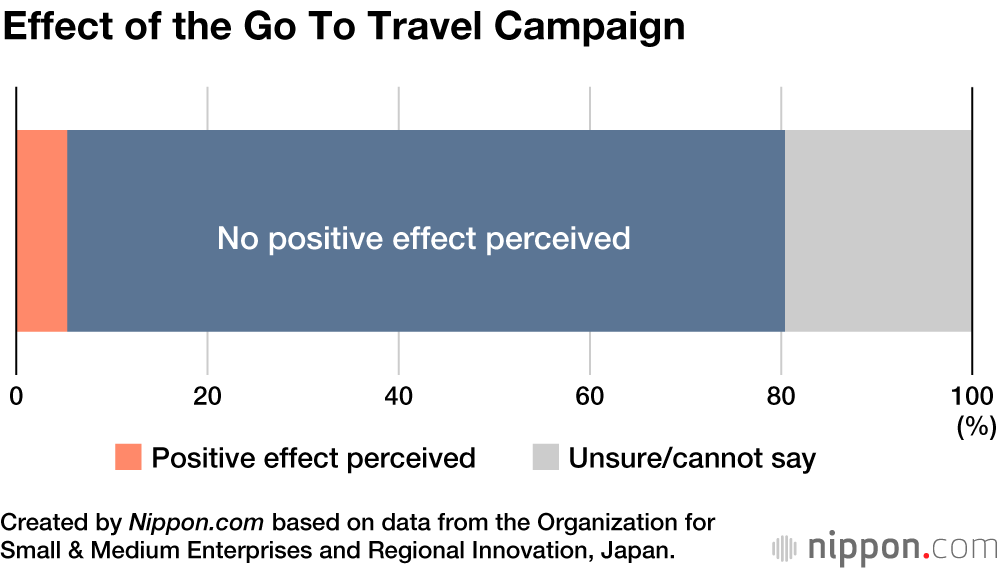