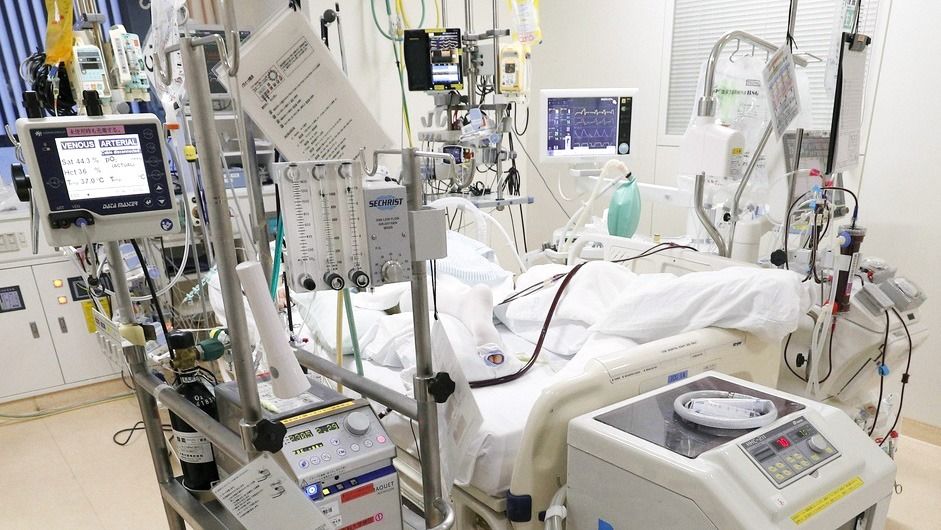 The number of new COVID-19 cases in Japan dropped slightly in the second week of August, compared with the first week, as the country entered vacation mode with a long weekend followed by the Obon holiday season. However, this does not mean Japan has the disease under control. One cause for concern is the rising number of critically ill patients.

Severe cases of coronavirus began dropping steadily after peaking at 332 on May 1 following the government declaring a national state of emergency in April. The number fell to 31 as of July 10, but a new wave of infections since mid-July has pushed the figure up again. As of August 18, there were 243 severe cases, a threefold increase compared to the beginning of the month.

Coronavirus cases in Japan started to surge again in June and July. New infections centered on nightlife entertainment districts in major cities, although people in their twenties and thirties accounted for many of the cases and symptoms tended to be mild. However, infections within households and clusters at hospitals and facilities for seniors are increasing. This has led to a higher proportion of older people being infected, which is thought to be driving the rise in severe cases.

The uptick in severe cases is putting the nation’s medical services under greater strain. As of August 17, Osaka had 70 severe cases, more than any other prefecture, and 37.2% of the hospital beds it set aside for such patients are now occupied. Tokyo had 27 severe cases, and a corresponding hospital bed occupancy rate of 27%. 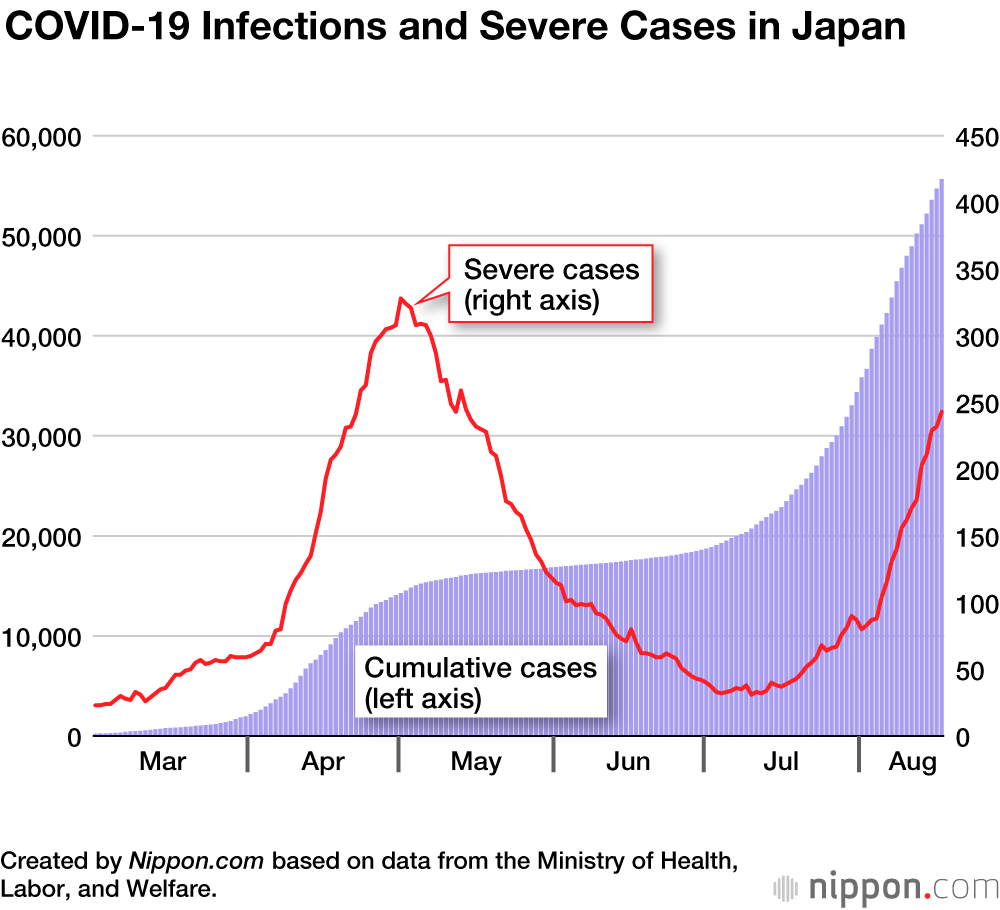