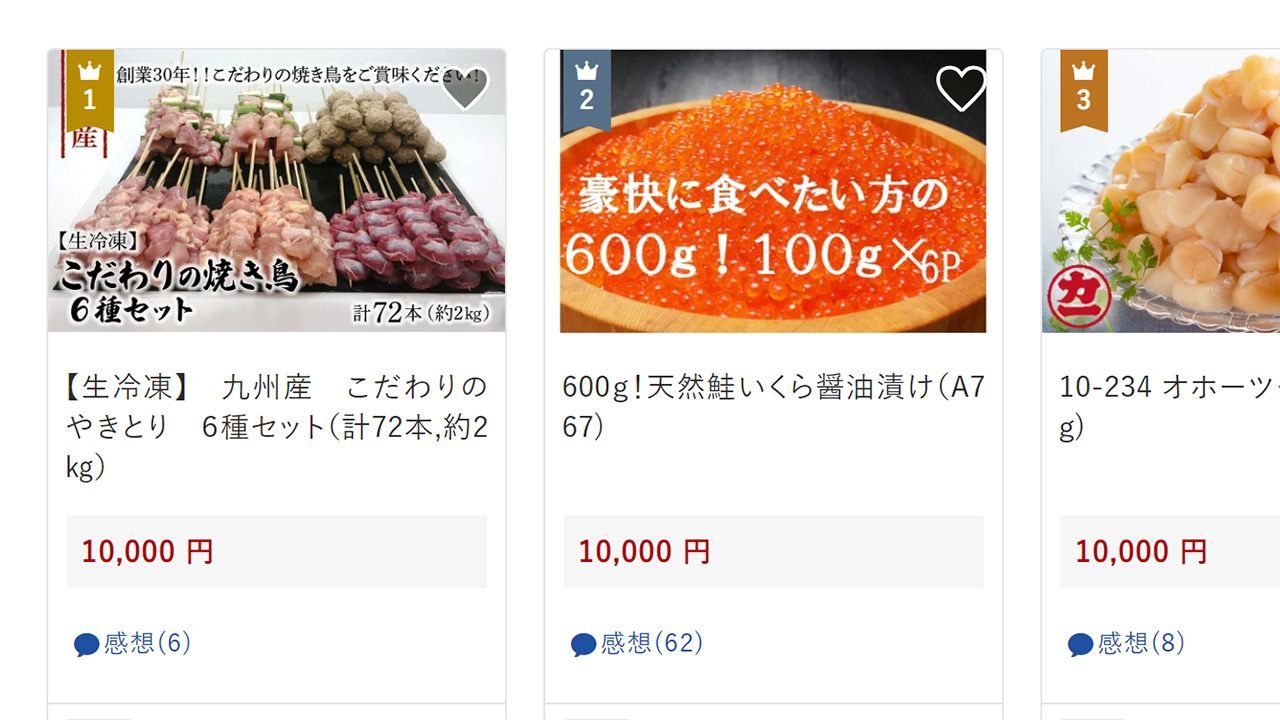 Society Politics Sep 10, 2020
New rules meant that the total amount of donations made through Japan’s furusato nōzei or hometown tax system fell in 2019 for the first time in seven years.

The Ministry of Internal Affairs and Communications announced that the total revenue for local governments nationwide in 2019 from the furusato nōzei hometown tax system fell by 4.9% year on year to ¥487.5 billion. A new system introduced in June 2019 to curb excessive competition for return gifts has led to a decline in revenue, which for the six years up to 2018 had reached consecutive record highs. A slight increase in the number of donations received was seen, up 0.5% from the previous year to 23.3 million. 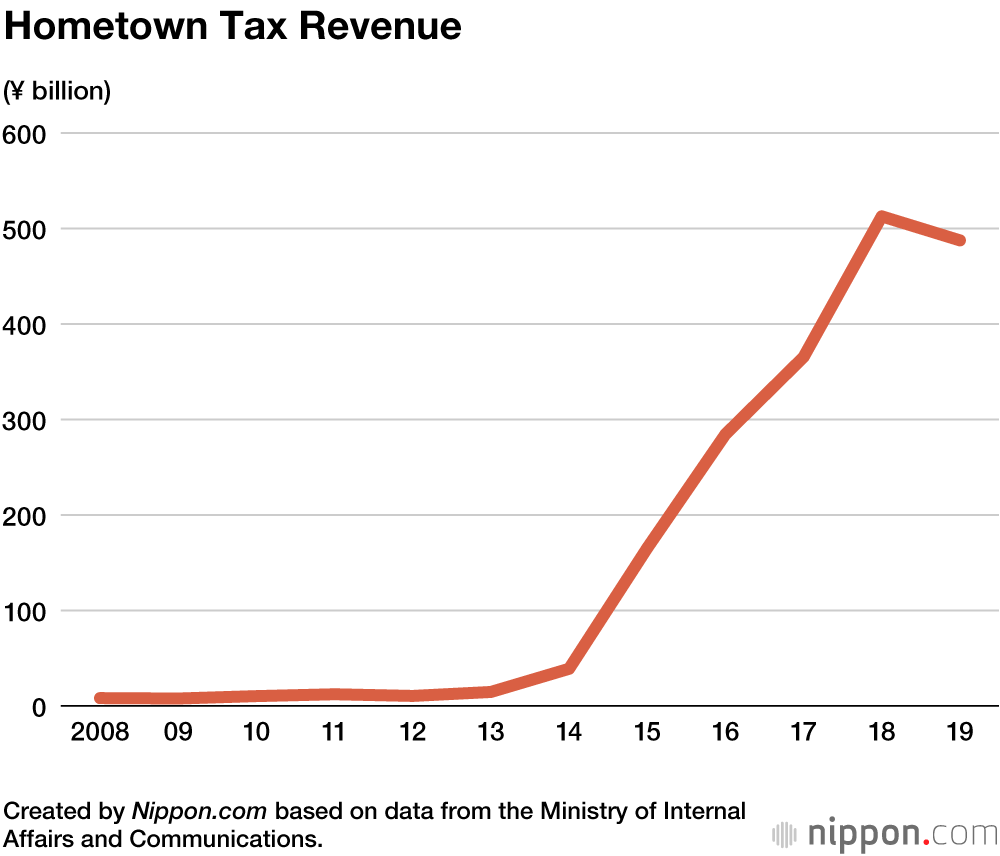 The furusato nōzei hometown tax system was introduced in 2008 to address the regional divide in tax revenue. People who donate more than ¥2,000 to the local government they want to support can receive a reduction in income tax and residence tax by the total amount donated minus that ¥2,000. This system became hugely popular because, in return for the donations they received, local governments reciprocated with luxury items like locally produced agricultural and fishery goods and other special products, and it was seen by taxpayers as being more beneficial economically to make donations.

This encouraged local governments to provide high-priced return gifts, so that they could collect as many donations as possible. The fierce competition drew criticism as it was a significant deviation from the original purpose of the system. In June 2019, the government implemented new rules whereby the return gifts are limited to local products that have a value of less than 30% of the donated amount. This change seems to have been reflected in the drop in last year’s revenue.

The municipality that received the largest revenue in 2019 was Izumisano in Osaka Prefecture, receiving approximately ¥18.5 billion in total from 307,630 donations. Miyakonojō in Miyazaki Prefecture came second with ¥10.6 billion, followed by three municipalities in Hokkaidō: Mombetsu that received ¥7.7 billion, Shiranuka with ¥6.7 billion, and Nemuro with ¥6.6 billion. Miyazaki Prefecture appeared again in sixth place with Tsuno, which received ¥5.2 billion.

By municipality, Yokohama suffered the biggest total fall in revenue from the hometown tax system with ¥14.5 billion, as 200,000 people from the population of 3.7 million qualified for tax exemptions. It was followed by other major cities including Nagoya with ¥8.6 billion, Osaka with ¥7.1 billion, Kawasaki at ¥6.4 billion, and Setagaya in Tokyo with ¥4.9 billion.

(Translated from Japanese. Banner photo: A screenshot of the hometown tax portal website Furusato Choice, showing the ranking of popular return gifts and the donation amount needed to receive each gift.)