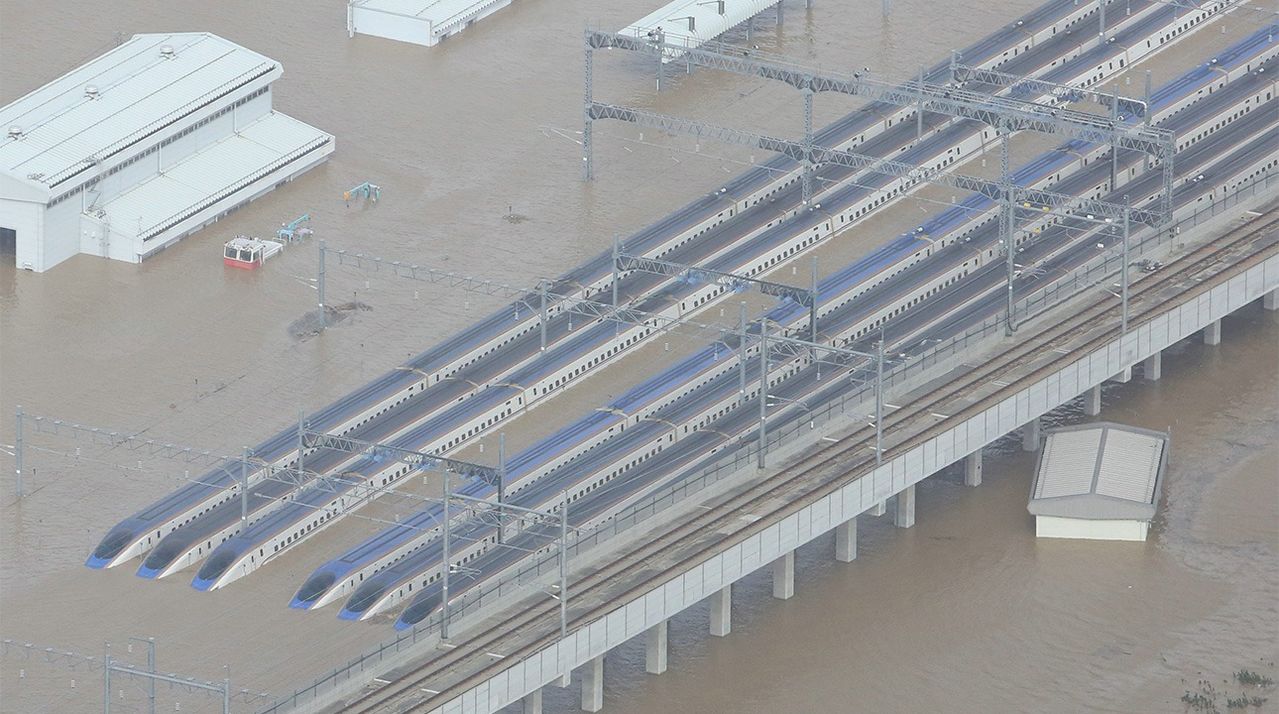 Total flood damage in Japan in 2019 came to a provisional figure of ¥2.15 trillion, according to the Ministry of Land, Infrastructure, Transport, and Tourism. This includes damage from flooding of rivers and other bodies of water, inundations caused by heavy rain overflowing drains and sewers, storm surges, tsunamis, debris flow, and landslides. With the exception of years when Japan was struck by a major tsunami, this is the highest average amount of annual damage since records were first kept in 1961.

By category, ¥1.59 trillion or 74.2% of the total damage was of general assets (including household and daily items), ¥520 billion or 24.4% of public civil engineering infrastructure (such as that related to rivers and roads), and ¥30.4 billion or 1.4% of public facilities (including railways and water facilities).

Typhoon Hagibis, which struck in mid-October, caused ¥1.86 trillion of damage. This is the highest on record for a single event, exceeding the ¥1.22 trillion in flood damage caused by torrential rains in July 2018. Typhoon Hagibis resulted in record rainfall in a wide-ranging area, breaking 142 levees nationwide. The extensive damage from the disaster resulted in 87 dead or missing and damage to over 80,000 buildings. 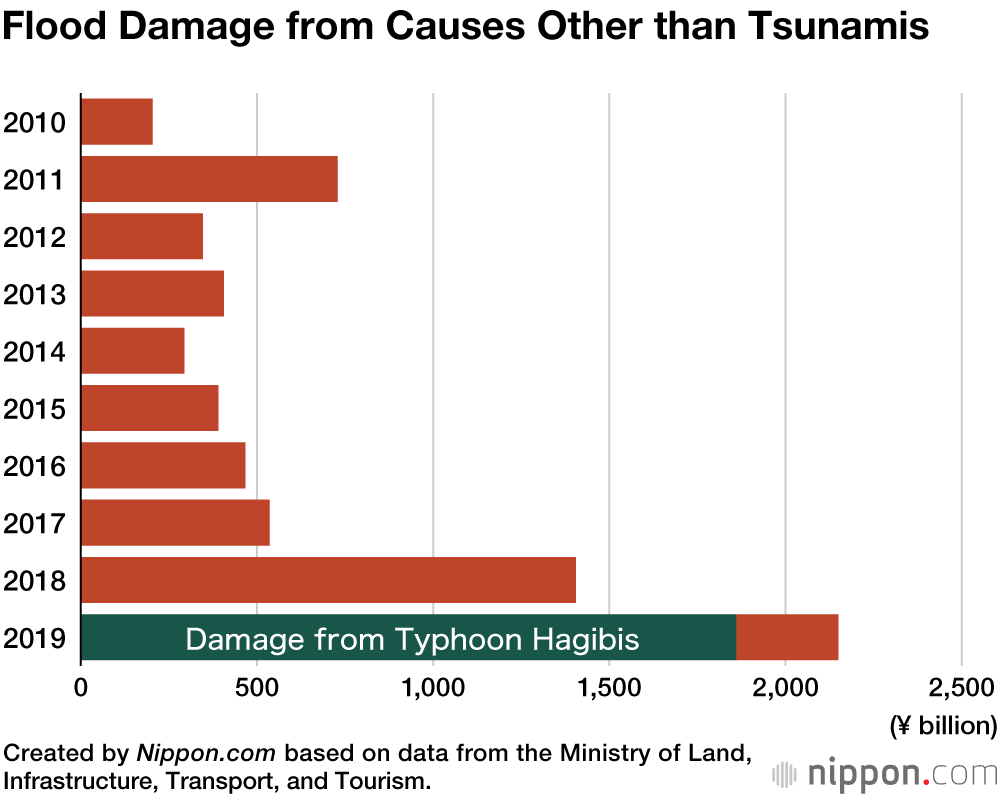 The prefectures that suffered the greatest flood damage in 2019 were Fukushima (¥671.5 billion), Tochigi (¥254.6 billion), and Miyagi (¥251.2 billion). Each of those figures represent the highest amount on record for the given prefecture.