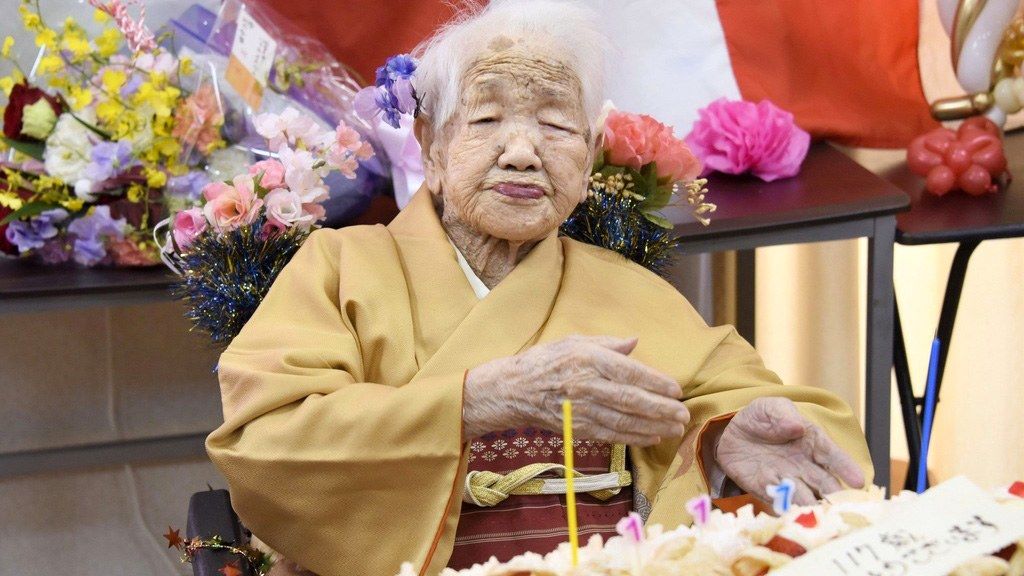 There are 80,450 centenarians in Japan. On September 15, the Ministry of Health, Labor, and Welfare announced the total, based on resident registration data as of September 1, 2020, which is an increase of 9,176 from the previous year and the first time it has surpassed the 80,000 mark. There has been a steady rise in people aged 100 or over for the last 50 years. Japan is well known for its long life expectancy—women account for the majority of centenarians with a ratio of 88.2%. 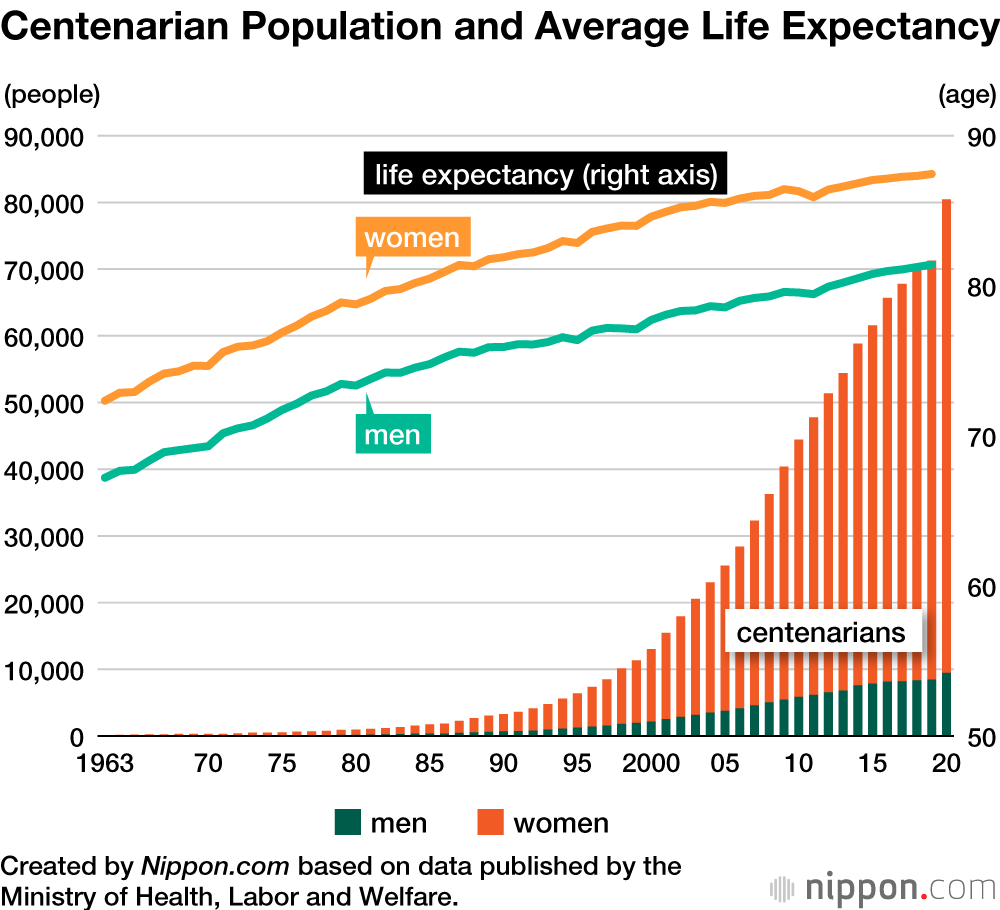 Japan’s oldest woman is 117-year-old Tanaka Kane of Fukuoka, Fukuoka Prefecture. In March 2019, she was officially recognized by the Guinness Book of World Records as the world’s oldest living person. On September 19, she became the oldest Japanese person ever at 117 years and 261 days. The country’s oldest living man is 110-year-old Ueda Mikizō of Nara, Nara Prefecture.

In 1963, when the government enacted the Act on Social Welfare for the Elderly, there were 153 Japanese centenarians nationwide. That figure passed the 1,000 mark in 1981, topped 10,000 in 1998, and since then has continued to rise steadily. For the first time this year, there was a year-on-year increase of more than 9,000 people becoming centenarians. This is seen as mainly due to the higher number of births in 1920 compared to the years prior to that.

The prefecture with the highest ratio of centenarians per 100,000 population was Shimane at 127.6, more than triple that of the lowest prefecture Saitama with 40.01. Western Japan tends to have higher ratios than the east of the country, and there are particularly low figures in Kantō and other urban areas.

Created by Nippon.com based on data published by the Ministry of Health, Labor, and Welfare.