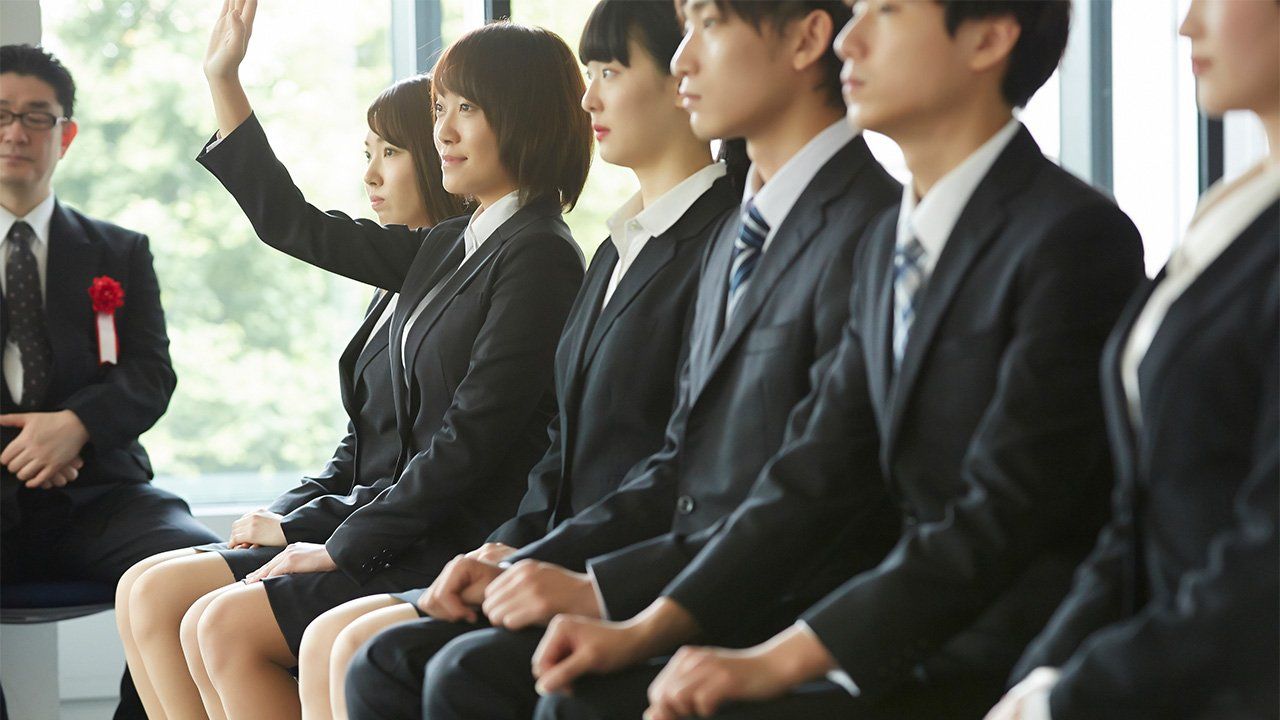 Economy Society Oct 27, 2020
A survey of new employees in Japan found that approximately half want to quit their company within 10 years and less than 20% plan to stay with the same employer until they retire.

The survey was conducted online by human resources company Mynavi during the period July 31 through August 3, 2020. It received valid responses from 800 people (400 men and 400 women) aged 22 to 23. 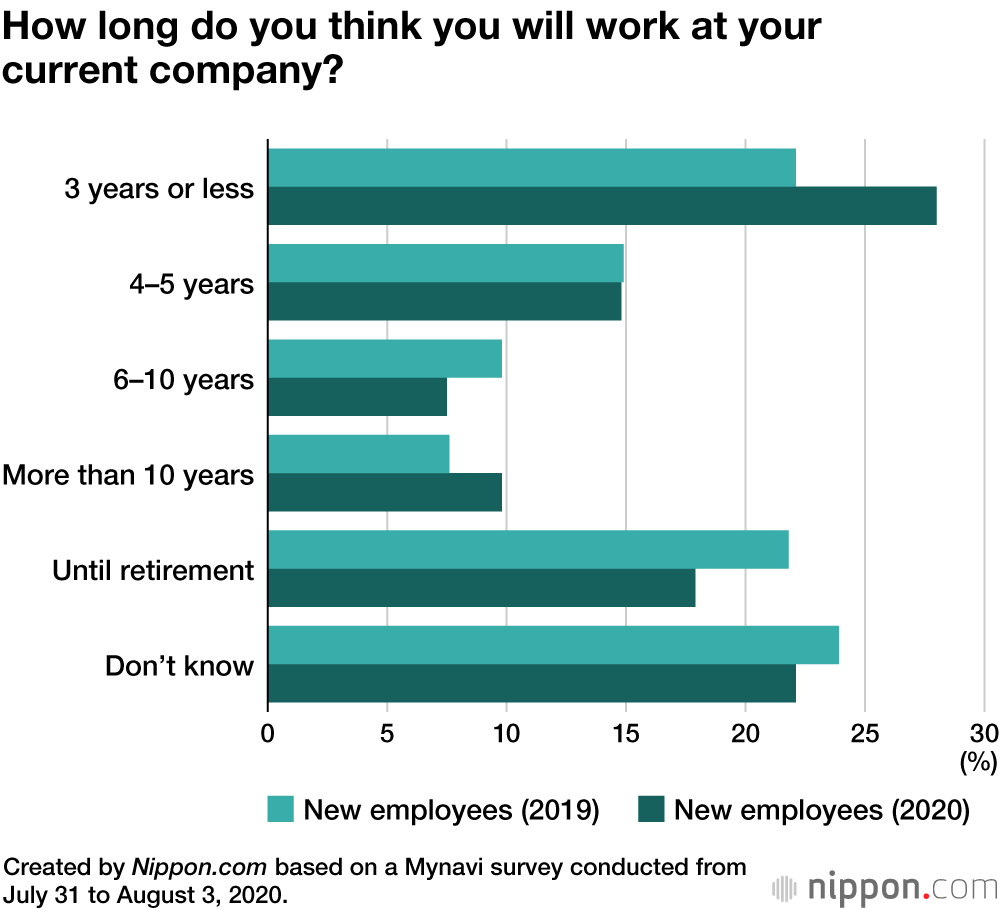 Among the reasons new employees gave why they do not think they will stay a long time at their current company, 38.1% said they wanted to change the way they worked to be able to match the life stage they were at (such as if starting a family), while 35.8% answered they intended to switch jobs to further their careers. A total of 25.9% (down 3.0 points) had an improved image of their company since joining, while 20.3% felt it had changed for the worse (up 7.9 points). 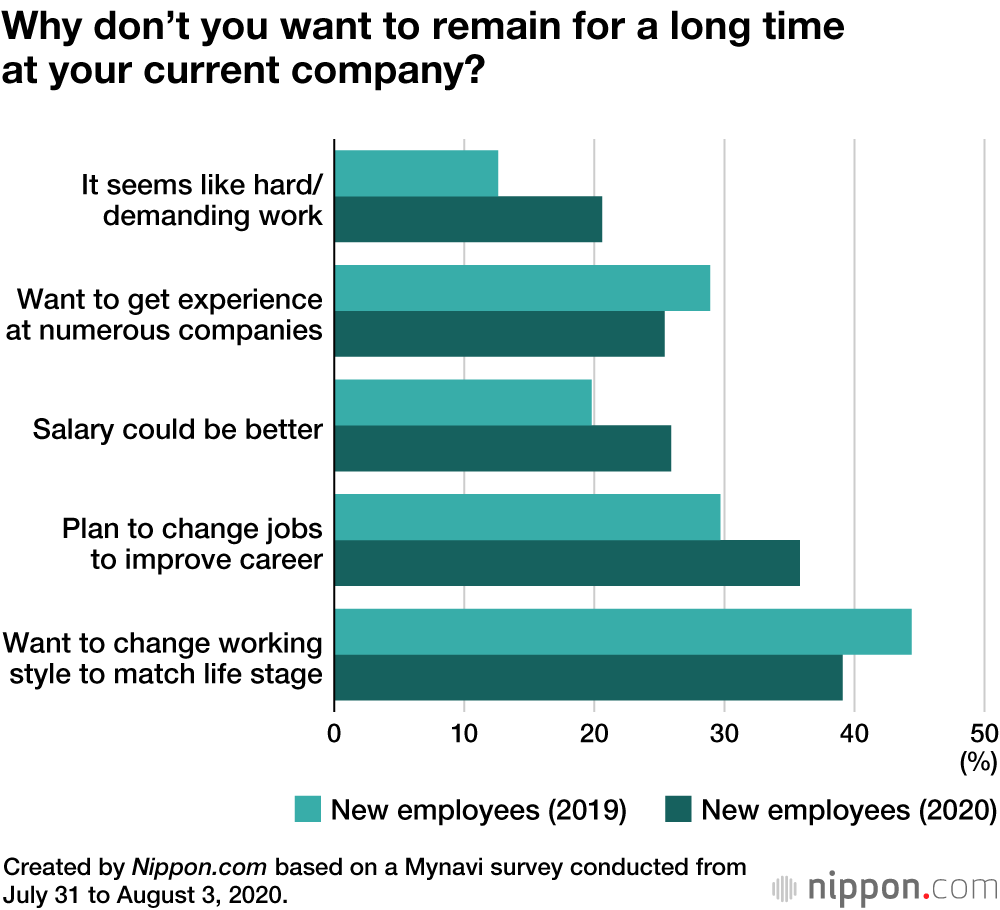 Among the reasons for being satisfied, employees who were working remotely said it was because they could work comfortably from home, even when training. Some of those that were dissatisfied mentioned that they had wanted to work from home sooner and those that could not telecommute said that information on internal decisions made by the company were not reaching each employee.