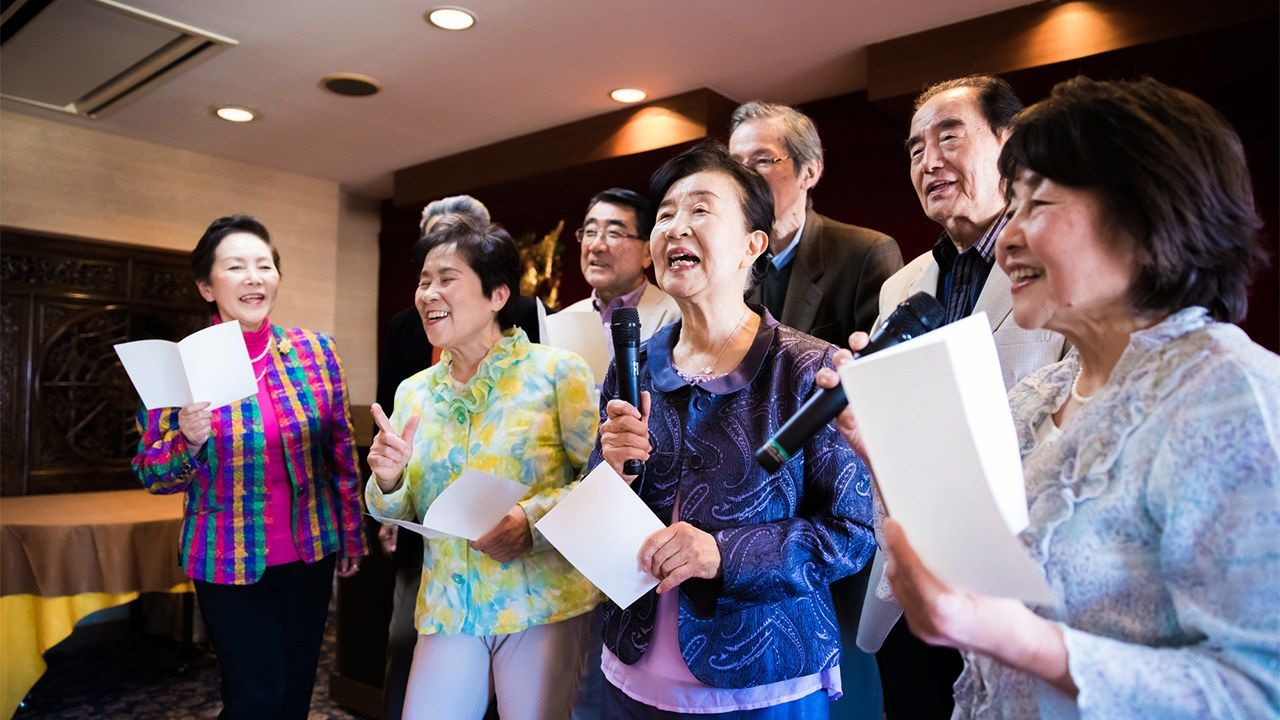 Society Nov 9, 2020
Seniors in Japan are leaving the home less and reducing time spent with others during the pandemic.

A survey of senior citizens in Japan found that around 70% have less social interaction due to the trend toward staying home to avoid contracting COVID-19. The results show that even after the state of emergency was lifted in Japan, many people are still limiting their excursions.

The survey was conducted in early August by mobility scooter retailer Whill. Responses were received from 600 seniors with an average age of 74.2. The respondents were split evenly between 300 persons who find it difficult to walk and 300 who do not. 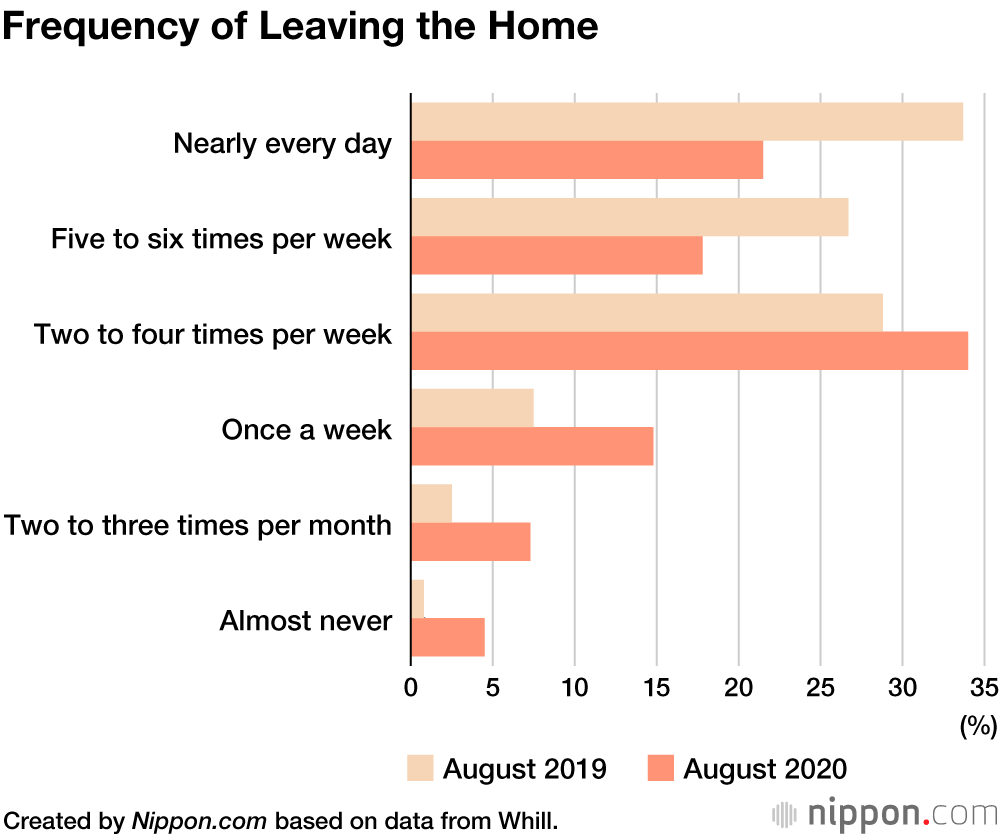 The results among those who find it difficult to walk show that 32.7% currently go out of the home only one day or less per week, a roughly threefold increase compared to 12% for the period one year ago. 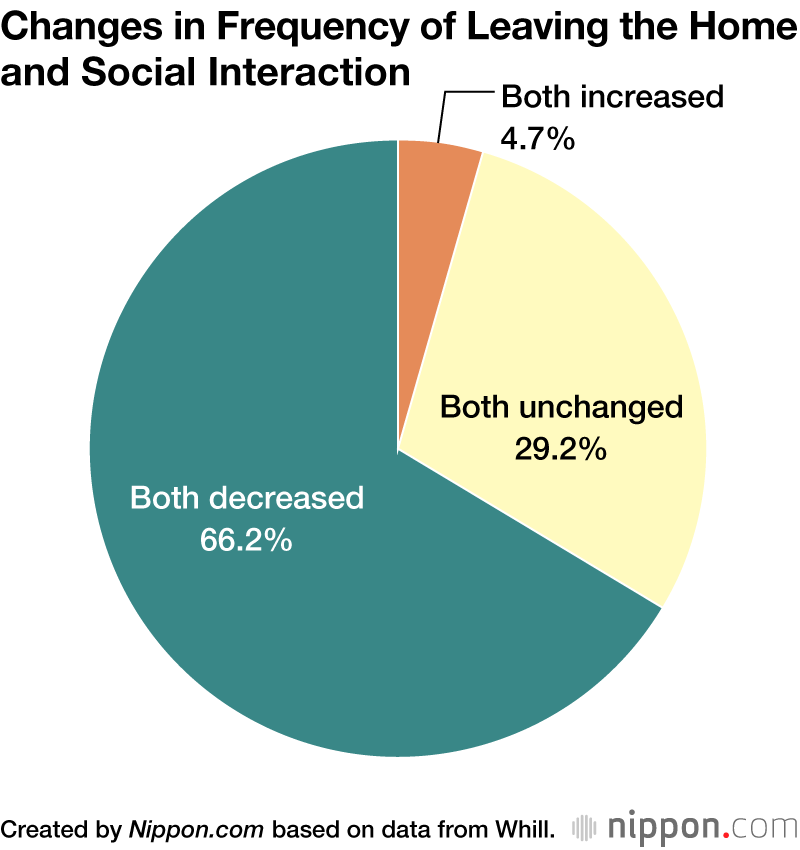 Compared to a year ago, the following activities outside the home by senior citizens fell particularly sharply: 86.7% decrease for attending theatrical performances or movies, 76.1% decrease in visiting the homes of relatives or friends, 65.1% decrease in participation in local activities, and 63.9% decrease in visiting gravesites or temples and shrines. Apart from those sorts of excursions, the frequency of eating out, interacting with friends and neighbors, and taking part in volunteer activities also fell by more than 50%.