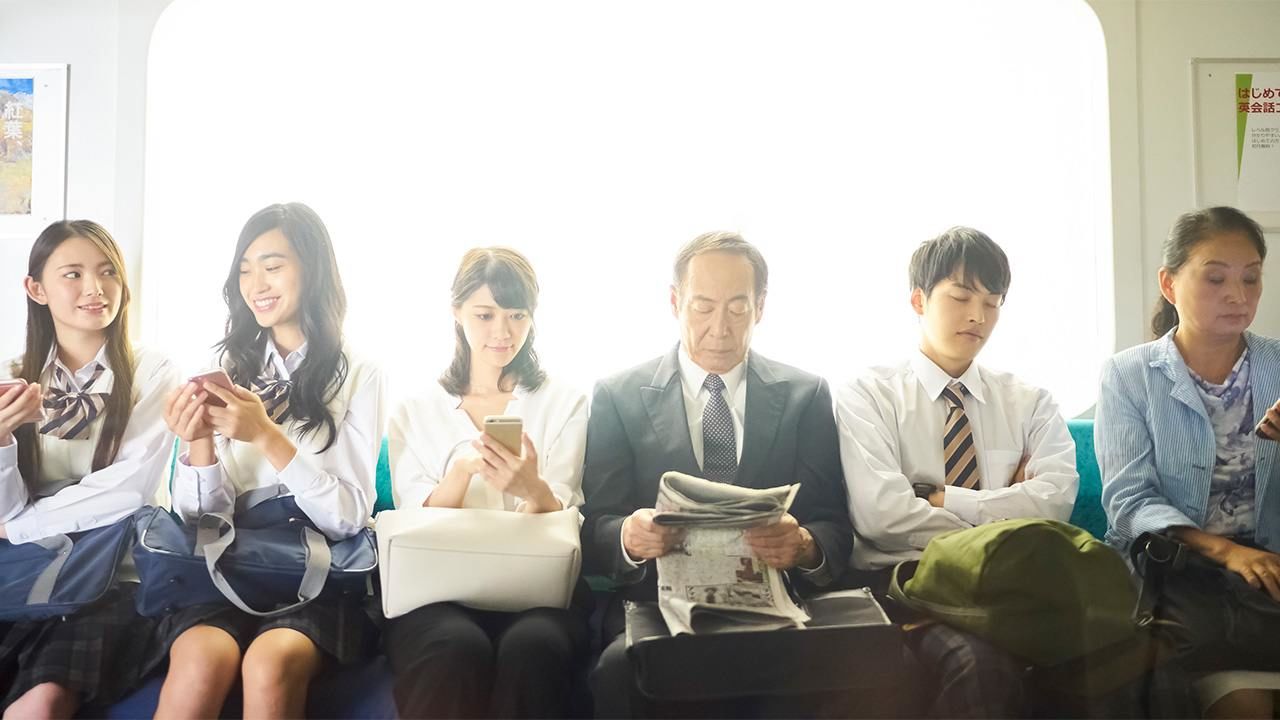 Education Society Economy Nov 11, 2020
When even adults are turning away from newspapers, it is no surprise to learn from a recent survey that around 70% of young Japanese people do not read them.

A survey of 1,000 teenagers aged 17 to 19, conducted by the Nippon Foundation from late September to early October, found that only 32.7% read newspapers. This is a 15-point drop compared to the 2018 survey, meaning that now around two in three young people do not read them. 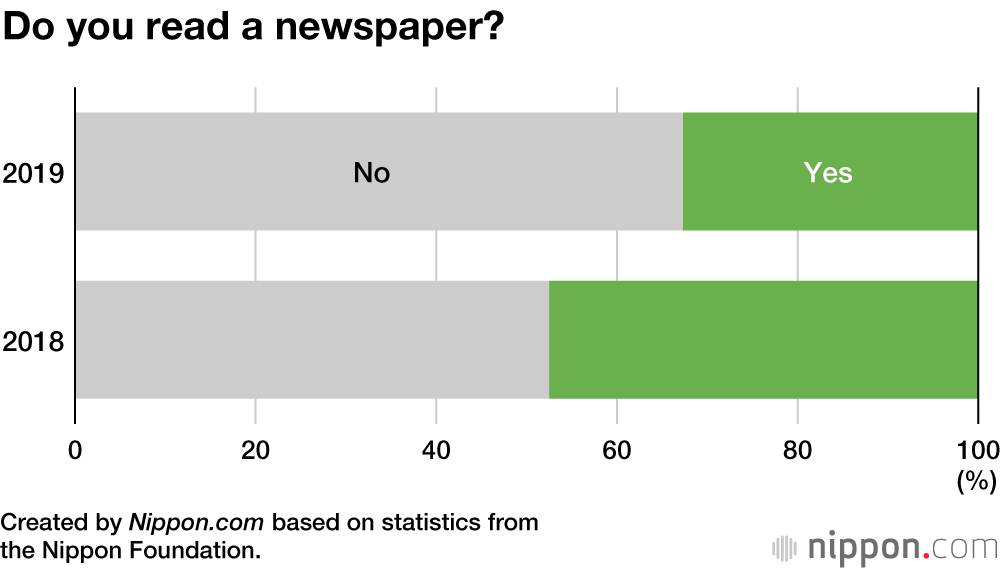 The most common reason for not reading a newspaper, at 47.8%, was that it is too much trouble or they had no time. Other common reasons included the lack of a subscription in their household or the fact that newspapers cost money. With so much free information available to read online, some saw little incentive to pay for content. In contrast, those who do read newspapers cited as the main reason the desire to widely know what is going on in the world.

Reasons for Not Reading a Newspaper

Reasons for Reading a Newspaper

A total of 77% of the respondents who read newspapers said that they spend either “less than 5 minutes” or “5 to 10 minutes” reading a newspaper, showing that even among those readers they are mainly skimming the content. 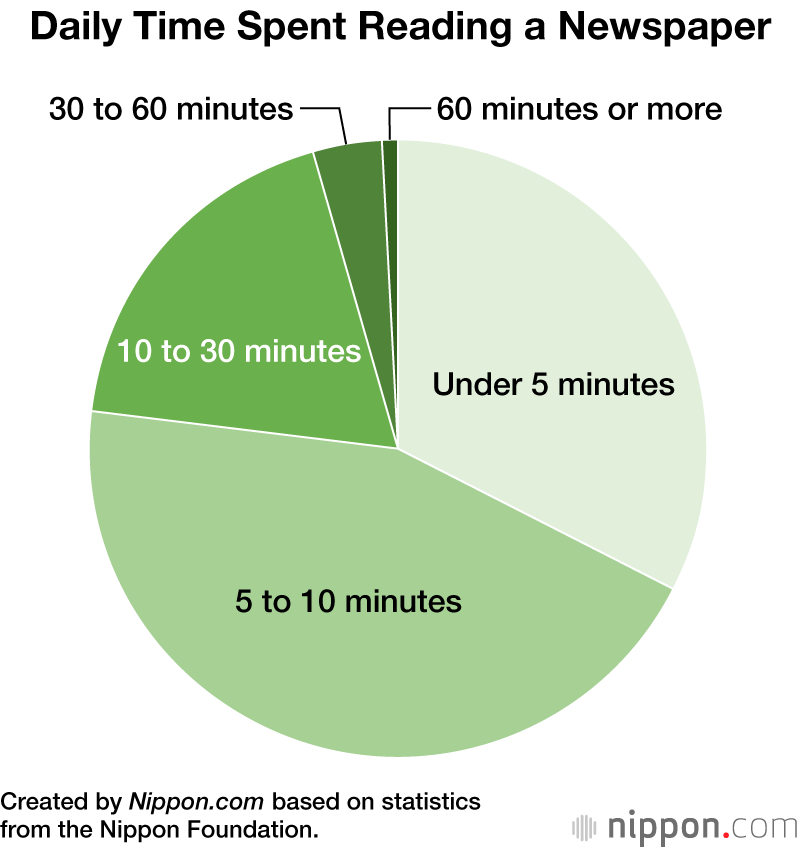 Where are young people getting their information these days? Surprisingly, considering the central role of smartphones in their life, the majority of those surveyed, or 52.7%, are getting their information from television programs. The next most popular source is social media featuring short text like Twitter, followed by video-sharing sites like YouTube. Trailing far behind are newspapers, which just 6.8% said they use as a source of information. 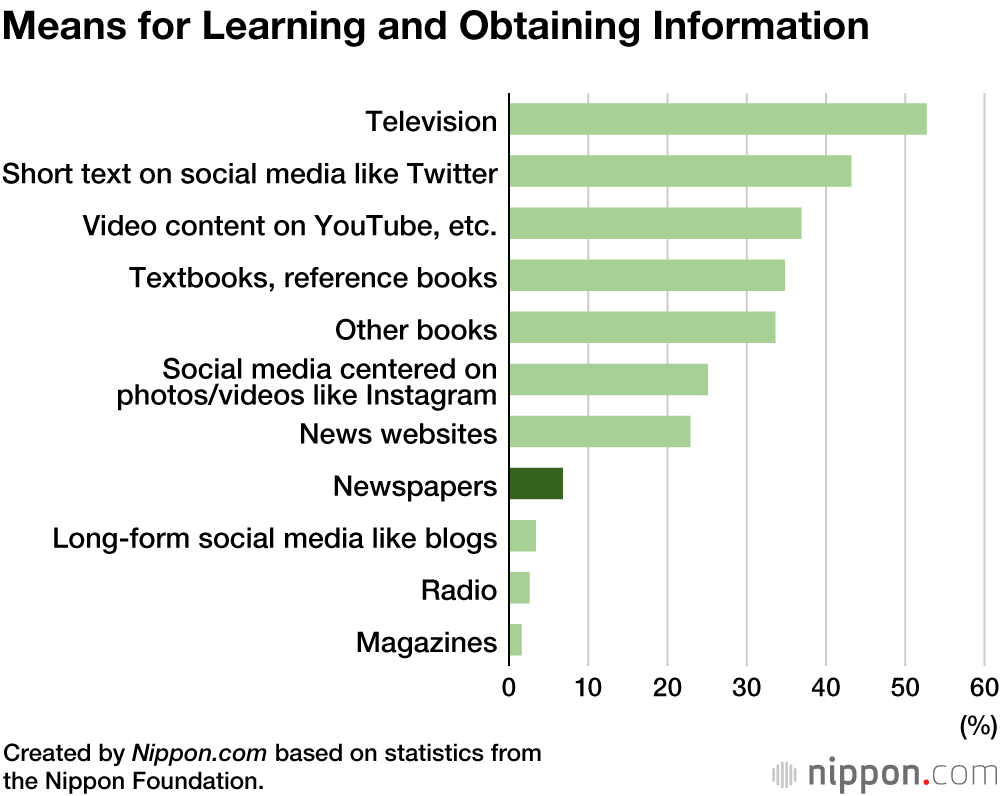