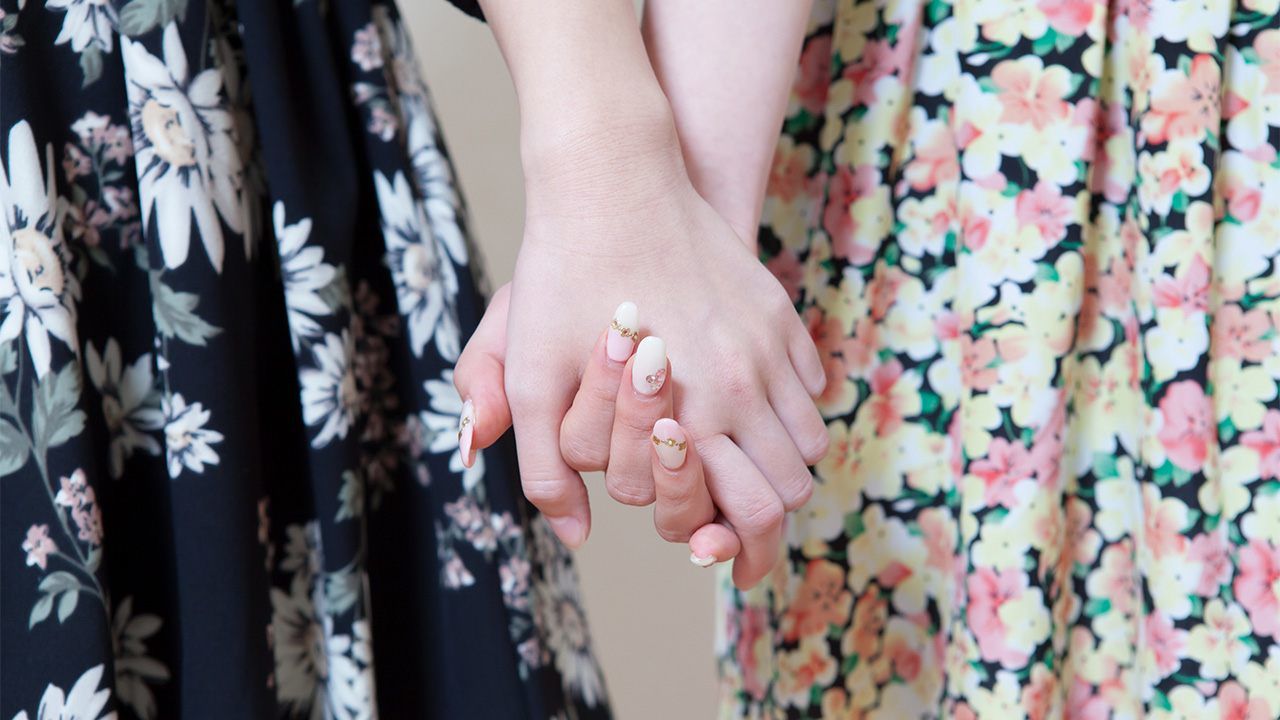 Society Work Gender and Sex Nov 10, 2020
A survey of business people in Japan found that many companies had no systems or initiatives to support LGBT people.

LGBT is becoming an established phrase in Japan; however, in a recent survey, only 31.0% of people said they fully understood it and 50.6% answered that they just had some understanding.

In early August 2020, Au Jibun Bank conducted a survey of 1,000 businesspeople in Japan, 500 of whom identified as being part of a sexual minority. When asked if the company where they worked had systems or initiatives to support LGBT people, 48.3% or nearly half responded that there was nothing in place. The percentage of respondents working at domestic companies who answered that there was no system was 20 points higher than for foreign-owned companies. 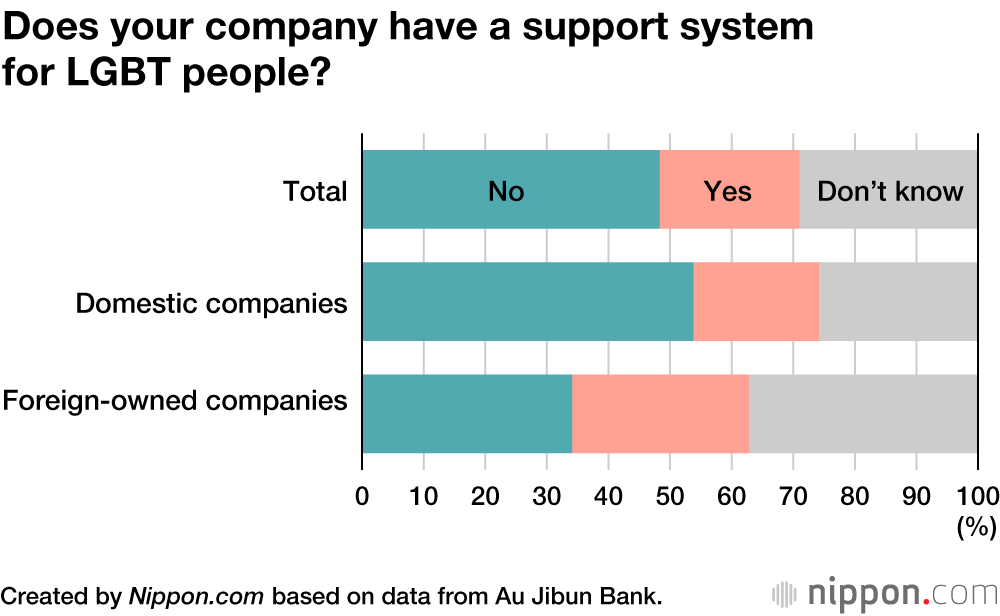 The main support systems provided by companies included being allowed to receive congratulatory money gifts or bereavement leave for a same-sex partner (36.6%), LGBT awareness training (36.1%), participation in or sponsorship of LGBT events (34.4%), and clear statements against discrimination (33.0%).

When asked whether their company’s support system and initiatives for LGBT people had been important in choosing that workplace, 20.6% of respondents who identified as LGBT answered that it was either very or somewhat important, meaning nearly 80% of people surprisingly did not think about a support system. 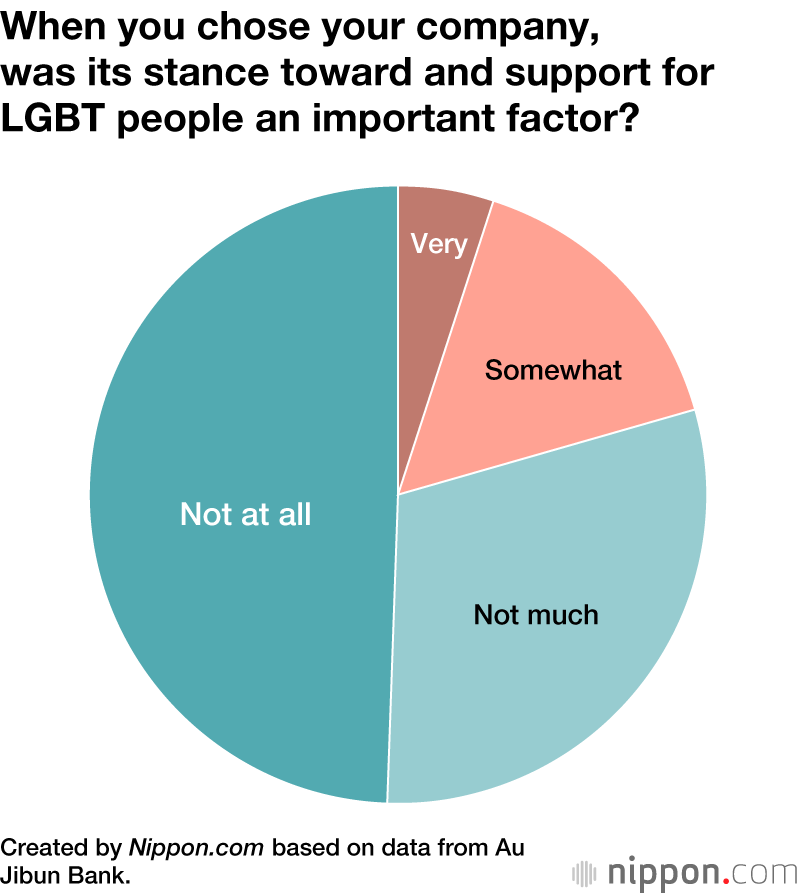 LGBT respondents gave various reasons for not placing importance on having specific support. A 48-year-old man said, “My sexuality is my own business, so I don’t expect the company to do anything.” A 23-year-old man commented, “There’s no need to place so much weight on it, unless there’s extreme prejudice.” Meanwhile, a 45-year-old woman stated, “I wasn’t planning to come out.”

When asked what kind of support they wanted their company to provide, many hoped for deeper understanding. A 27-year-old woman remarked, “I’d like it if my workplace could be open and show clear understanding.” A 30-year-old woman said, “I hate it when people tiptoe around and want training to say not to give special treatment.”

Of those who identified as LGBT, only 17.6% or one in five had come out at their company. This had led to issues in their workplace. A 39-year-old man said, “I have to lie when I’m asked about when I’m going to get married or why I don’t have a girlfriend.” A 40-year-old man mentioned, “I can’t keep up with topics about the opposite sex, like favorite celebrities or marriage,” and a 45-year-old woman voiced, “I don’t want to wear an office uniform.” 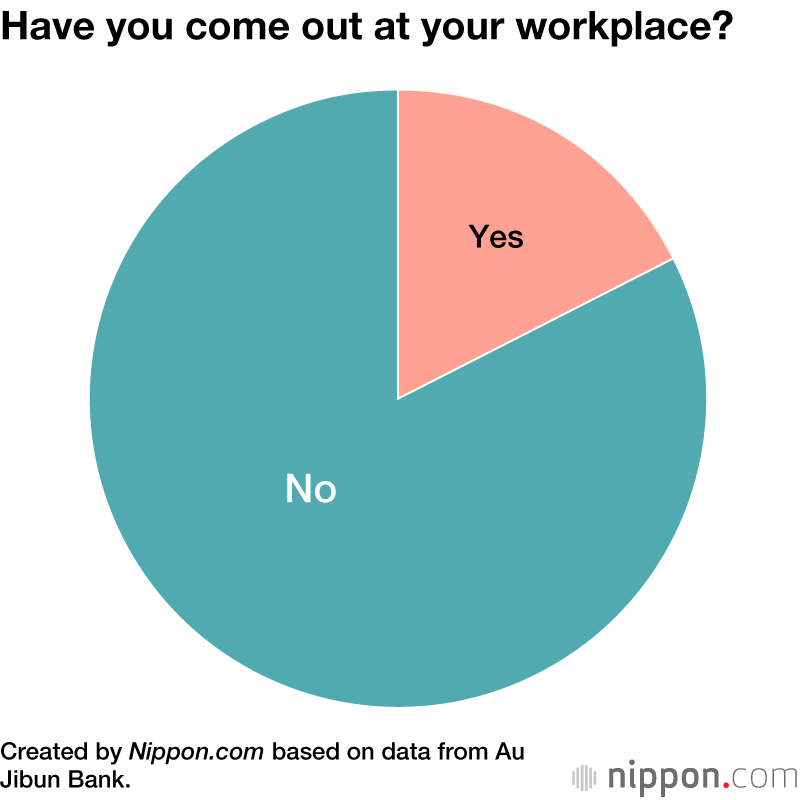